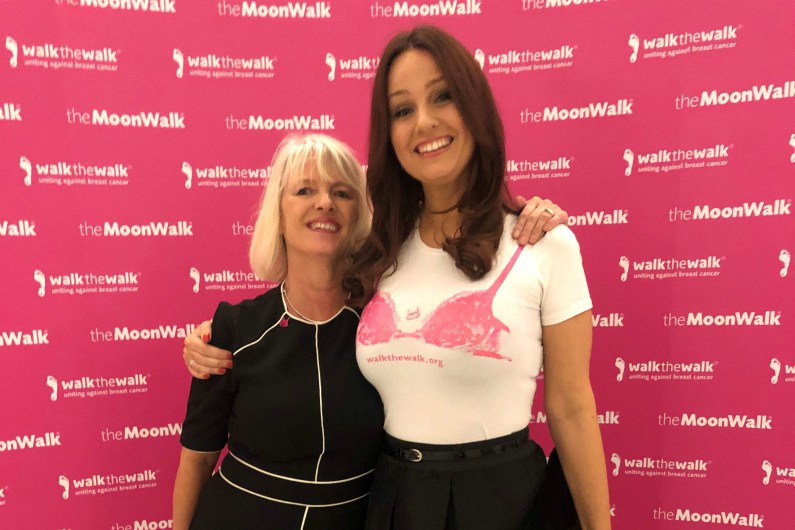 Hello everyone! I hope you’re keeping well. Thank you for taking time out to come and look at my little bloggypoo.

Okay, so I realise that in my old age I am an abnormally cold individual. Jill Franks comes close but I think I could set records for the icyness of my extremities just now. The biggest consolation is that it means Christmas is coming. I adore Christmas so much.

How’s your Christmas shopping going? Have you managed to bag any bargains, or snapped up some of the Festive Find offers we’ve had? Me? I’ve got a few bits done, but I don’t want to let any cats out of bags on here…

So let’s talk pies! I’ve been a huge fan of The Real Pie Company for many years. Brett Hornby, chief pieman, and I used to wolf down our own body weight in pies on air during his shows.

Since I went vegan I haven’t been presenting as many food shows but I really do miss them. Brett and I have been discussing the possibility of creating some vegan pies for some time now.

The other day Brett found me at work and let me know that there were some pies for me in the kitchen! I was so excited! He said he wanted me to be part of the taste trials for his new vegan recipes!

Well, I can reveal that they were crammed to the crust, delicious and a fantastic first run of vegan pies! Brett has asked for my honest feedback so I will be giving that to him along with some suggestions for future flavours. I’ve got some ideas which I just know he, and vegans, will gobble up!

I can’t give too much away at the moment regarding the exact ingredients, but the trial pies were lovely – vegetable-based with a great blend of herbs & spices. Just look at how yummy they are!!

I’ll keep you updated on project pies when I have more to tell you. Plant-based? Watch this space! Well, even if you’re not… updates will follow soon.

Onto bras… earlier this year I and my best gal pal, Mandy, and my partner, Jamie, took part in the ‘Moonwalk’ overnight marathon with charity Walk the Walk. They raise money for breast cancer charities with people simply putting one foot in front of the other and walking the walk in their bras!

We were utterly thrilled to take part, and we plan to do it all again next year. It certainly was a challenge, but one filled with great memories and it’s for such an important cause.

We were invited to attend an event at the Victoria and Albert Museum in London which showcased some very special bras with a fashion show. One was a Julian MacDonald designed bra, another was by Lorraine Kelly.

Part of the fun is decorating your bra ahead of the event, and this year’s theme was disco. We glittered our way around the city through the night. Next year’s theme is space! Not quite sure yet what treatment the bras will be given for that, but I’m sure it’ll be another very memorable night.

If you’ve ever considered doing the moonwalk I can highly recommend it. We met this lady, Karen, who has taken part over twenty times! Can you believe she is 71 years old and has no plans of stopping walking the walk? Amazing.

Karen’s daughter had a diagnosis of breast cancer not too long ago and, although she’s doing well, I think this has spurred Karen on even more to keep on walking. What a remarkable lady, eh?

Jamie and I decided to stay overnight in London. Jamie is ex RAF so we stayed at the Victory Services Club after the V&A and then spent the next day enjoying London’s galleries.

We went to the Natural History Museum, the Tate Modern and Tate Britain. It was a very soggy day weather-wise, but we had a fantastic time.

Finally… Bristol. My daughter lives in Bristol as she is studying music there. She often says I should move there, too. It’s definitely my kind of place. The people are just so lovely and there’s a very strong sense of community.

Chrissie is a singer/songwriter and was headlining with her band at the O2 Academy on Friday night, in aid of the Teenage Cancer Trust. I know I’m biased, but she and her band were fan-flipping-tastic!!

Her next single, “Life Goes On”, is being released this Friday the 25th. If you fancy checking it out she’s pretty easy to find. Just Google “Chrissie Huntley” for her social channels. Chrissie’s music has a strong focus on mental health awareness and self care.

Speaking of mental health awareness/self care, some of you may know that I am an ambassador for the bereavement charity, The Good Grief Trust. They do such great work to help those who are suffering loss.

Later this month The GGT are launching National Grief Awareness Week at the Houses of Parliament. Founder, Linda Magistris, was recently very moved by Chrissie’s single, “If only I could”. Chrissie wrote it for someone who is very close to us who suffers extreme mental health issues, but it applies to anyone who cares about the pain someone near to them is going through.

When Chrissie launched the single she used it as an opportunity to raise money for mental health charity, MIND. Linda has invited Chrissie to perform the song for the aforementioned event at the Houses of Parliament. I’ll be there and I’ll be wearing waterproof mascara as that song always moves me to tears.

Well, that’s it from me for this week… Again, I thank you for your comments here and for taking the time to read my blogs. I hope you’re keeping well and warm.

If you haven’t already checked out this week’s Big Deals, there’s a fabulous ankle boot from Marc Fisher, an M. Asam Essence of Youth Collection, a hot water bottle and a set of 12 Real Pie Company pies!

I’ll be back in a fortnight for more updates.