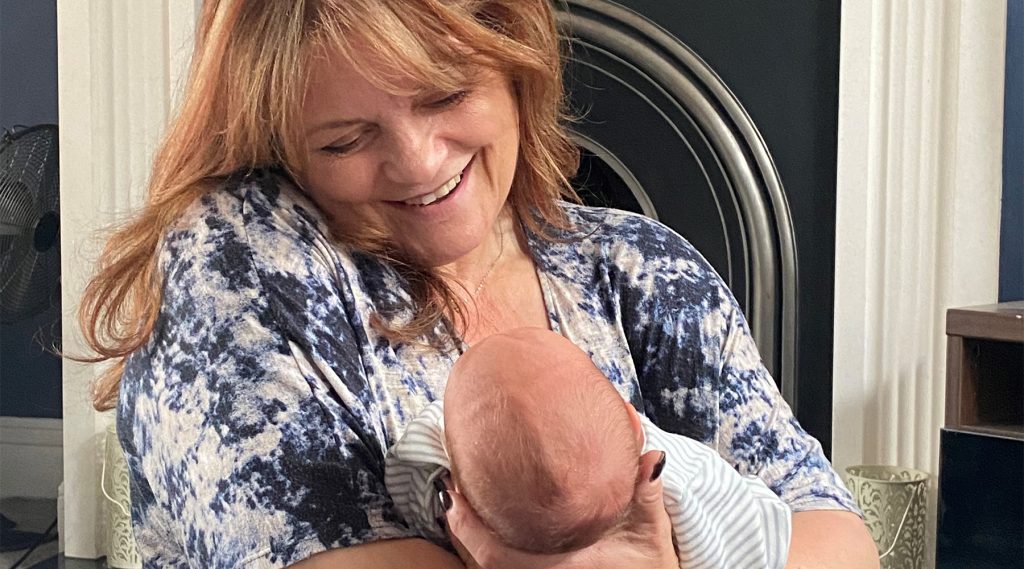 As many of you will know since I mentioned it on air, grandbaby three has now made his way into the world. Little Kaleb was born last Thursday while I had his big sister Blake for four nights, and all went well. They are now home, Kari needs to recover for six weeks as usual, and my son Brad is loving having a little boy. What a lovely, lovely feeling. I know only too well what it’s like to have a boy and a girl, and feel that sense of satisfaction. Obviously all babies are wonderful, and if it had been little girl, I would probably feel the same way. 🙂 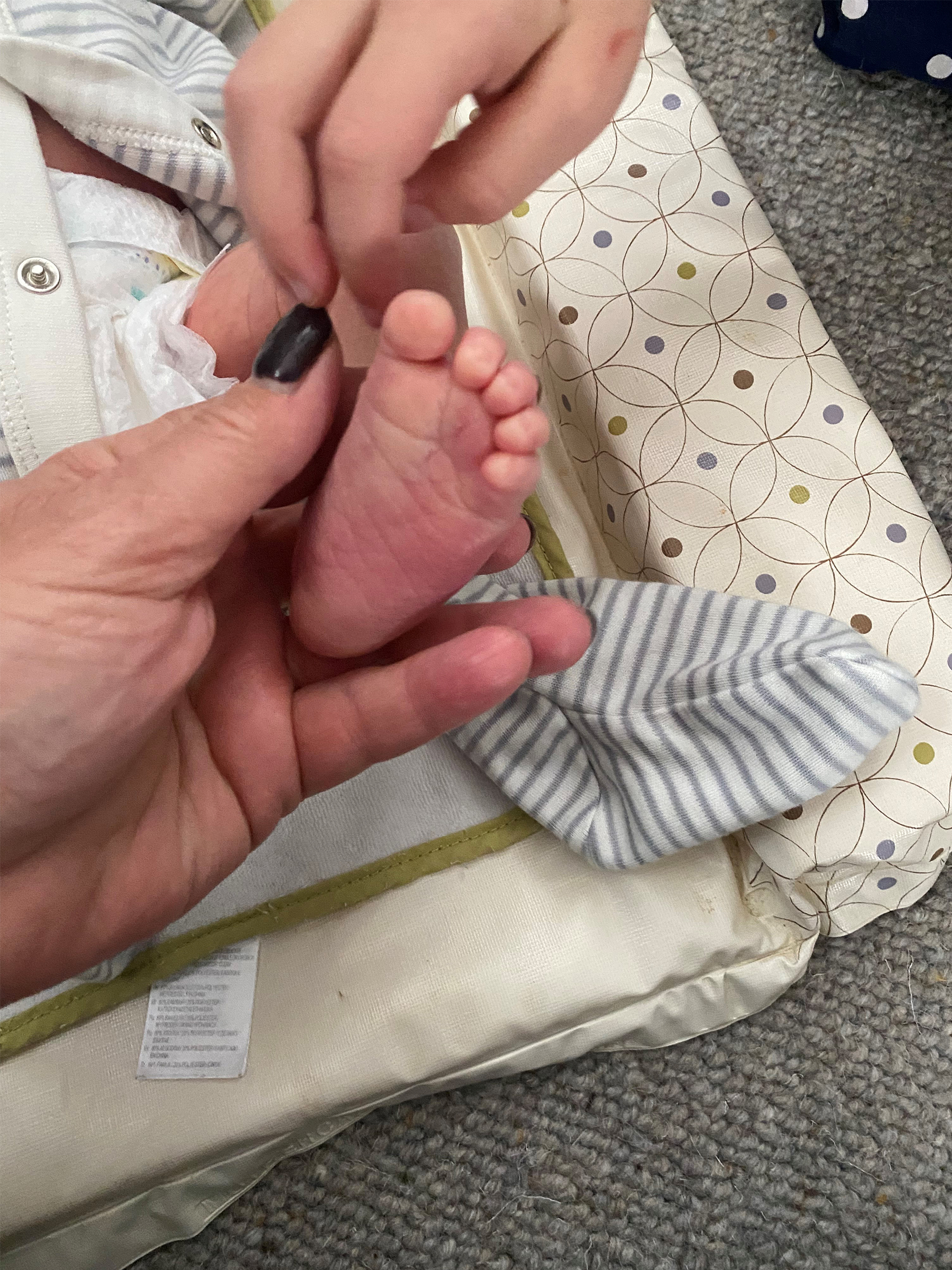 Blake absolutely adores her little brother and the look of love on her face as she rested her cheek on his cheek when she first met him was amazing. I’m so glad everything is going well for my son and my daughter in their lives. The little boy was 8lb and looks a bit like Blake did when she was a baby. Apologies for no pictures of faces, but Brad doesn’t want them to be social media children. I flash a photo very quickly on my live chat, which I do every Thursday, but no posts. He has a gentle scattering of darker hair, nowhere near as much as Blake had, very deep, dark eyes at the moment, as you can imagine, as most new babies have deep, dark coloured eyes, but Kari said she hopes he ends up looking like my son. Bless. I changed him when I visited and took Blake back, and the little tiny nappies are so cute! He is breastfeeding very well and being topped up at night for a nice feed before sleep. (I always tell people about baby probiotics as well, especially if they are bottle-fed. Look into it online, it’s fascinating.)

Next… Lauren is coming down this weekend and will visit on Friday, and I will see the new little one again soon, I’m sure. So lovely now that I have two granddaughters and a grandson. I think I have always been a grandma at heart, even when I was in my teens. I never liked clubbing or getting drunk, I would quite happily sit and go to a tearoom or chat with friends, so now I actually am a grandmother, it feels kind of like I’ve arrived! LOL. Although I must admit, I have been feeling a bit out of sorts for the last few years, but I think I might have found a solution, which I spoke to my friend Gill about this week – see below. 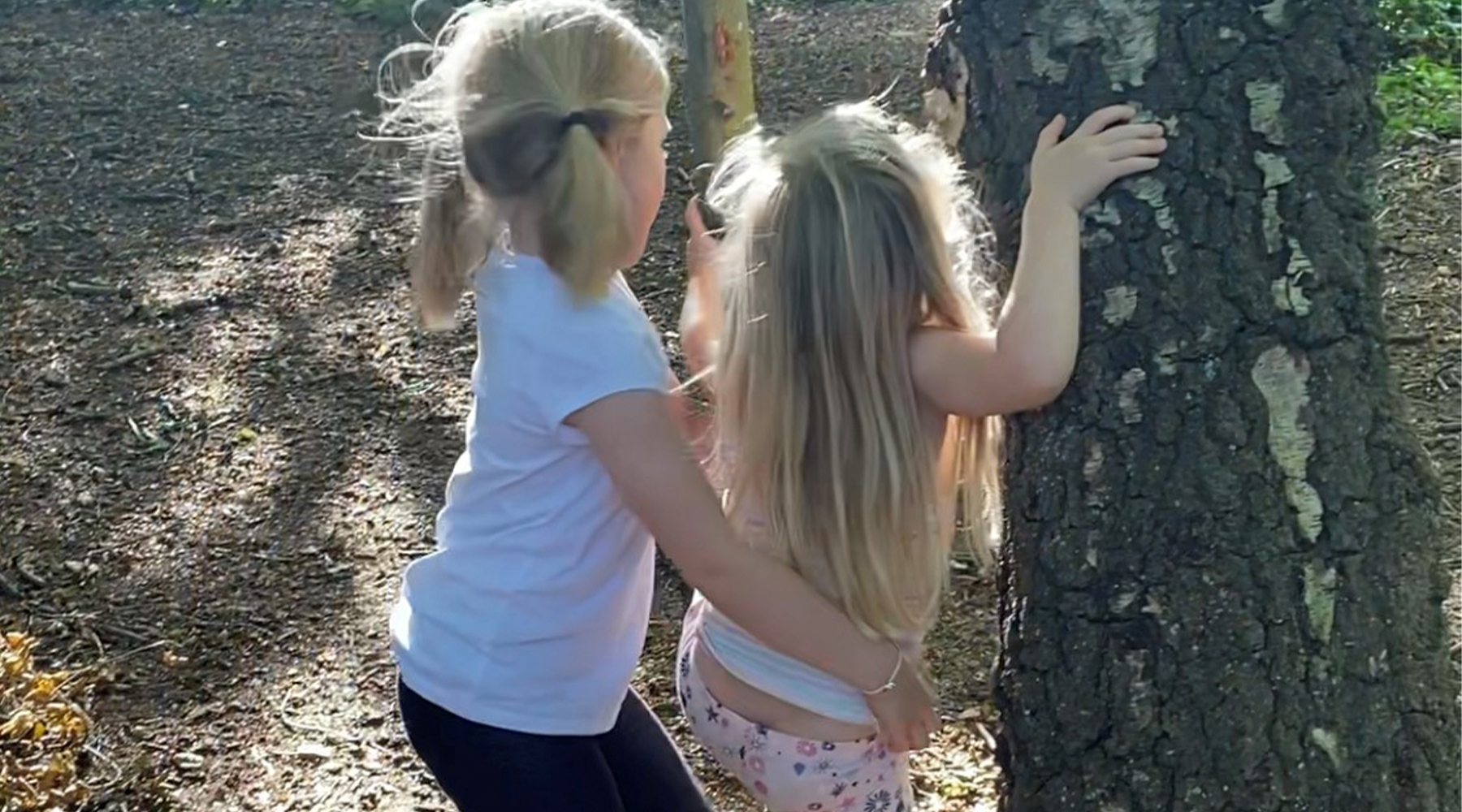 Did lots of things with little Blake as well, and she had a great time when she was with us here. Cousin Evie came to stay, and we took a trip to the local woods to see the Narnia trail and climb trees, visited her second cousins Skye, Hope and Harrison, and played on a bouncy castle when we visited second cousins Arthur, Edith and Olive the baby, (it was Arthur’s birthday on Bank Holiday Monday!) Plus a trip to the cinema with the younger nieces (see below.) She was a very busy bee and so was I! I did 10,000 steps in one day and hardly left the house! I was very relieved at the end of the four days, I can tell you. (When a guest gets up at 6:30 to 8am and this night owl is never asleep ’til two or three in the morning, it’s quite a relief to get a nice night’s sleep again after they leave.) 🙂

But I adore having her here and she is a beautiful little girl. Very funny as well. This weekend I get to see Phoebe, my daughter’s nearly 3-year-old, and my lovely Lolly Pop when she is down for her birthday weekend too – I’m so lucky. 🙂

Did you catch last week’s awards show with Ali Young and Will Gowing? See Keeley from Elemis reduced to tears by Ali? Big new brands making an entry? Caroline from Liz Earle accepting Best Cleanser award for the 13th consecutive year? She actually called it the Best Cleanse & Polish award during our big Today’s Special Value day and she’s probably right – 15% of ALL votes in all award categories this year were people giving the thumbs up for this amazing cleanser. Go here to find deals from the Liz Earle range. And go here to discover the award winners in full. 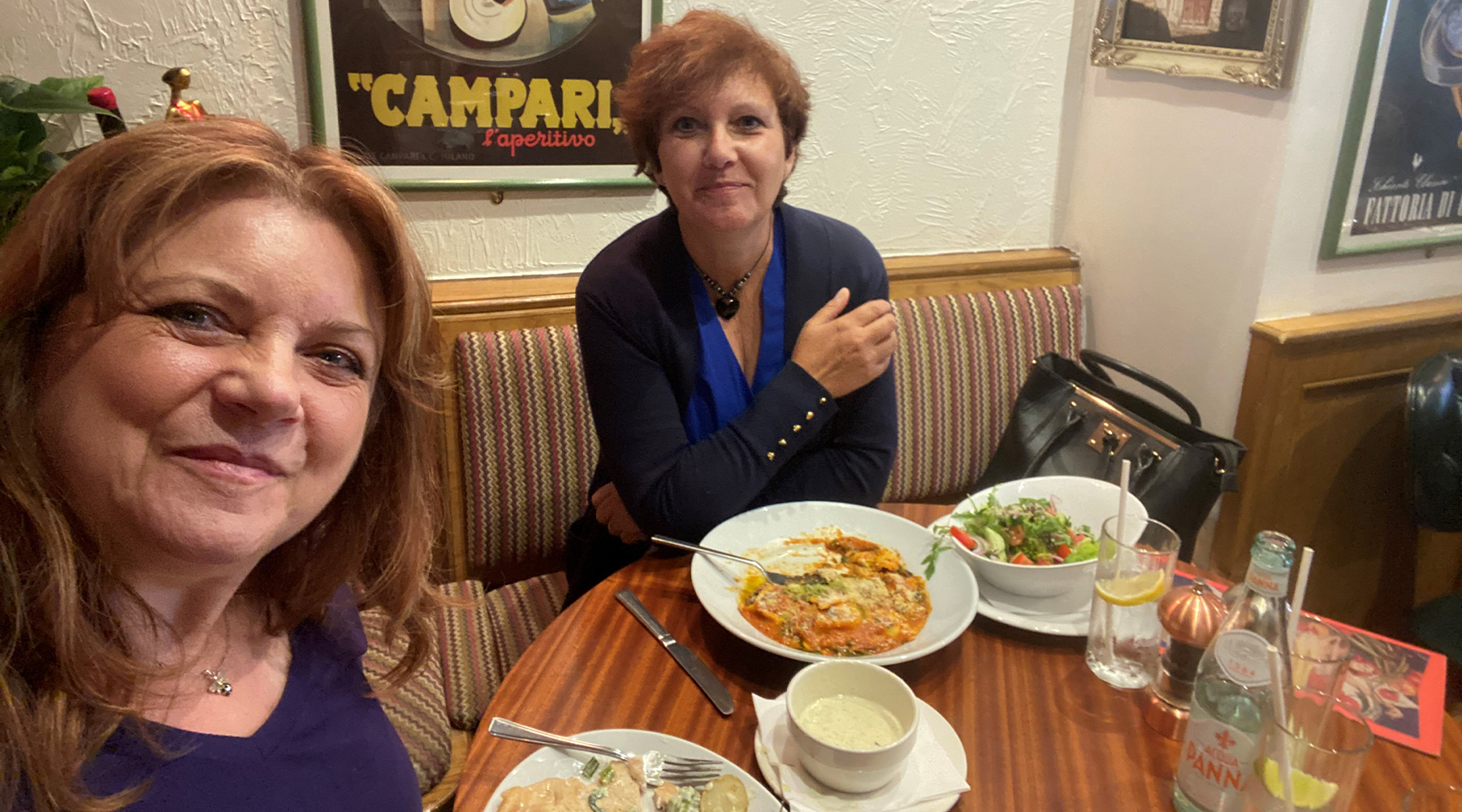 Met up with my old friend, one of my oldest and dearest, Gill the photographer, this week, finding a fabulous restaurant just off Bond Street tube and had a two hour catch up! Found ourselves on the topic of HRT patches since, following the recent Davina Menopause and Me programme, I have begun HRT myself. I never thought I would, but I thought I’d try it given my symptoms over the last few years. Only after having researched the misapprehensions that were put about from an original study though. It was misread apparently, according to the programme. I said to Gill, “basically it’s making me feel a bit more like my old self, less like I’ve lost my lustre, more optimistic.” She said “I think I need that!” We are both about the same age.

We’re planning a getaway later in the autumn to go fossil hunting on the south coast, which might sound a bit boring to some, but sounds like heaven to me! And we discussed our 60th birthdays next year and what to do about it! We still aren’t sure about a foreign trip, because we don’t know whether everything will be back on around the world by then. Very frustrating! But it was lovely to catch up with her. I had a nice foot rub at a nearby walk-in salon on the way home as well. 🙂 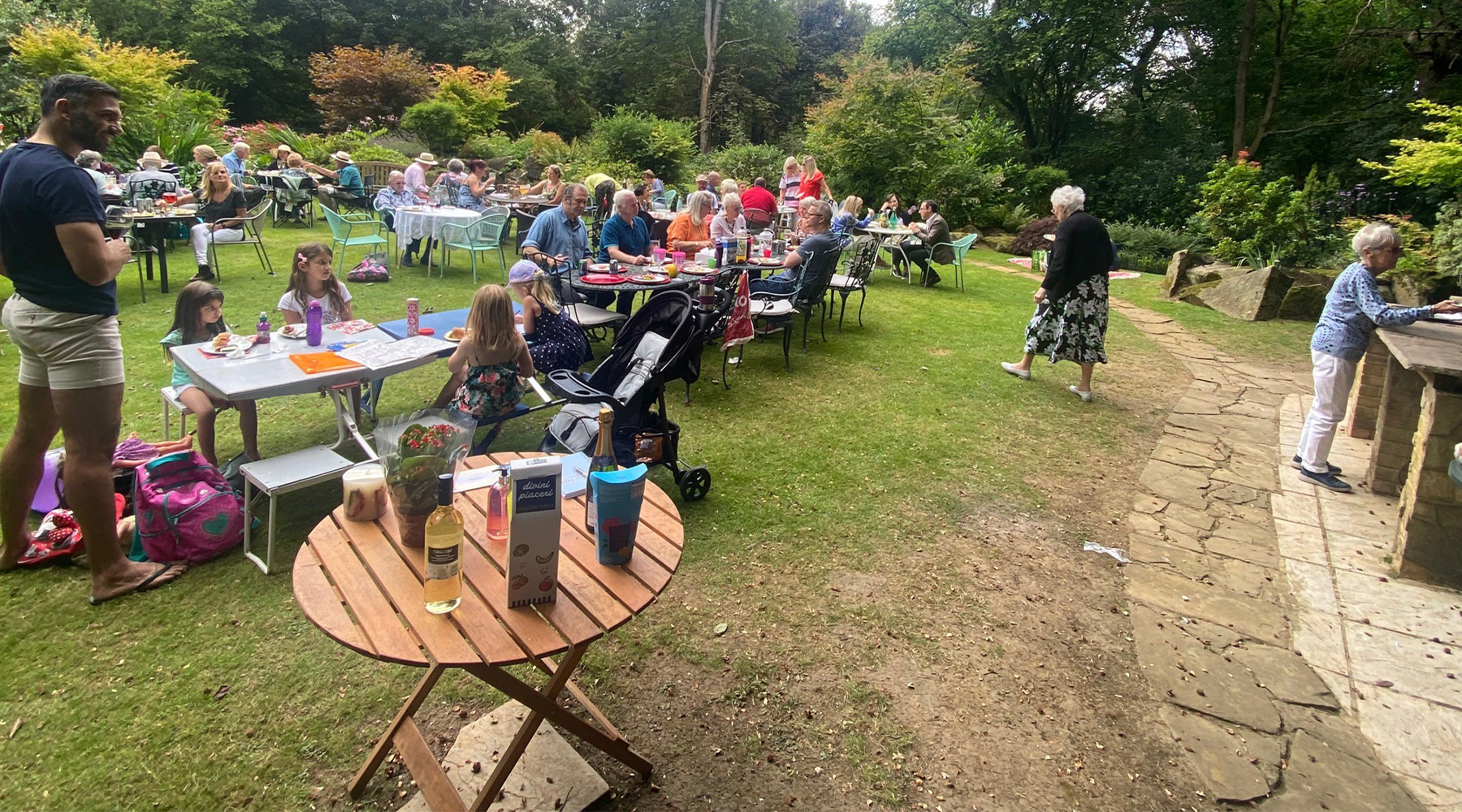 Our Banstead Wood residents group put on a lovely annual barbecue, so this weekend just gone, I took along Blake and Evie, and my sis. It was really well organised and lovely food. Well done to Elaine the organiser and the guys cooking the food! Nice to see so many of the 200 residents in our complex in attendance. Chatted to a really nice guy called Andreas who is single apparently. Now, before you get any ideas, not for me, but I did think about my niece Becky who lives here as well!! Lol. The girls played with his two daughters and did some furious colouring-in while Linda and I had a little sparkling no gin and tonic, and enjoyed the sunshine. 🙂 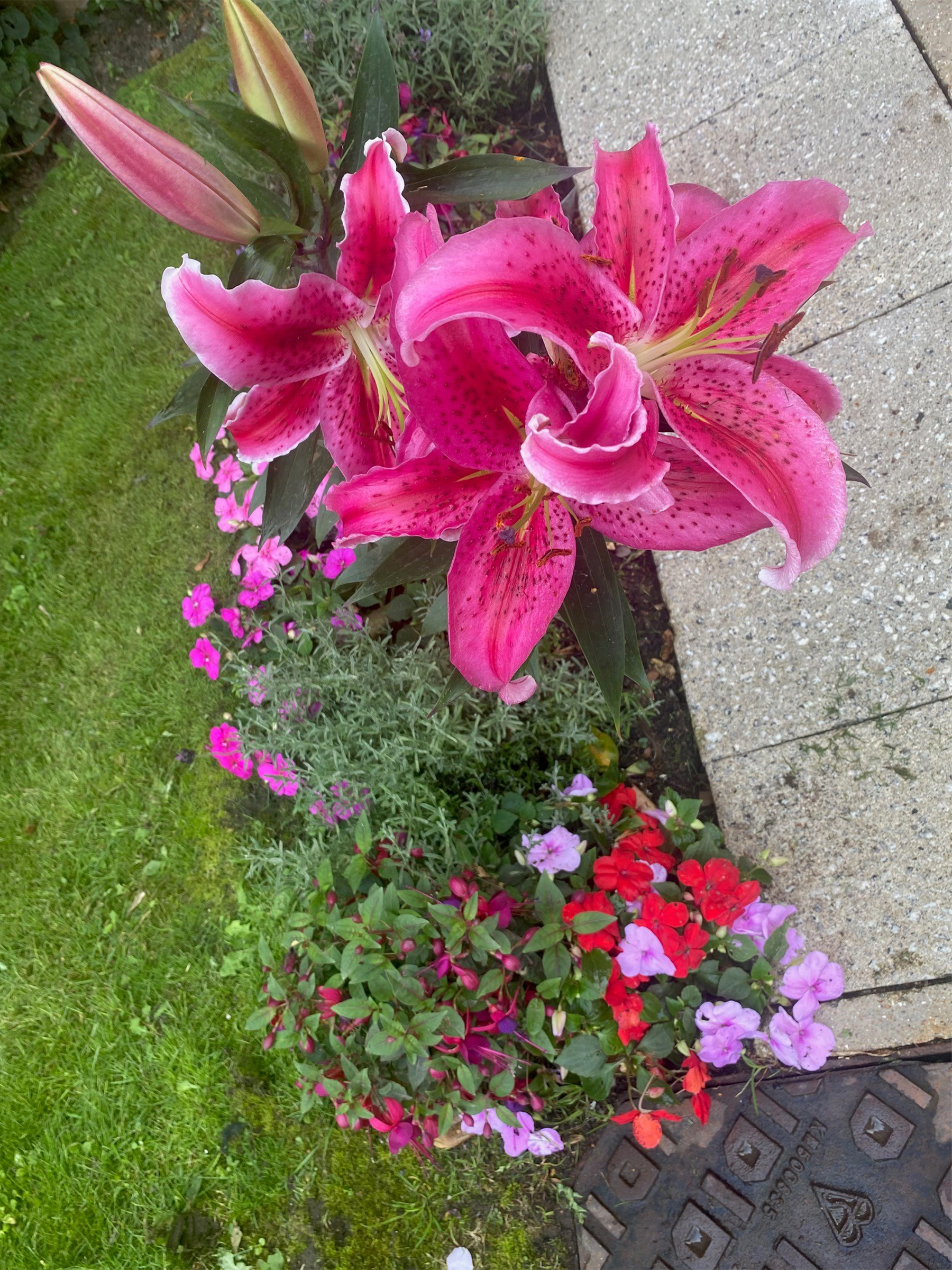 Look at these beautiful colours! The stargazer lilies (I think) are filling the border outside the entrance to my flat with vibrant colours. Really helped by Richard Jackson’s plant food. Honestly, when I apply it to my plants, you can tell in the next day or so that they are suddenly given a boost. It really is astonishing. I do hope yours are reacting the same! Go here to see Richard’s range on our website. I’m about to try his Plant Invigorator to help get rid of the little ‘greeblies’ too…! (I know all my gardening terms ha ha).

Loved The Croods 2 at the cinema with Blake and my two nieces Lara (15) and Izzy (12). Izzy was amazing with the little ones and Evie cuddled Blake when it got to a (slightly!) scary bit of the film…! Great voice-overs from Nicholas Cage, Ryan Reynolds and Emma Stone amongst others. Very funny with a panto feel about it with jokes for the adults as well! 8 out of 10.

On the small screen I’ve been loving Vigil. A cop/navy drama set on a submarine featuring Suranne Jones, who never disappoints. A subterfuge and spy thriller feel with a flawed heroine stuck on a sub trying to solve a murder. Plus, I have continued to love Nine Perfect Strangers on Amazon Prime – another super series from Liane (Big Little Lies) Moriarty and starring Nicole Kidman. I wish they’d hurry up and put out more episodes though – we binge-watchers are not used to waiting!!

This week, Will sat down with Anja Skytte Mosbaek, Head of Training for the UK & Ireland at Elizabeth Arden to discuss the new brand. Next week, he talks to make-up artist and self-tanning expert Amanda Harrington about her new range of products.

A walk and an update! Follow my social media for more regular behind-the-scenes, alerts, appearances and more.

Finally finished Great Circle and loved it. Hope they make it into a TV series, it’s destined to be, I’m sure! Also finished our Julia’s The Woman on the Beach, in my opinion, her best yet! So this week I began a recommendation from my pal Alix down in Devon, with whom I used to have many, many weekly “cabinet meetings” talking about politics! Boris: the Gambler is written really well, narrated well and is quite entertaining. She said if you like or loathe the PM, there’s fodder in here to appeal. Good so far. But my next one will be ‘Billy Summers’ by Stephen King, which I’ve mentioned previously. So by way of a new recommendation this week, how about Carolyn Mahony’s The Jagged Edge? Having been thrilled to find out that Alexa reads Kindle books, well enough to enjoy them and sometimes better than the live narrators, I’m now finally getting through several of my friend’s books that are not on audio already! I really enjoyed her Cry From the Grave, and this one is the second featuring DS Harry Briscombe, getting tangled up not only in his own personal struggles at work but also in a local murder investigation. There is a third book as well. She is a clever girl! What with Jackie Kabler, Julia, Carolyn, Merryn Allingham and more, I really do have some accomplished author friends, I’m very proud.

Saturday – already online, go here to see and buy one of the best, if not THE best, vacuum cleaners I’ve ever owned – the Dyson V 11 Animal cordless on a super offer.

I’m not in this weekend as my daughter is down for her birthday, so I hope they all go well! 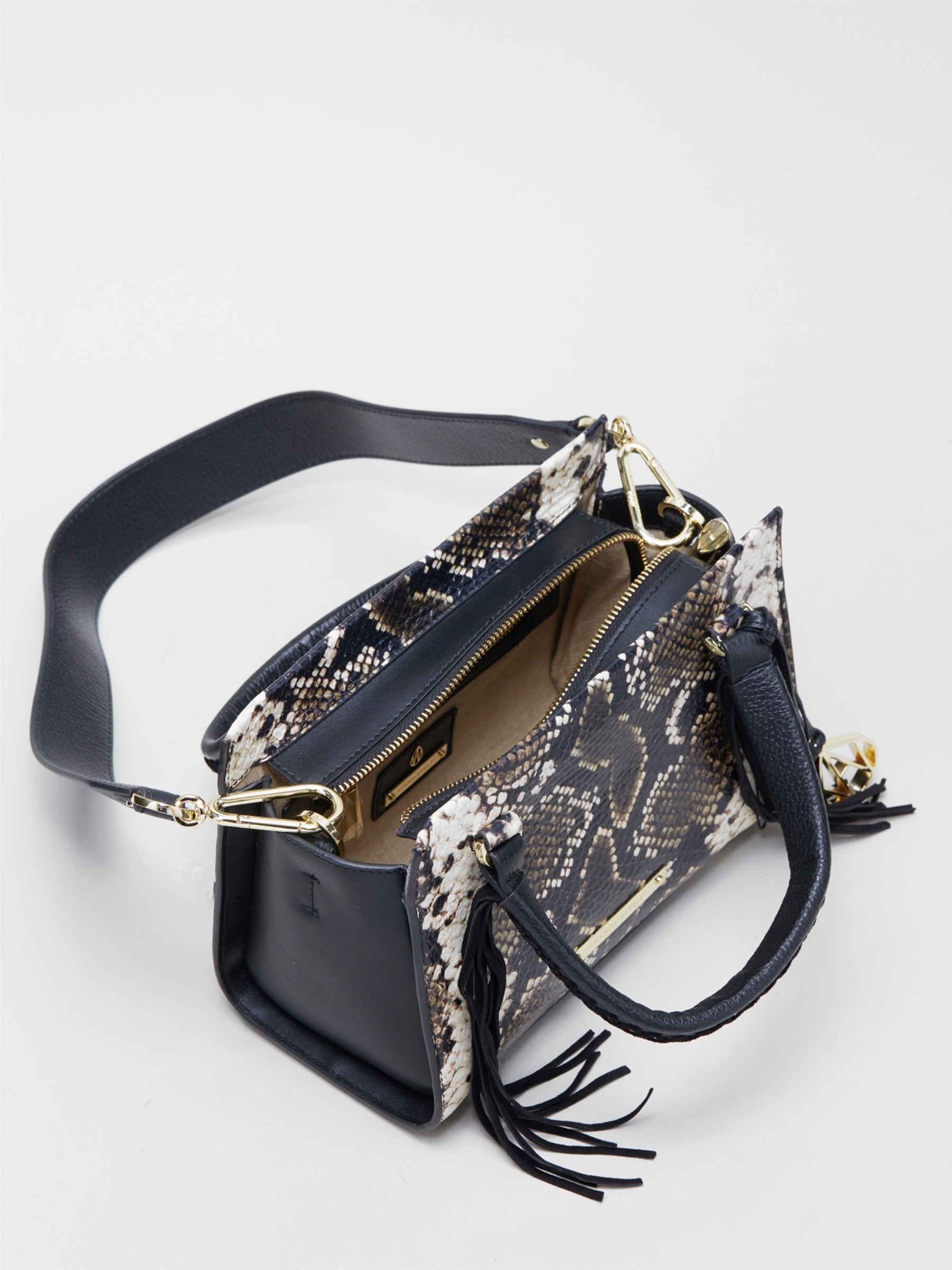 Plus watch out for the Charlie Bears collection at 10pm, featuring a bear inspired by a drawing done by our Charlie Brook’s children! 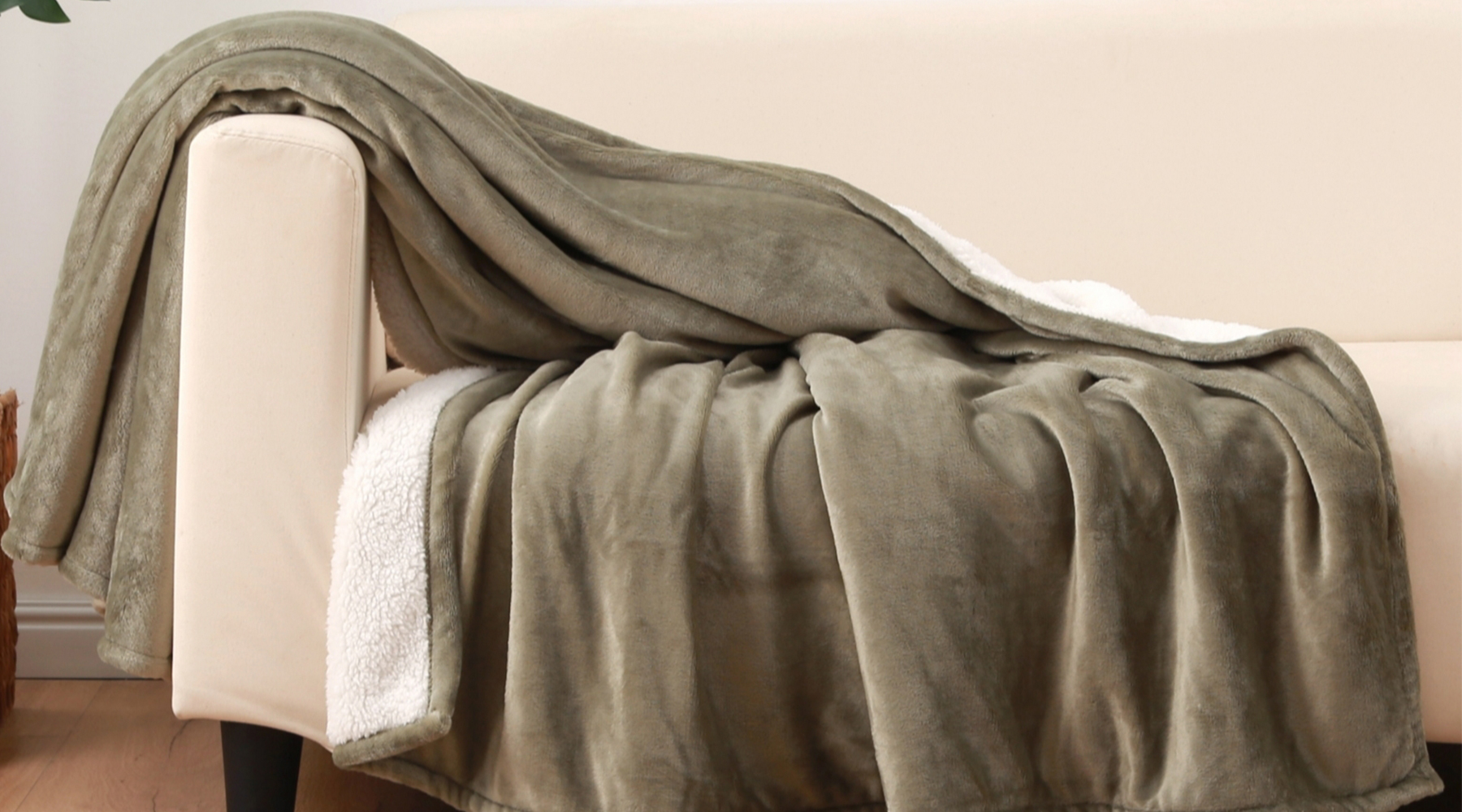 Wednesday – at 9pm on Tuesday night join me when I launch the Nails Inc TSV for Wednesday – a six-piece collection with a bag! 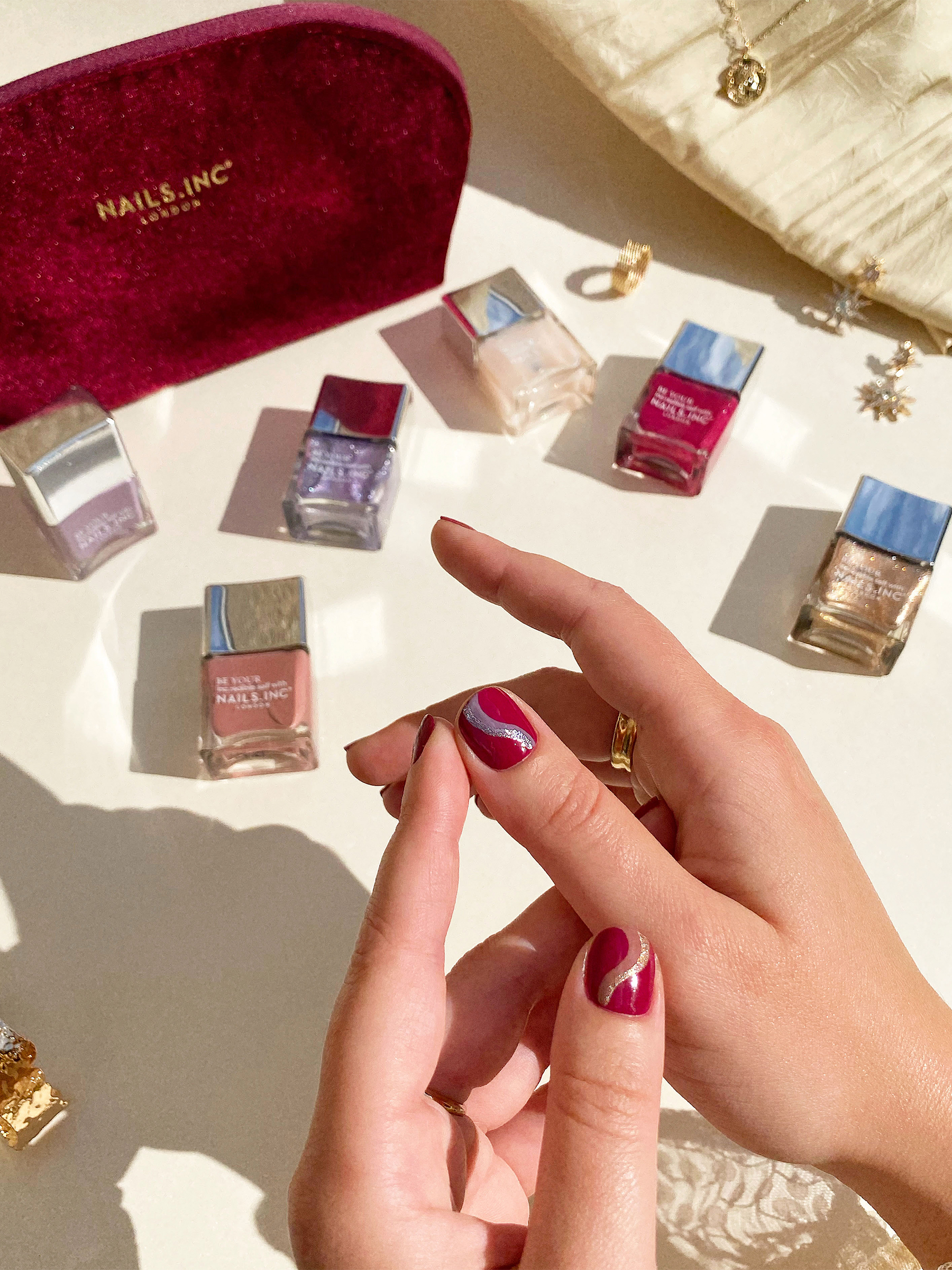 Friday – a Denim & Co. fleece bonded with Sherpa, in a long sleeve coat with hood – hopefully we won’t need it for a while yet! 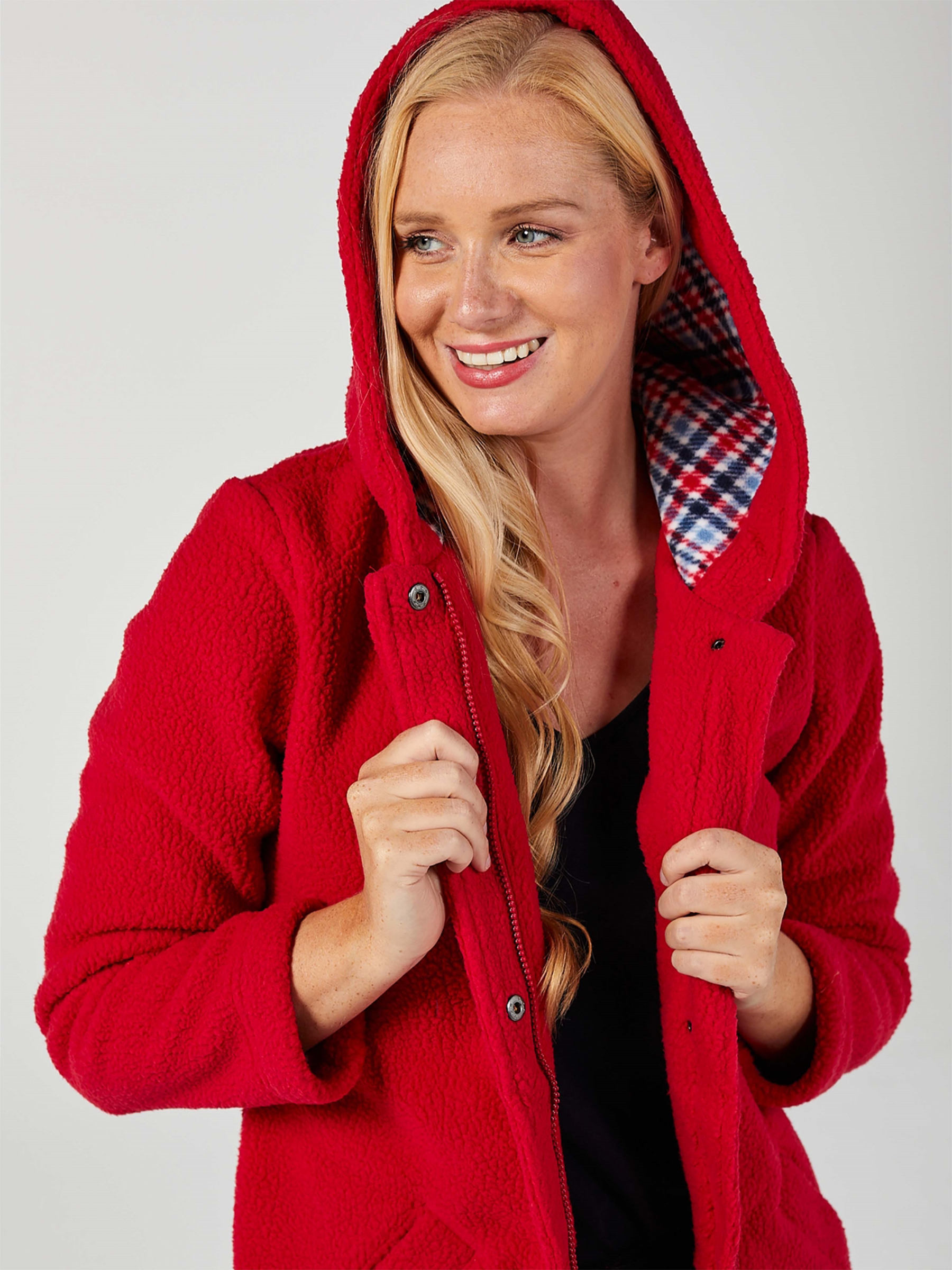 Next week – long-awaited reunion with little nearly 3-year-old Phoebe, when Lolly is down for her birthday weekend. I can’t wait! 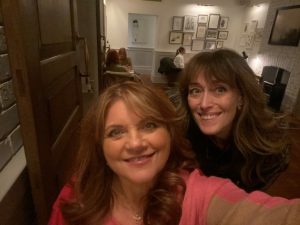 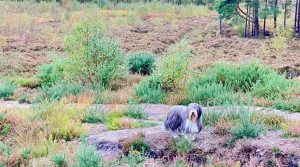 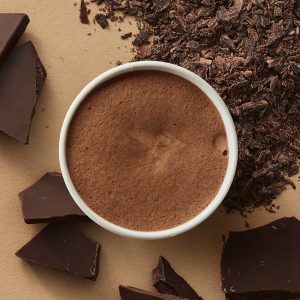