Some secret filming, and running towards winter!

Hope everyone is well and hasn’t succumbed to any of the (now numerous!) viruses that seem to be around! I am a little bit annoyed because I think it’s been seven years since I even had a cold, but so many people seem to have one at the moment, and last week I woke up with the sniffles! Fortunately it WAS just a cold – I tested every day for the four days that I had it, just to be sure, and it’s pretty much gone now but I have been left with a bit of a cough, which is infuriating because I’m about to start two weeks of annual leave and this cough is going to get in the way a bit! Before I tell you what I’m doing while I’m off though, a quick sneaky peek for you at some secret filming I did last week with the lovely Elemis team.

I’ve actually had to blur a little bit of the centre of this picture (above) so you can’t see exactly what we’re talking about, but you will see footage from the shoot on-air a little bit closer to Christmas, which may give you a clue! We did the filming in a beautiful location house in East London, and it was really fun to be working outside of the studio for a day.

I also had a mini photo-shoot at work, out in our lovely garden set. It’s where we often present gardening and DIY shows in particular on nice days, especially in summer. The lovely blue door I’m standing next to doesn’t actually open or lead to anywhere though! In this shot I’m wearing the latest Big Deal offer from Centigrade – a fabulous, soft faux fur coat. It’s currently at an amazing price but won’t be around for long so do have a look if you fancy a new coat ahead of the colder weather. 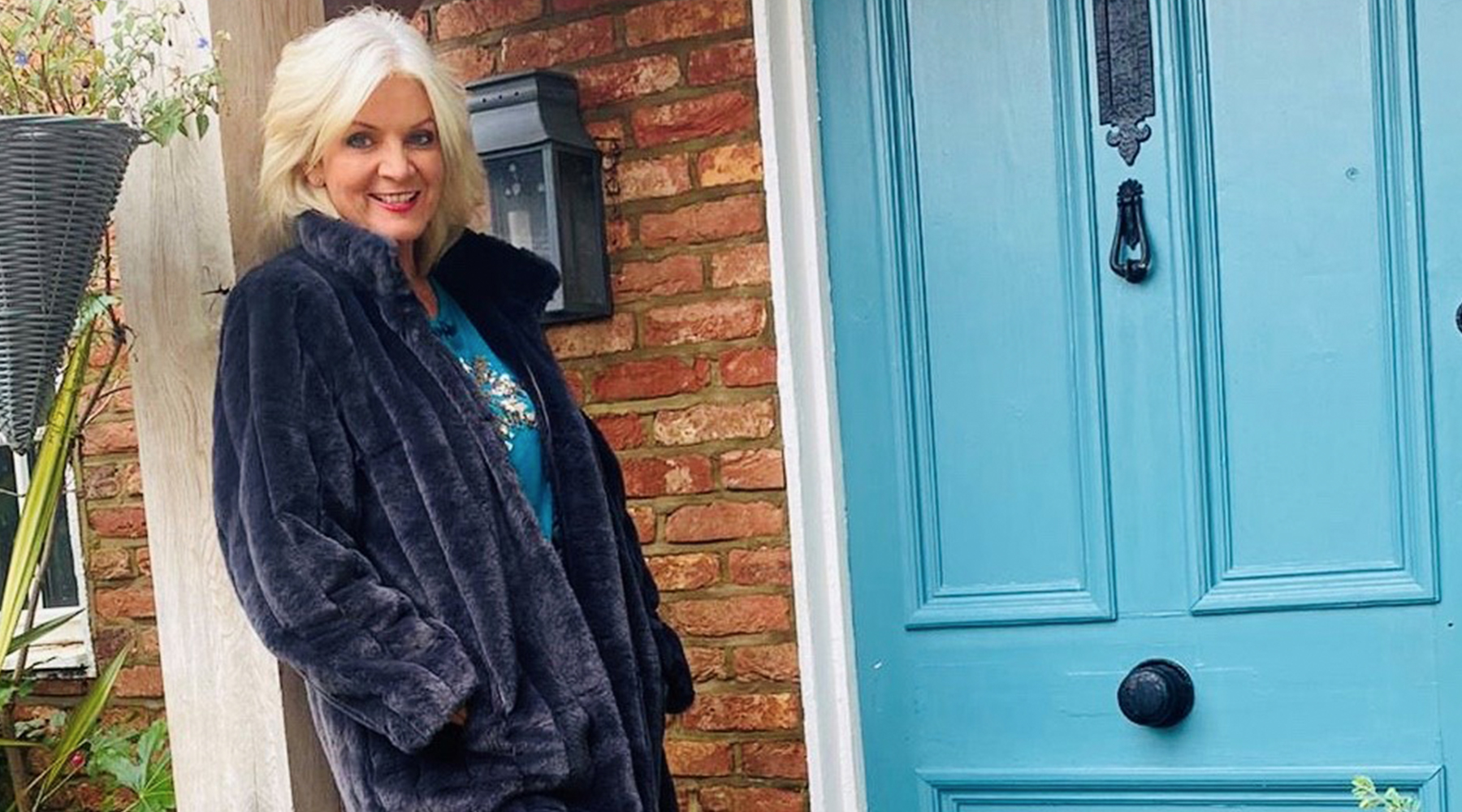 So – I’m heading off on leave for two weeks for two reasons: one, I’m a little bit behind on writing my new book (don’t tell my editor!), and my deadline is the 1st of December so I really need to crack on with that. But I’m also running while I’m off – and not just one race. I’ve actually (probably very foolishly!) entered a 10-day running event. I’m going to attempt to run 10 half marathons in the 10 days – eek! The event is in Surrey, and part of the proceeds are going to the Bumblebee Conservation Trust, which makes me happy as a keen gardener, and knowing how endangered many of our bumblebee species are in the UK. This is the longest running event I’ve ever attempted – ten days back-to-back is going to be tough. The cough is therefore not ideal, and I also have another small problem in the shape of a rather wonky foot!

I’ve had a problem with my left foot for a while, and was initially told it was probably a slightly displaced bone. It was monitored for a bit but got worse so I had an X-ray a few weeks ago, which showed that it wasn’t actually a bone problem at all. So now nobody seems to know what it is! I have an appointment to get it looked at again in November, and I’m fine to go ahead and run – the problem is on the top of my foot and doesn’t really interfere with running too much, although it does hurt a bit after a lot of miles, which of course is what I will be doing! So we’ll have to see how it goes – things are never straightforward, eh?

The plan, therefore, is to run at the event every morning and then write in the afternoons. You know how clumsy I am though, so please send positive vibes so that I don’t fall over and hurt myself and scupper everything!

I’ll be back at work on the 4th of November and on-air with my buddy Ruth Langsford that evening if all is well. Have a great couple of weeks and I’ll see you soon!