Menu
Stories > Presenters > Julia Roberts > It’s a wrap – an Airwrap, that is… 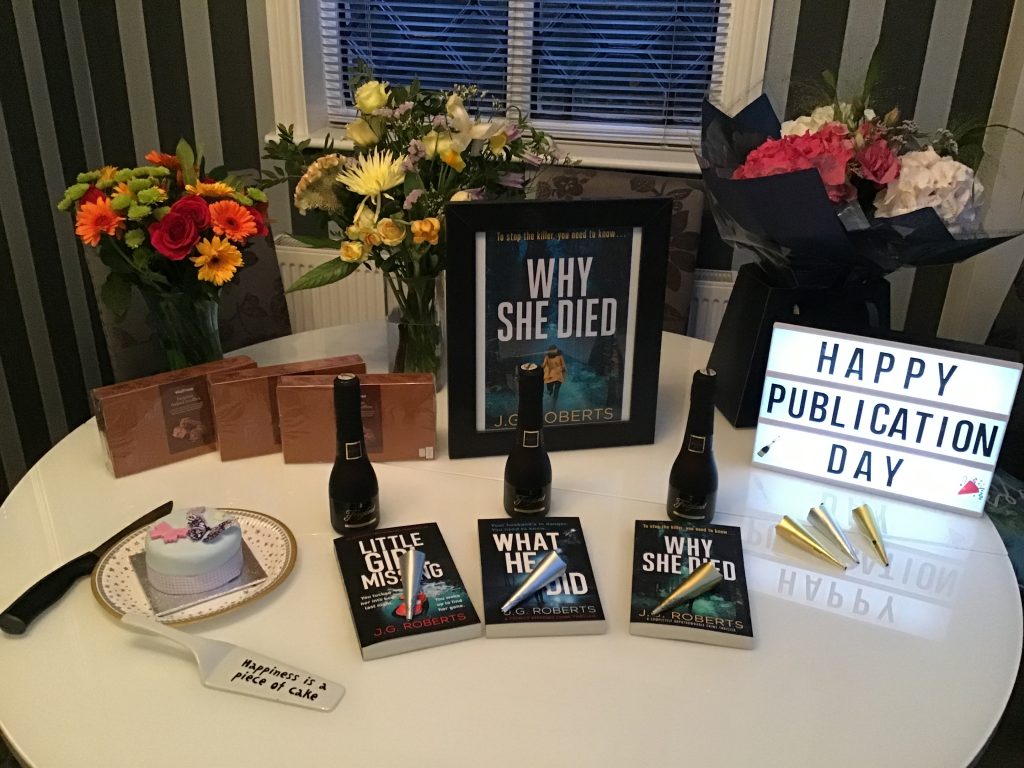 Later in today’s blog, I’ll be sharing a video I shot yesterday using the Dyson Airwrap for the very first time, but I thought I would start by thanking those of you who attended my ‘virtual’ book launch party on my JuliaRobertsTV Facebook page last Friday. I can hardly believe that was only a week ago, as so much has happened in the interim – mind you, the whole of my 64th year on this planet has been a bit like that, as I will detail in next week’s blog.

It was lovely to share the evening with you and as you can see, I was a very lucky girl being treated to champagne, flowers and cake…. what more could a girl wish for? The video is available to view if you wanted to have a quick peek, along with the videos of the three iQVC quizzes I have done so far.

We are approaching week four of the quiz, Monday night at 8 p.m. if you fancy joining in live, and it really will be down to you whether or not we continue weekly, so do let me have your thoughts on my Facebook page. To whet your appetite, I do a picture round, which always includes QVC presenters as babies… Who do you think this is? You can find out if you were right on my page on Monday, or on here next week! 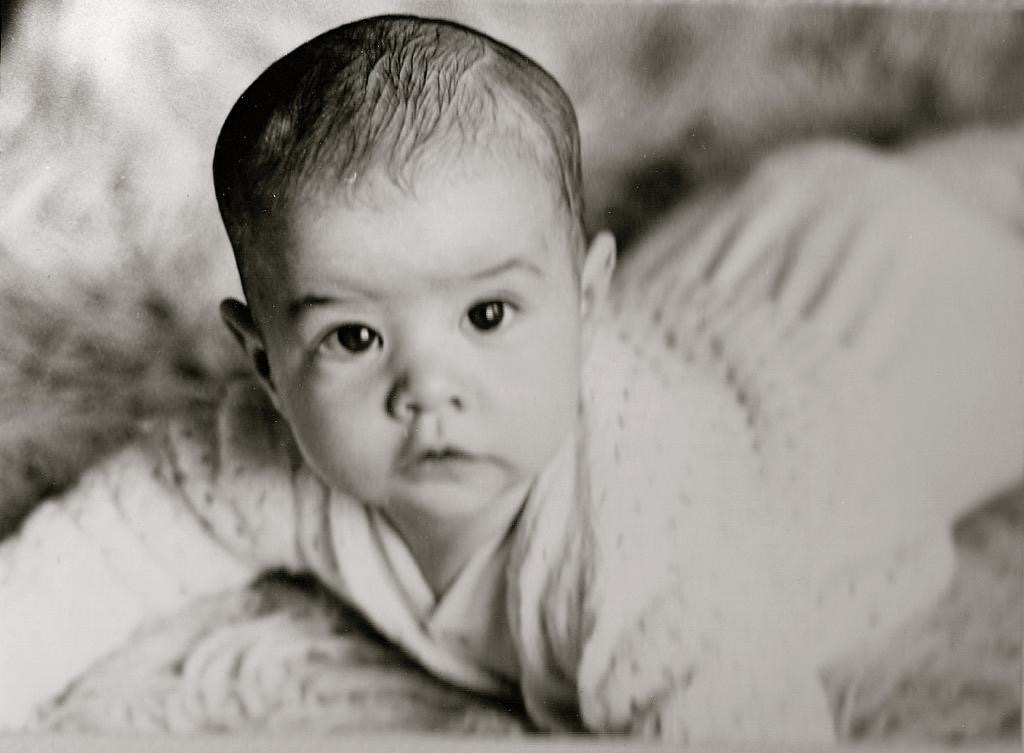 So, for weeks now I have been trying to capture video of Wilfie the cat playing football, but he has been a bit coy, however I thought you might enjoy this clip of him and his ball – do we think it’s his attempt at basketball?

Funnily enough, it is actually a basketball stress ball, which my son and I bought when we visited New York eighteen months ago, which, by the way, seems like years ago… how the time flies!

I also snapped this photo of Wilfie posing as ‘cat on a post’ and tweeted it earlier in the week in response to comedienne Dawn French’s tweet of ‘dog on a log’ – I have to say her backdrop of the Cornish coast was rather appealing, although I can’t complain at my garden. 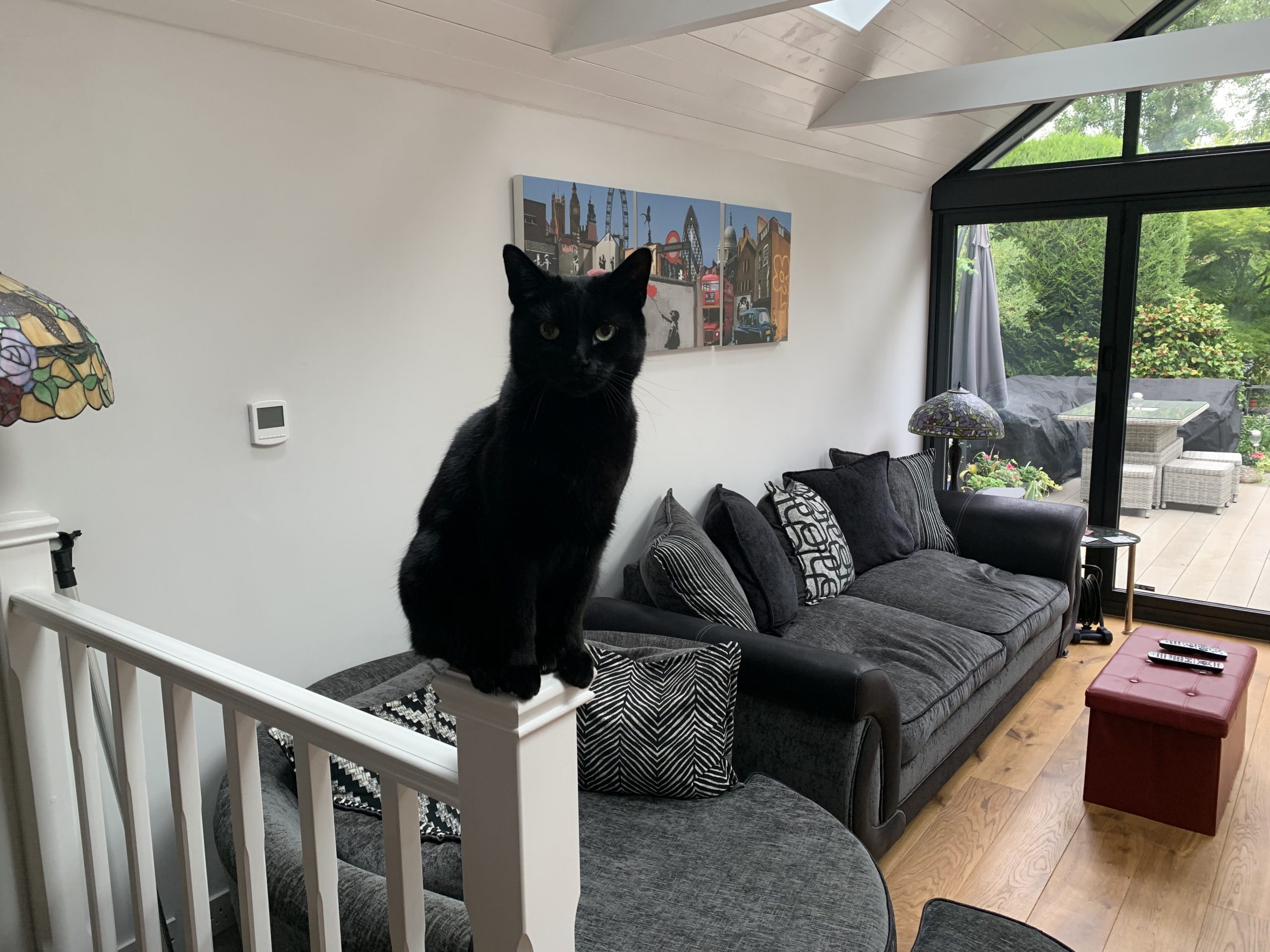 The poppies from a couple of weeks ago are all but over, but the hypericum is in full flower and these petunias have gone crazy in all the glorious sunshine we had in May. It’s not been so clever so far in June, but boy did the garden need the sprinkling of rain we’ve received, particularly the lawn. 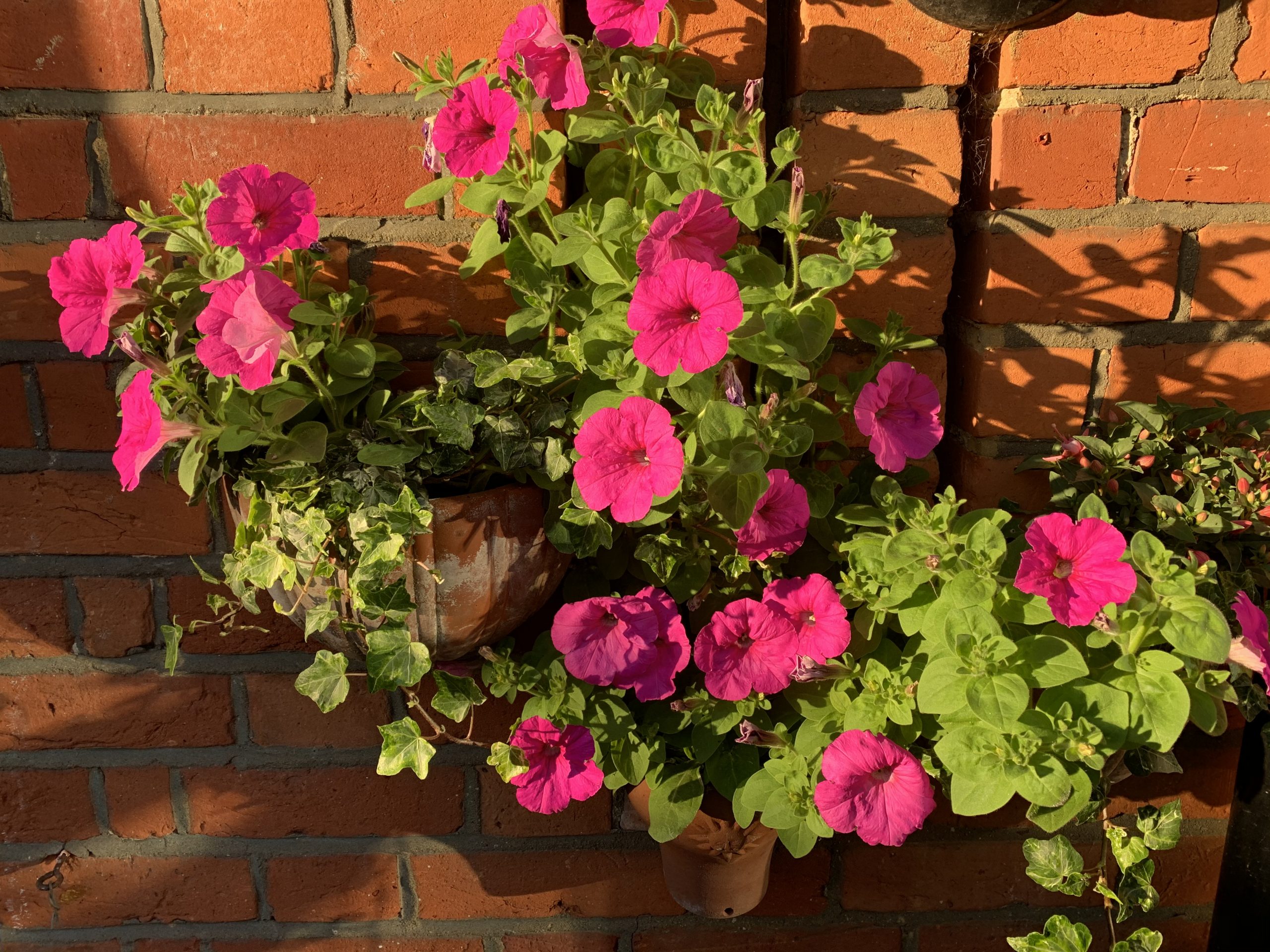 I’ve missed a couple of weeks for the tree fern, so here it is in all its glory, although still more growth to come I expect. 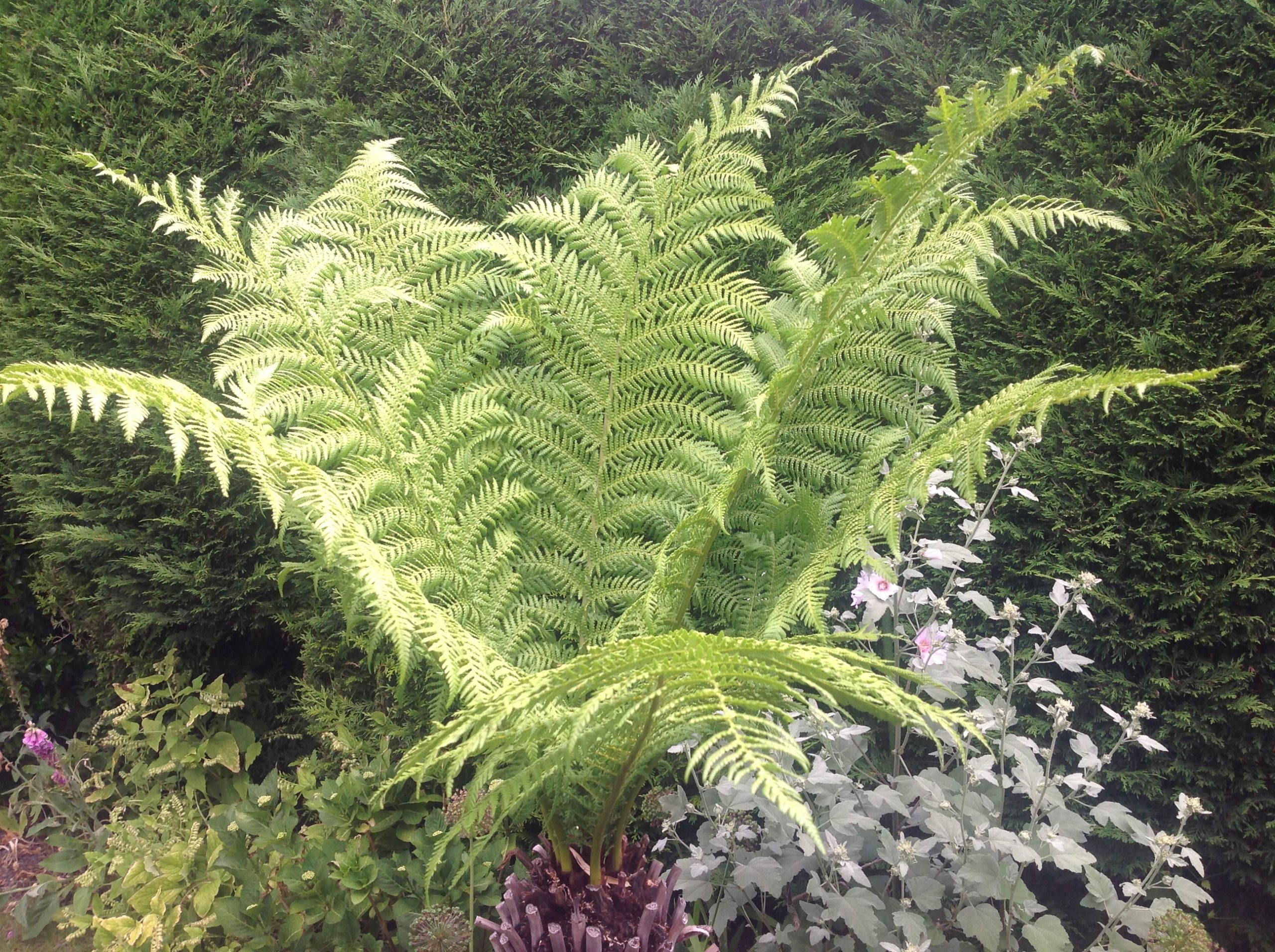 Next week I’ll update you on this year’s lilies, courtesy of Richard Jackson, and I think the red lilies from our presenter competition seven years ago will be in flower by then too. There has been another addition to the garden this week as well – this time it’s faux, but how ‘real’ does this look? 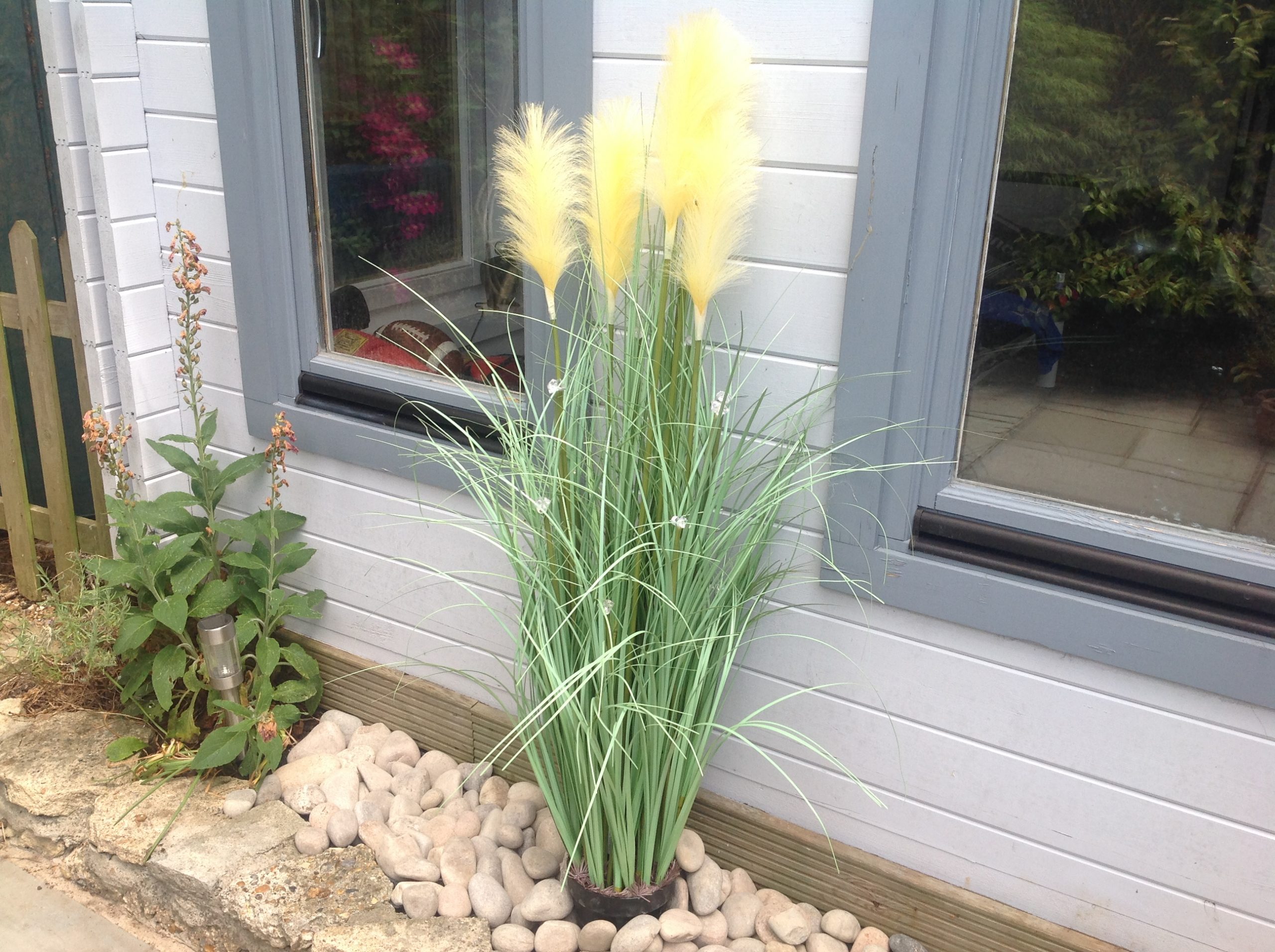 I mentioned at the beginning of this blog that I finally got my hands on a Dyson Airwrap to style my hair with yesterday. Genuinely, this is the first time I have ever used it and after a couple of false starts, while I got to grips with the technique, I found it very easy to use and it delivered lovely bouncy curls as lots of you remarked on after my appearances on air yesterday.

It is the Today’s Special Value launching on air tonight at 9 p.m., but it has already been selling so well on presell, I’m not sure how far into the day it will last – hopefully for my 11 a.m. show!

My hair was virtually dry but dampened with a heat protection spray and my technique was to hold the segment of hair around the attachment until you felt the ‘grab’ before moving it towards my head, no wrist twisting required. By the way, if you noticed me glancing up at the clock in the video, it’s because I was live on air at 3 p.m. – note the time on the clock, I really am a last-minute Lulu, something which drives my husband, Chris, crazy!

Take tonight for example; I finish on air at 7 p.m. and my Facebook Live short story reading starts at 8 p.m. – we live a thirty/thirty-five-minute drive from the QVC studios and I will need a bite of dinner before I start. I’ll probably sit down in front of the camera at about a minute to eight! Tonight, I will be reading the first part of a short story I wrote about three years ago called, Time for a Short Story! Can I just promise you that the story is better than the title… I’ve always regretted not calling it ‘The Primrose Pantry.’ Actually, I’m thinking of removing it from sale as a short story and converting it into a longer book with more background on the three main characters – I think it would make a lovely story, loosely based on my own mum, Josephine. 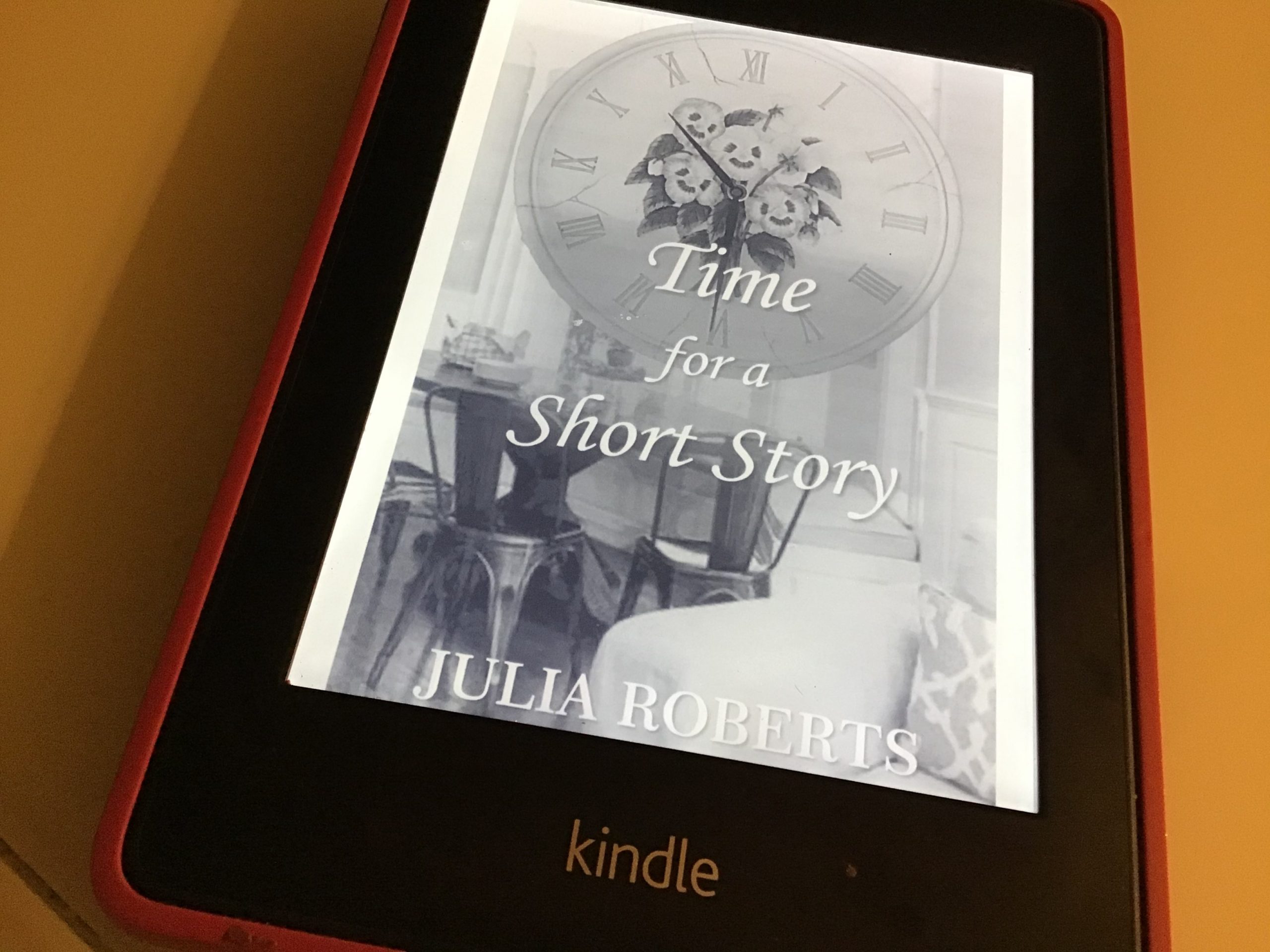 Speaking of who, Mum is currently reading Why She Died, as is my mum-in-law, Audrey, and one of my nieces, Becky, who texted me this morning to say it is her favourite book of mine so far. My son, Dan, and his girlfriend, Katie, read it in tandem and have both finished it now – I’m relieved to say that neither of them guessed ‘who did it’. It’s wonderful to have such a supportive family when it comes to my writing, but there have also been twenty-eight reviews in the first week, all but two of which are four or five stars, for which I am very grateful.

Speaking of being grateful, thanks so much for all your contributions to our Giving Back Initiative. With your help, QVC have been able to raise £187,457 to donate to the National Emergency Trust to help people who are really struggling in these difficult times – again, thanks for your generosity. And I also wanted to mention Abi Cleeve (Ultrasun and Skinsense) who combined with QVC to put together 10,000 care packs to be given to hospital staff in the areas where QVC operates – great effort, Abi. 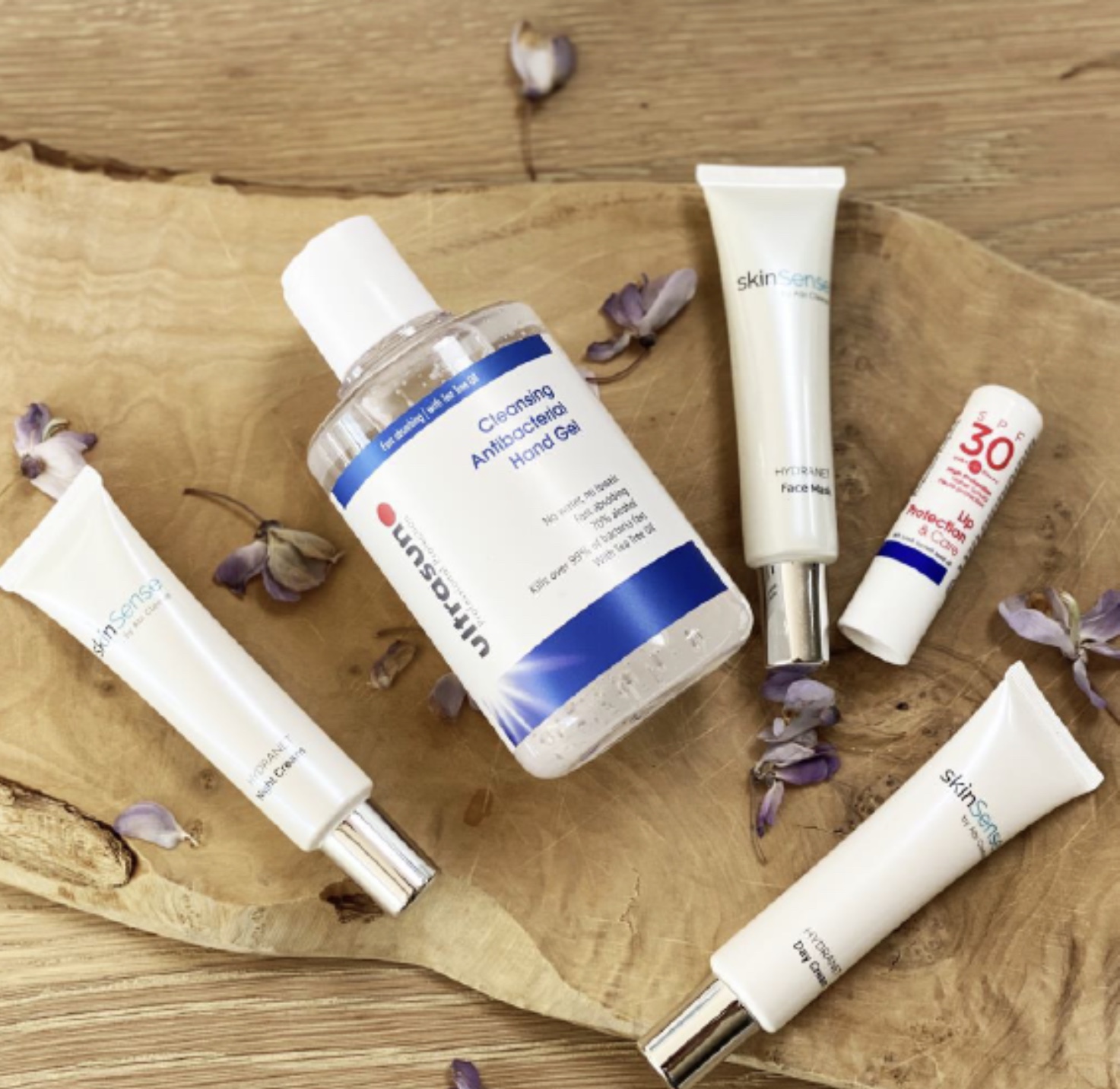 Well, that’s it for now – when I write my blog next week, I will be officially a year older and such a year of momentous things to look back on. See you later for Fashion on Friday, Cuddl Duds at 5 p.m. and Clarks shoes at 6 p.m. and I’m with you all this weekend, including the Gatineau Today’s Special Value on Sunday morning at 11 a.m.