Menu
Stories > Presenters > Julia Roberts > The road to recovery… was being resurfaced!

The road to recovery… was being resurfaced! 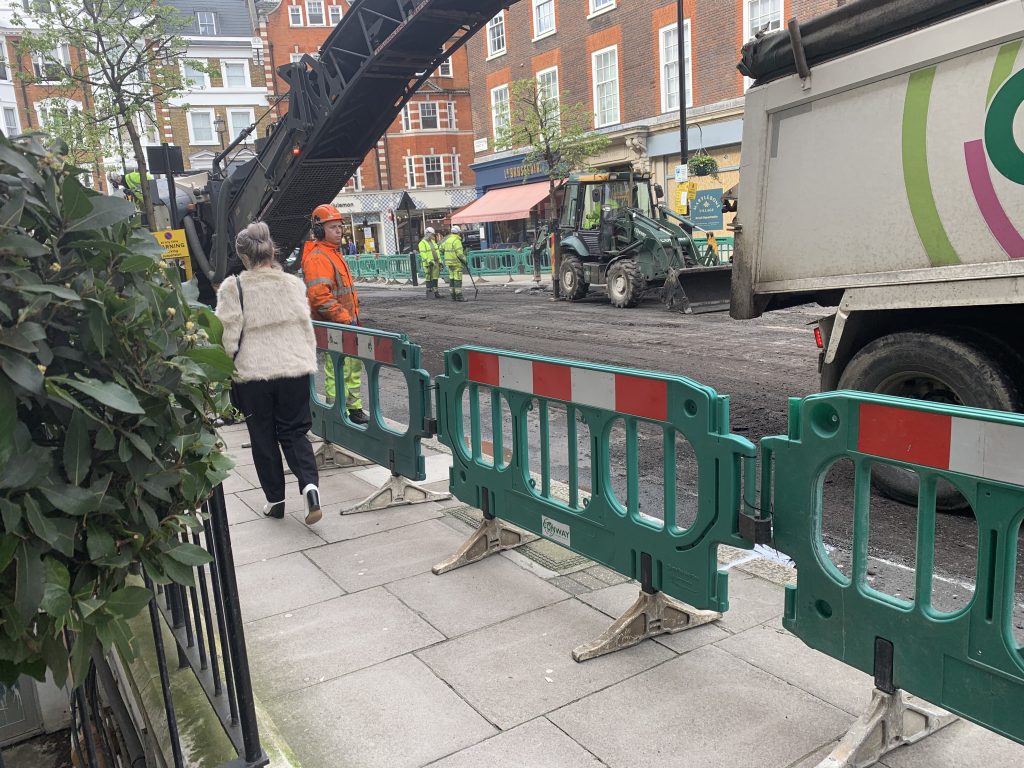 For me personally, this week has been a bit of a landmark. As I mentioned on last week’s blog, I had my X-ray booked for Monday to check whether my bones had healed in their new position… fantastic news, they have and my consultant is very pleased with my progress so far, although to be honest we hadn’t had the best start to the day.

As we were about to leave for the appointment, Chris discovered that his car had a puncture, not ideal, but at least we had my car that we could use and to be be fair, she was due a bit of a run out as she hadn’t been used in almost six weeks. We had a great drive in to central London, but when we were about half a mile away from the clinic the traffic ground to a halt. No problem, I rang to warn we may be a little late and it did eventually start to move so I was still going to be on time. That was until we got to the road where the clinic is and it was closed for resurfacing! It’s a good job I had become more confident on my crutches! I was starting to wonder if it was just going to be ‘one of those days’ but fortunately, as already mentioned, things took an upturn from there. I cannot begin to express how happy I was when the consultant said I could start to leave the air boot off, although I can wear it if my leg feels tired. I know some people really get on with air boots but I think I must have the wrong shaped feet because it constantly pressed down on my high instep and contributed to the distorted shape.

My physiotherapist, Brutal Brittany, wasted no time during my Monday afternoon session in getting me back on the Alter G treadmill minus the air boot. It was still taking a percentage of my weight and was so much easier than the first time we tried it. I must confess to feeling a little shocked at just how thin my left calf is now in comparison to my right, but it’s only to be expected. Apparently, you start to lose muscle tone after just three days of inactivity and it’s been six weeks since my operation, although I have been doing some exercises every day since my cast came off. Armed with some new exercises to add to the ones I was already doing, one of which has me standing in the ‘naughty corner’ to transfer 100% of my weight on to my left side using the walls for support, I headed home tired but happy.

I had also popped in to QVC briefly to attend to some essential business, as it is just a five minute drive from the physiotherapist. It felt a little strange to be back in the building and not going on air but it shouldn’t be too long now. I’ve been signed off for another three weeks, but hoping to be back by or just after the end of the month. While I was at QVC, I saw Charlie and Dale and also Ali Young, who was able to offer some helpful advice for my broken wrist as she’s experienced a few broken bones falling off horses over the years. I see the doctor on Tuesday to make sure the bones are properly healed and then it’s goodbye to the splint too, hopefully.

I paid for the euphoria of being out of the air boot on Tuesday when I was mentally and physically exhausted, but bounced back on Wednesday. It was a gorgeous sunny afternoon so we decided to go for a short walk to the end of our lane and back with only one crutch as an aid – it was quite exhilarating. 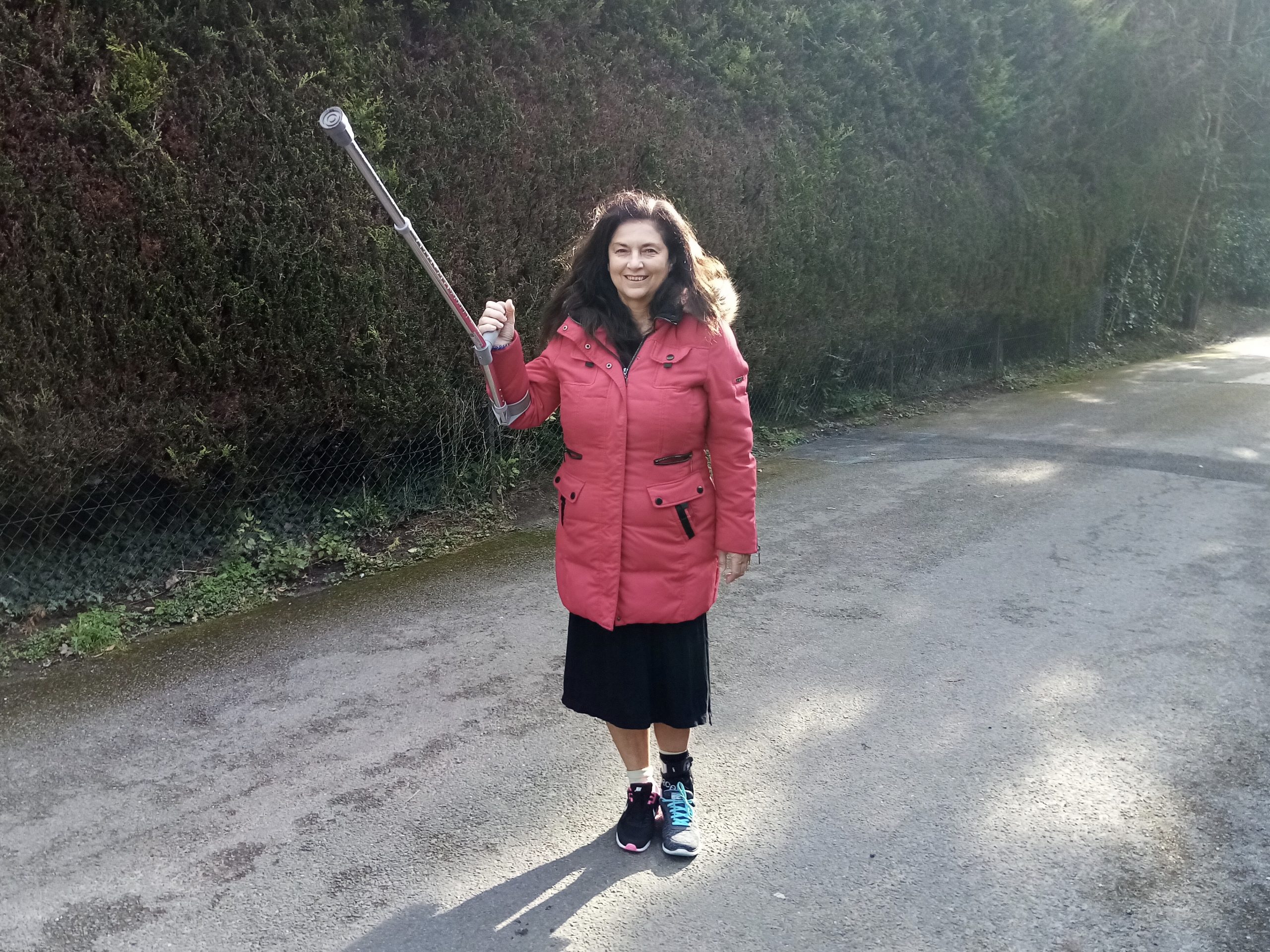 We had also put away the sofa bed in our lounge as I can now manage the stairs quite safely. I can’t tell you how good it felt to sleep on my fabulous Sealy mattress after six weeks on a sofa bed. All my lotions and potions were moved from the downstairs shower room too so everything is more or less back to normal.

Speaking of lotions and potions, I thought I’d share this photo of my L’Occitane Foot Cream. Far be it for me to complain because Chris has been immense for the past six weeks, but why does he have to squeeze a tube like that? He does it with toothpaste too! I’m a squeeze it from the bottom kinda girl – how about you? 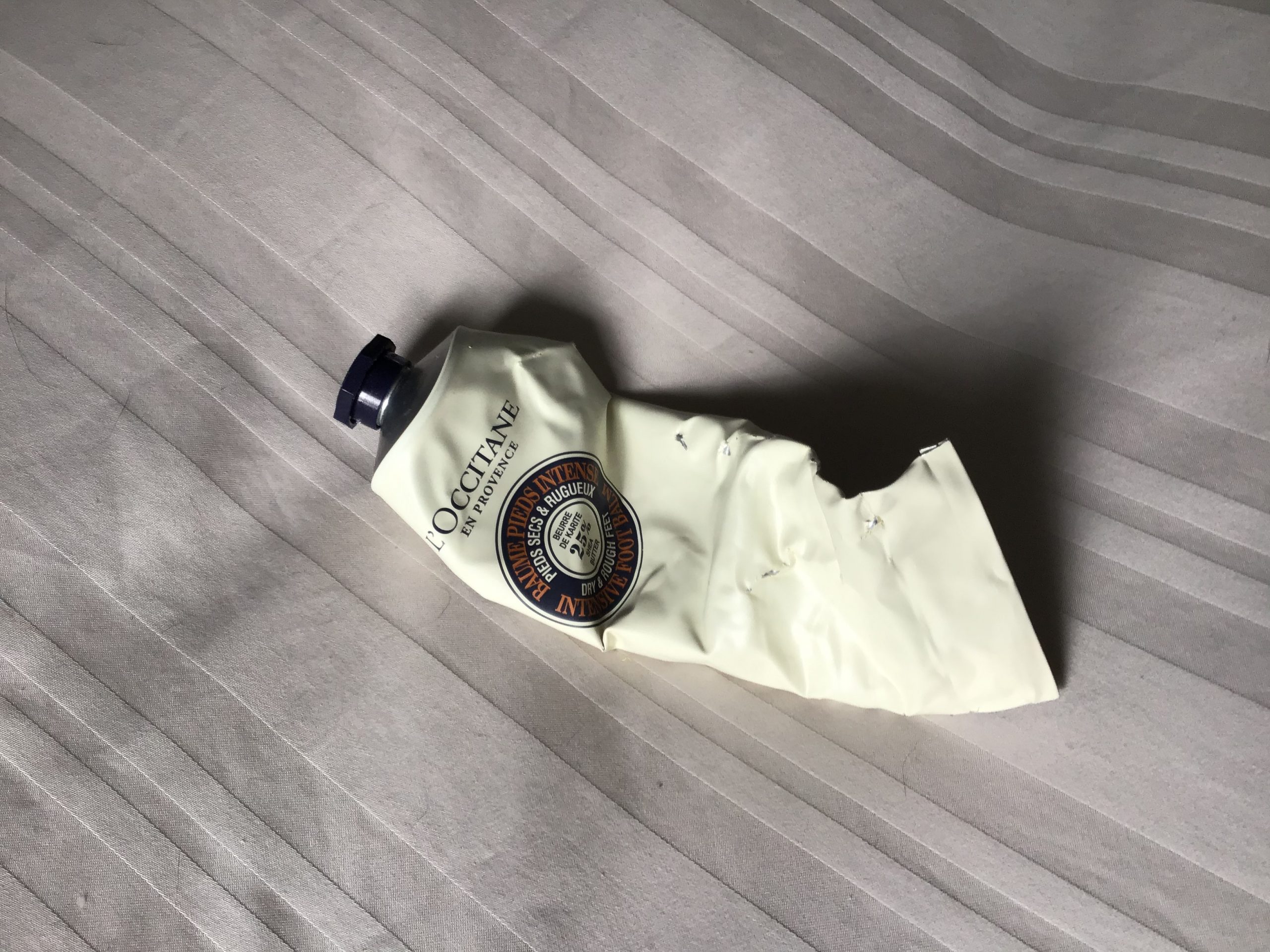 As I said, I’m not complaining because he has been using the foot cream to massage my foot, as instructed by Brittany, to flush away all the damaged stuff and help reduce swelling, which has really helped. He has also been applying Bio Oil to the operation site since the cast came off… he is a SAINT!!

So, a fantastic week for me in terms of recovery. I can now walk a short way without a crutch and am hoping I will be allowed to go on my own treadmill soon for short periods to rebuild my stamina. By the way, if you’re wondering about the ‘odd’ shoes, the ankle brace is quite bulky so I need a more generous fit on my left foot than my right at the moment. Could create a new fashion trend? 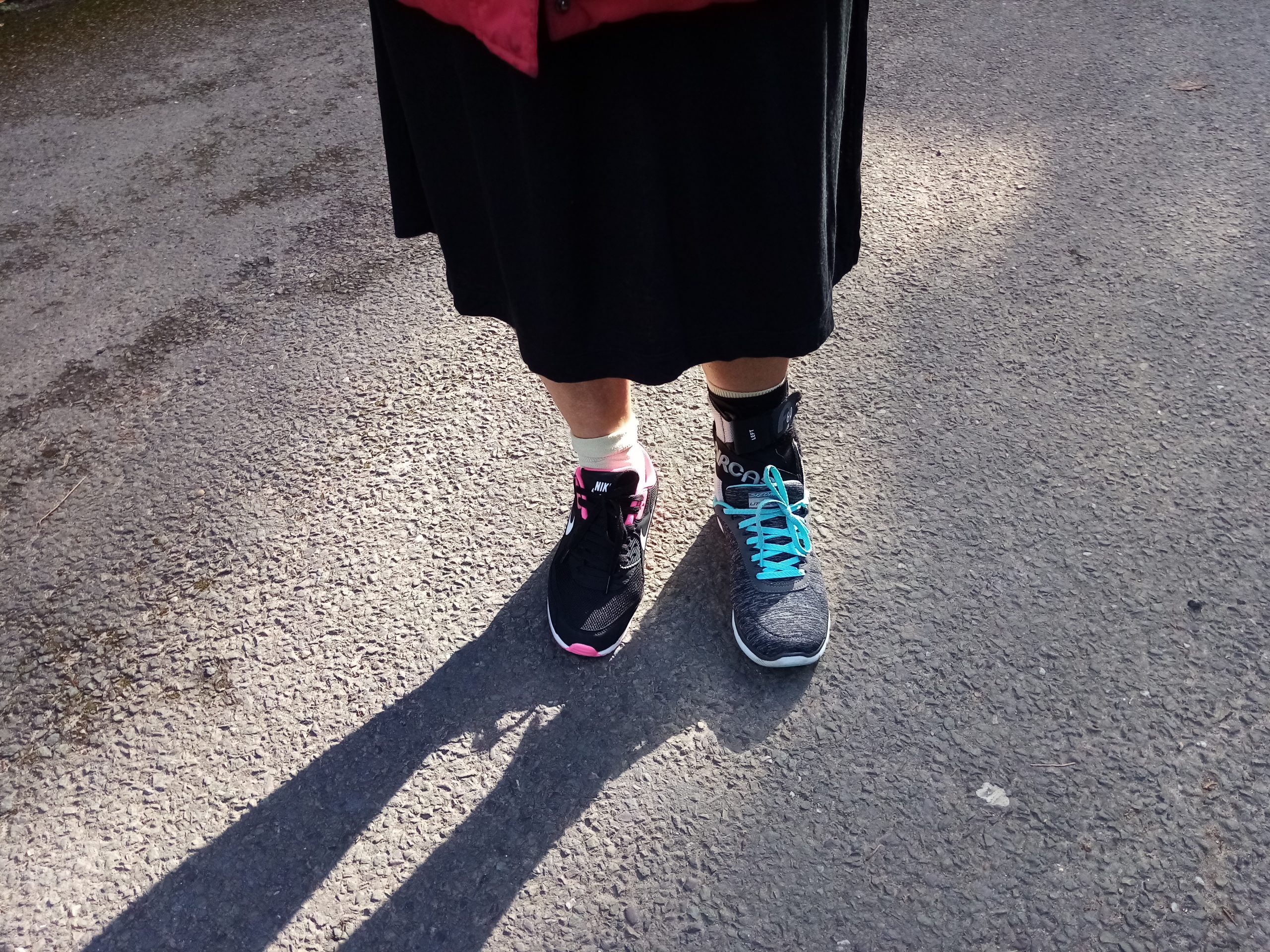 So while I’ve been managing a few steps, my son and his girlfriend were doing rather more at the beginning of this week. He had treated her to a trip to Paris for her birthday and while sightseeing they were wracking up in excess of 25,000 steps a day! It’s quite funny really, as Katie has committed to 10,000 steps every day of March to raise money for a cancer charity. I’ll put the link on my social media this week should you feel inclined to support her and the charity. They really enjoyed Paris and I love this little soap dish I got as a present – a timely reminder to keep washing my hands, although I must admit that we are currently using ABC Skinwash rather than soaps on the hand basins. The dish will remain on the bath – quite appropriate really.

Speaking of Paris, there is a fabulous Gatineau Today’s Special Value coming up on Sunday, and do have a listen to this week’s Inside QVC podcast which features Andrew Bagley, who brought the brand into the country and onto QVC twenty-six years ago.

Prior to that, we have a twenty-four hour Love Your Garden event tomorrow. If we are going to be spending a bit more time in our own home surroundings, getting out in the garden will help lift our spirits. I’m one of those that does virtually nothing in the garden in the winter, apart from feeding the birds, and then panics at the start of spring. If you’re the same, you are going to love tomorrow. The Today’s Special Value is a set of ten LED solar lights from Luxform at a really great price. I don’t have these actual ones, but I do have a couple of previous sets dotted around my garden and in planters and when they come on at dusk, even if they haven’t had much sunshine, they look so pretty. 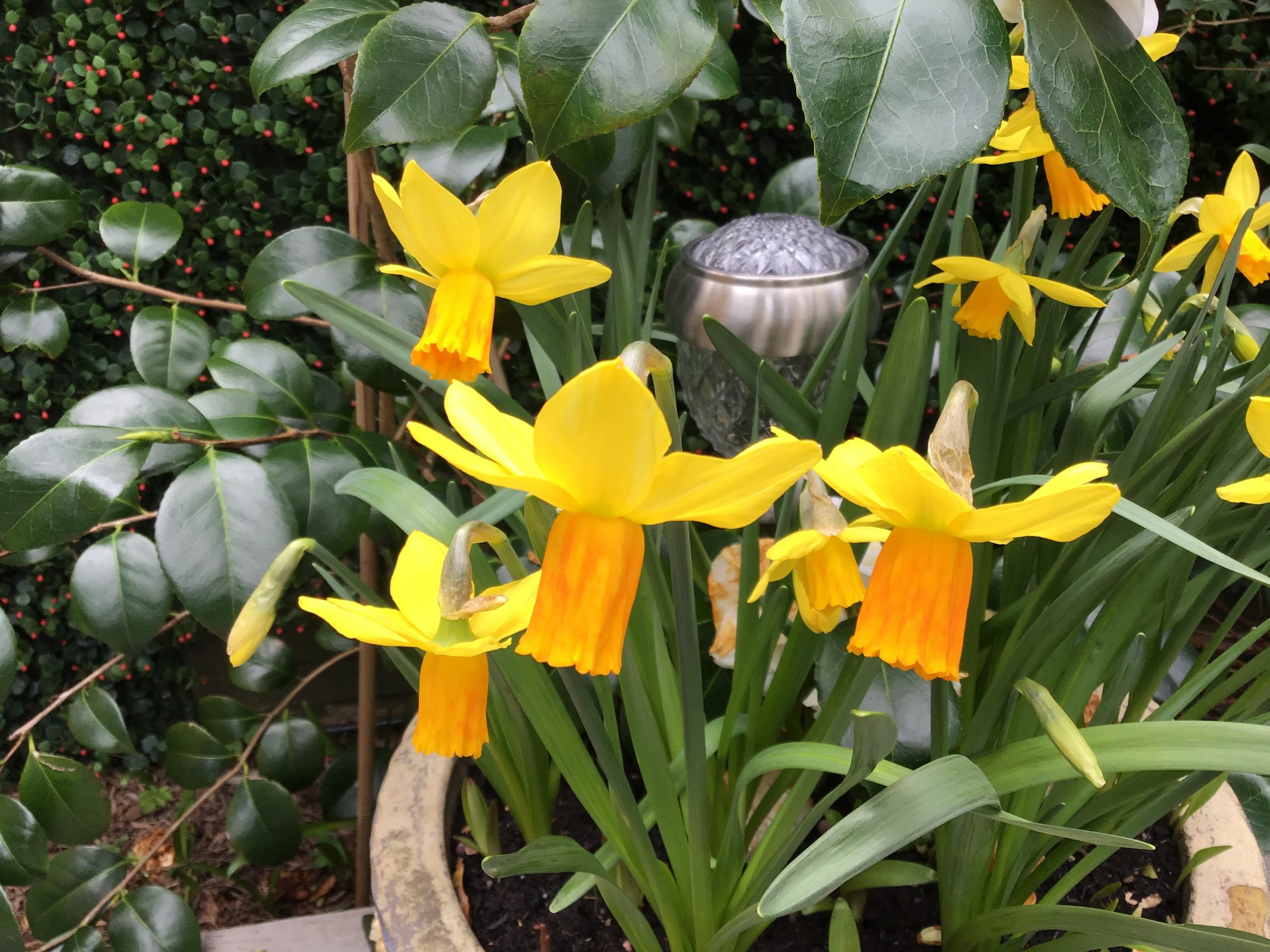 Some of you may remember George from de Jager visiting my garden last spring with planting suggestions. Lots of the gorgeous bulbs he recommended are now blooming, as is the white cherry bush my mum bought me and the beautiful pink camellia bush. The white camellias have been out for a while but the pink are just starting – they are so lovely with their waxy, shiny leaves. 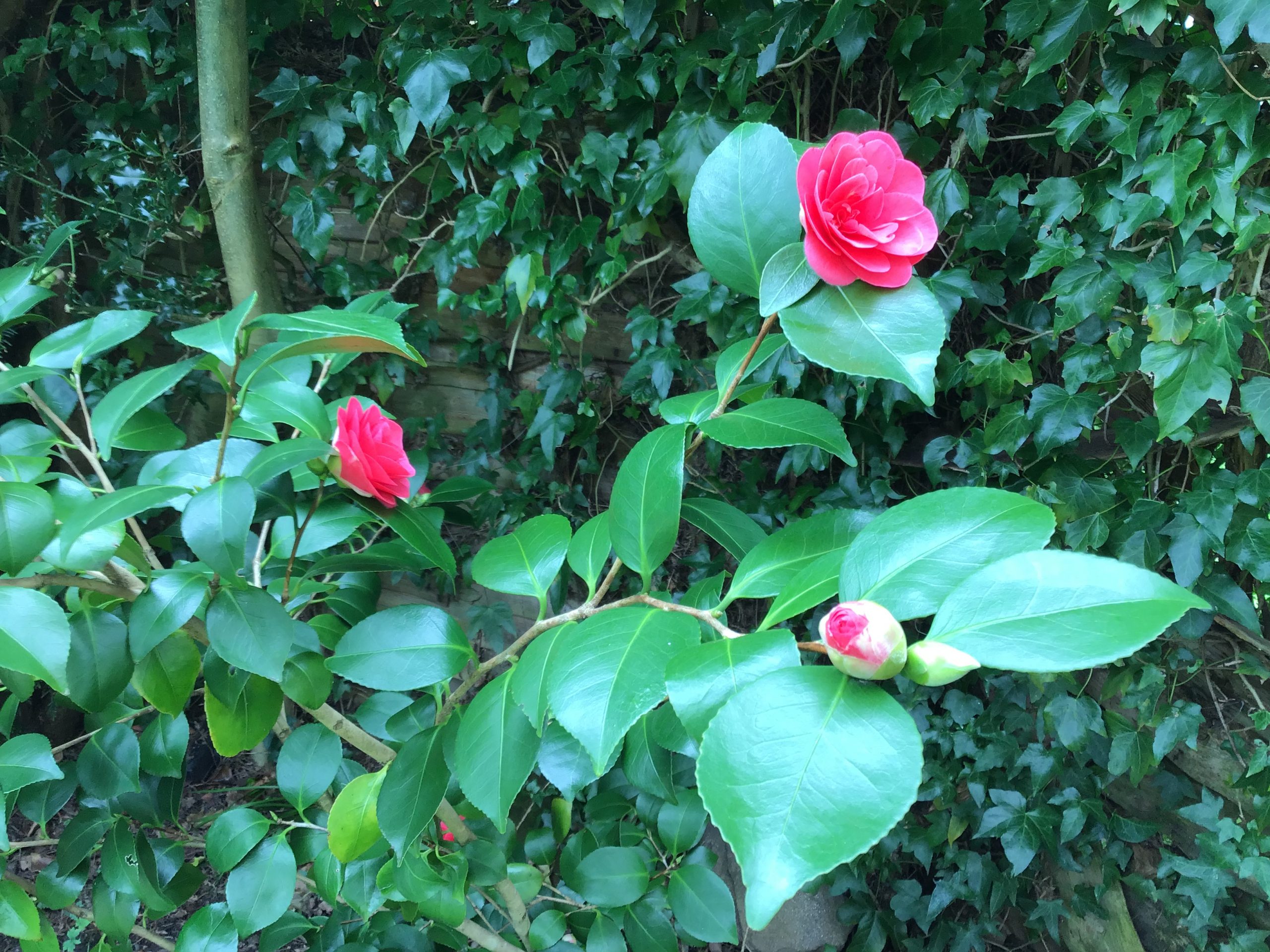 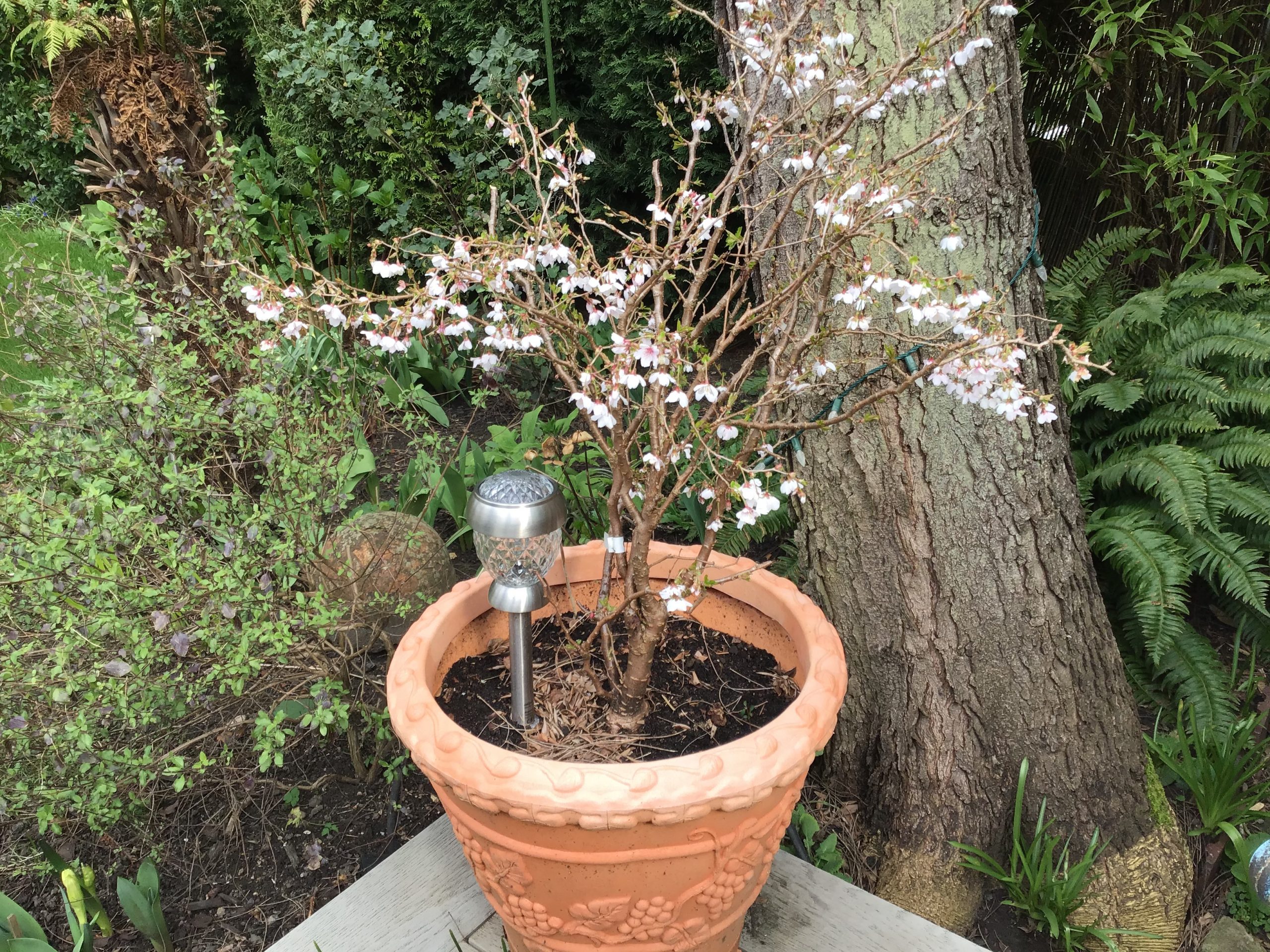 Back to de Jager, watch out for special deals on some highly-scented begonias, and also some double Primula Belarina in vibrant colours, which are scented too. Before I finish, I wonder how many of you remember the presenter lily-growing challenge from a few years ago? Well it’s back! This time we’ll be growing Richard Jackson lilies, which will be on some shows tomorrow – can I just say Ali Young REALLY wants to win this time!!

Please look after yourselves.
Much love,
Julia xx