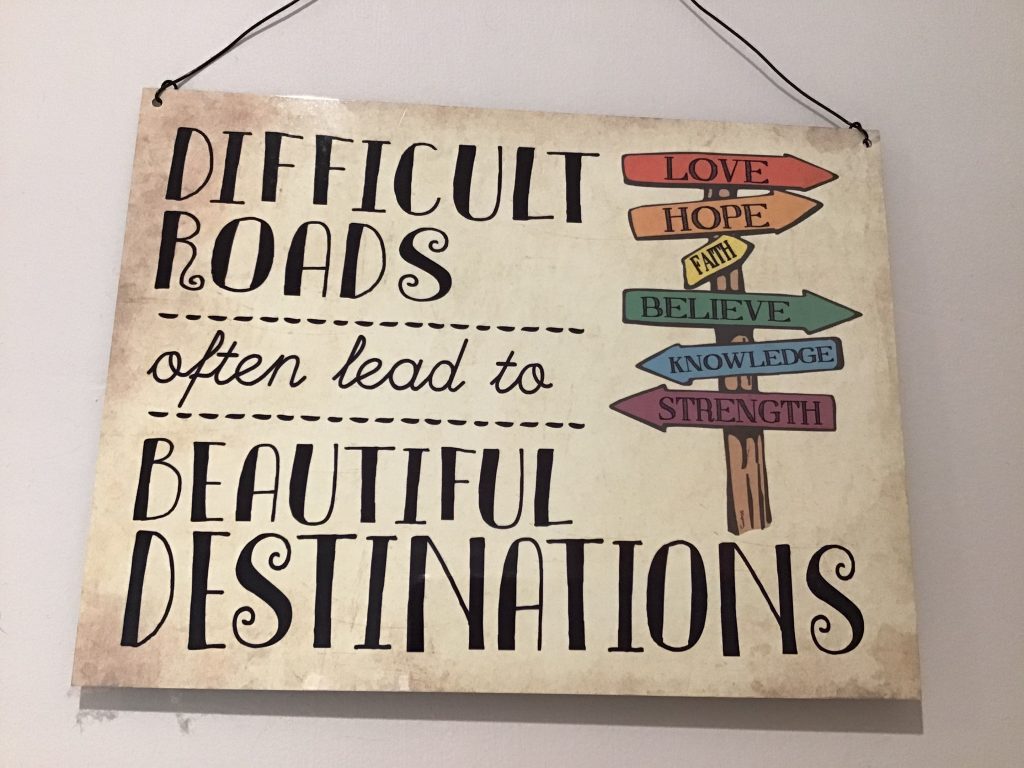 It’s been a funny old week with quite a few people I follow on social media mentioning that they have been feeling a bit low. Maybe it’s to do with the realisation that we have now passed the hundred days mark since lockdown began and our world shifted. Although things have certainly eased a bit, we are not out of the woods yet and I’m sure I’m not alone in feeling nervous about the next steps, so I thought I would share with you one of the motivational plaques that I have hanging on the wall of our downstairs loo.

‘Difficult roads often lead to beautiful destinations’… true, but it is the signpost I want to draw your attention to: Love, Hope, Faith, Believe, Knowledge and Strength. I know they are only words, but they are powerful ones and looking at this plaque several times a day makes me count my blessings and look ahead to the beautiful destinations that may be just around the corner.

Talking of beautiful destinations sets me thinking of Paradise Island in the Bahamas. Claire Sutton and I were lucky enough to be chosen as the presenters to front live broadcasts from the newly-opened Atlantis Resort in 2000. You may have heard Claire’s announcement on The Morning Show earlier this week that she was departing QVC after twenty-two years. I watched from home and must confess I felt pretty emotional. This photo was taken on the ‘wrap’ day after we had finished broadcasting all the live shows back to the UK. From that group photo, it is only Chas, our soundman (who is standing behind Claire and myself) and I who have been with the company throughout. Emma, at the front in sunglasses, returned to QVC after a break away to have her family. 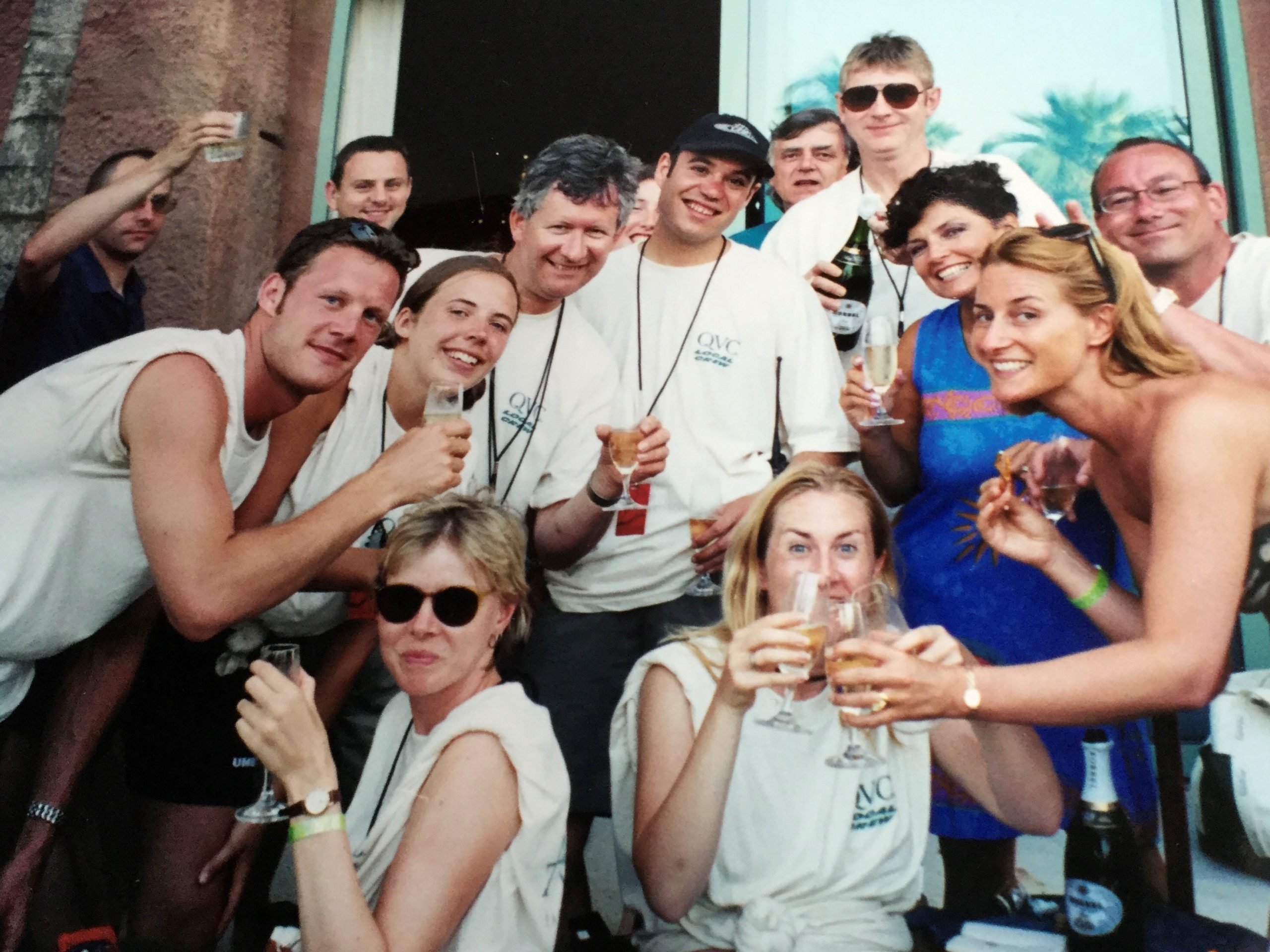 Claire and I both came from similar working backgrounds; we were both professional dancers, so how funny that this photo popped up on my Facebook timeline this morning to remind me of a post from three years ago. 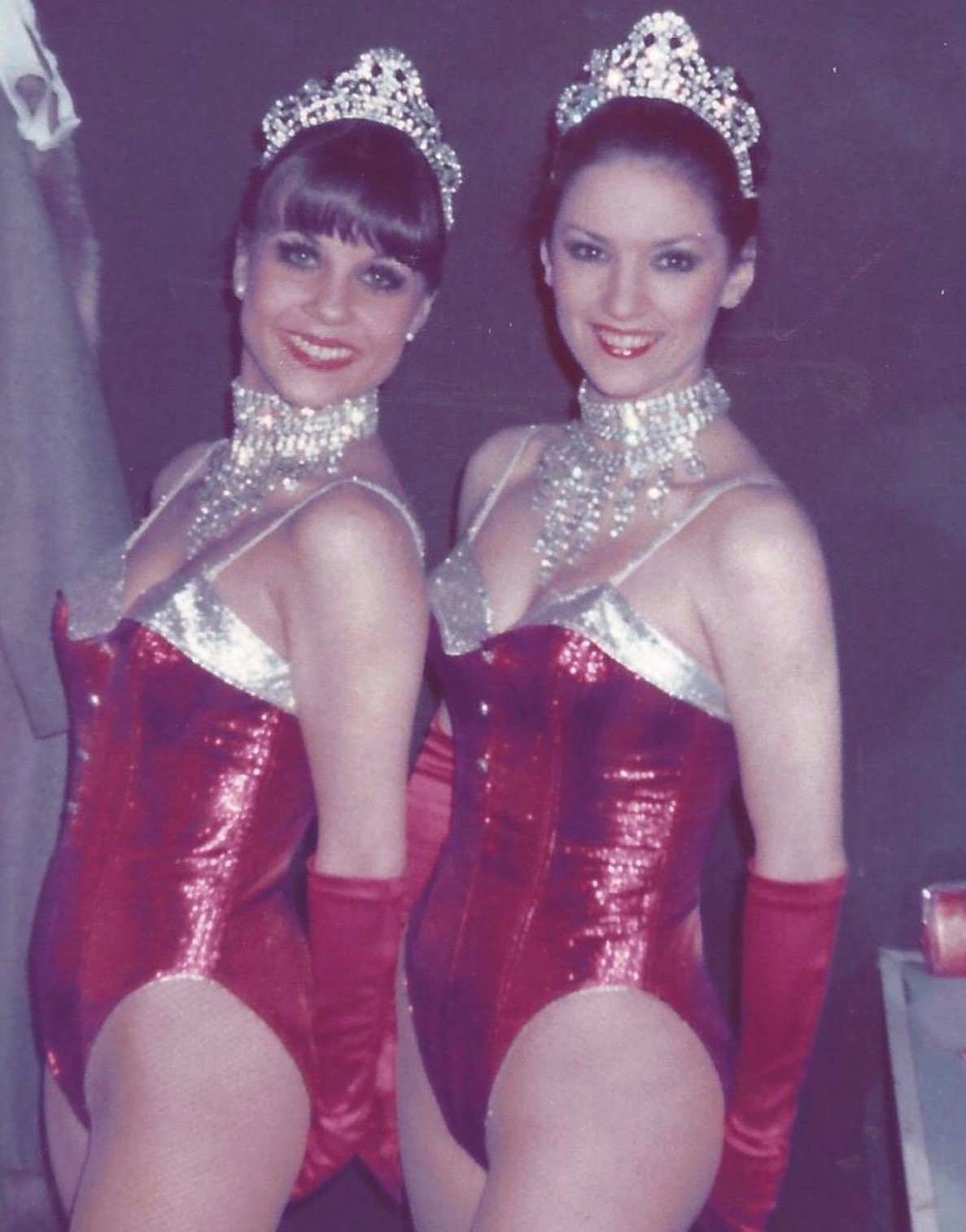 I’d put it on there after someone had made a comment about my novel, Alice in Theatreland, which is set in 1976, that I should have done some research into the fashion of the mid-1970s. If they had done their own research they would have known that I was a dancer throughout much of the 1970s, so not only did I know about the fashions, my ‘story’ was accurate in other aspects too, like the audition process back then, and the behind-the-scenes insecurities. This photo was taken when I was working at The Stork nightclub in 1975, which is what I based The Ostrich club in the book on – just the location, the storyline is completely fictional.

Not only was I aware of the fashion of the 1970s, I used to make a lot of my own clothes because dancers were often ‘resting’, and I was usually short of money. Funnily enough, Glen Campbell and I were talking about a similar period in fashion on our show together yesterday… I wonder if you ever unpicked the side seams of your already flared jeans to insert floral fabric!?! It was so lovely to see and work with Glen yesterday for the first time this year! This photo of us is from two years ago (thought I’d better mention that in case you were worried about social distancing), but I am wearing a Denim & Co. dress, which is the brand we were showing yesterday. 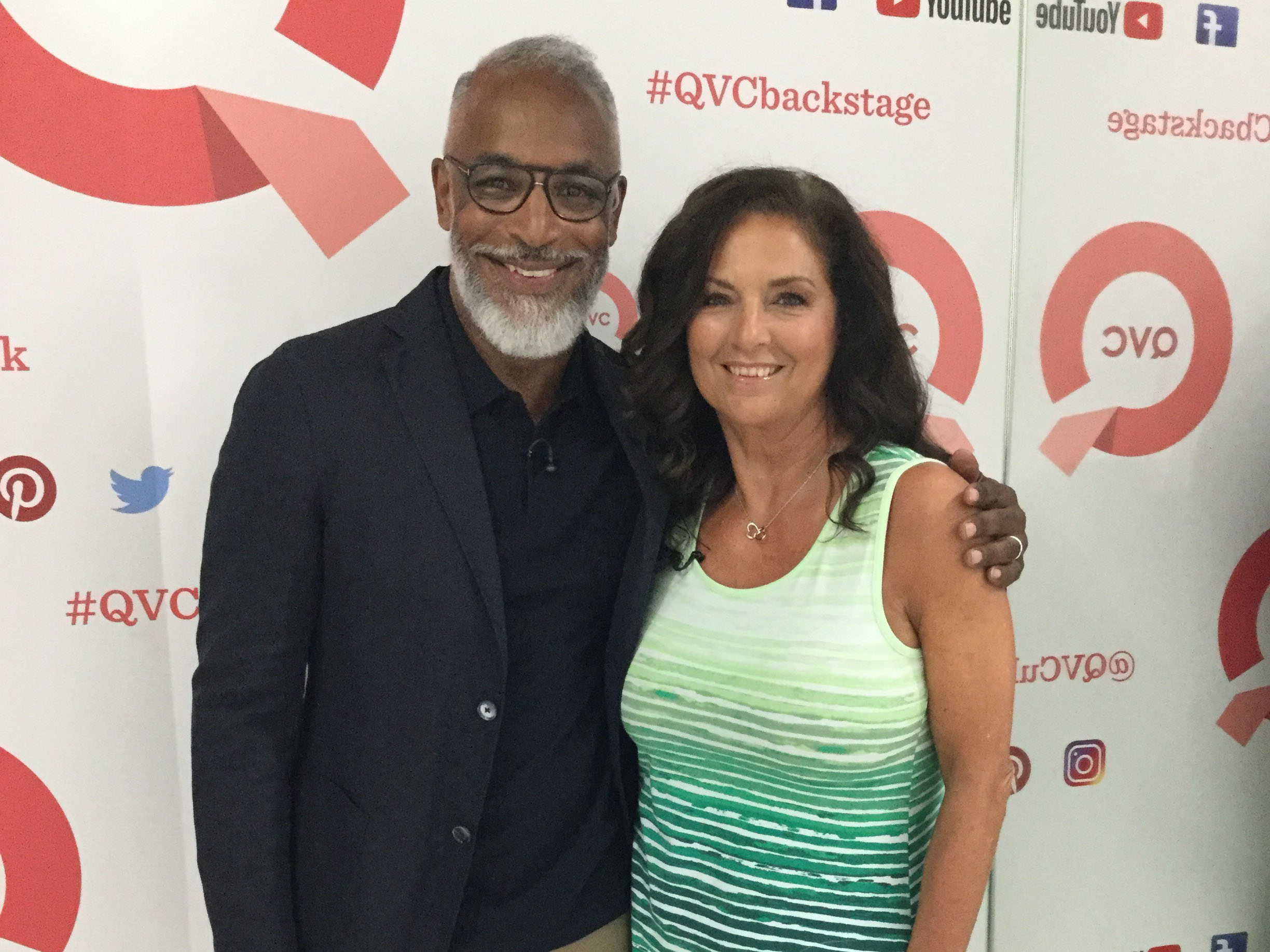 Although it was the first time I’d seen him in person this year, we do follow each other on Instagram where he often posts about the delicious food he makes. In fact, he commented on my picture last week of the halloumi burger and fries dinner that Chris had made me. Here’s another of Chris’s efforts, Asparagus and Bean Strangozzi. 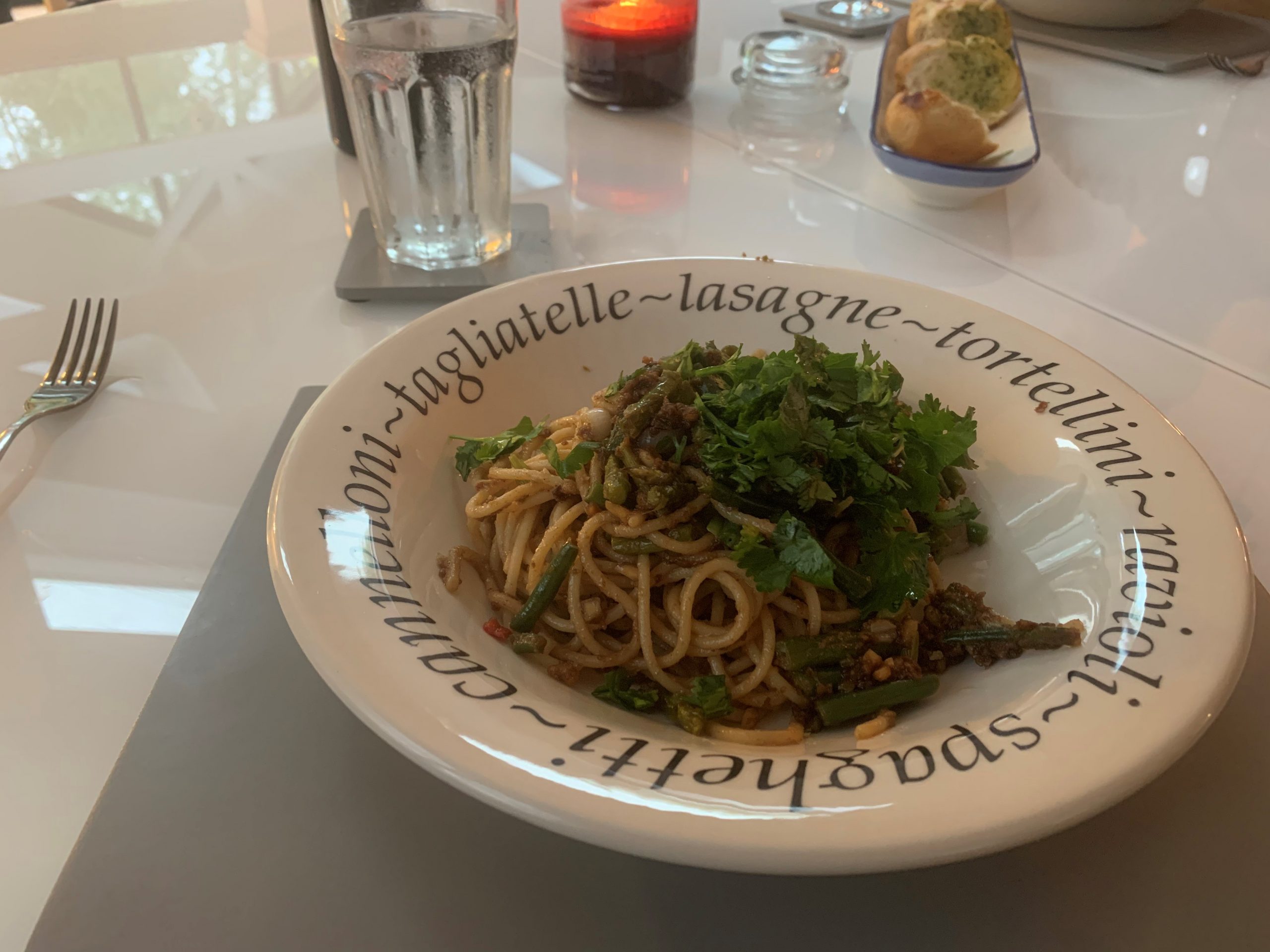 It’s a dish I usually do, but I’ve been so busy writing, he has been doing all the cooking for the past ten days or so. This one has a Thai flavour to it, with the sauce made from peanut butter and light soy sauce along with chilli and spring onion – a very fine first attempt.

He’d be the first to agree that he’s not a ‘natural’ cook, but as long as he reads it properly, he can follow a recipe. He’s also a bit of a messy cook, which is why these lids from Kochblume, coming up as a Today’s Special Value on 16th July, will be ideal when he’s in the kitchen. They are quite ingenious as they prevent pans from boiling over – brilliant for rice, pasta, potatoes and peas etc. They can also be used to sit vegetables in to steam, with the normal pan lid over the top, and can be used in the oven to 230 degrees and in the microwave. I’ll be letting him loose with them this week! 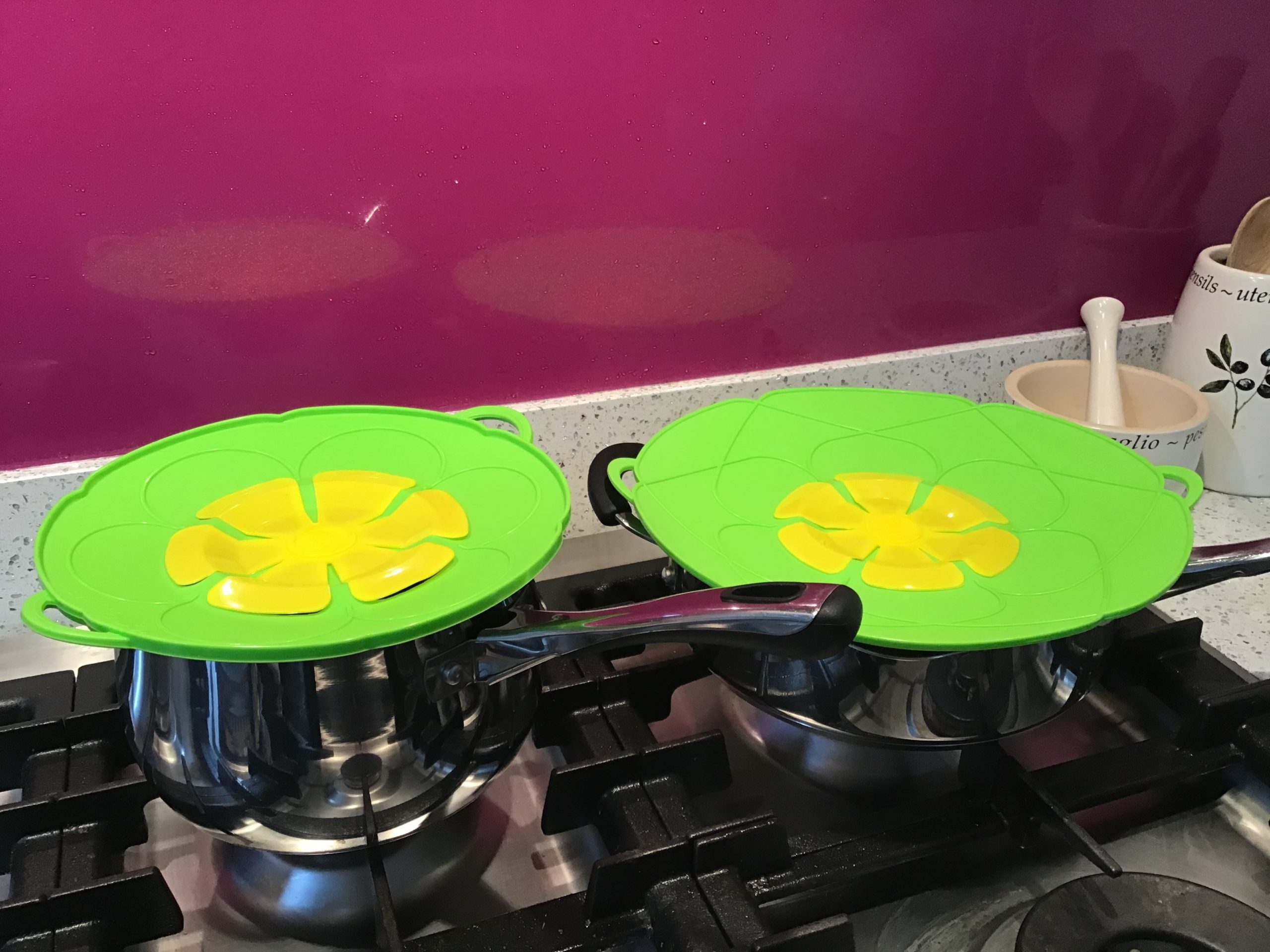 So, as you may remember, I took a few days off to get some writing done on my next book and I’m pleased to report that the words flowed. I was very disciplined, even working outside in the shade throughout the heat of last week. My target over the nine days was eighteen thousand words, equating to two thousand a day, and I’m pleased to say I smashed it, achieving almost twenty thousand! 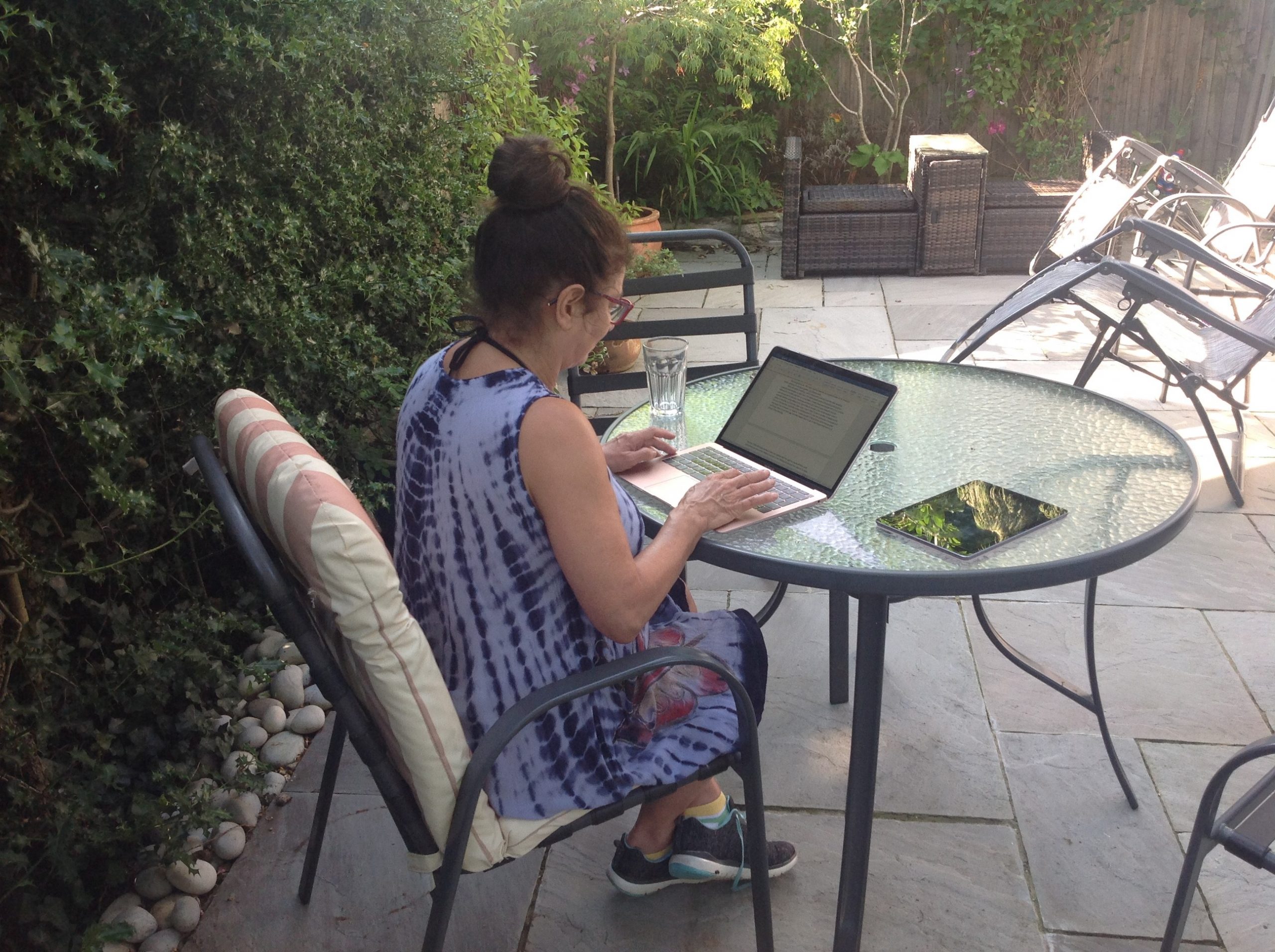 I shared this on an Instagram Live last evening, which you can watch if you’d like (juliagroberts) as I always put them up as videos afterwards. It’s lovely to get the live comments though, although I didn’t realise you need to physically scroll up to see them until near the end – technophobe strikes again. Amongst other things, I was talking about cleaning Wilfie the cat’s teeth (I’ll do a video for next week if you doubt me on that one), and also lamenting that I hadn’t heard from my local salon to book a hair appointment. I don’t know if they were watching, but I had a call this morning and I’m all booked in for Thursday… Hooray!

Of course, the beauty side of their business is still not allowed to open but fortunately QVC have great beauty brands and products to help you care for your skin at home. Coming next Tuesday, we have a Rio Facelite Today’s Special Value – it’s a flexible mask that uses red light and near infra-red to help get the best out of your skin and your beauty products. 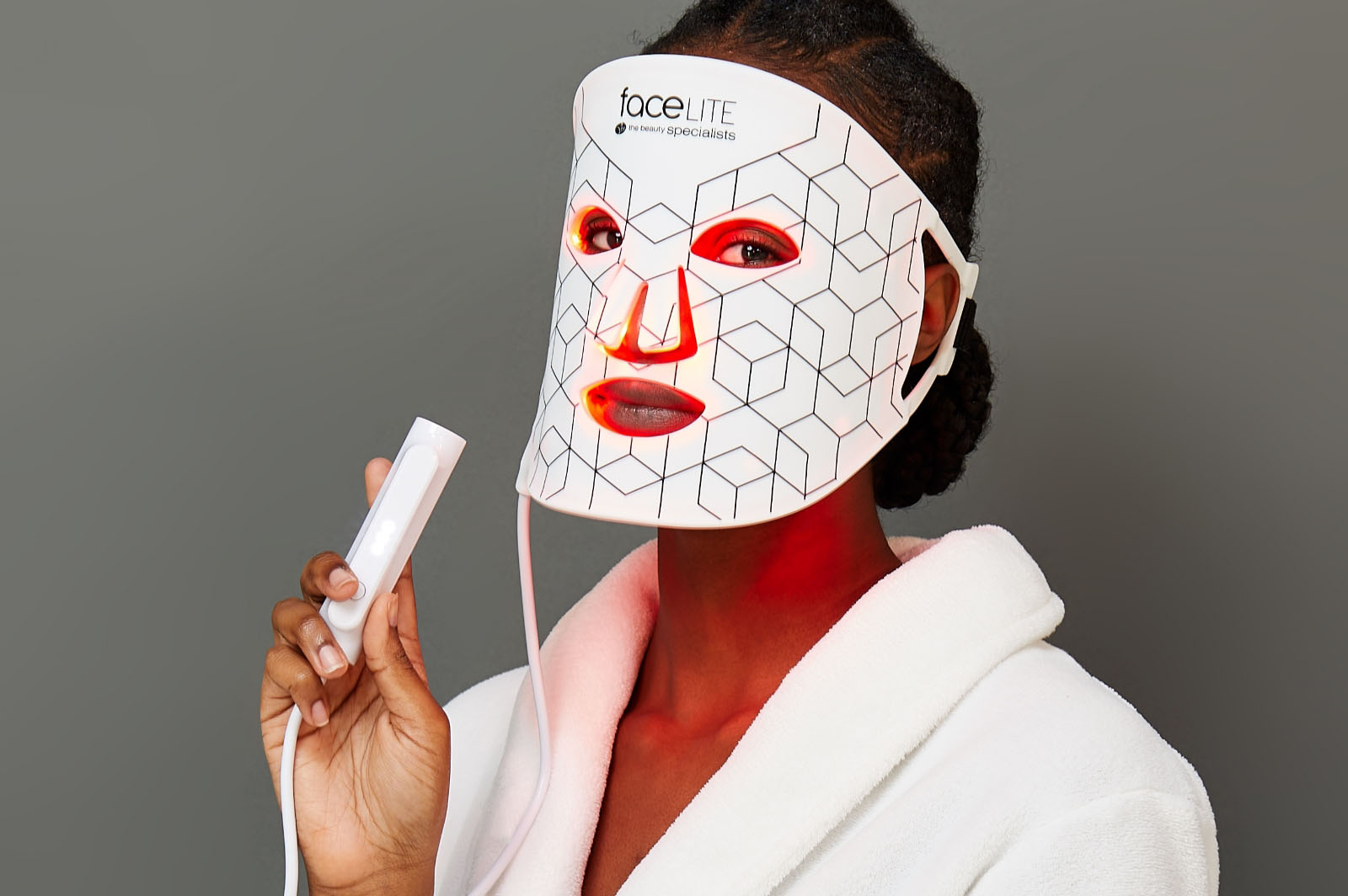 Speaking of which, I have an hour of Elemis tomorrow afternoon at 3 p.m., followed by Diamonique with lots of stunning new pieces at 4 p.m. The only downside to that is that I will miss the Crystal Palace match on TV… on second thoughts, maybe that’s not a downside after their last two performances!

Enjoy your weekend, whether you decide to stay in or go out,