Hello spring, is that you calling? 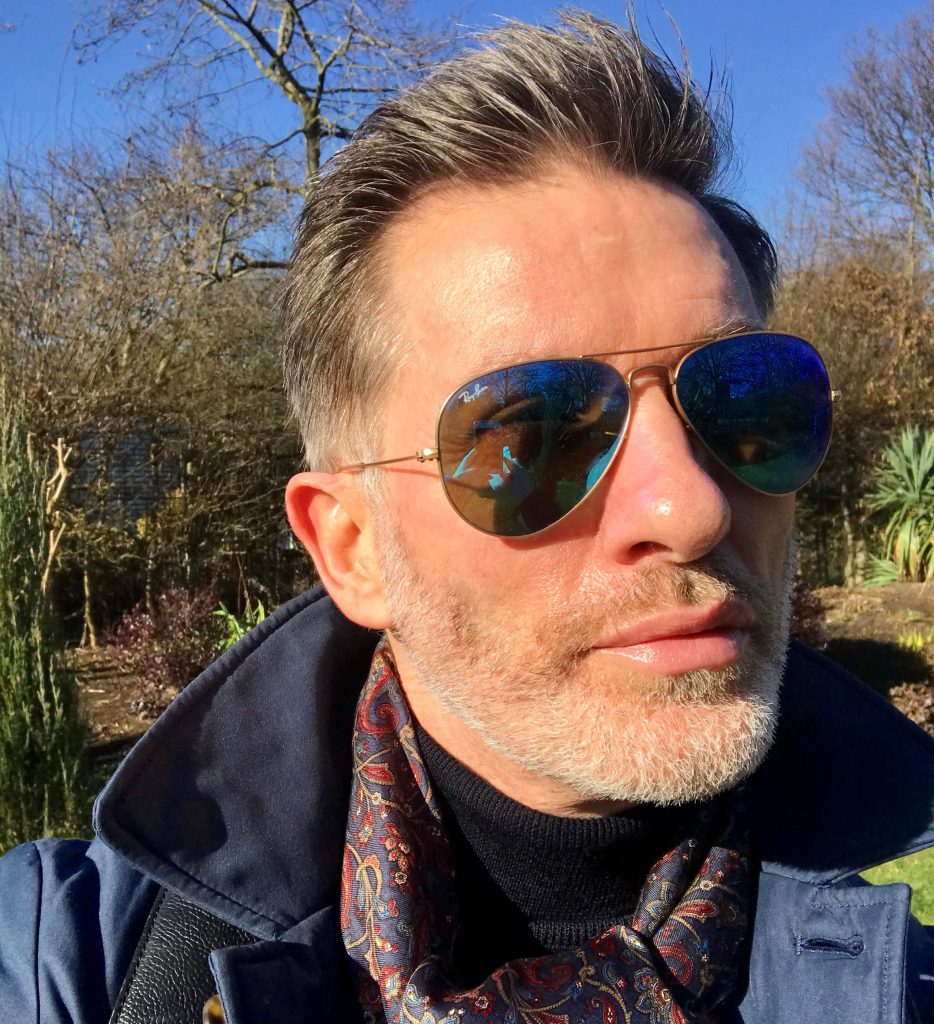 Birds are singing, buds are shooting, the sun is shining and even daffodils are already out and on display. Are these the calling cards of spring already?

It seems so, though I am very mindful of the old adage, “N’er cast a clout ‘til May is out”. That said, I have been out enjoying as much of the sunshine as I can, even though there is still a nip in the air. It’s a wonderful feeling. 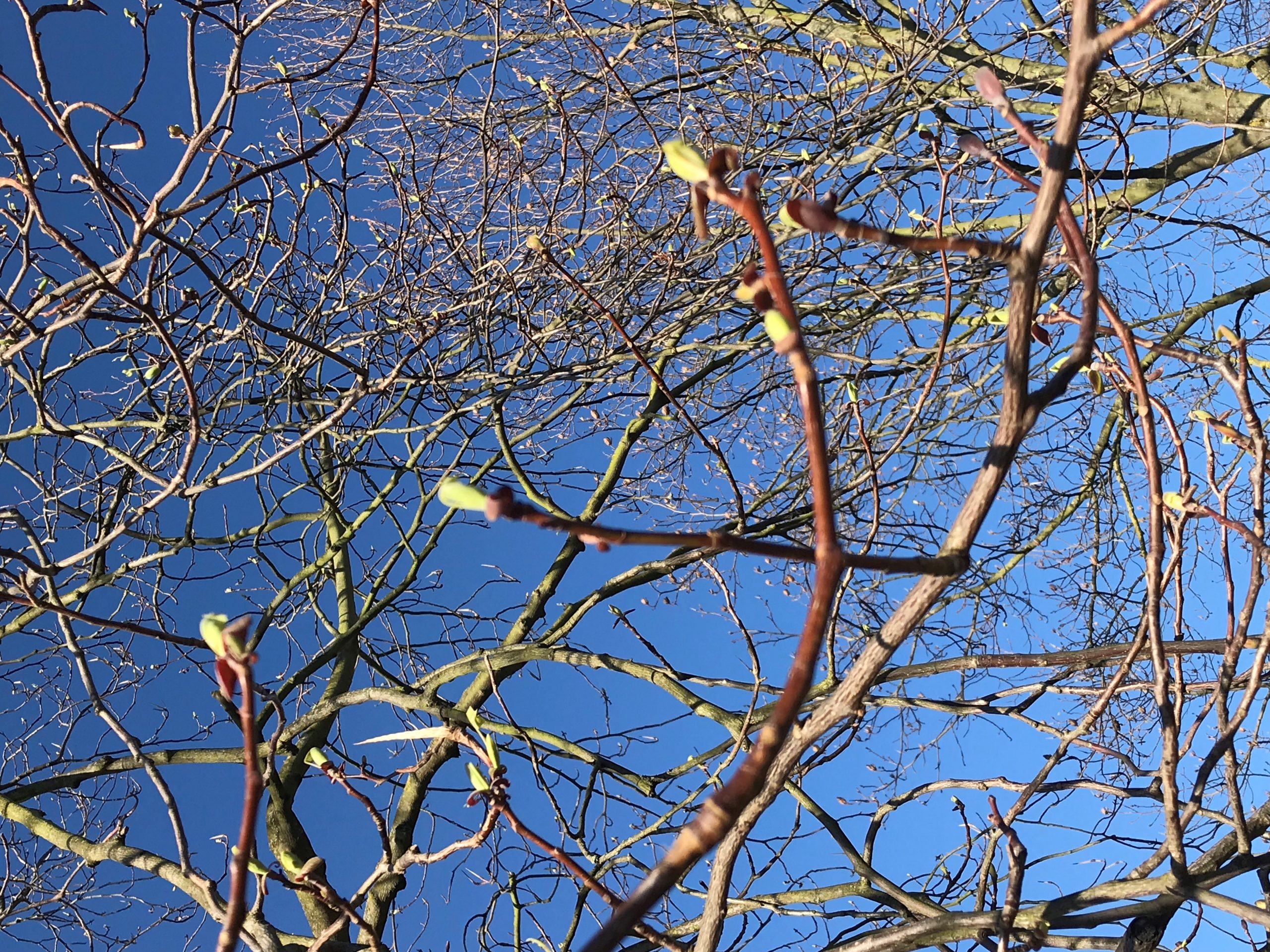 For some reason, this spring feels like it is in High Definition. The sky looks so much more blue than it ever has before but I think it’s because I am seeing it through vaccinated eyes! Yes, I had my first dose of the Covid vaccine about a week ago and, whilst it did leaving me feeling a little unwell for a few days, it has made me realise that there is some light at the end of the tunnel (mostly sunlight this week) which is a truly great feeling given the last year we have all had. 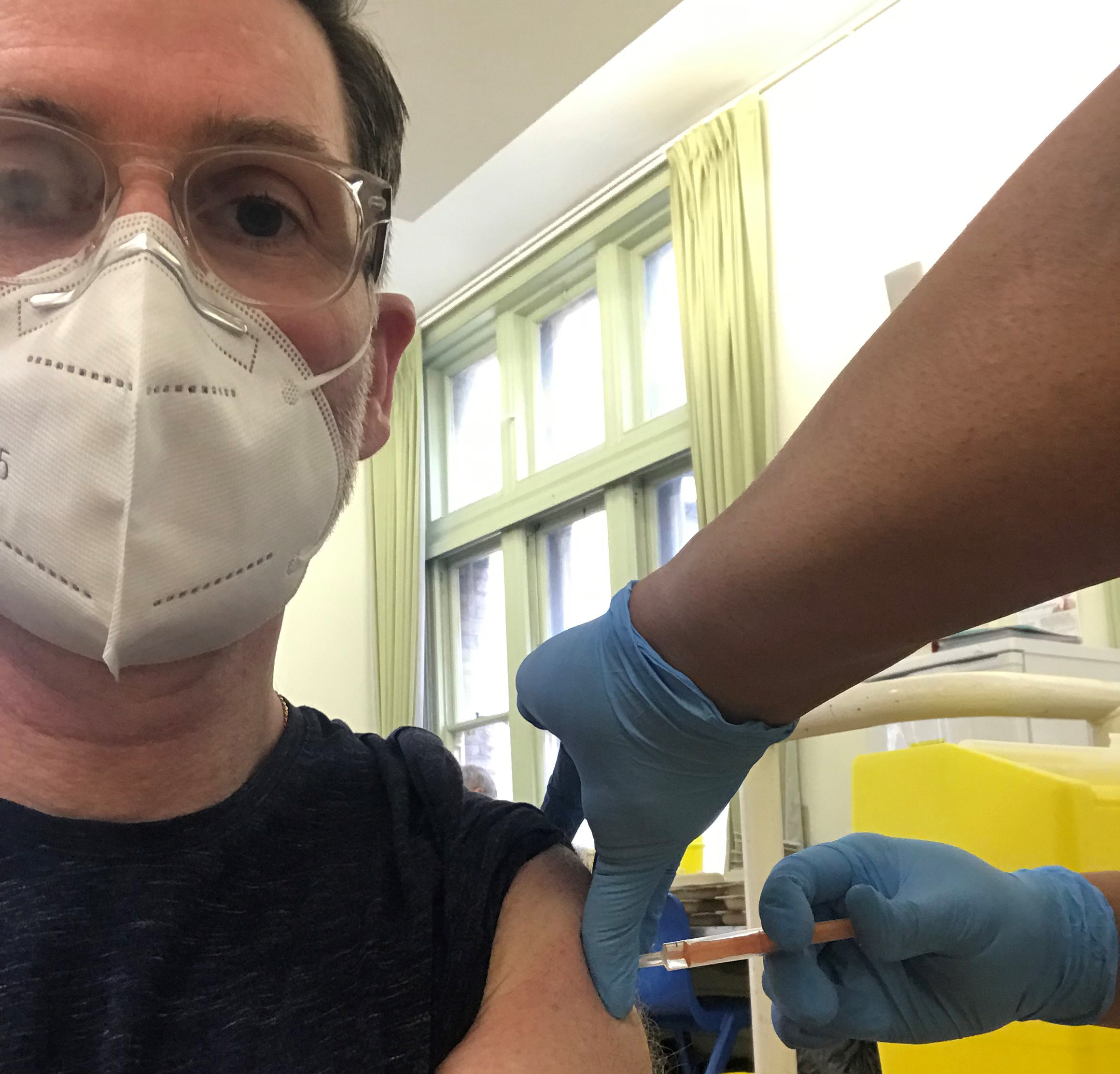 My vaccine was in the local town hall last week. I was very pleased to be getting it as it really felt like a huge step towards a new liberated life coming sometime in the, hopefully, not too distant future. The vaccine process was very quick and efficient, not much waiting around and the injection itself was totally painless. I was getting my phone ready to take a selfie (ah, the age of Instagram!) and I was so involved in taking the pic that I didn’t notice that the injection was done and dusted. No sooner had I sat done and got my short sleeve off than I was being directed out of the building. Job done! Like I said, I was a bit unwell for a few days afterwards but nothing too bad and certainly not as bad as having to go through Covid. I am so grateful for it and it is why, I believe, that all the elements of spring seem to so much more High Definition than ever before, because I am seeing them through eyes filled with renewed hope of new beginnings on the horizon.

With that has come a desire to update my whole wardrobe (Any excuse!) Lol! Anyone else?

Speaking of which, did you know that the inimitable Dannii Minogue has teamed up with QVC to bring us a fashion and jewellery range? The news is out already but the range doesn’t officially launch on air until 8th March and you can find it on the website right now. 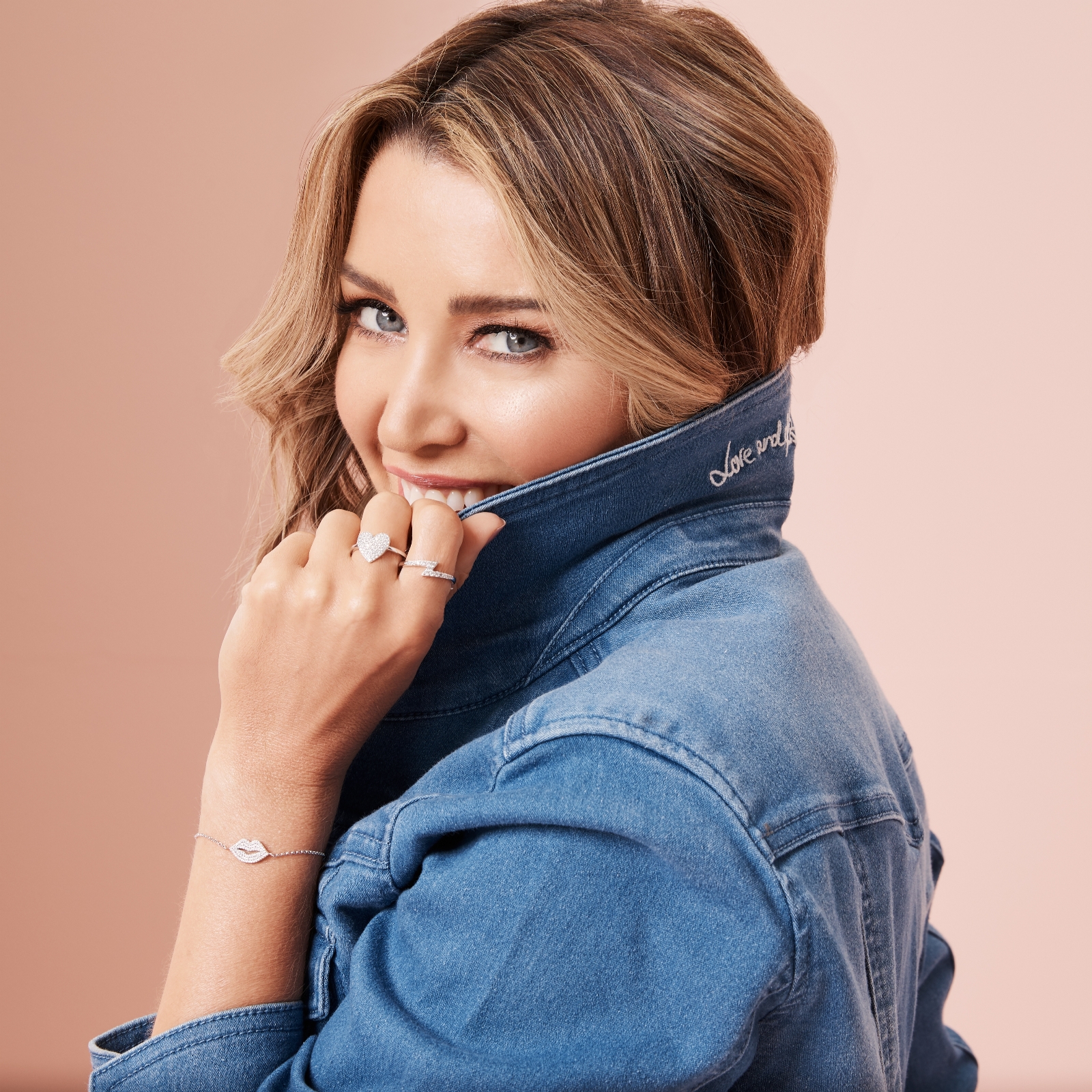 Dannii is bringing us a Petites Range that includes everything from slogan tees, faux leather jackets and bomber jackets to trousers and skirts, as well as a few others in between! Don’t worry though, if you’re not a petite, about 30% of the range is in a Regular fit, so everyone can get in on the fun! 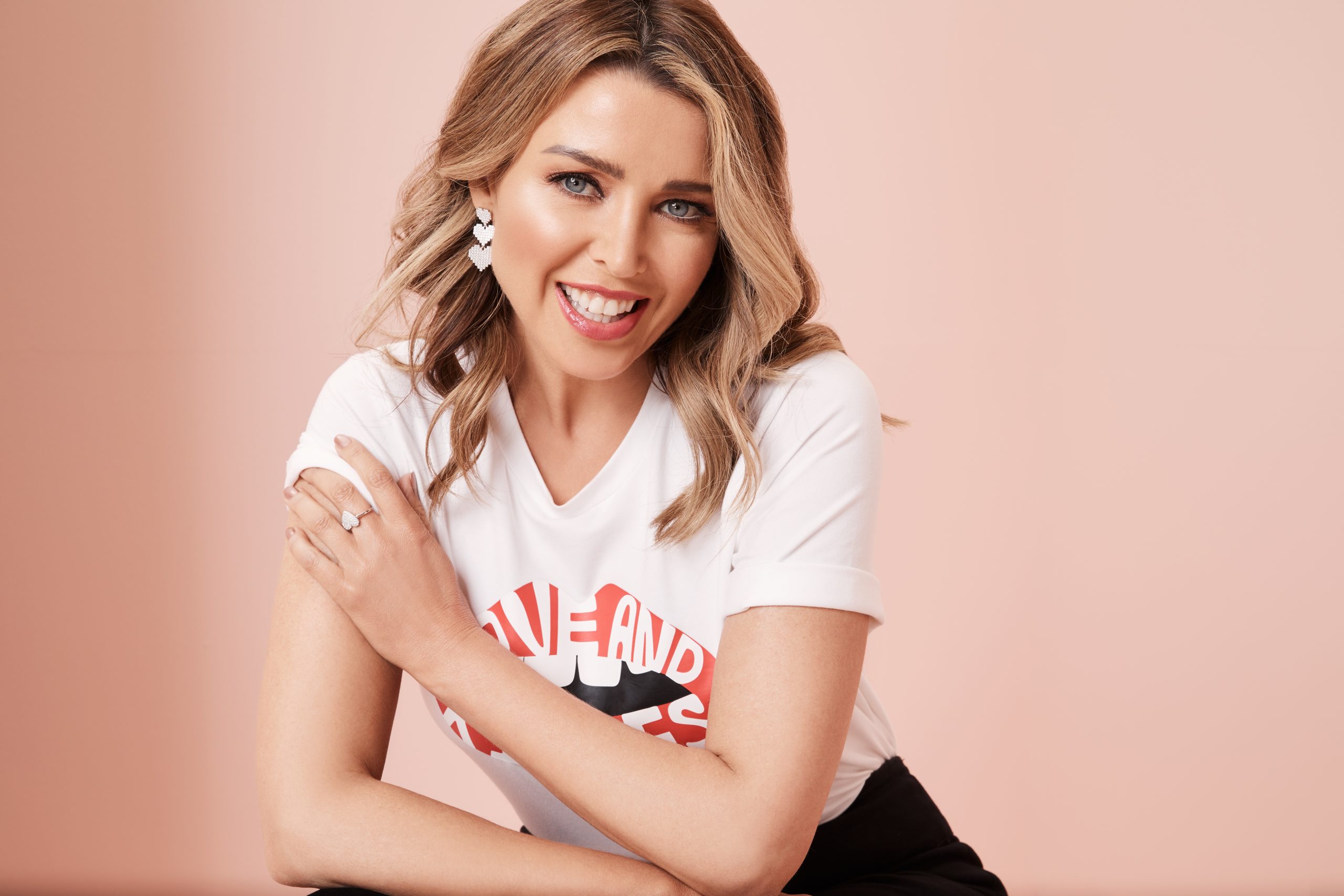 The range isn’t just clothing apparel, it’s also jewellery too! Dannii has partnered with Diamonique and again brings a modern, fresh look to the jewellery with a charm bracelet, a love and kisses pendant and a lightning bolt ring.

Check out our stylist Stine’s latest blog here, where she has teamed up with my good friend Eilidh to show off some of the pieces.

If jewellery is your thing, don’t miss out on our Diamonique Design of the Month for March, which has been designed by none other than Charlie Brook. It’s his a four heart, four leaf clover pendant. 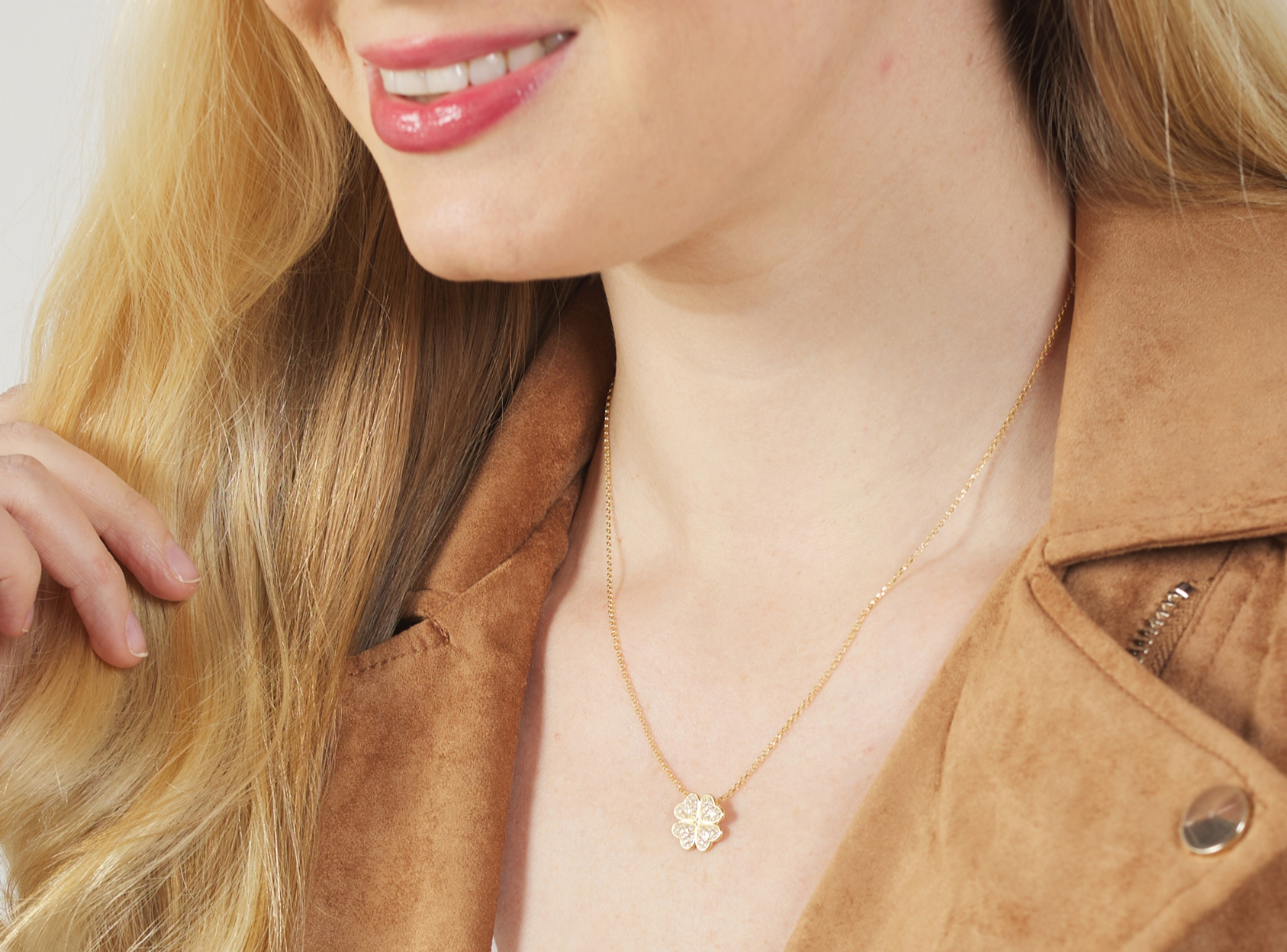 It’s made in sterling silver and available in three different finishes: yellow gold plate, rose gold plate and rhodium plate. It has 52 simulated diamonds in it too, one for every week of the year, which is probably how often you will be wearing this piece as it’s so lovely. Don’t forget Mother’s Day is coming up, so this could be the perfect little gift whilst it is at a feature price too!

I am off out onto the balcony and into the sun to start getting things tidied up in preparation for a new season of planting. I missed out in Richard Jackson‘s Todays Special Value plants, did any of you get them? Trust me though, I won’t be making that mistake again and I’ll be ordering from him soon and getting them grown and ready for planting. It’s not just his plants, but his multi-purpose compost too, as well as some more Flower Power! 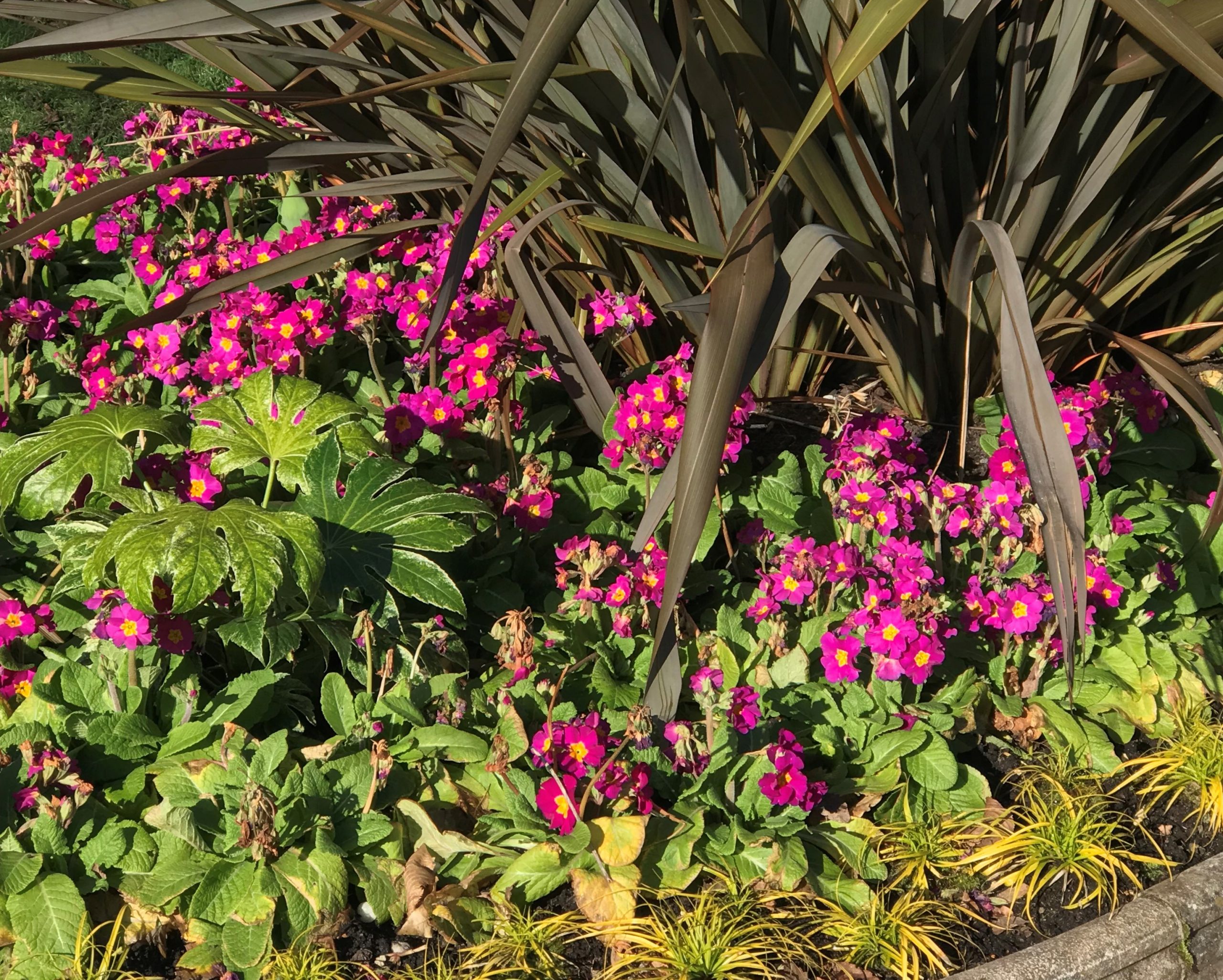 First though, the not so fun bit of tidying up and cleaning out pots ready for the big planting that’ll be happening soon. I’ll post pics and let you know all about it.

What’s everyone else planting this year? All hints and tips for my balcony containers will be gratefully received and appreciated.