Food and Fun with Friends and Family 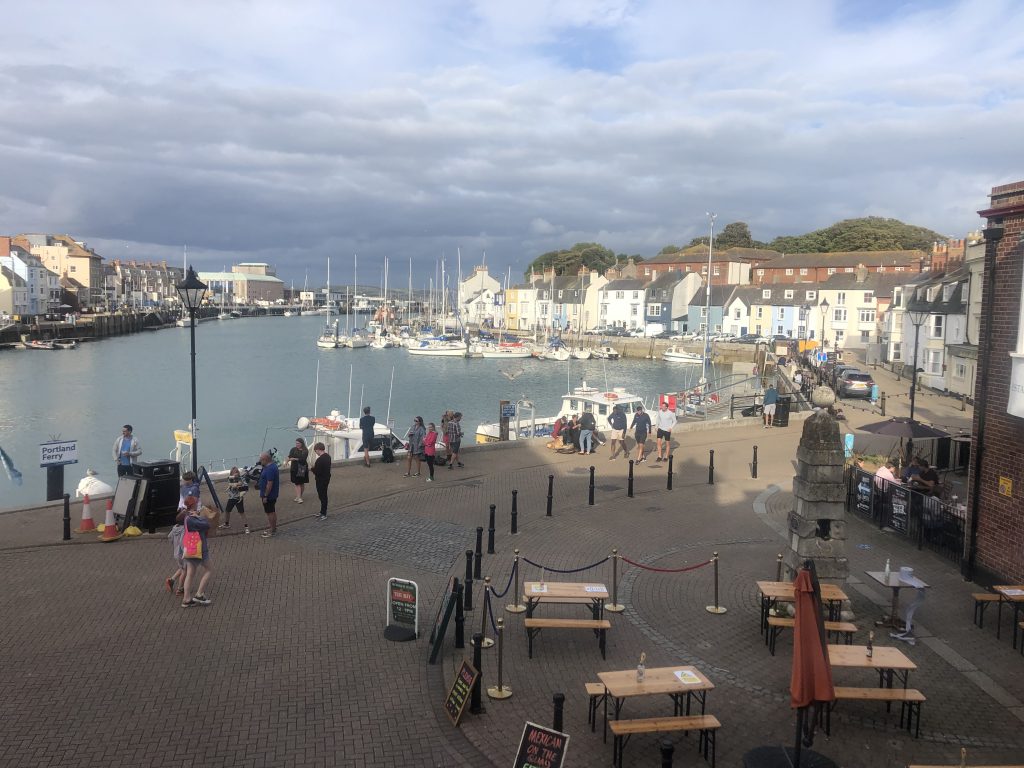 Phew! It’s been a busy but fun fortnight! I know when I last wrote I was at the beginning of a 10 day break, which gave Colin and I the opportunity to see friends we’ve not seen since way before lockdown, and to have some time away on the south coast with a few of the family.   Thanks for writing to me, and I know from your comments that thankfully, the slight tweaking in the rules has meant that for some, the long wait to see children, grandchildren and family is finally over. Separation is always incredibly difficult and particularly when those you love the most you can no longer spend time with. It reminds me of situations in some countries over the years and sadly even now, where couples and families are separated through war or other reasons.  They live apart, often have no way of keeping in touch and live with the fear they might not ever see each other again.   It is heartbreaking to see.  For the rest of us, during lockdown and enforced separation, we’ve had the benefits of living in the digital age and so for most of us it has been easier to keep in touch because of technology.   I remember at the beginning of lockdown I kept in touch with my granddaughter Honey through Facetime and computer games that we could play together although remotely.  However, I realise that not everybody has a smart device, or may not even know how to use one if they had one.

Living on your own is difficult and I was reminded of that when I made what was my first trip of the holiday to see my mum‘s partner Joe in Bishops Waltham. Hard for me to believe that it’s nearly 11 months since mum died, but Joe has been living on his own for longer than that. Mum was in hospital for four and half months and to be honest, she did pretty much everything for Joe while they lived together. She loved cooking and was very much the homemaker. Although Joe is still in pretty good shape, at 87 years old he has emphysema and lack of appetite. His children live a long way off but have been working hard to find a new home for him nearer to them. The house was sold before lockdown but with all the changes, we are still waiting for completion. He is not really able to manage the house anymore and lives downstairs but has the carers in daily and Meals on Wheels at lunchtime, which brings him company and care.  It was sad to see the garden he and mum loved so much so overgrown, but during lockdown no one was able to come over and care for it.   Since then we’ve arranged for a gardener to come in and mow the lawn and as it has been so dry it’s not grown too much, and with a little pruning and cutting back it looked a lot better. Joe hasn’t been out for five months, and was completely taken aback by everybody wearing masks but I managed to take him to pick up his prescription and also get his haircut bless him. With a short back and sides as he said it took years of him which made me smile.  My sister and I have managed to sort a great deal of mum’s things which in itself has not been easy but it’s nice but now there are familiar objects in both our homes and we have put things safely by for our brother too.

It’s been a while since we’d seen my son Sam, so it was lovely to get a call from him while he was away on his travels.  He and his girlfriend Elise had been away in Sam’s Land Rover and had travelled to Cornwall and then across to Wales. To break up their journey home they came and joined us one evening and it was warm enough for us to sit in the garden to have dinner. It is lovely to see Sam so happy, and Elise is absolutely delightful – wonderful when you meet the right person – it’s like the missing piece of the jigsaw. She is great with Sam’s bulldog Diesel too and I love this photograph of the three of them.  🙂 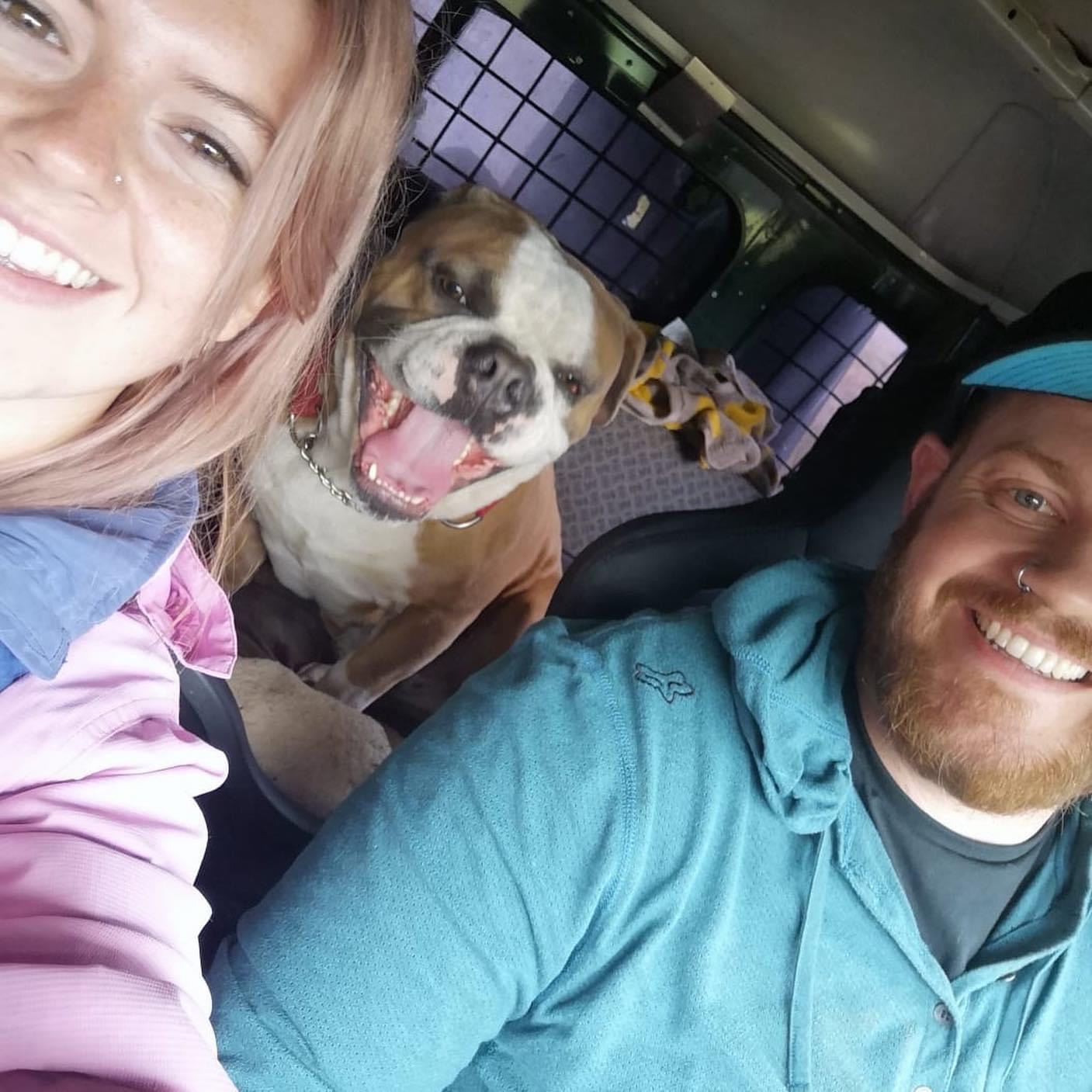 A couple of days later Colin and I headed down to Dorset to see our friends Roz and Chris.  Chris has been shielding for three months and then had to contend with a further 14 days quarantine, so they’ve been going stir crazy until just recently. He also has been unable to work as you may remember he creates all the backdrops, theatre curtains and drapes for many of the key London theatre productions, most notably Phantom of the Opera which sadly pulled out of the theatre that it’s been in for the last heaven knows how many years. Covid has been tough on the Arts and I know for so many, it’s  changed their lives being unable to work.  I hope very much that as we move into the autumn this situation will change for us all. Roz and Chris have a beautiful home in a tiny Hamlet and this is the view from the bedroom that we were sleeping in. 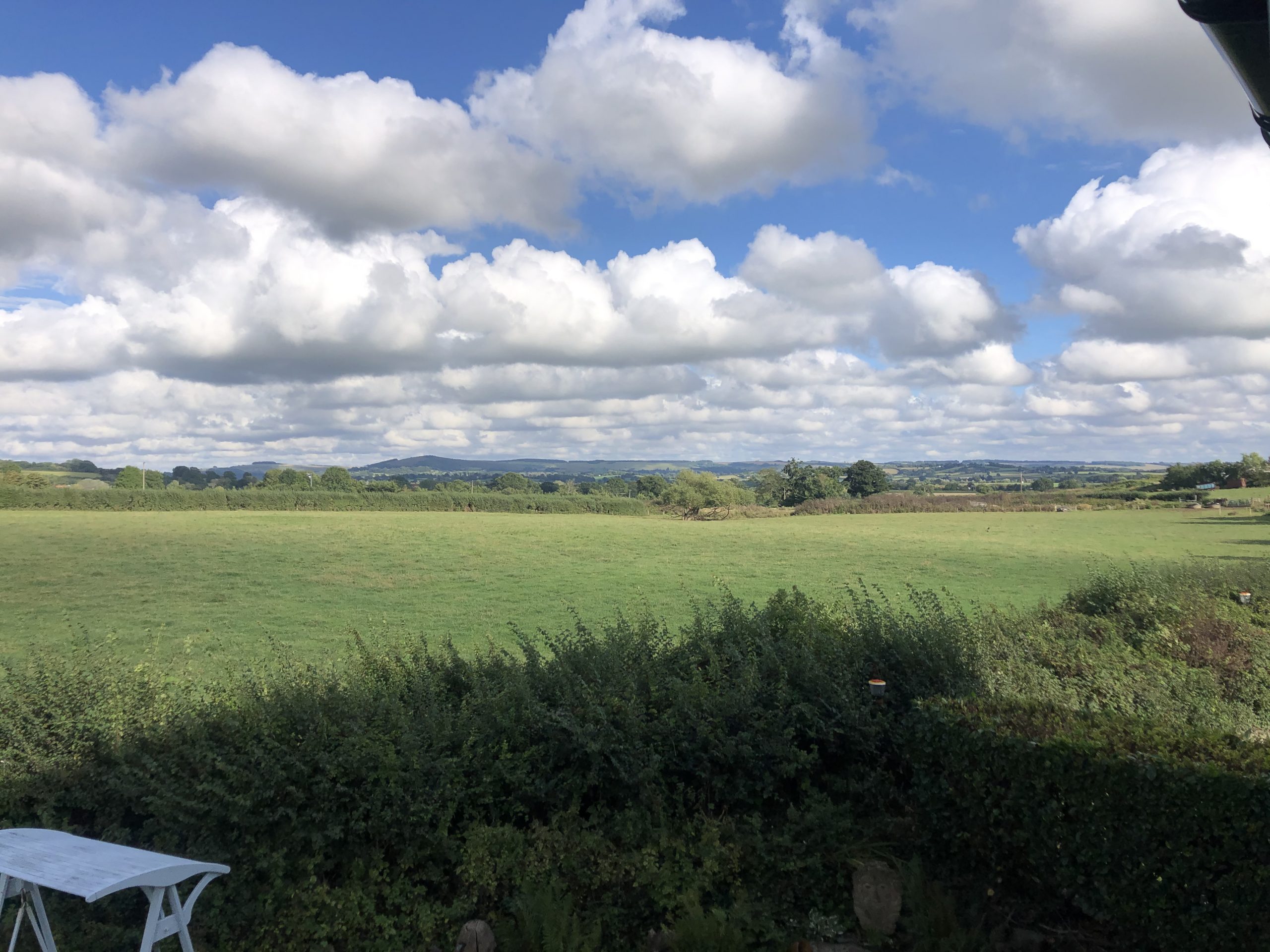 Roz and I had a long walk in the sunshine while the boys played golf and the following day they treated us to a beautiful lunch in a local pub. 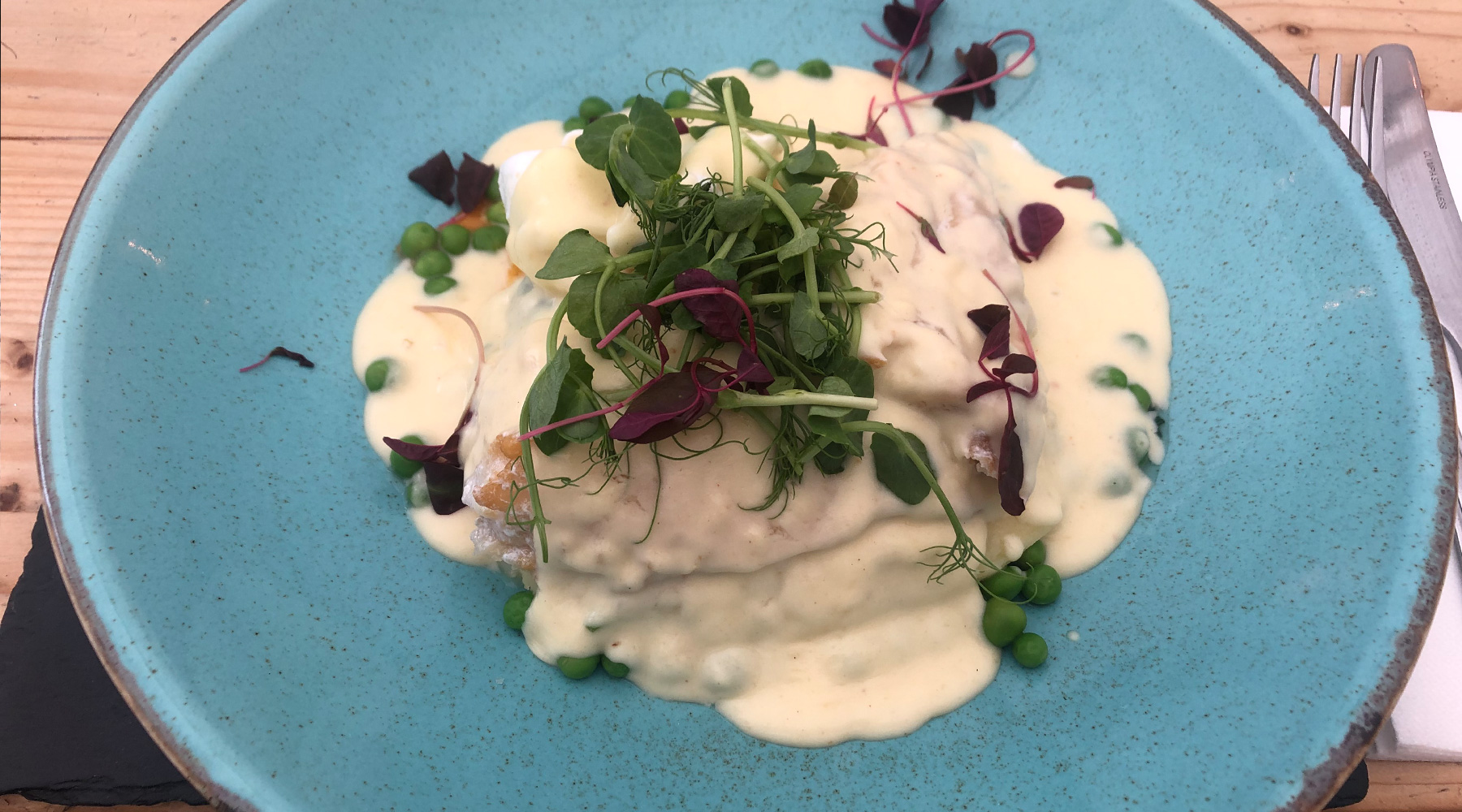 They have the most fabulous country garden, and bought an orchard last year that is attached to their land.   They have apple trees, damsons and a cherry. They also now have an apple pressing shed, and we bought Roz and apple press for her 60th birthday and are looking forward to sharing a few glasses of home-made scrumpy with them in the autumn. In fact in the afternoon we went to a local garden centre and they bought me my 60th birthday present….. an apple tree!  It’s beautiful, and once the leaves have dropped we will have a special planting ceremony.   They also have a massive fig tree that was absolutely laden with ripe fruit and as I was working out a three-course menu for the end of the week and had decided on a Jamie Oliver starter that included figs, I was delighted when Roz gave me a whole box of them!  We were sad to leave, as we always are, but know now that thankfully it won’t be too long before we see them again.

The days seemed to be flying by and the three course meal I’d been planning was for lovely Claire Sutton who was coming to visit along with a few of our old friends. It was so good to see her and we had such a great time catching up and conversing, that the only thing I photographed was the fig starter! It involved mozzarella cheese, basil leaves, parma ham, fresh figs and a fabulous honey and lemon dressing – I’d highly recommend it! 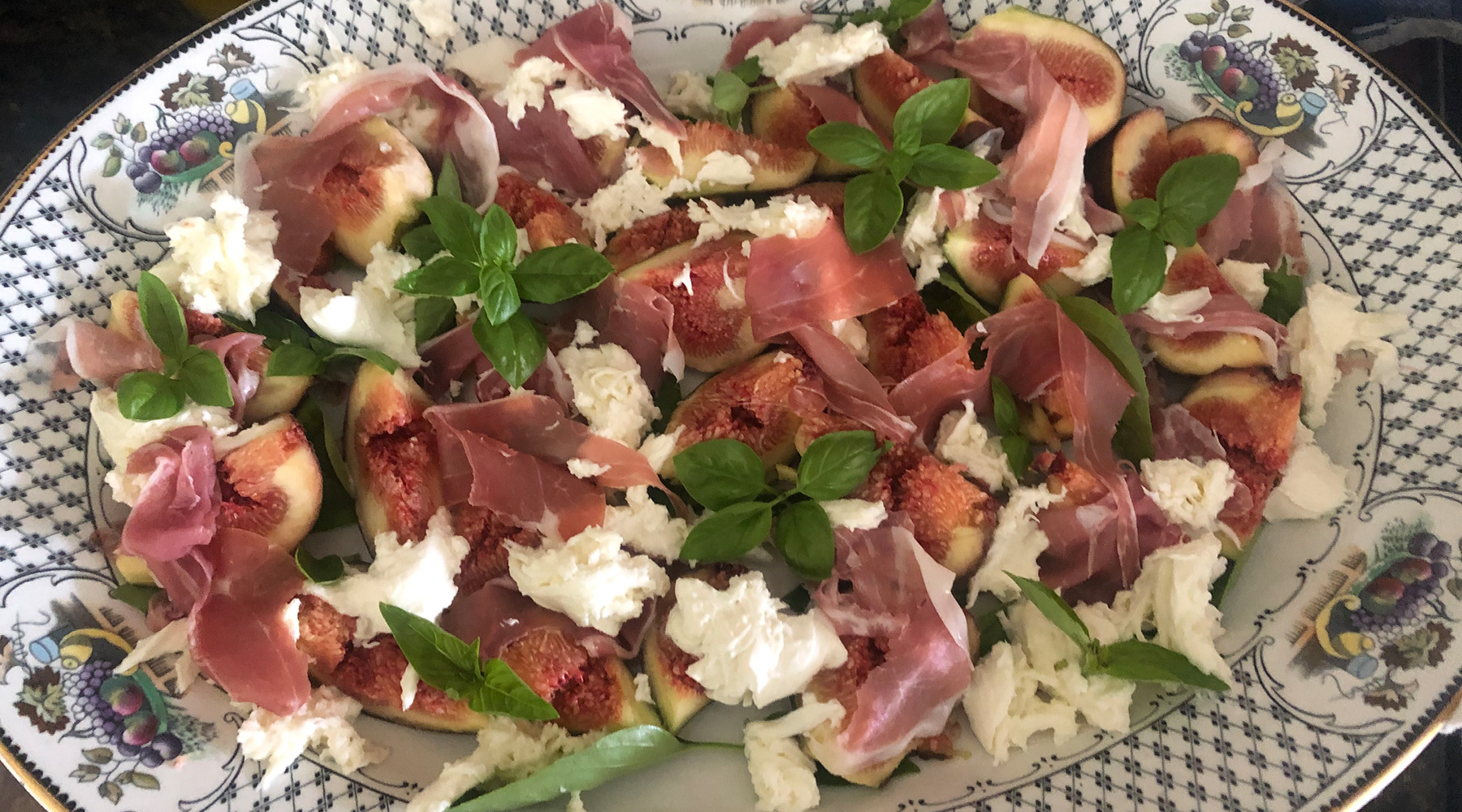 Luckily they enjoyed the main and the pudding equally so there were clean plates at the end of the evening.  Packing up to go to Bournemouth the following morning I made sure I’d watered all the pots in the garden as I don’t know about you, but the current weather forecast seems to be a little dodgy to say the least! That said, the cloud shifted on our drive down and  the wind picked up so we had a very bracing walk along the front with Colette and David our friends who moved there five years ago. She is a great cook and we had a delicious meal, followed by an evening sitting in the hot tub which was a hoot! 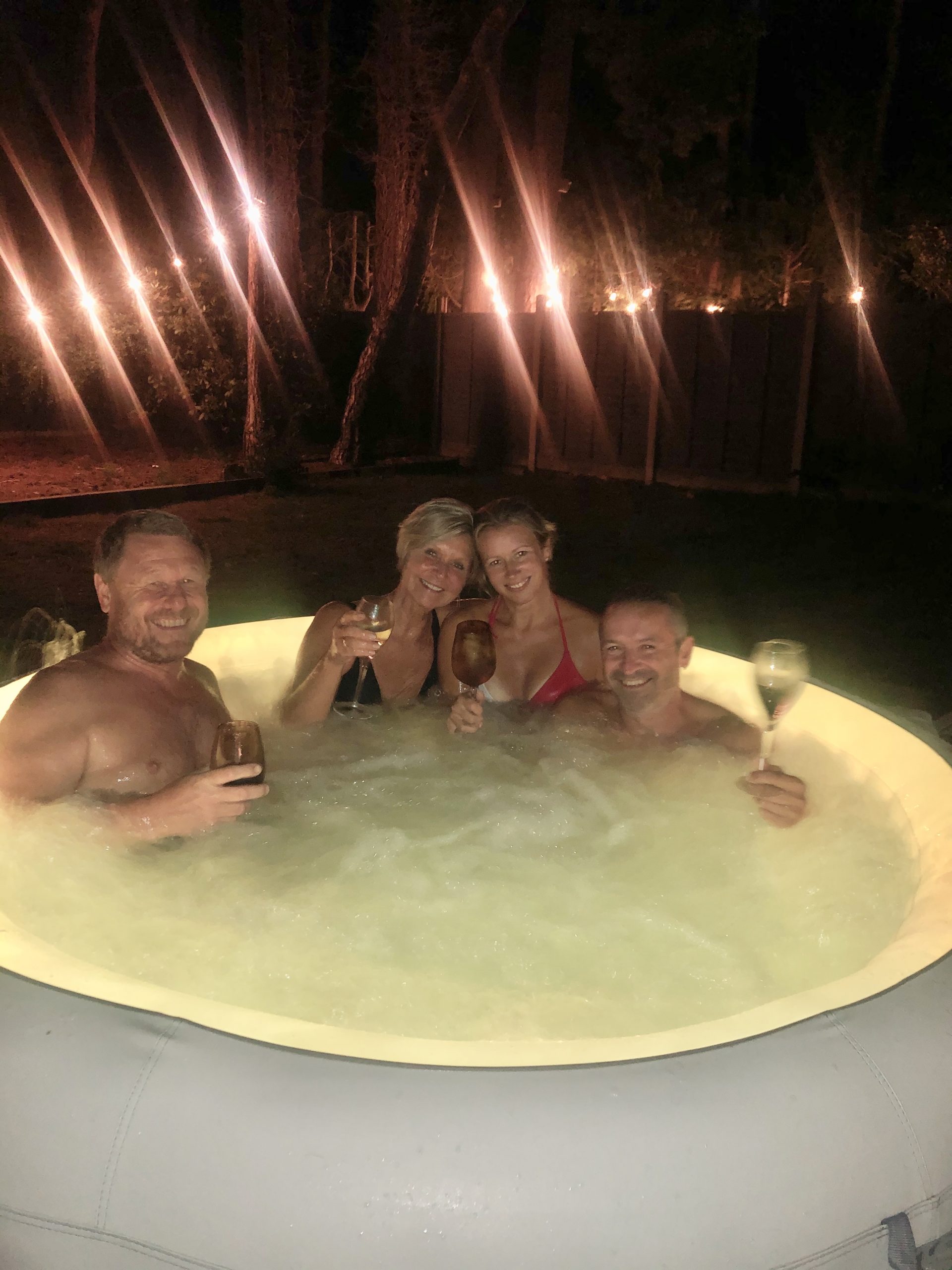 With only two days to go before I was due back at the Q, we’d asked Lucy and Honey to join Colin and I in Weymouth on the Sunday. Colin’s son Danny, Rae and his granddaughter Calla were going to be driving down on Monday for the week, and Colin would be joining them, but we decided to pitch in for the weekend.  The last time Colin and I were in Weymouth was nine years ago.  We’d spent a long weekend in Brighton with my children to celebrate the end of my six months of chemotherapy, and Colin and I then continued round the coast.  I had no hair, and was very tired and swollen with the steroids, but we had such a lovely time.  I felt so blessed to get the chance to visit again all these years later, and even more so to be sharing the time with our families.  Here are a few photos of our memories. 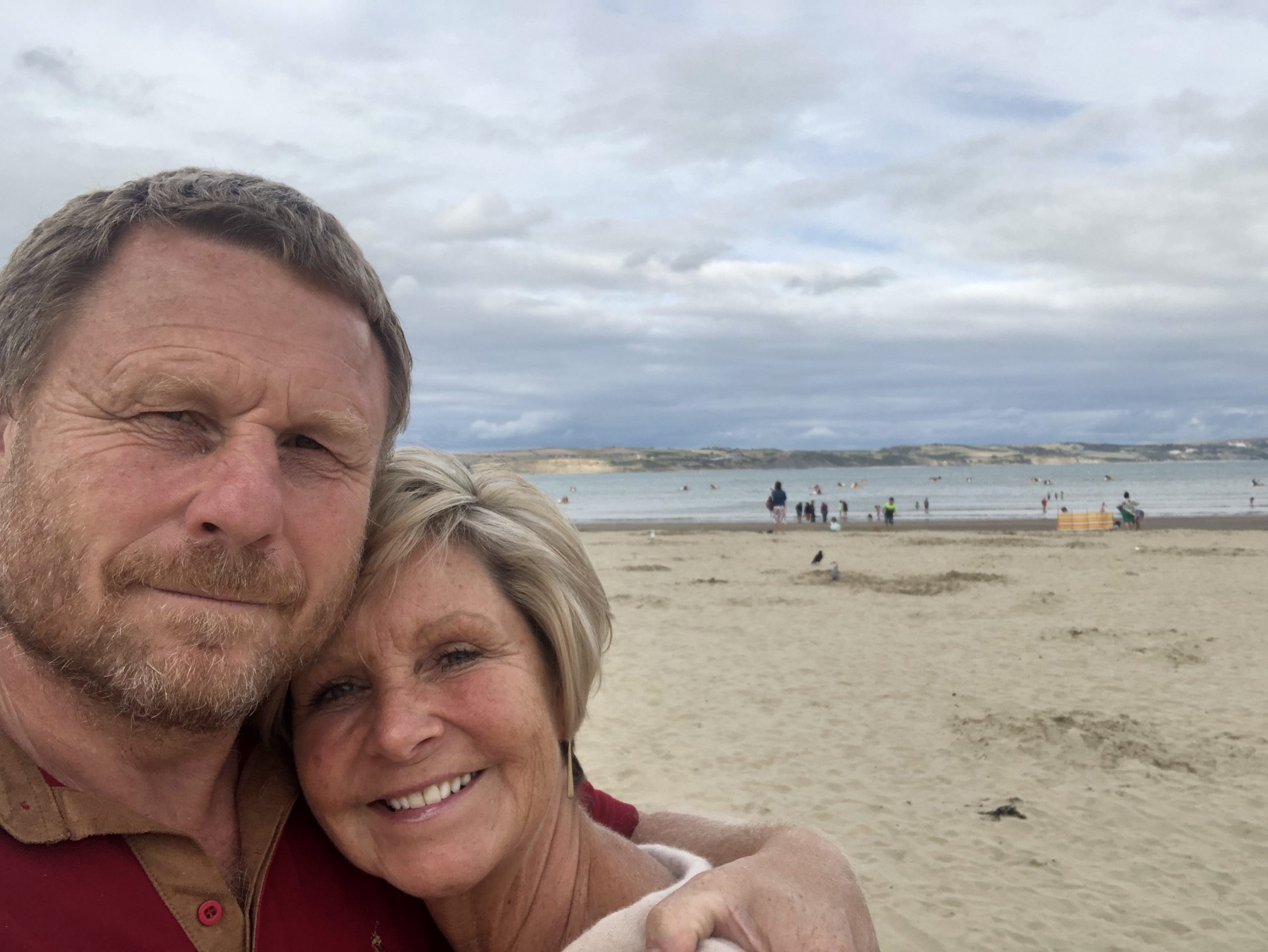 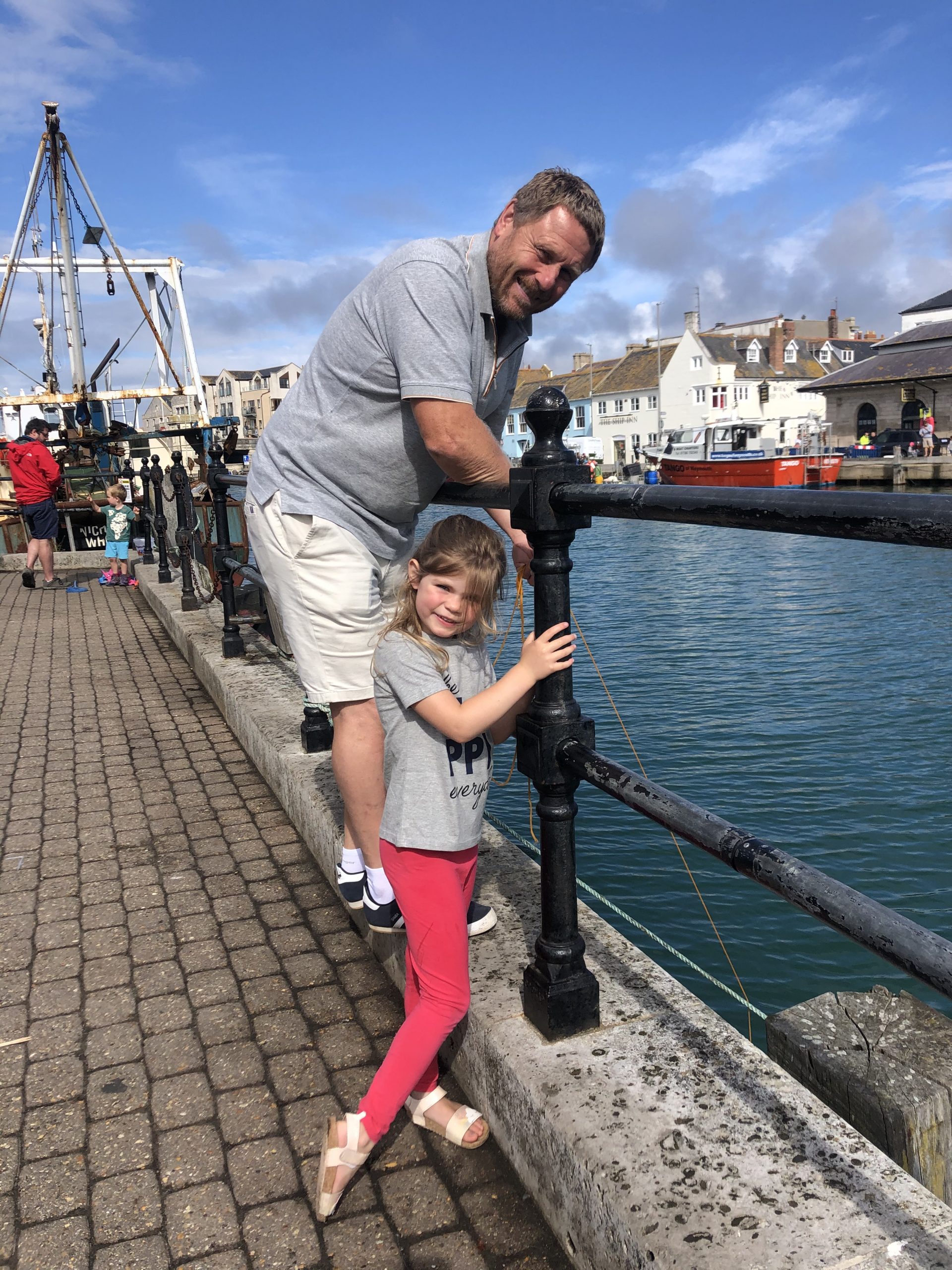 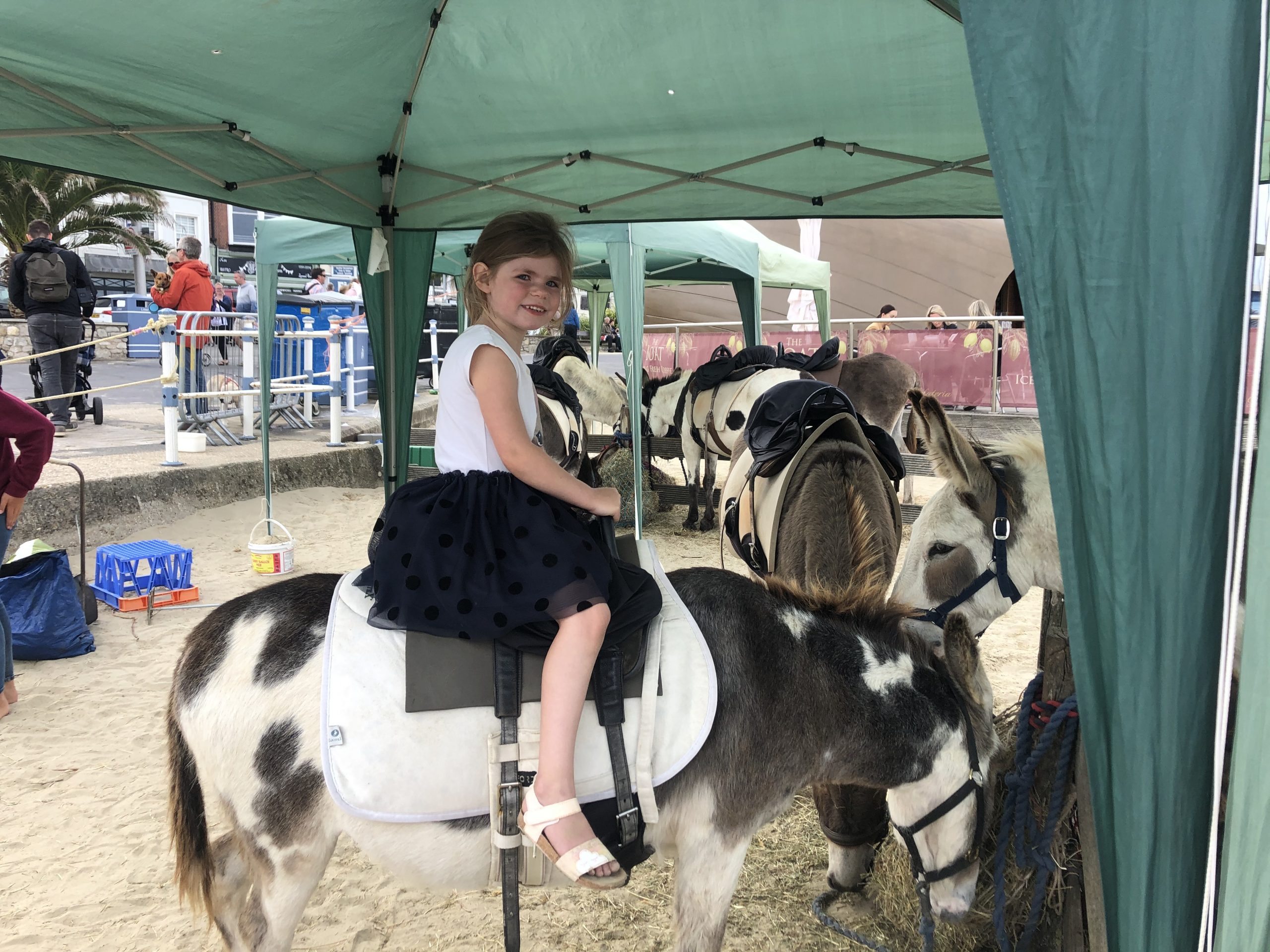 I hope you were able to join me this week when we had fab collection of fashion from Marla Wynne and Attitudes by Renee, and I was also joined in the studio by Amanda Wakeley, who’d pulled together an incredible collection of her bags and wallets.  She is such a charming guest and I am now the very proud owner of two of her bags!

Because of the lockdown I am having to use up a fair chunk of my leave and so I am away again now until the 14th September.  I do hope the Bank Holiday will bring us better weather and that you will have a chance to enjoy some time with those you love.  Please do write to me if you’d like, as although I’m not at work, I will respond.  Same thing for social media – I’ll no doubt be posting a few more photos up over the next couple of weeks.  Take care, stay safe, and I’ll see you soon.