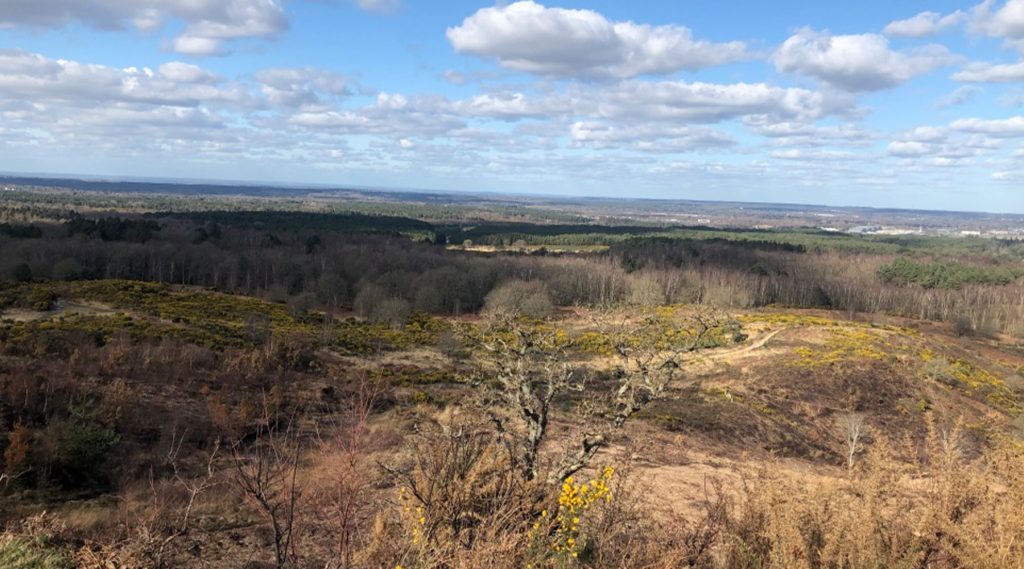 I do hope that the sunshine we’ve been enjoying today reached you and that maybe it’s helped to warm your soul? I realise that the last blog I wrote was in memory of dear Tova Borgnine whose passing was such a shock, and along with the awful situation in Ukraine, I know for many including myself, it’s been difficult to remain positive. I find all the TV news programmes distressing and am limiting myself to one radio news report a day. My mum used to call me an ostrich but I guess we all deal with difficult situations in different ways and I pray that peace will return to those who are suffering. So, I’m hoping that by filling my blog this week with happy times and family photos it may give you a chance to escape the world even if only for a short while… so this is for you. 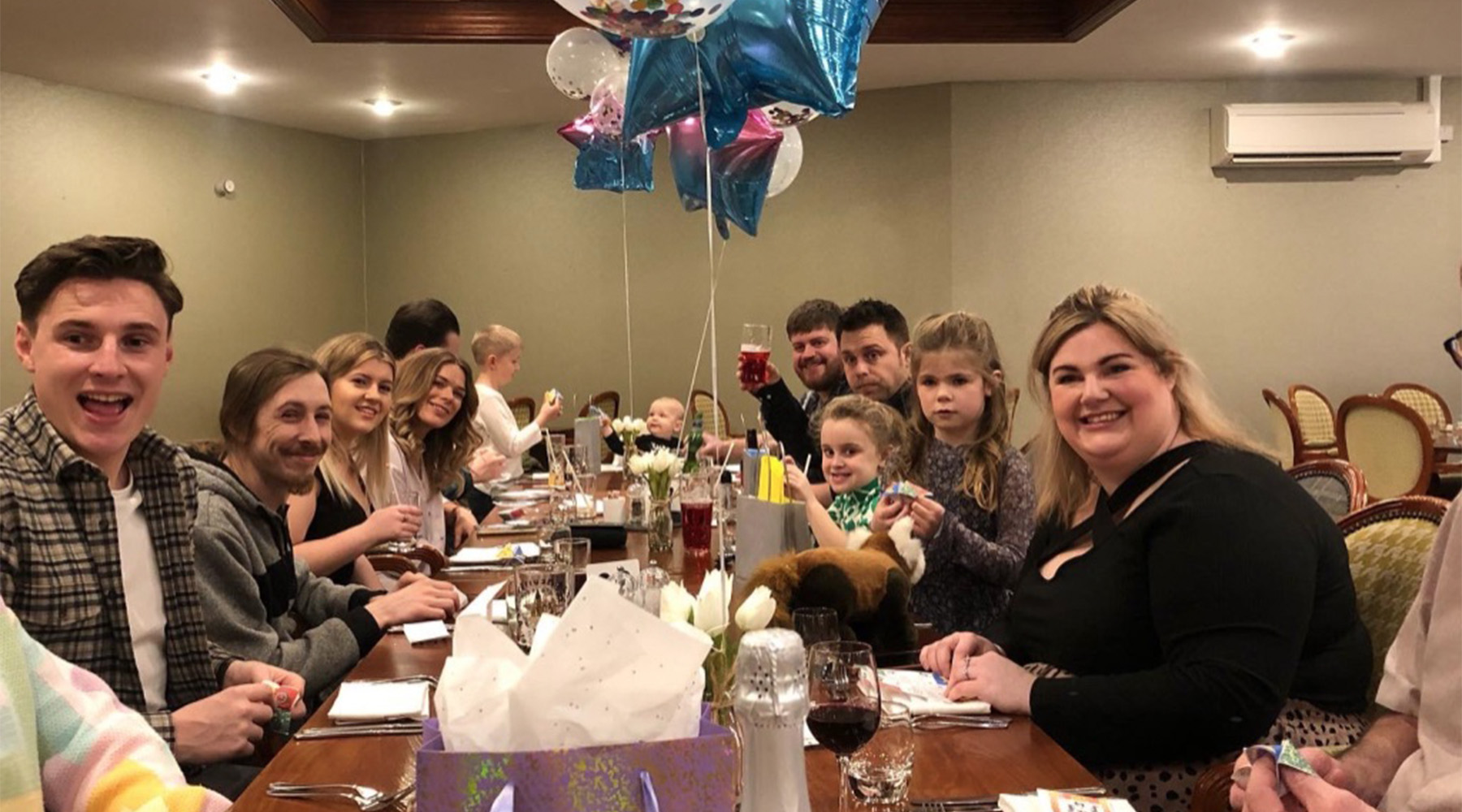 When I was a child I could never keep a secret – and I still find it pretty tough – but my entire family and several friends were part of one of the best-kept secrets ever! A mightily delayed 60th birthday party that happened last weekend and was the brainchild of my eldest, Lucy, came as a total surprise to me and I’ve got loads of photos to share, and will explain all in just a moment.

March is a busy month for birthdays in our family, so it wasn’t the only get together, but it was the most meticulously organised! However, before I tell you, I did want to thank you for your kind birthday wishes and the lovely response to my updated profile photo that I posted on Instagram and Facebook. I hadn’t realised it’s been almost 5 years since the last photo was published and it definitely needed an update.

Rachael Avent, who is one of our exceptionally talented makeup artists from The Makeup Junkies Agency had only recently had a long conversation with me about how our make-up needs change as we age, and so I was thrilled when she swapped out the usual black eyeliner for a metallic brown and softened the lip colour too. I had a few comments from folk suggesting I’d ‘had work done’ but I can assure the only ‘work’ carried out was by Rachael, with her innate understanding of how to create a more youthful complexion. And I for one was very grateful! Maybe I should get her to give us a few tips on another day? “Make-up for the more mature woman?” What do you think? 😊 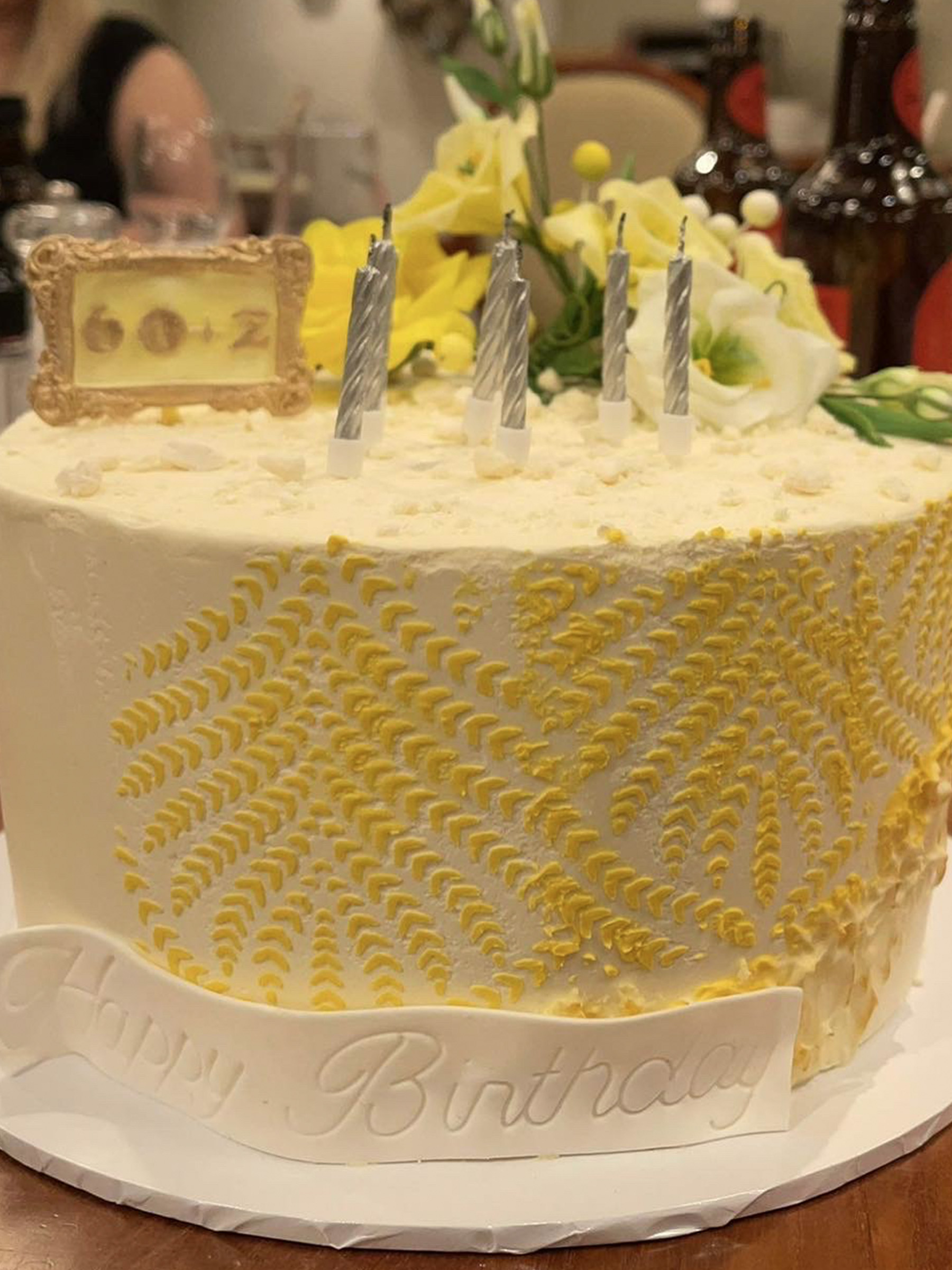 I’m going to stay with reasons to celebrate and my rapidly approaching 62nd birthday is the first I’ve had outside of a lockdown for the last two years and was amazing, thanks to my daughter Lucy. She had actually started organising it in September last year and had booked a huge Airbnb property that would cater for all the guests – pretty much all the family and my closest friends! To make certain I was free she’d asked me to look after Honey that weekend as she said she would be working and so it was carved in stone. Everyone planned to bring food with them and Lucy had organized games and events; there was even a cinema room and all sorts, none of which I had a clue about. And then, just three weeks before it was all going to happen, the people who owned the Airbnb decided they didn’t want to rent it out anymore and left poor Lucy with a major problem!

Ever resourceful, in spite of the fact she works from home five days a week in an incredibly stressful job and is a single mum to Honey, she managed to find an alternative venue and on Saturday afternoon when my son Sam picked Colin and I up in his car, I thought we were getting together with Lucy and Jack for a celebratory meal. However, Sam drove us to the Coppid Beech Hotel in Berkshire, where unbeknown to me ALL the children and grandchildren (with the exception of Lily who is still in Sydney) were waiting for me! Our lovely friends Roz and Chris had come all the way from Dorset too and my sister Jenny, with Linda and my niece Emily arrived a little later. 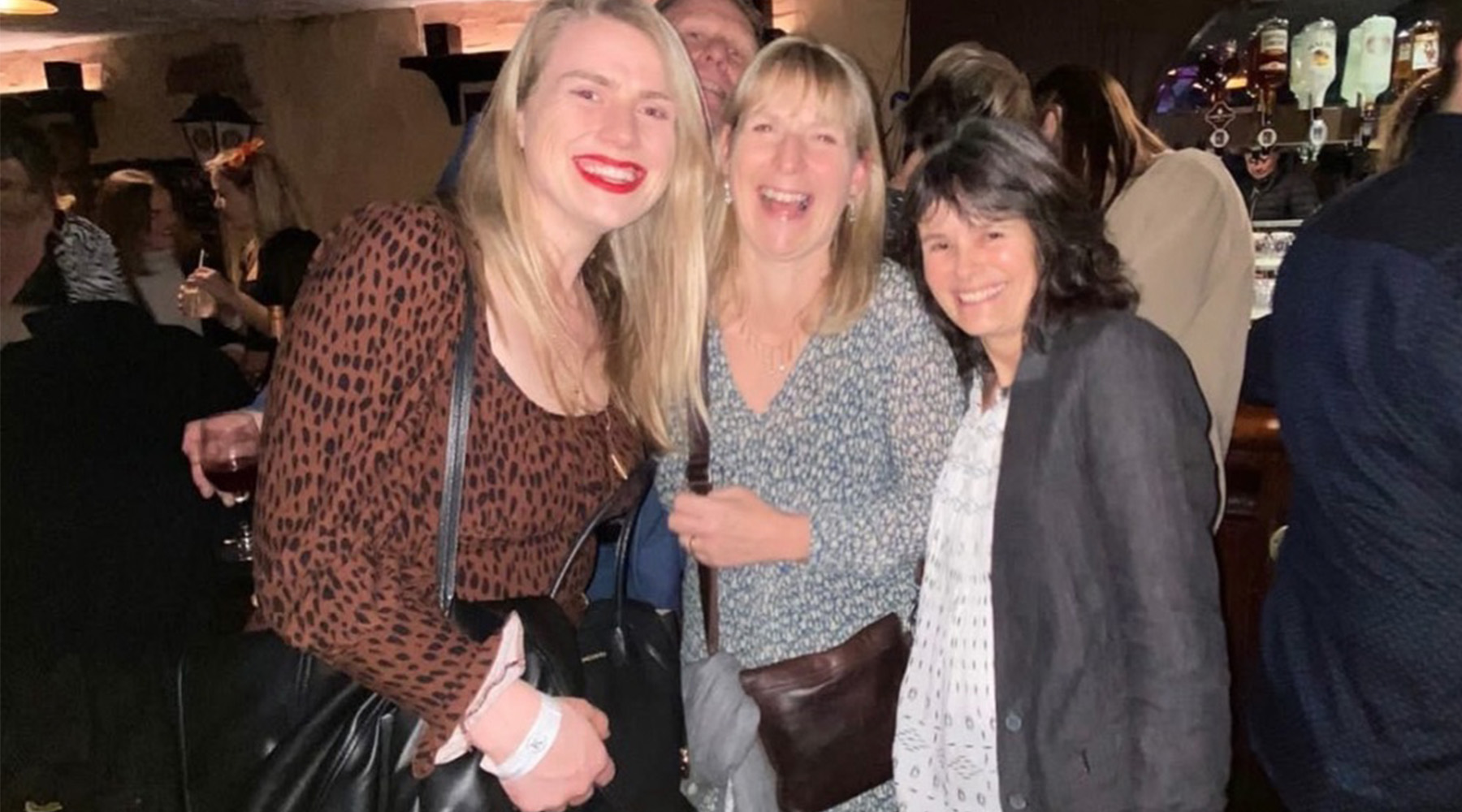 The children had booked us all into the hotel for the night, so I was wined and dined, presented with gifts, balloons and the most beautiful cake, and after eating a fab meal and getting the grandchildren into bed, we all spent the night dancing to a terrific 70s band! We had a ball, as you can see from the photos, and it was so good to be with everyone, to laugh together, dance, chat and catch up. It re-affirmed to me just how fortunate I am to have such a caring bunch of people in my life, and it’s a birthday I will never forget. 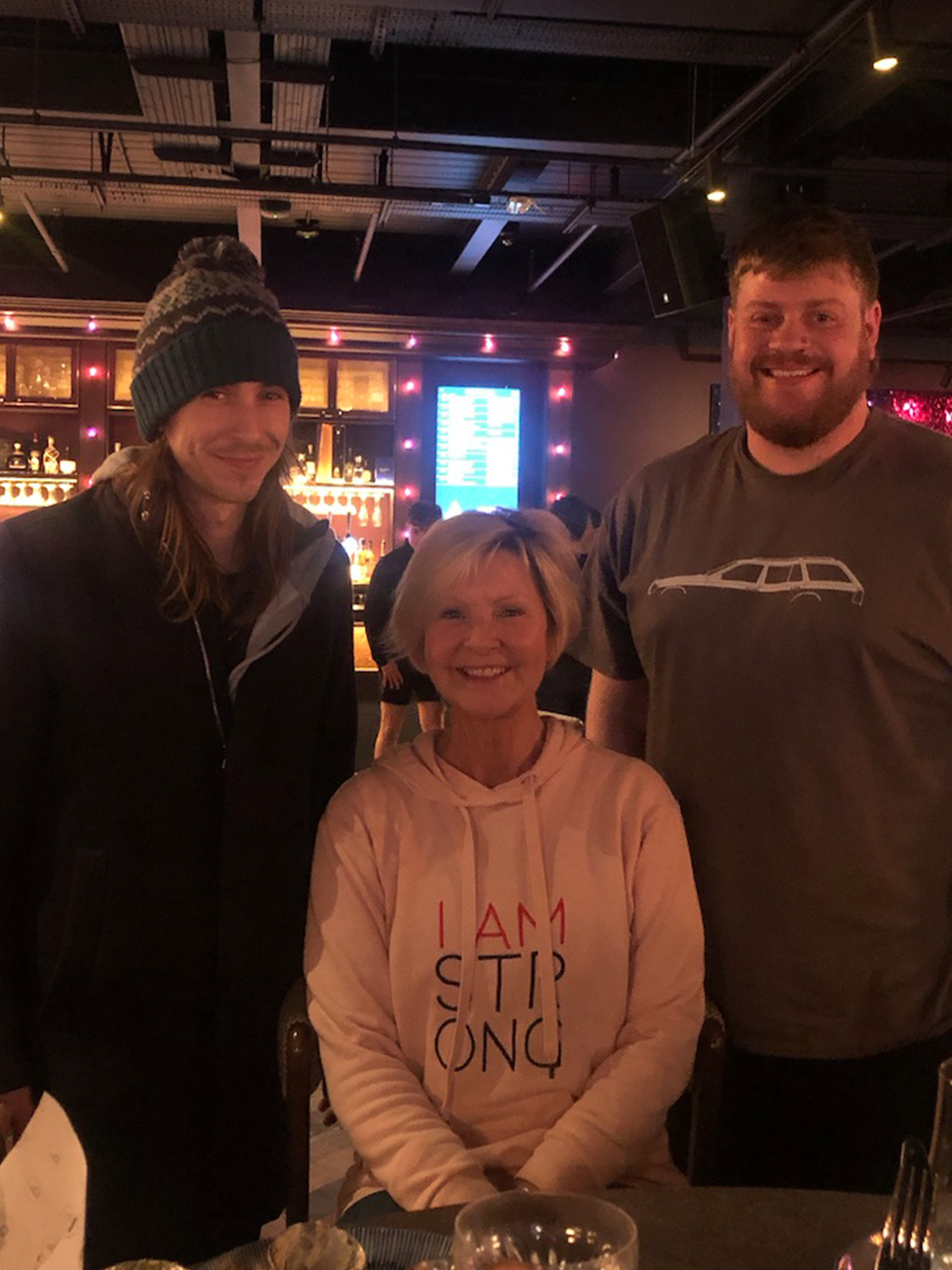 As I mentioned, March is a busy month for birthdays. Not just mine, but also my godmother Edna – who was 84 on the 7th – and my son Sam, who turned 33 on the 10th March. I visited Edna at the beautiful retirement village where she lives, made her a tiny wee cake and took her out to lunch to celebrate. She and her late husband Ian were great friends of my mum and dad and I truly value our relationship. Lockdown was really tough when we couldn’t see each other, so I’m trying to make up for lost time now. 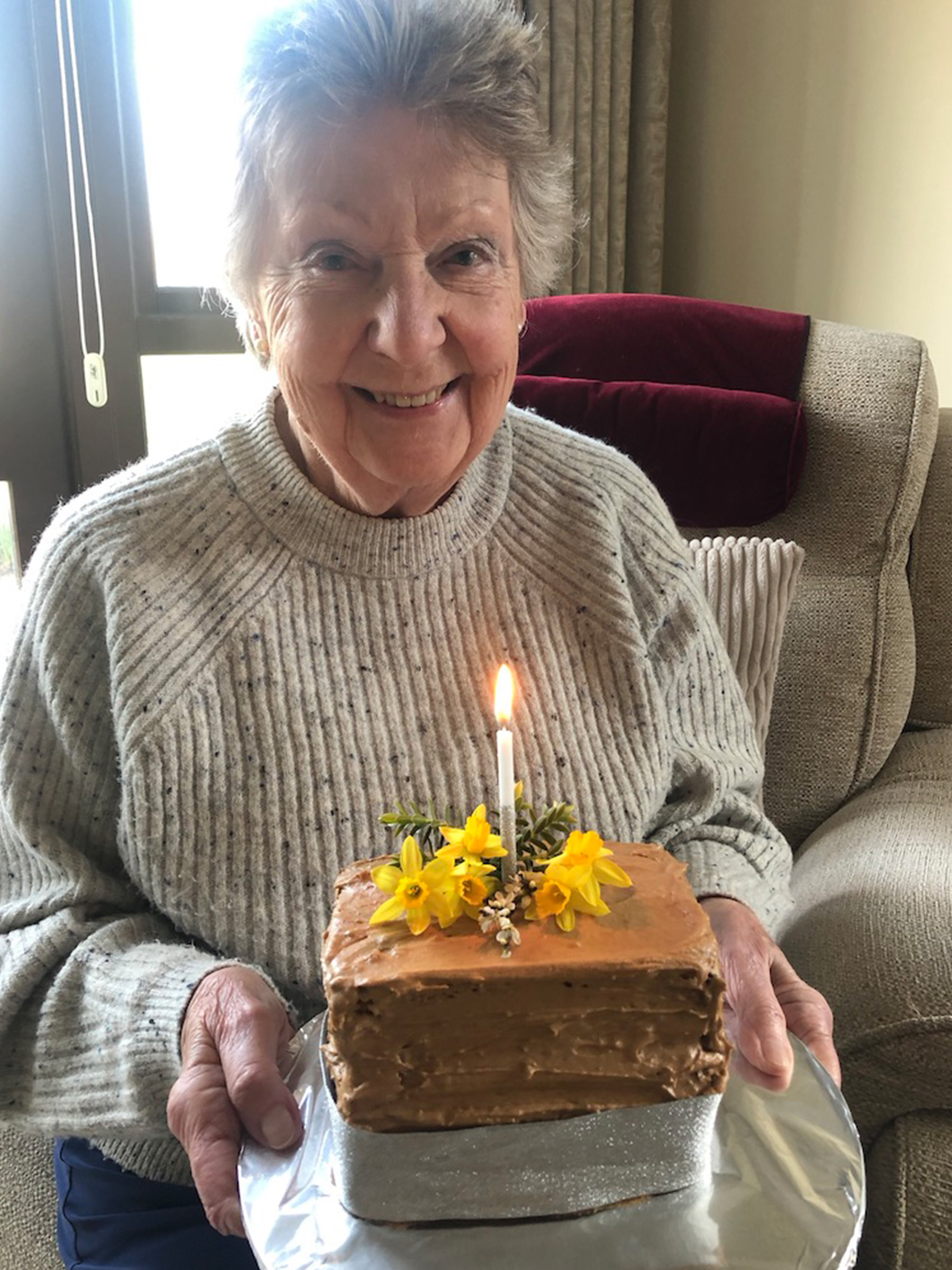 Then it was Sam’s special day, and he had a get-together with his mates on the Thursday but we all met up for a game of indoor crazy golf on Sunday when I was able to give him the chocolate cake I’d been promising to make for the previous two years! He’s an avid Land Rover off-roader and really appreciated my creation. 🙂 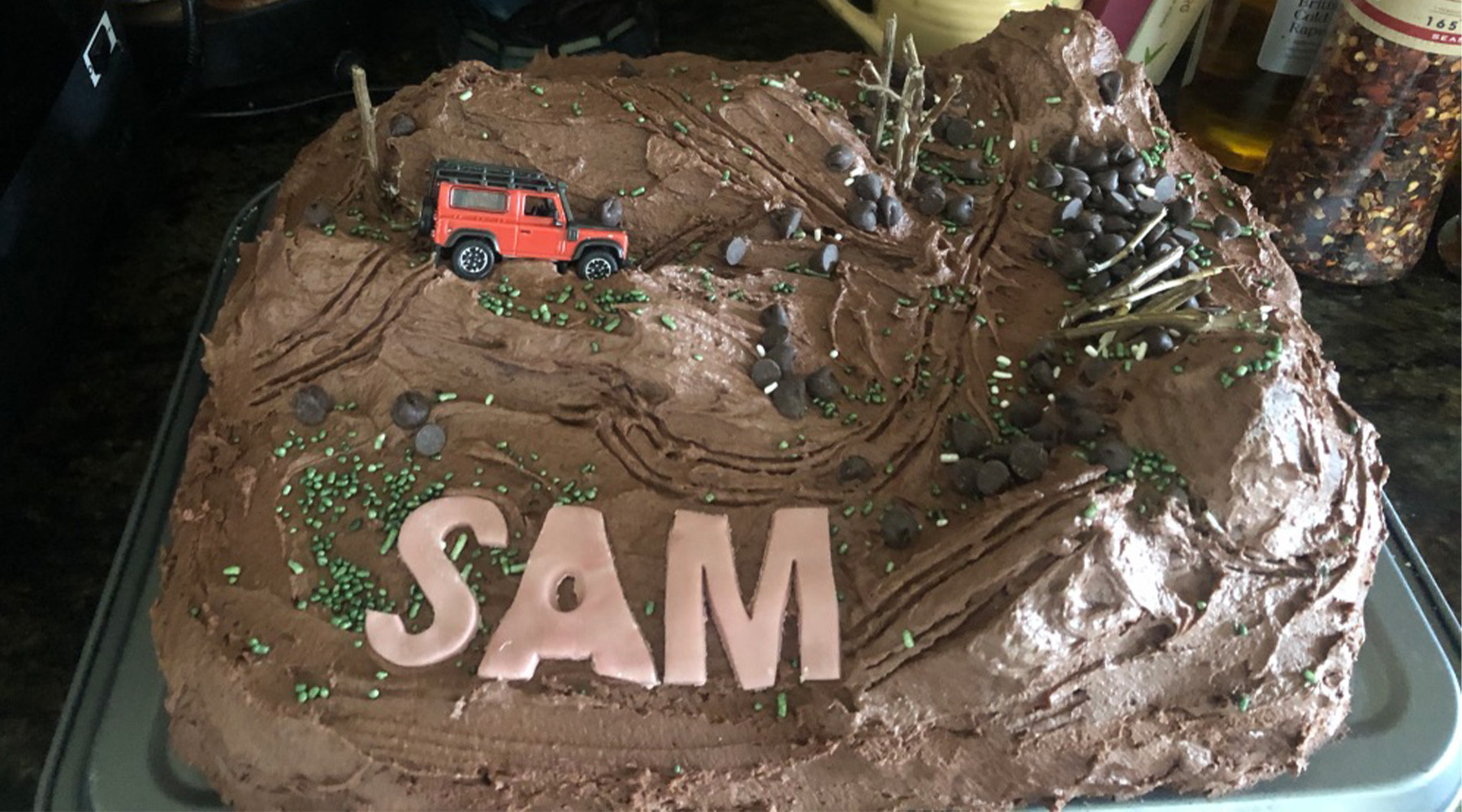 Of course, it was mid-February when I last posted a general blog and I’m so glad to tell you that Colin and I finally managed to visit my mum’s partner Joe, who moved to Norfolk after mum died. Having settled him into his new home we hit another lockdown, and what with that and ill health we’ve not seen him for ages. It was a relief to find him happy and content in his bungalow and we had a great time going over old memories with him. 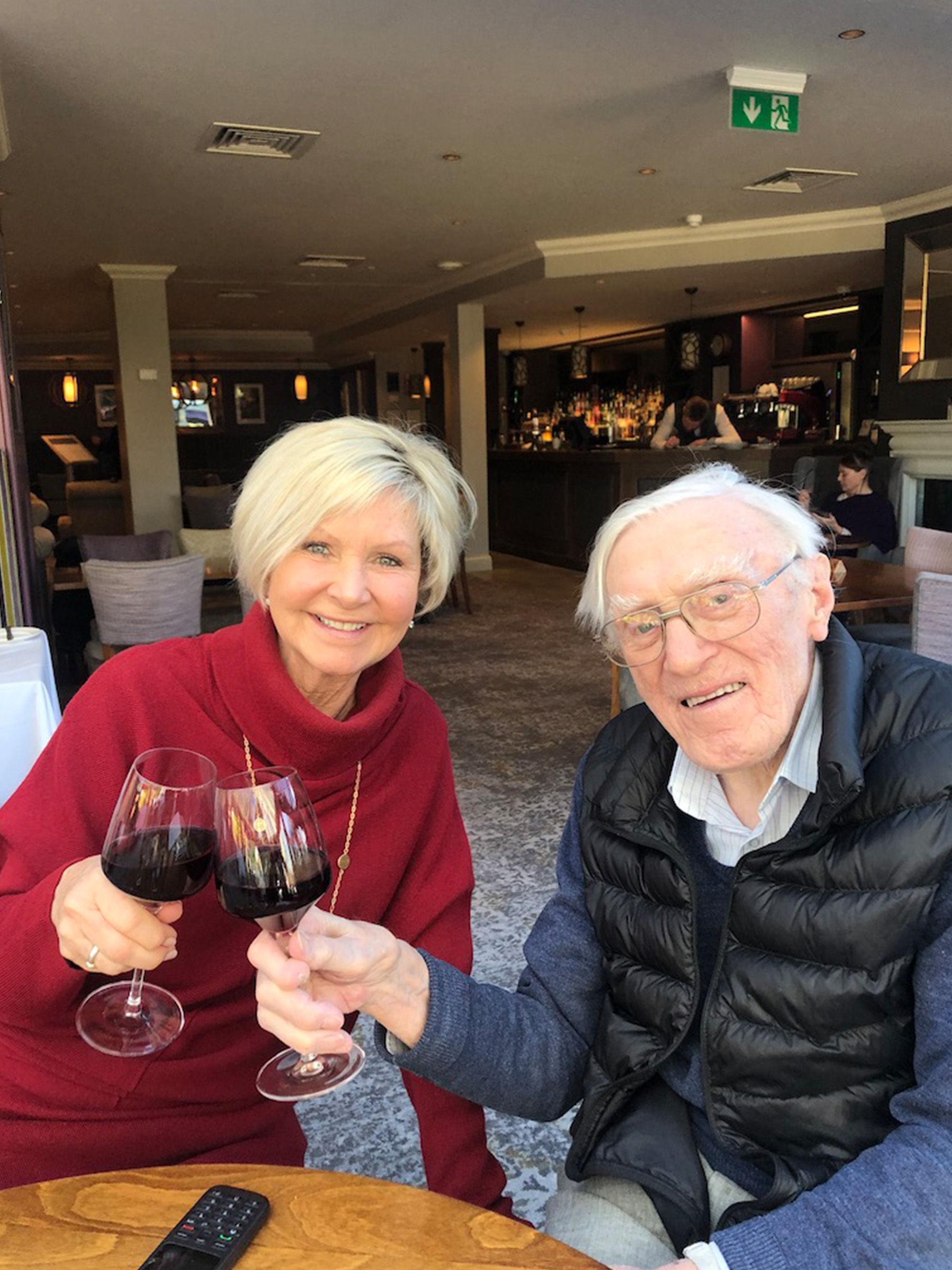 He keeps all his photo albums out and also a little slide projector so he doesn’t forget who we all are as his memory is far less accurate than it used to be. We were able to sort his garden out, mend a few bits in the kitchen, and take him out for Sunday lunch too. We’ve promised to get back there in May, house renovations allowing! Colin is doing a great job but we have a long way to go yet and so it was good for him to have a break for a couple of days.

Of course in between all this socialising I’ve been at QVC Towers and thoroughly enjoyed some really busy shows! Dannii Minogue’s TSV was a great success, as was the Elemis four piece pro-collagen collection. Incredible value for money and fabulous improvement in our skin’s appearance and health according to the many five star reviews! Another product that is a personal favourite of mine is Gatineau’s Golden Glow – a terrific tanning lotion that is a hydrating gel-cream formula and looks 100% realistic! I use it twice a week once I get a tan to maintain the colour, but as I’ve not had any winter sun this year I’ve started using it every other day to give my skin that same sun-kissed look! Imagine my delight when I heard through the grapevine that we’re going to have a full litre megasize coming in May – I won’t know myself! 🙂

Staying with beauty, and something else to watch out for towards the end of this month is a TSV from the bestselling hair care brand, Tweak’d by Nature. Denis Simioni has put together another cracking collection of his innovative cleansing and hydrating haircare products that are suitable for ALL hair types and I will be with him on the 28th March at 9pm to let you know what it is!

In between now and then we have a 24 hour home event, some thing special from bed brand Sealy, a whole hour dedicated to platinum-plated Diamonique on my Tuesday show, and a new season fashion event too. There’s always something to look out for and if you follow me, I promise I’ll keep you in touch with it all on Instagram, Facebook and Twitter.

Stay safe and well and thank you for staying with me.