Home, away and Diamonique Day! 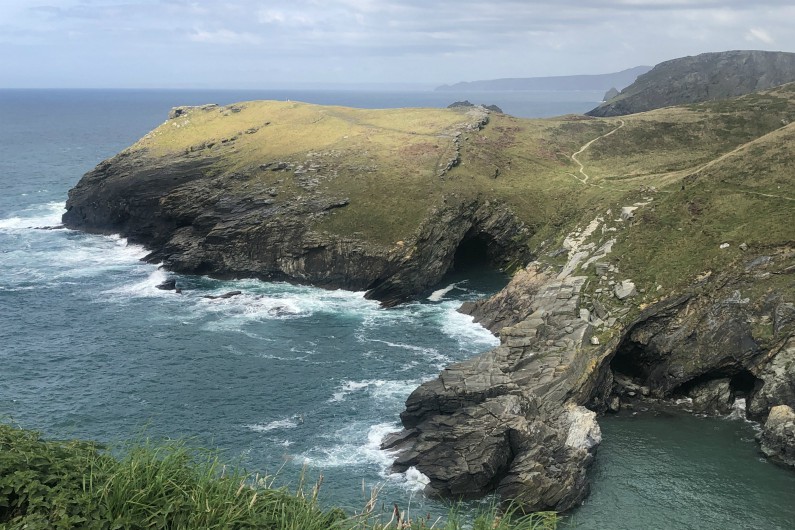 Hard to believe it’s been over a month since I was last with you at the Q, but I’m happy to say that I’m feeling far better and much less sore, as well as looking forward very much to seeing you on Thursday night at 9pm. That’s the great thing about this kind of surgery, there’s no visible evidence and as long as I don’t have to lift anything heavy, I’ll be fine! Mind you, I won’t be alone as Charlie Brook will be with me for the three-hour finale of Diamonique Day! It’s funny, as Charlie was with me when I came back to work after my initial diagnosis when I had my first show. I know I’ll be in safe hands as he’s always so supportive, and I may have a few surprises for him too – of a nutritional nature! 🙂

You’ve been really supportive too with your lovely messages and comments here on the blog and social media, and I’ve had plenty of spare time to appreciate them and respond, which is nice. It feels as though I’ve been off for ages, but when I look back and think of the number of people who’ve popped in, or who’ve stayed for a few days to help out, that time shortens. Roz – my lovely friend who lives in Dorset – drove all the way over to pick me up and take me back to her home just outside of Shaftesbury. We enjoyed two days together, just pottering about in her garden or sitting nattering! This was the only traffic jam we experienced, and the peace and quiet that is indicative of her part of the world was very therapeutic, as was her company.

If you could bottle it, I’m sure it would be a cure-all! Her husband Chris works close by and creates the majority of the London stage show curtains, backdrops, and other fabric scenery. He’s worked on Les Miserable, Miss Saigon, Chitty Chitty Bang Bang, Mary Poppins and of course Phantom, to name but a few! He also made curtains for their local village hall, and we got to see them when we were all invited to see the cinematic version of the London Theatre Production of Matthew Bourne’s Swan Lake. Roz and Chris had seen the London show, and I remember Roz telling me about it. Hard to believe it was over a decade ago that Matthew Bourne set the dance world alight when he replaced all the female swans with male dancers. He certainly shook a few feathers in the little village hall that night, and with Chris’s curtains as a backdrop, we all agreed that it was absolutely brilliant.

Being at home has meant more time for me in the garden, and I have to admit to being rather chuffed with my hanging baskets this year.

I had a wonderful show of Cala lilies, some beautiful roses too, and mum gave me a packet of seeds earlier in the year that she’d found in a drawer.

They grew into these stunning Love in the Mist.

My hydrangeas this year have been marvelous too, but not quite as impressive as the ones I saw last week in Cornwall where they grow along the hedgerows.

You may remember that my friend Jo and I went to Cornwall two years ago, and stayed in Polruan, where she used to visit as a child. We’d planned our return trip for this August way before I knew I was going to have to go back into hospital, and so it was good to know that it was all booked in for my final week before coming back to work. It’s a fair distance by car, but we had so much to catch up on that it passed really quickly, and it still makes us both laugh to hear my voice on her sat nav system 🙂

We really made the most of our time there this visit, and in addition to Polruan and Fowey, we visited St. Austell to see my cousin Marianne and her husband Len, and then headed to Charlestown where they filmed some of the Poldark series. Sadly no sign of Ross, but these mighty tallships were pretty impressive!

We also made the relatively short journey to Tintagel Castle, where the views were outstanding, although poor Jo struggled a little with vertigo. It’s strange how things affect us differently when we’re older isn’t it? She’d been there as a child, and run up and down the ruins, and over the little bridge. This time we were clinging to each other like limpets as we gingerly crossed the suspended walkway, and didn’t venture further than the first set of ramparts. Still, I managed to get these rather dramatic photos.

We drove to Polzeath beach and paddled in the surprisingly warm water, crossed the estuary many times on the Bodinnick ferry and had a cracking last day at Polkerris beach. I can quite honestly say that our picnic of a hot pasty and a pint of cider was one of the best I’ve ever had. In addition to all her wonderful family memories, we’ve now made more memories of our own and I have a feeling we’ll be back there again one day.

I had hoped to have happier family news for you this time, but things haven’t gone too well for Mum. I know the last time I wrote to you she was still at the nursing home and we were awaiting her scan results. Initially, they didn’t appear to have anything significant to report, and so, working alongside social services, we managed to have everything set up for care at home. Sadly, she was only there for two days before becoming massively disorientated and delirious and was taken back in hospital. We’ve since been told that she has atrophy in the frontal lobes of her brain, and as she struggled with the cognitive tests, we realise that this probably means dementia, and makes sense of her inability to walk, talk, and also her lack of appetite. The hospital staff are all incredibly kind and as always, I feel hugely indebted to those who work so hard to care for people with similar needs to Mum. Everything is very much up in the air, but we are now searching for care homes and trying to keep tabs on Joe, who is finding it harder to be on his own. We spent yesterday at the hospital and I was able to wash Mum’s hair for her and feed her some egg custard I’d made. Years ago she taught me how to cook it, and I still have the piece of paper with the recipe on it… it was good to see her manage a few spoonfuls. I’ll keep you updated, but thanks again for your kind words and supportive advice.

I’ve got a long day ahead of me catching up with all my emails, and getting back into the swing of our Today’s Special Values and Big Deals, but I’m glad to be returning on Diamonique Day when the TSV is a radiant and round cut bracelet that comes with a travel box and is at an incredible price. Do have a look at our website as every single piece of jewellery that will be featured on the day is detailed there. Our Diamonique Design of the Month is bound to make an appearance too – this stunning 1ct Baguette Heart Pendant and chain is under £40 and comes in two options – mixed plate or rhodium plated. It’s such a simple yet significantly sparkly design and would make the perfect gift.

And talking of gifts, please don’t miss the Philosophy four-piece Layering collection that comes with this fabulous felt bag that I’ll be launching at 9pm on Saturday. It features two new fragrances – the long awaited Amazing Grace Ballet Rose that is delicate yet memorable, and a travelsize of the Fresh Cream Soft Suede – a sweet and sensuous scent. Corinne Koolman will be joining me so you can get it early and hide them away for Christmas!

I think that’s pretty much all my news for now, but I’ll be back on Instagram and Twitter now to give you a heads up on any special deals, and am starting a new Facebook page so keep your eyes peeled for that. Again, I really appreciate your support and all the messages I’ve had over the last month or so, and please do keep in touch.