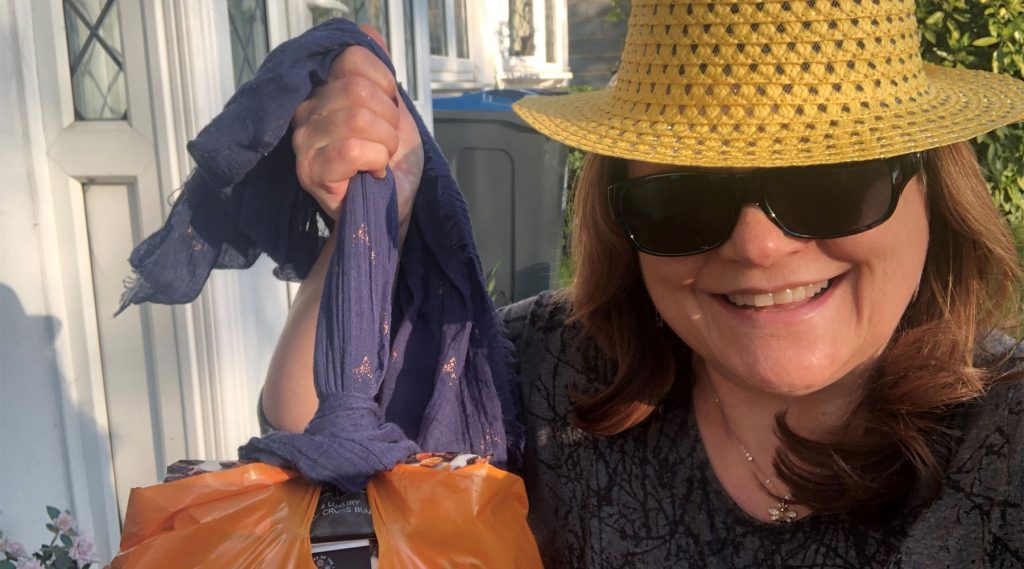 Everyone is getting much more resourceful in these weird times, aren’t they? Like me last week, when I used my scarf as a make-shift handle on the way out of the supermarket, I was given some freebies by the store guy as I was leaving! Well, how could I resist? But with a long walk ahead of me, the handles were digging in. Thank goodness for my trusty scarf! My motto of always being prepared, or rather to ‘have a back-up’ comes in handy at a time like this ha ha. ‘Dib Dib Deb!’
What top tips can you recommend? They call handy shortcuts hacks, don’t they?  I note that Michael Perry has been posting some on Instagram, little clips of neat garden hacks from experts around the world. We’ve been asked for ours too – any recommendations? Do go and have a look at his page!

Also interested to see the ‘British Summer Fruits’ website advertising for picking jobs, from May onwards for people around the UK, even if they have been furloughed. Great chance to help our farmers in their time of need. Do pass on the news.

I’m so glad that QVC have ended up taking on a lot of the plants needing a home from UK nurseries who have had cancelled their orders from the closed garden centres. (If I could have one little wish about when things start getting back to normal, it would be that one of the first industries to reopen is the garden centres.) Meanwhile, we have 195 results if you look on our website and search for plants! Some are even available now, too!

Plus, how delighted was I that I asked to blog about Richard Jackson’s compost, which was back in stock on advanced order for the 20th April at time of writing. You can see the range of compost we offer here. Richard’s contains not only his famous high quality compost but Flower Power as well as a wetting agent. It is definitely one of the best ways to get your plants cracking. I’ve planted quite a lot of pots in it in years gone by, so this week I was very glad of it, and I have some of Richard’s Flower Power plant food waiting to feed the flowers in the next few weeks as well. 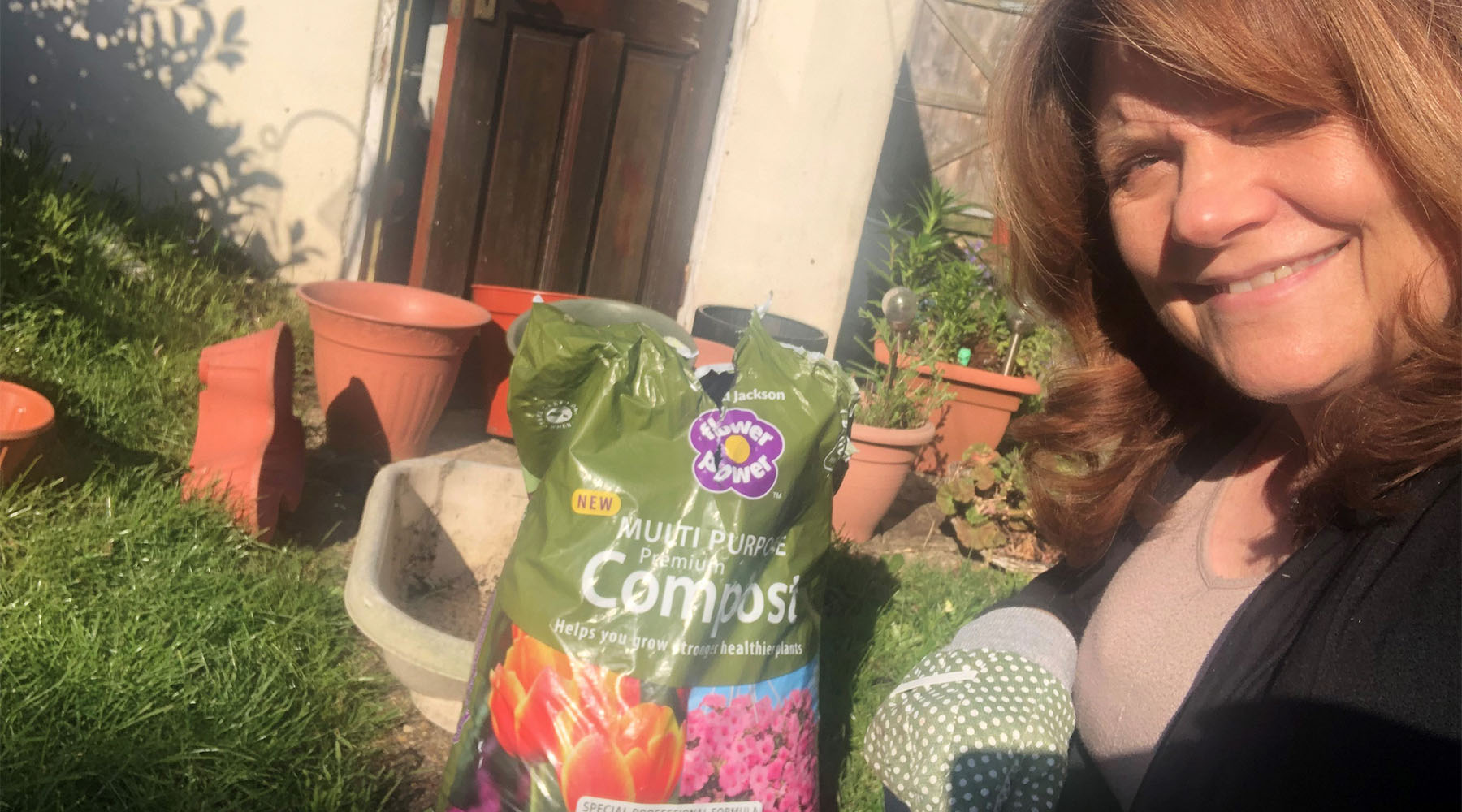 Plus, sneaky peeks below – look out for my favourite deluxe denim jeggings in a new Kim & Co Today’s Special Value on Thursday!

“I have six eggs, I broke two, fried two and ate two. How many eggs do I have left?”

Here is one example of a funny doing the rounds this week. I will put what I think the answer is and why,at the bottom. See if you agree!

Blooper
And here’s another funny from this week on QVC live, poor Catherine! She posted afterwards ‘clumsy since 1972!’ 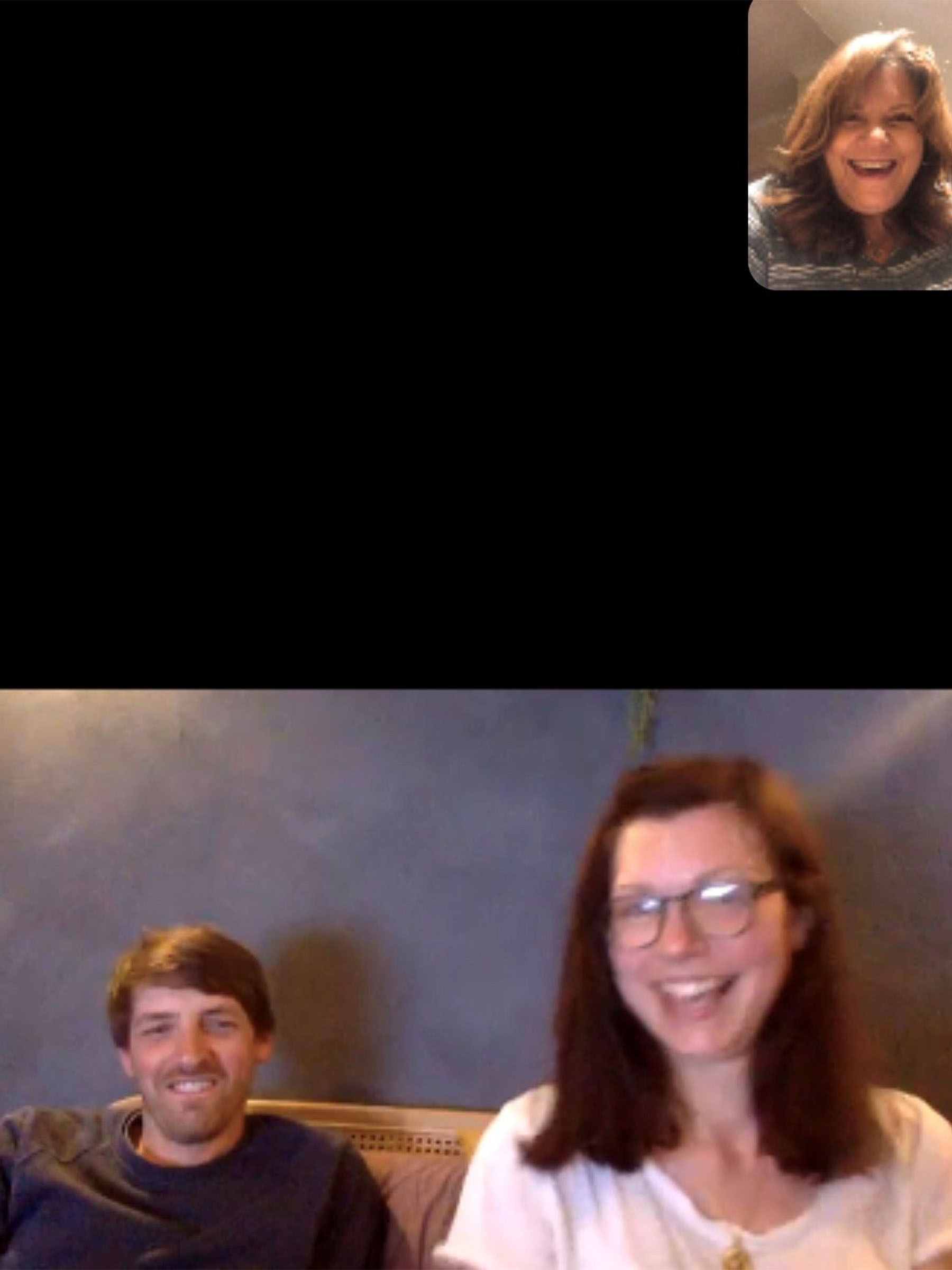 So, the weirdness continues… and a family Zoom conference call allowed us to have a nice family quiz! It was lovely to see everybody and Zoom is really clever, because when someone speaks, their picture comes up on one of the settings. So you don’t just have to have a screen full of tiny little pictures.
Sing-a-long Debbie week three 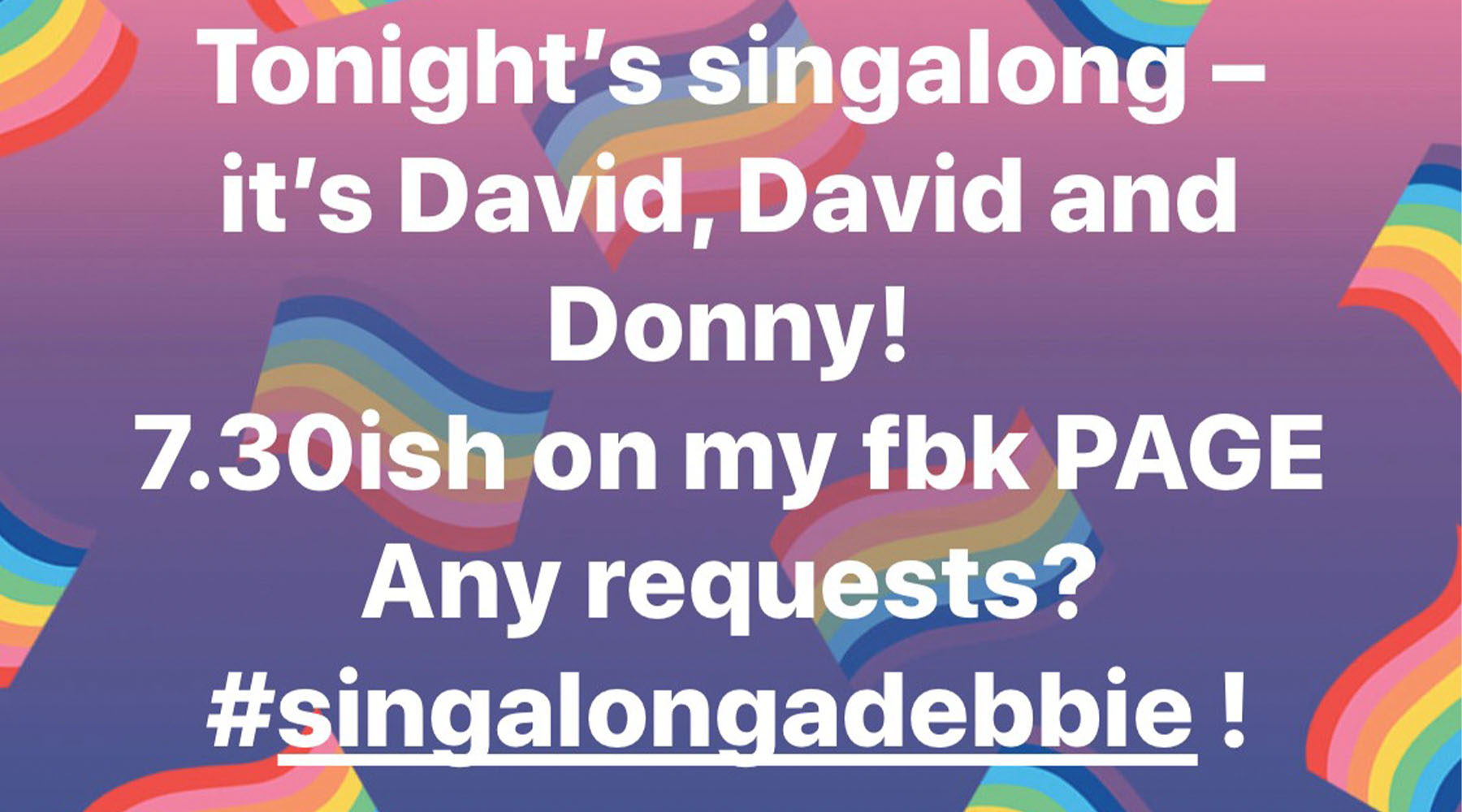 Mind you, that’s what I might do if I decide to have a Zoom quiz for the regulars on my Facebook page. Every night as you may know, we have been doing a half-hour singalong, where I sing my heart out and people suggest their favourite tunes for a kitchen karaoke! Last week it was a Donny Osmond, David Cassidy and David Essex special. We have begun theming each night: Motown, 60s, musicals, and lots more still to come.

Thanks to those of you who have messaged saying how important these nightly get-togethers are, like the ones other presenters are doing too. Do join me live each night if you possibly can, on my Facebook page – with reminders daily on my other social media – and here is an example of one of the videos! 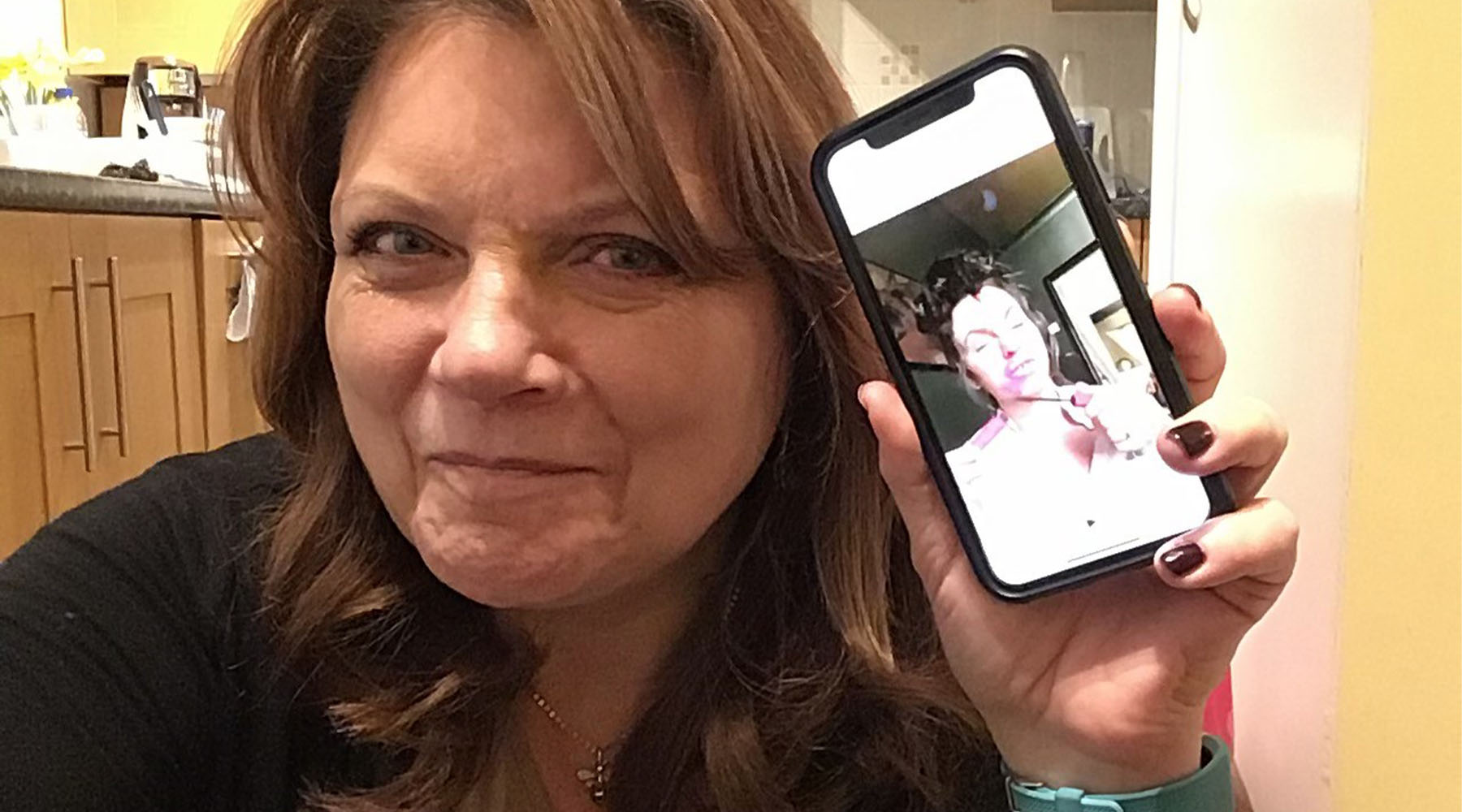 There is so much on the Internet right now, isn’t there, and much of it entertaining! For example, I howled with laughter at a Facebook video by a lady called Tilly Beresford, which I shared on my Facebook page, where she got her hubby’s hands to apply make-up to her face, with hilarious results. I literally had tears rolling down my cheeks! See if you can search it, or look on my Facebook page to watch.

If you see any funnies, let me know!
Pigeon pinching 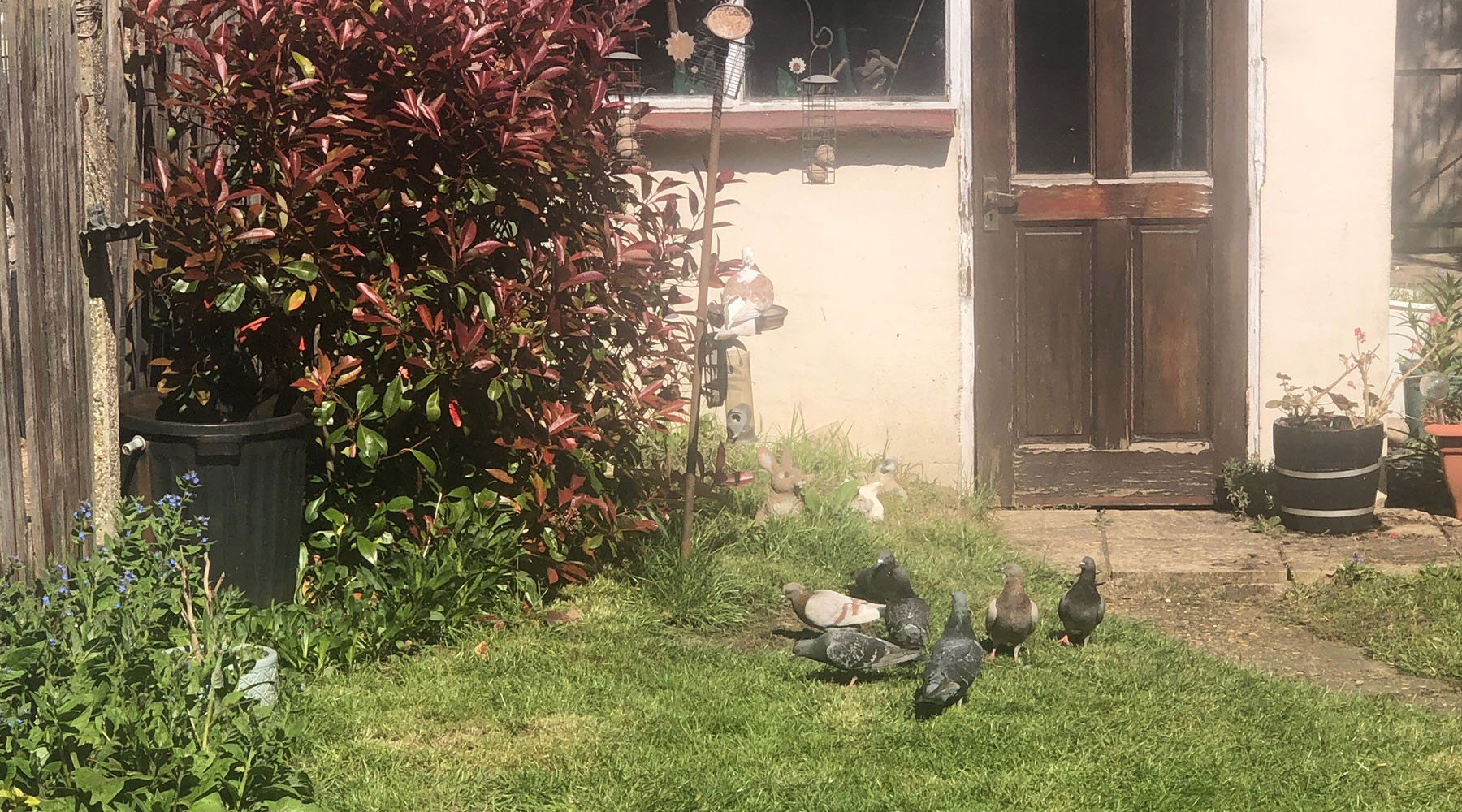 Thought I was doing a good deed in the place where I’m staying at the moment, with some fat balls for the birds in the back garden. But there are some very fat pigeons who immediately swooped in! Not seen many smaller birds to be honest, obviously its pigeon territory and they pinch all the goodies!

This week it’s the turn of Melissa Odabash!
Book of the week
Jackie Kabler is delighted because ‘The Perfect Couple’ is out this week, her next thriller! Is it her fifth book? She is so prolific, just like Julia.

“The police aren’t convinced by Gemma’s story about her missing husband. Why has no one apart from Gemma seen or heard from Danny in weeks? Why is there barely a trace of him in their flat? Is she telling them the truth, or are there more secrets and lies in this marriage than meets the eye?”

I’m glad it’s coming out on audiobook and can’t wait to read it!

A fab Amazon Prime film ‘Late Night’, caught my eye this week, as it starred Emma Thompson. I have loved her movies for a long time, and despite flying in on a first class trip to protest about climate change, she always produces the goods on film. This is no exception. A long running TV host Katherine Newbury faces the chop, until a feisty newcomer joins her script team. Mindy Kaling plays the token staffer who proves her script colleagues wrong and is a pleasure to watch (she is forgiven for the awful performance of an over the top fairy in A Wrinkle in Time).

There are some brilliant series at the moment, isn’t there? Just loving seeing all the different ones!

Over halfway through the month and already the Ultrasun Pick of the Month is doing reall,y really well! Extraordinary value with zero postage, and helps with pigmentation on the face (or hands, or chest.) I liked this little video/Boomerang that Abi the guest did with me, socially distancing six feet behind me and popping up behind the table! Find the Ultrasun range online here and don’t forget you only have until April 30th to order the big size of the SPF 50+ Face Anti-Pigmentation Cream – with a three years shelf life! Don’t miss it.

By the way, have you heard that on April 30th it will be the birthday of the veteran Captain Tom Moore, the inspirational 99-year-old who has just completed a 100 lap challenge in his garden, and raised over £15 million! All for the NHS. There is a Facebook group to sing to him, but I’m sure national news will pick up on it and it will happen, everyone sings happy birthday to him at just before 8 pm! What an amazing character.

Friday (17th) – ooh, ooh, the most amazing new colour pan set from Cooks Essentials. I’ve ordered mine in duck egg! Five-pieces including three pans with non-stick. Super value. Go here to see and buy yours if your pans have been letting you down in the last few weeks.

And watch out at 9pm when I will be launching….

Saturday – … the Decleor four-piece Lift & Firm Lavender Fine skincare collection. Soothing, calming and transformational. A great way to stock up and see what a massive difference top skincare could make to your face, all on a 60-day Money Back Guarantee try out period!

Sunday – Lee Hohbein, our IT whizz, is back with a bumper bundle of Amazon Fire products – a twin pack (better than a ‘BOGOffer)’, including Fire 2 (HD8, 16GB) tablet AND two docking stations with bonus SD cards. Wow!

Plus another fab garden launch at 9pm Sunday with me, too!

And from Sunday at midnight…

Monday – Thompson & Morgan are here with the Five-a-Day Fruit and Vegetable collection. Wow! This one is going to fly.

Tuesday – the LAB girls are back with a new Pro Lift Anti-Ageing mask TSV with extras.

Wednesday – the Benefit Cosmetics team bring us a thre-piece Mascara Masters Collection, which is on offer on an early bird link now, given how many cosmetics aisles are blocked off at the moment.

Thursday – Kim & Co are here with a new pair of my favourites – the Deluxe Denim narrow leg trouser/jeggings – I am SO getting some more of these! 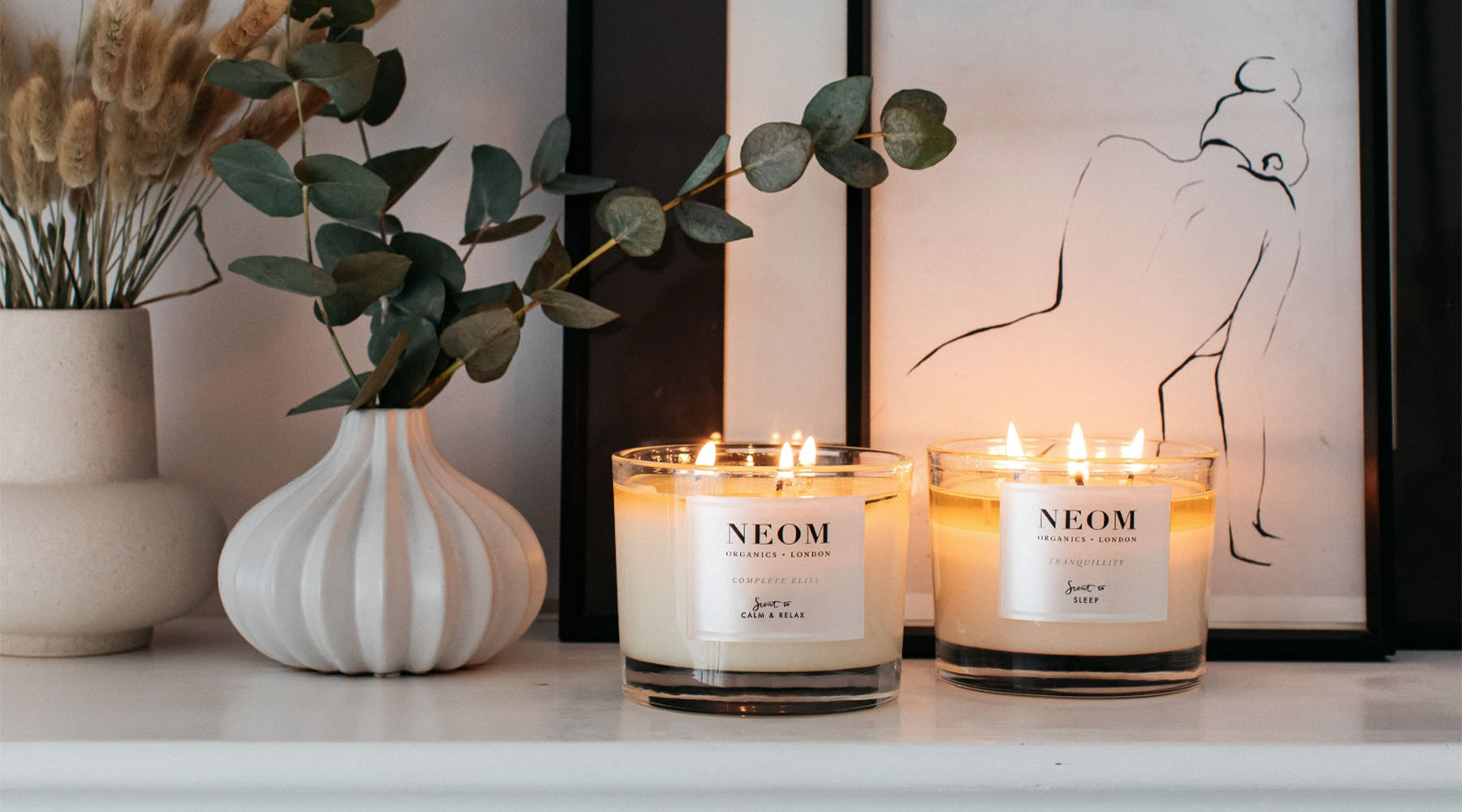 9pm Friday – more lovely plants – the Thompson & Morgan Gerbera collection launches, supposed to last all day Saturday, but the way things are going at the moment you never know! 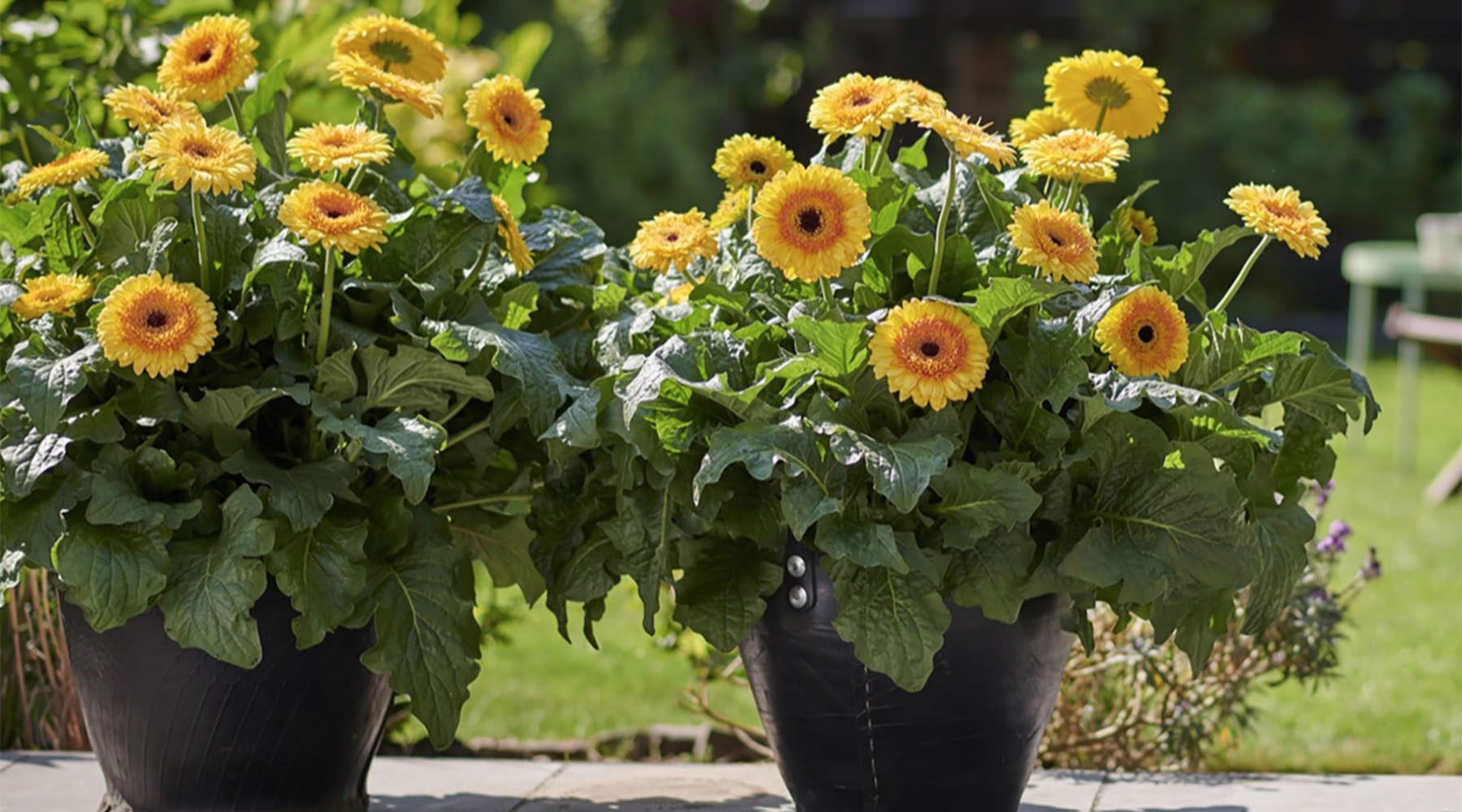 So join me early around 9pm Friday night with the advent of a Big Beauty Weekend featuring Judith Williams too.

A clear out clutter drive for me. And, looking ahead, I’m delighted to see Chunk of Devon appearing on a Spring Food Fair day with their super pies. Some super days ahead. Do keep up to date with my antics on social media, especially Facebook!

PPS – Did you guess the same as me? If I ‘have six eggs, I broke two, fried two and ate two’ I think if they were the same two eggs then you have four left! But it may be a trick question as the current tense says I ‘have’ six eggs and the rest of it is in past tense, so you may have six! What do you think?