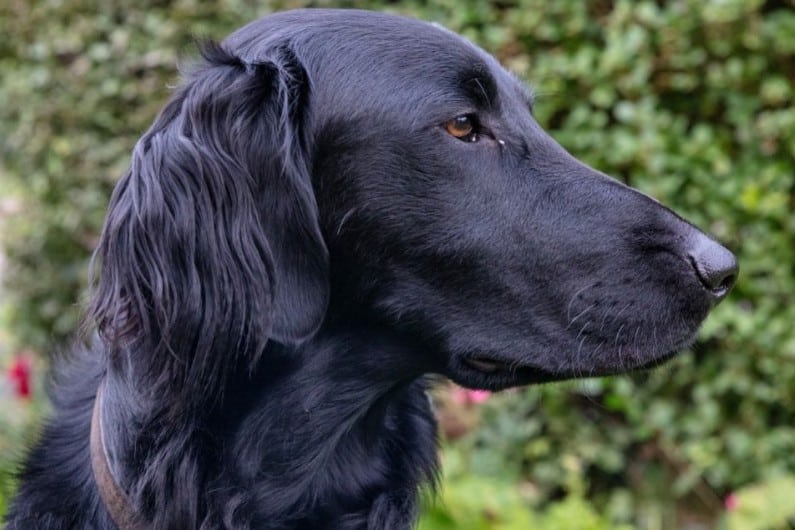 Thanks for joining me for another blog. It’s the week before Christmas… how did that happen?! I love Christmas but I feel like it’s really crept up on me this year. I’ve never been the best with organisation but I am seriously behind present-wise this year. As I think I’ve said in previous blogs, Lawrence and I are hosting for the first time this year and I ordered the food aaages ago but I’ve only really just started buying gifts. Well, I suppose food is the most important bit… right? Ha! I know what I’ll be getting most people, I just haven’t, well, got it. How are you doing Christmas shopping wise? All done or like me?

At least I still have lots of paper and ribbons from last year so no need to top up on that… bonus!

Speaking of presents and celebrating… it was Monty dog’s second birthday on the 14th December. I can’t believe we will have had him two years in February, although it sometimes feels like we’ve never been without him. His birthday treat was a marrow bone… his fave. Oh, and he got to lick the yoghurt pot when I was done with it… happy pup!

I’ve also promised him a new rope tug-of-war toy, as I’ve hidden his old one. He absolutely loves it but it just got too smelly so a new one was very much due!

Now, it’s all systems go on the dining room for Christmas as well. As you know from previous blogs, we’ve had it all re-plastered and we’ve finally got some colour on the walls.

I bought the paint quite a while ago and I decided on an ultramarine blue long before we’d even started on the room. It’s very bold but one thing I’ve learnt during house renovation is that I don’t like white walls much and why not have a big statement in the dining room?

So here’s a sneak peek… it needs another coat as it’s a little patchy because the paint comes in two separate coats, one of which is translucent (very posh eh?) but I’m so, so happy with the colour. We also bought a new dining table, which can extend to seat up to 12 people, so eight of us will be perfectly comfortable for Christmas.

So still no proper flooring, no nice new doors, no matching new chairs or even curtains but I’m hoping a bit of Christmas sparkle and spirit will go a long way and we’ll have a great time anyway, despite the not-quite-finished vibes in the room. There will be five dogs with us on the day too, so that should keep us happy and entertained if nothing else!

It’s been all go here at QVC of course too, and I want to take a moment while we’re talking interiors (sort of) to mention one of our Big Deals this week. It’s a lovely Maison reversible bedding set.

It comes in two colour options and I tried out the Rose Smoke option, which goes nicely with the teal and grey scheme in my bedroom.

I’ve never really thought about buying a reversible set of bedsheets before, but now I’ve tried it, I think it’s a great idea. Bedding can totally transform the look of a room and this set means you can do that at the drop of a hat!

I played around with having the pillowcases the same and different ways to the duvet cover and enjoyed styling it up with my Velvetsoft Cozee Home throw too.

We are already half way through the week though and this Big Deal (as well as the others) will end at midnight on Sunday, so be quick if you’d like yours.

I should also note that the last day to order in time for Christmas Day is Friday 20th at 8.59pm… very precise! So still a couple of days to squeeze that shopping in and that bed set might be nice for someone going back to uni in the new year perhaps!

We have fresh Big Deals every week, so worth having a look at them on Mondays to see what’s there.

Also another sneaky peek ahead; this Saturday we have a Today’s Special Value from Perricone, which includes pretty much a complete skincare routine, from cleanser to eye cream and neck cream, plus a couple of other treats. Perricone is seriously high-class skincare and if you’ve had your eye on them for a while, this is without doubt the way to try them out as the value is fantastic. Also, I know its not what it’s about, but I really like the packaging – a slightly old-school apothecary vibe, beautifully understated and grown up… lovely.

This will be my last blog before both Christmas and the New Year (2020 sounds like the future from a film doesn’t it?!) so I’d like to wish you all a very Merry Christmas and a happy New Year. Let me know how you’re planning on celebrating both… I’d love to hear. I’m on-air until midnight on New Year’s Eve, so I’ll be looking forward to ringing in the New Year with the team here and you lovely viewers. I hope this festive season is the best of times for you, and if you find it hard, I hope that the New Year welcomes in change and a positive spin for you.

Take care and have a chocolate/prosecco/mince pie for me!

All my best,
Kathryn