Menu
Stories > Presenters > Looking back at a great decade

Looking back at a great decade 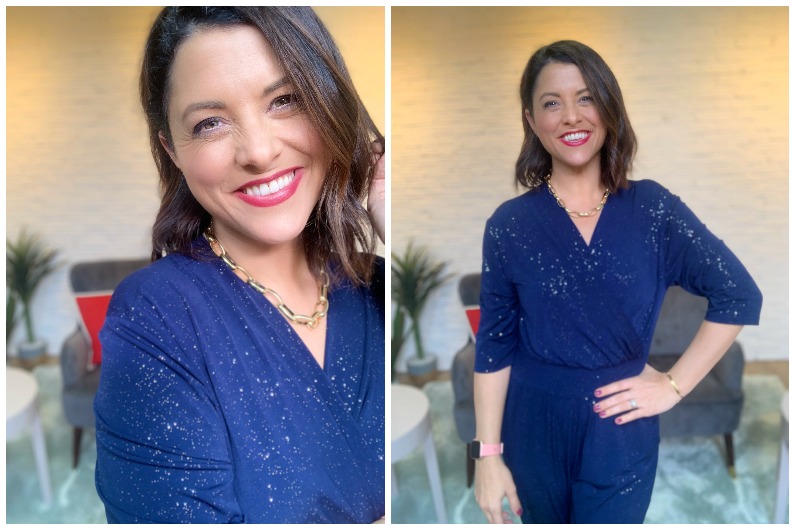 A big massive Happy New Year and New Decade to you!!! Also a sorry for not getting out a blog before Christmas, I had one of those weeks where I was having every extra possible hurdle thrown at me in the midst of school plays, Christmas parties and everything else so I just needed to cut back on a few things to keep the old machine going. I hope you all had a wonderful one and as stress-free as possible? We had a nice one, lots of days out for winter walks and local Christmas events and lots of quality time with the kids.

Looking back over the decade

Now though a fresh year and a fresh decade is here and it seems like quite a monumental moment to pause for a moment and look back. I’m sure I’m not the only one who it’s made quite thoughtful about the last ten years. I am also about to turn 40 in a matter of weeks, which in 2020 feels nicely rounded.

The last ten years for me has been all about settling down, having a family and starting a new direction in work with QVC so I feel like I have packed a lot in. Fred and I got engaged in 2010 back when I was still a continuity announcer for ITV1 (that’s the person/voice who tells you what’s coming up next on the TV) which funnily enough was just a few buildings away from QVC. Fred and I then got married AND had Tilda in 2011 so that was a busy one! ITV had re-branded while I was on maternity leave so most of the voices had been changed across the channels and so I needed to start looking for work elsewhere. 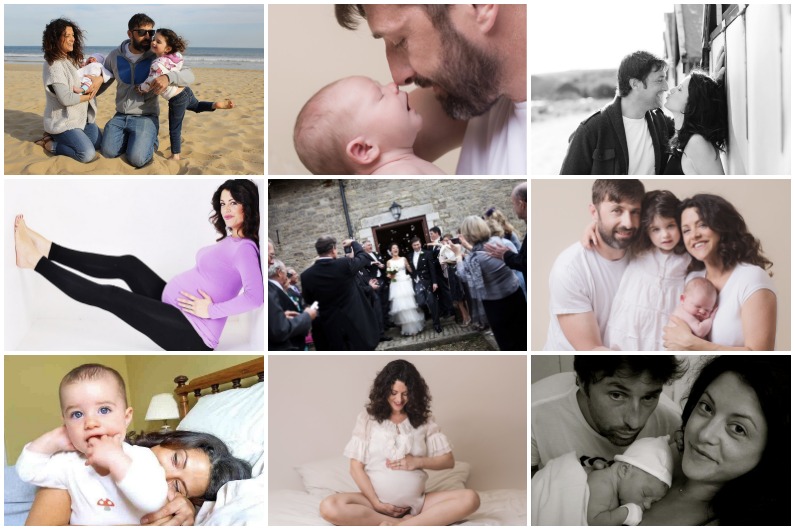 I knew that QVC was somewhere that I would love to get a foot in the door and so in what was probably 2013, along with a car cleaning product of all things, I went in to audition to be the guest to demo it. I got the job and not long later I was being asked to guest for other products too.  I was showing steam cleaners, irons and home organisers which was fun but I knew that what I really wanted to do was the presenting side of things but being such a fun job the opportunities don’t come up that often as no one ever wants to leave! Having next been asked to do some of the presenting on the extra channels filming Vox Pops on the street and some of the fashion shows, none of which were live at that point, I hoped that it wouldn’t be too long a wait. 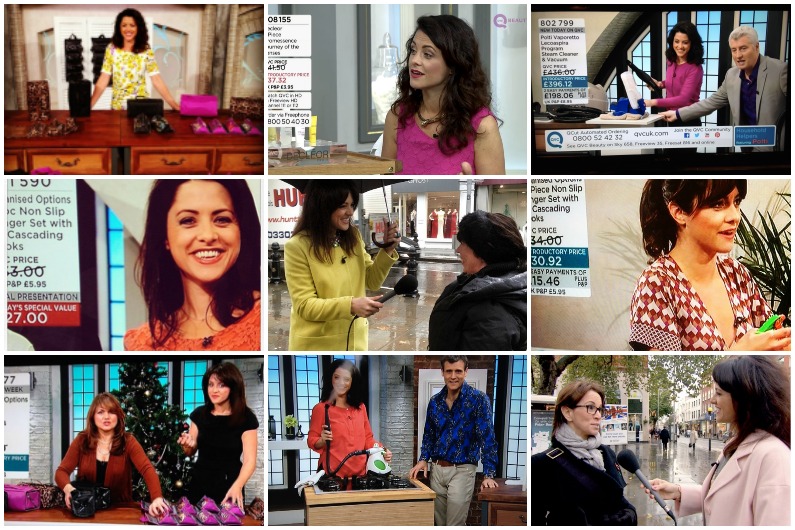 Rather nicely though, call it good timing or serendipity, I managed to squeeze adding Ivy into the mix right before one of the other presenters decided to take a sabbatical for 6 months and who should be asked to step in to cover? Little old me! Ivy was only four months old so it felt a bit of a wrench from her but it was only going to be a few days a week and with the help of family I managed to find a way to do the juggle. 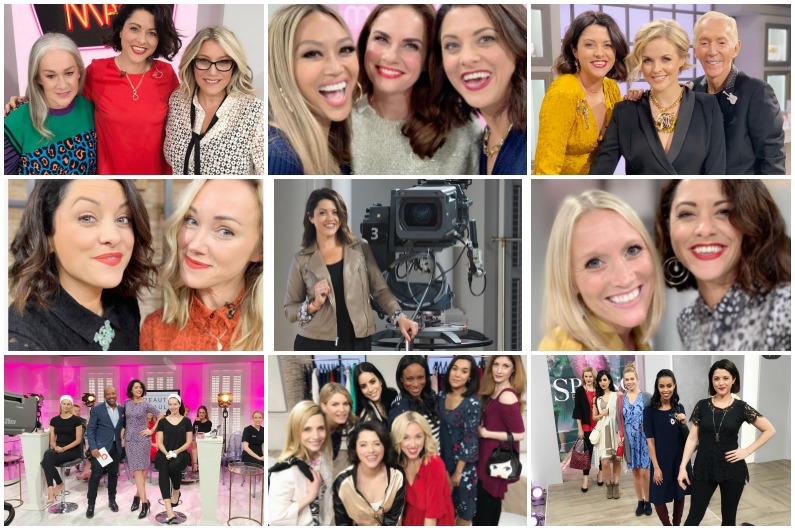 The chances of getting an opportunity like this again any time soon were pretty slim. So in the August of 2015 I started as a presenter on the main channel, 6 months flew by and luckily for me QVC decided to keep me on doing what I was doing. People often say what a time warp it can be at QVC, you think it’s only been a little while and then you realise you’ve actually been working there for years! It’s such a fun place to be, so many people to get to know, so many brilliant characters, celebrities, brands, guests and fellow presenters, not to mention our brilliant studio teams, producers and directors who keep the whole thing going. The job is always evolving so it never gets boring. 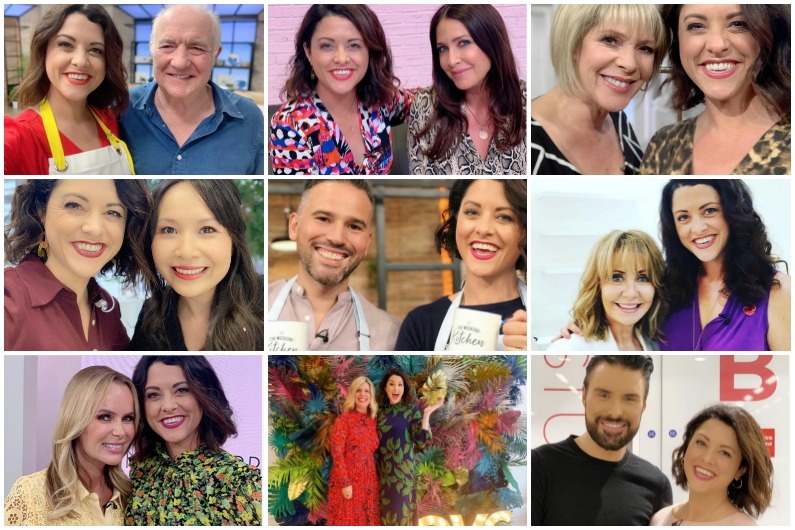 I’ve been seeing a lot of people doing their 10 year challenge on social media showing themselves at the start of the last decade and at the end so I wanted to do the same but not just with me, with Fred and the girls as this has been the biggest part of everything for me. I can’t believe we have gone from being just the two of us to having these two crazy, energetic, hilarious, smart, funny, brilliant little girls filling our days with their CONSTANT talking and excitement about everything.

Like my own sister and I, they are wildly different to each other but have the most perfect sisterly bond. For those who are close with their siblings you will know how special this is. Yes they squabble and sometimes drive us up the wall but life wouldn’t be the same without them. We may have a few more grey hairs as a result but it’s worth every one of them. 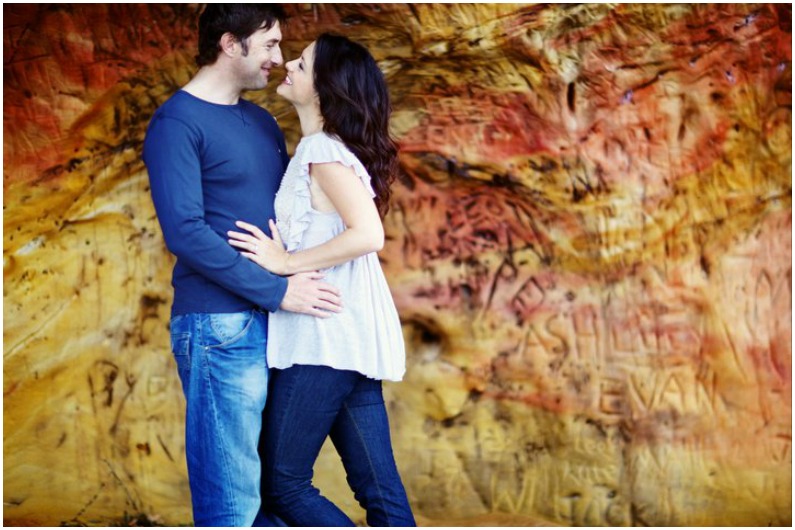 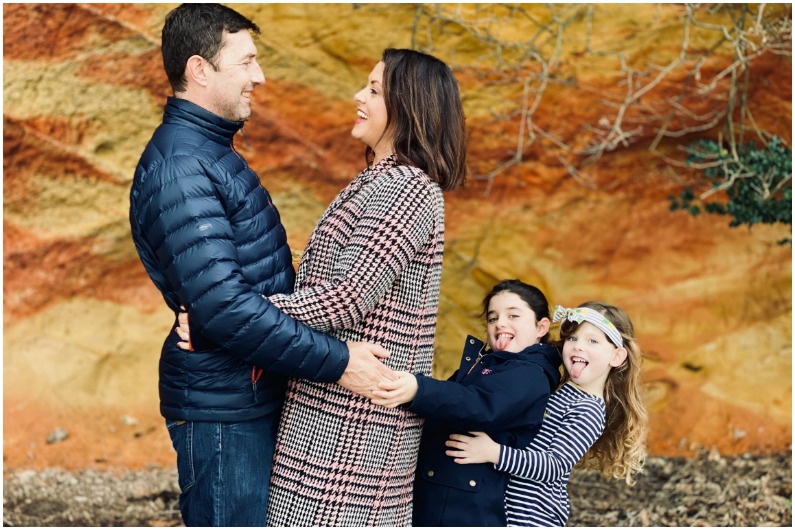 The first picture was an engagement shoot that we did back in 2010, with the same photographer David McNeil who also did our wedding photography. It was taken in front of a beautiful chunk of yellow and red chalky cliffside over on Studland. So we took the girls last weekend over to find it and do the updated version! We couldn’t quite match the spot due to ten years of erosion changing the look of it all but it’s close enough. Just think at the end of this next decade I will have two teenagers on my hands, one who might even be driving!!!

Over the last month I got the chance to try out the new formula of Richard Jaskson’s High Energy Bird Food. I love encouraging nature to come to our garden not just for my enjoyment but for the girls to see too. It now has whole sunflower hearts which helps reduce the amount of seed dust that can be a common issue with some bird foods. It also contains higher energy suet pellets and oat groats. The new mix is higher energy, easier to eat, faster for birds to digest and as said less dust. 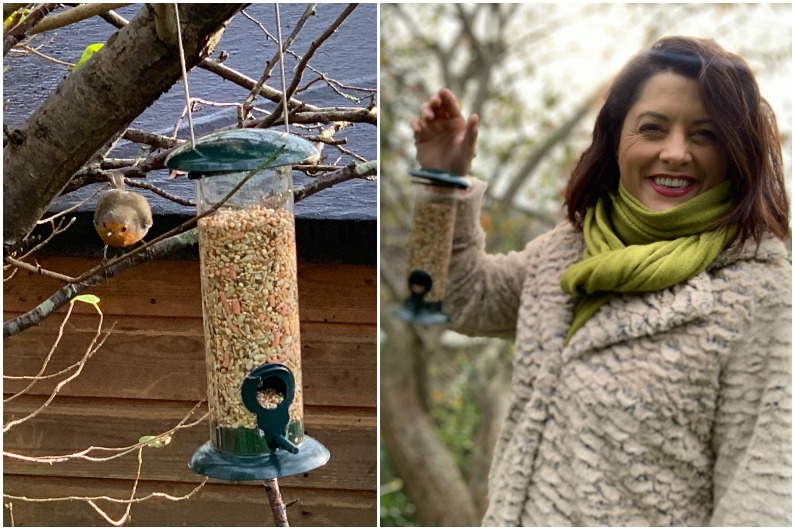 When I first put the new food out I was on my own and took the camera and tripod out with me to take some pictures of it in the tree. I certainly wasn’t expecting what happened next. As I was choosing the right branch I was suddenly aware that a robin had swooped in and was sitting just a few metres away from me watching what I was up to. He knew I had food and was just waiting until I got sorted. I stepped back very carefully and slowly and stood incredibly still. The little robin didn’t wait a beat, he was straight to the feeder and revelled in being first at the table. I couldn’t believe how quickly he found it, I have had to refill it twice already. I like to think he’s been back along with many other bird friends.

I haven’t just kept it to our garden either, one of our favourite and relatively cheap activities to do with the kids is to go and feed the birds at the park. As we know bread isn’t the best things for the birds so I was so pleased to be able to take our own proper bird food with us. There used to be someone selling bird food at our park but not anymore and we have missed it. 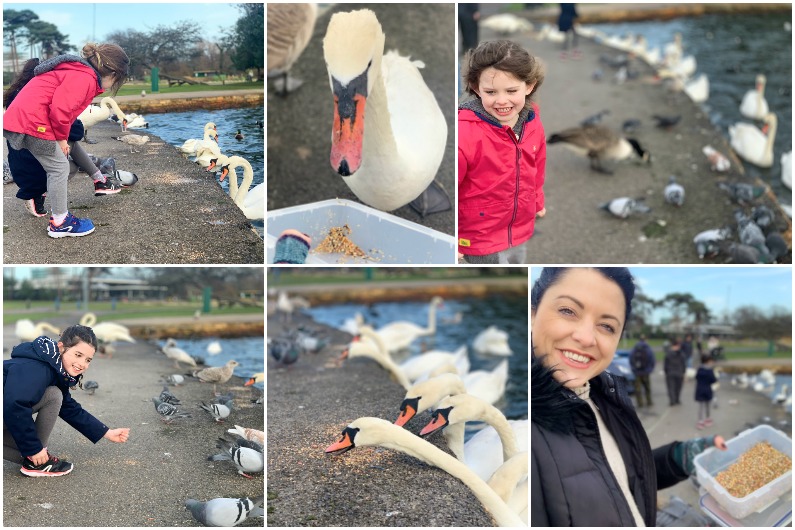 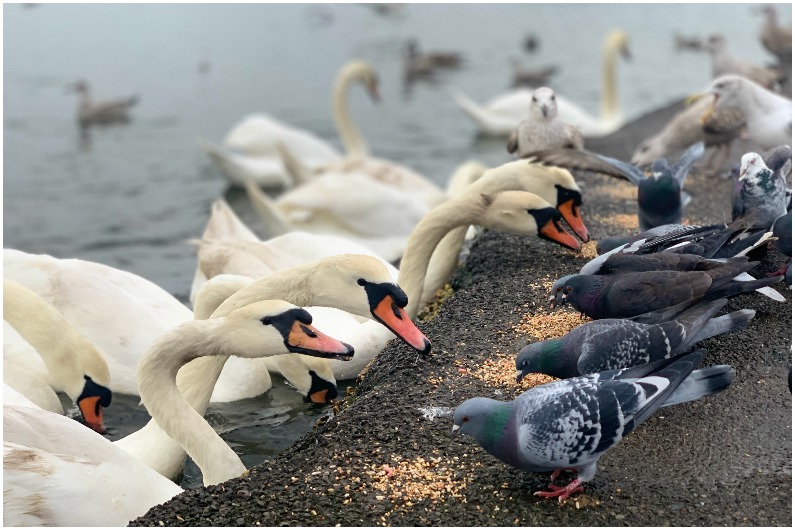 We’ve done it a few times now and just scoop up the seeds into a Lock and Lock tub to take with us and immediately get swarmed with swans, pigeons, geese and various ducks etc. It was like a massive bird dinner party. We put a handful of little piles along the edge of the lake so that the swans could get them too and the rest we scattered for the smaller birds. Tilda and Ivy loved it and so did the birds!

As most of you know by now I love to cook. It’s how I unwind in the evening. I love experimenting with flavours and trying out my own recipes or changed up versions of others. So I was really glad to try out the Copper Stone set of two frying pans which are our Big Deal this week. You get a 20cm and a 28cm and they are really rather fabulous. Even Fred, who isn’t much of a cook has commented on how much he likes them. They are easy clean, non-stick copper infused so you don’t even need oil if you don’t want it. 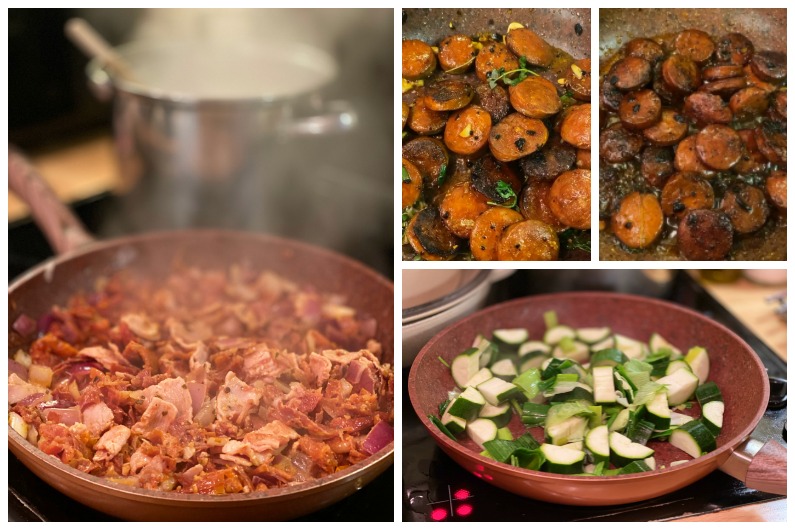 Just a few of the things I have been cooking up in them are fresh green vegetables. I did a mix of courgettes and leeks with just a dash of olive oil, sage and salt. Even though you don’t have to add oil I do like the benefits of olive oil in my diet so I still added it. I also did us a lovely pasta using up a lot of things in the fridge including the salami meats from Christmas. I fried up bacon, salami, white onions, sun dried tomatoes and garlic. I didn’t add any extra oil for this as the bacon and salami has enough fat anyway to cook in.

In the smaller pan Fred and I had a naughty little treat of tapas one evening when we had already had a big lunch and just wanted a little tasty something. Dean Edwards cooked for us on our stand at the BBC Good Food Show and as I had a chorizo in the fridge it was the perfect thing to make.

Chop and fry up the chorizo, again no need for extra oil, with chopped garlic and a few sprigs of fresh Thyme and let the chorizo start to crisp up around the edges. Then put in a good slug of red wine. I only had Pinot Noir, which I don’t think was heavy enough but it still tasted great, I have to admit I can’t remember what red wine Dean used but I’m sure I can find out at some point! Once the red wine reduces down so it’s starting to look nice and glossy add a drizzle of honey. Then enjoy!

The pans have been great so far and the offer is brilliant. I particularly like the very comfortable handles that have a wood effect but feel a little rubberised.

Well that’s it from me this week, already well into January and a new year. I am doing my usual reset now, I am getting back to my walking and eating more healthily. I don’t really see it as a New Year resolution or anything like that as I often give myself a reset throughout the year. I’ve cleared the Christmas decorations and even done a big clear out for the charity shop. I’m ready to set some goals and intentions for this year and I’m feeling positive so a good start so far. 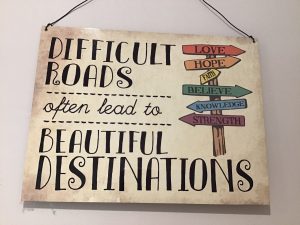 The Summer Sale is here!

Bumper grandbaby time! And sorting out your neck ‘n’ dec!