Menu
Stories > Presenters > Alison Keenan > Getting up, getting on and The Great QVC Giveaway!

Getting up, getting on and The Great QVC Giveaway! 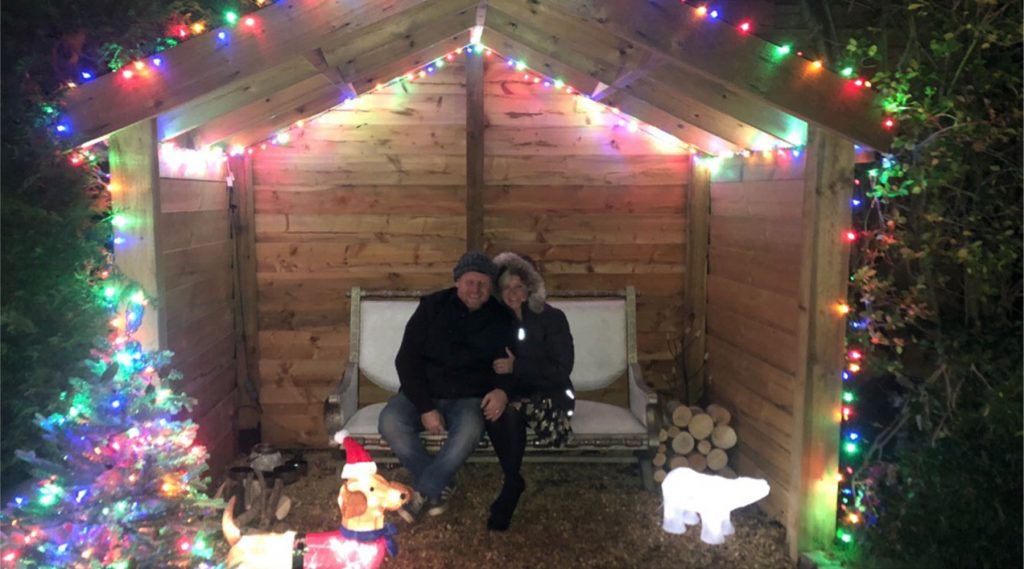 So, we got through it! 2020 that is, and having read all the uplifting comments on social media in spite of everything that’s been flung at us since December 19th, we’re all doing our best to stay positive. Because it’s the only way to be isn’t it really?

I know Christmas was different for most of us, but very difficult for some and if you were on your own I do hope that somebody reached out to help. I’d be lying if I said our Christmas was as we had intended or even what we’d hoped for, but I did manage to see all three of my children at various points last month, and stay overnight with Lucy and Honey in our support bubble.

It was also the first New Year in many that I wasn’t able to see my friend Jo. We’ve known each other since we were 11 years old and as it’s her birthday on New Year’s Day we invariably spend New Year’s Eve together, but everything is on hold until better times. Realistically I didn’t celebrate my 60th birthday at all last year so in my head I’m still 59! 🙂

Part of that positive mindset was definitely boosted for me when we passed the winter solstice on the 21st of December. Shorter nights and longer days definitely help, and I’ve already enjoyed several country walks this year. 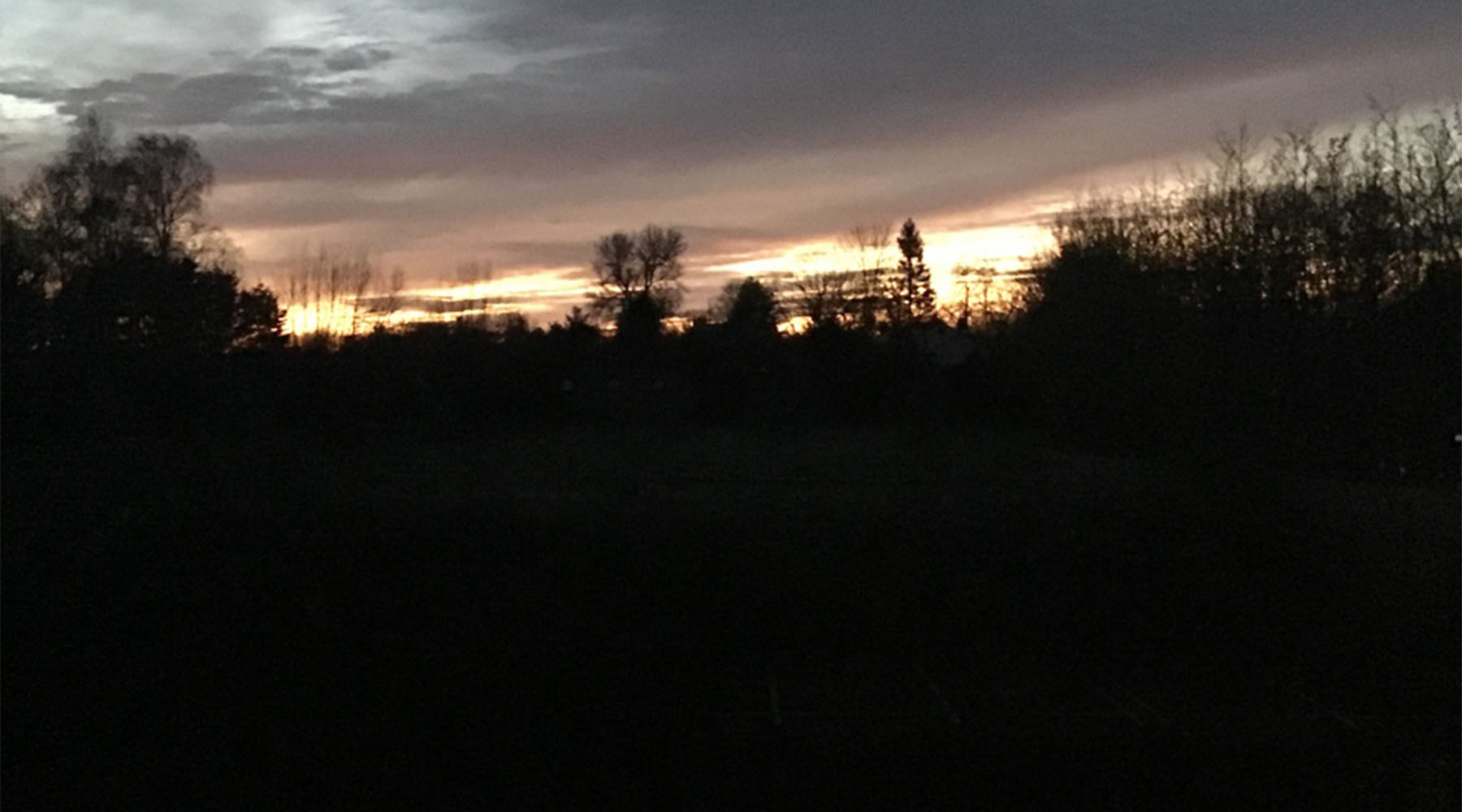 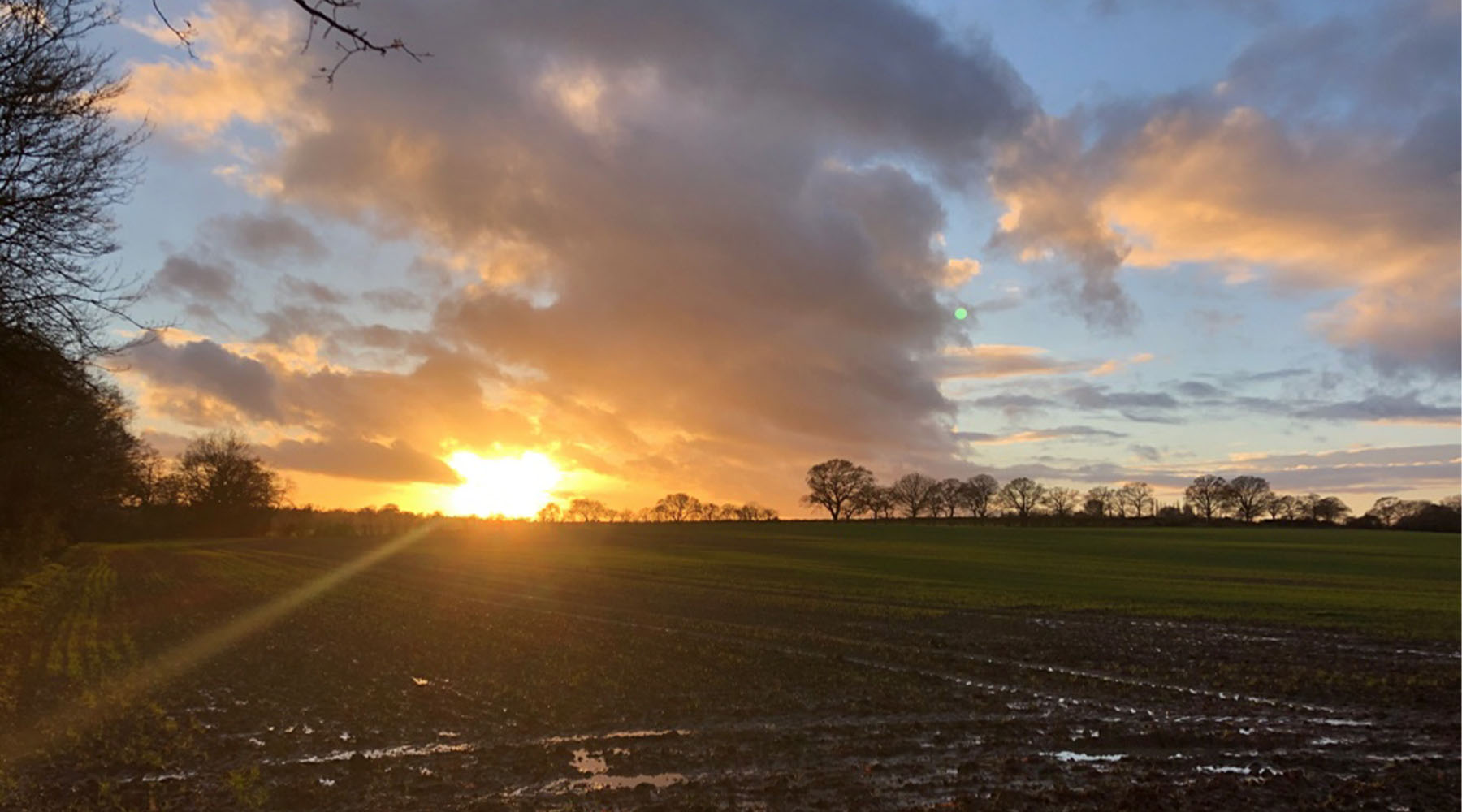 More good news came to us from Australia where my lovely niece Clare had her baby on her due date – 17th of December! She gave birth to Agatha Fletcher who weighed exactly the same as Clare did when she was born and both mum and baby are doing well! My brother Peter and his wife Sarah are over the moon to be grandparents, and I’m thrilled skinny too, even though I have no idea when I’ll ever get to see them and baby Aggy as she is being called. 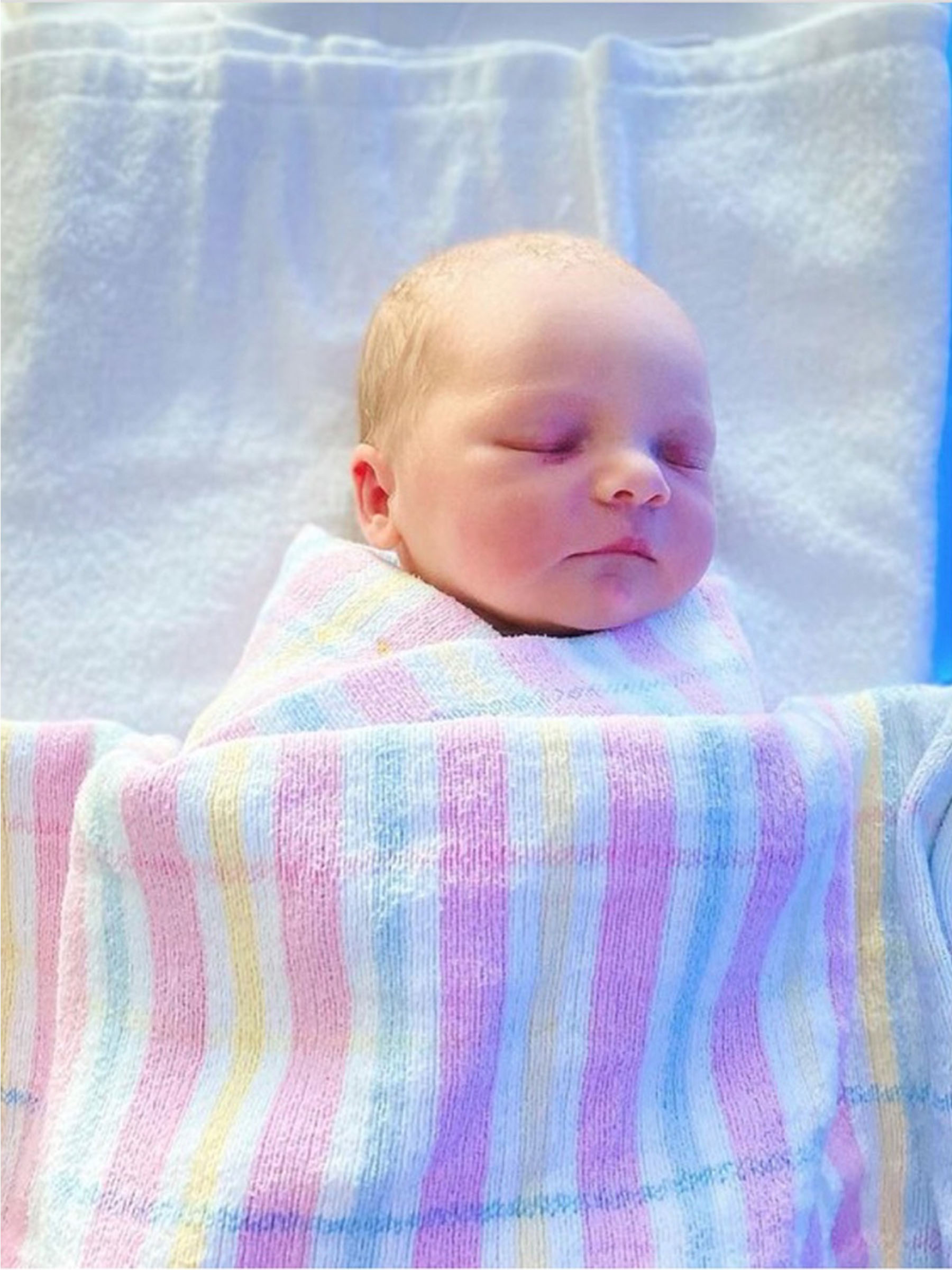 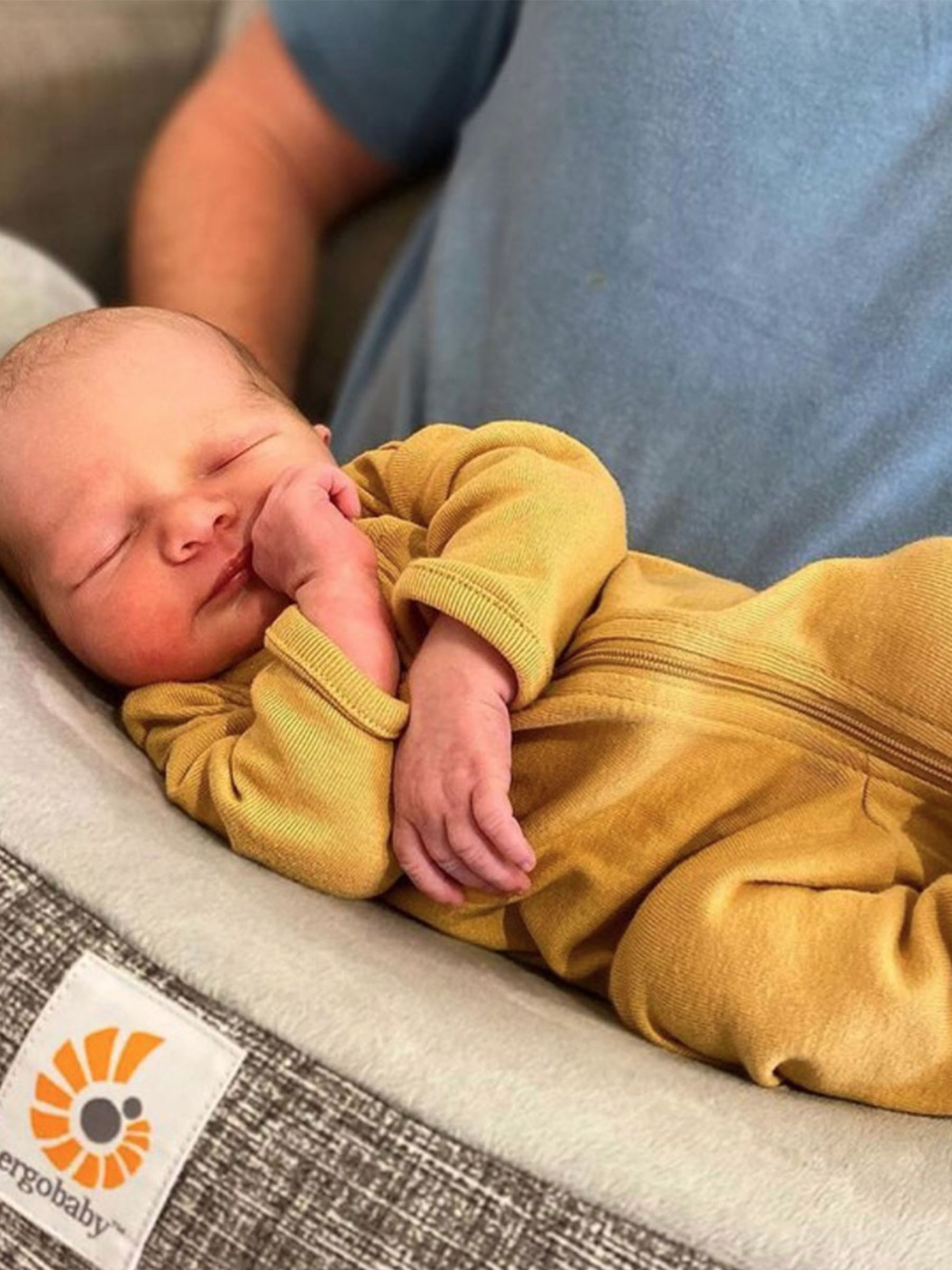 Way ahead of time I sent a gift for the baby that I posted on the 1st December but it didn’t arrive until the 26th December! It was from a wonderful company called BabyBlooms and they create bouquets using cleverly folded baby clothes to look like flowers! Stupidly I hadn’t tracked the parcel and I’d almost given up on it ever arriving but I was very glad as it did as Clare thought it was a great gift.

Talking of gifts I have to tell you about The Great QVC Giveaway! It was launched at 9am on Monday and will run until 23.59 on the 24th January. Anyone can enter and as soon as you’ve bought anything from us you go to QVCWIN.com, put in your order number, house number and postcode and then you get the chance to Spin the Wheel that will pop up on your screen. There are literally hundreds of prizes you could win and you’ll also be in with a chance to take the £10,000 cash prize in our Grand Prize Draw. Give it a go! You might well be lucky.

I was trying to think of what to make for dinner this evening and was horrified at how many leftovers I still had in the fridge! Most of them were definitely way over their ‘best before dates’ and had to be binned with mince pies being the only exception! We managed to motor our way through at least six of them today so they are out of the way now. I’ve decided on a vegetable casserole for tonight, but when I got home from work on New Year’s Day I was presented with this fabulous beef Wellington that Colin had made for me. It was absolutely delicious – he followed a Gordon Ramsay recipe having bought two pieces of beef fillet the day before. I feel he should take over cooking duties from this point forward! 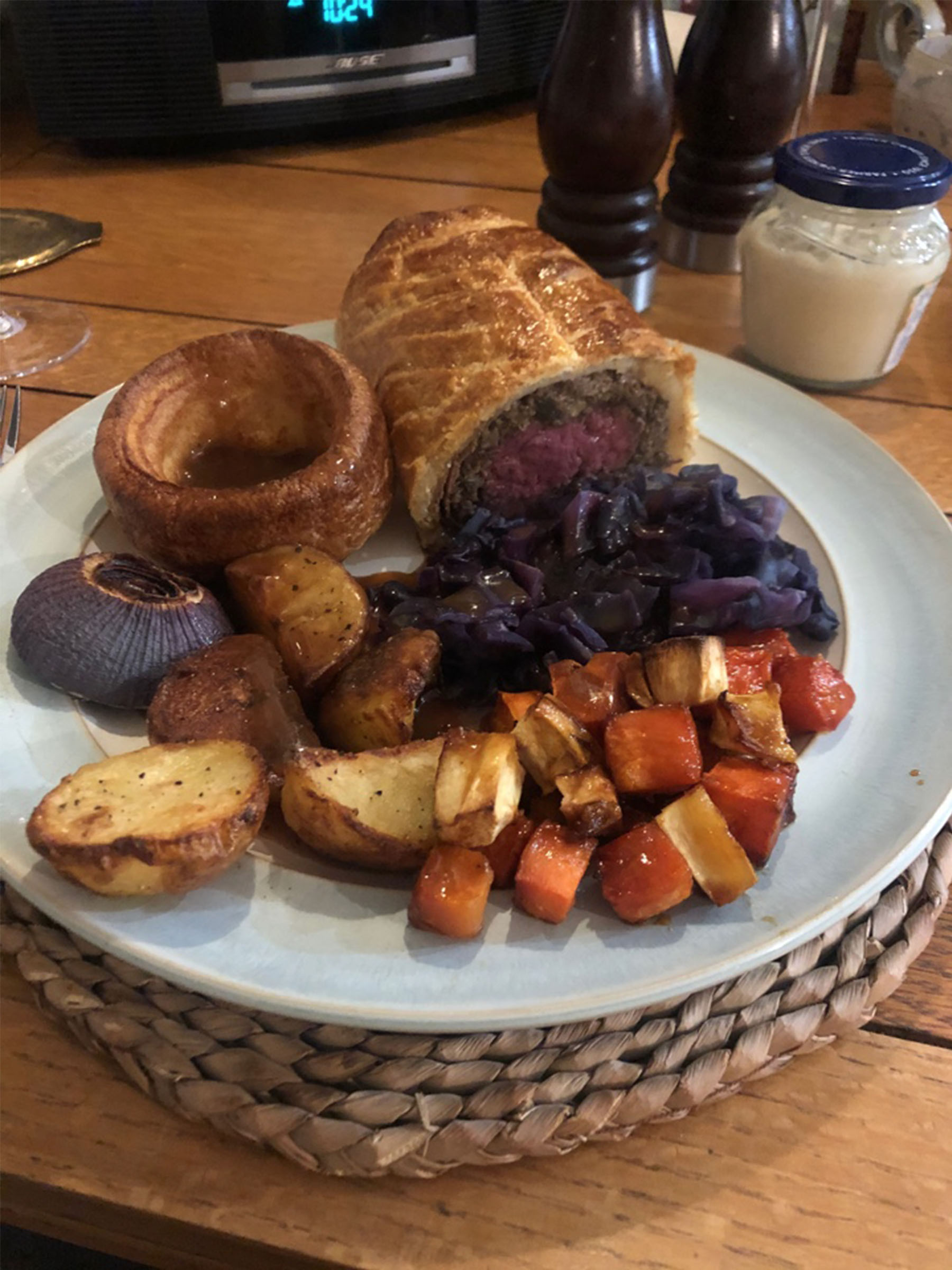 Staying with food, we’ve got something exciting coming from Wilfred’s Pies next week – their first ever TSV! You’ll be able to choose between a selection of steak, chicken or vegetarian pies and the fillings sound fabulous! Follow me on Instagram, Twitter and Facebook as I’m getting the chance to taste them prior to the launch!

We’ve also had major price reductions in our January sale on almost everything – check out the website to see what’s on offer from your favourite brands. And while you’re there, I do recommend you click the link to ‘Stories’ and listen to the first podcast in a series of four that focus on mental health and wellbeing.

Will Gowing is talking to Nicola Elliott, the founder of the Neom brand, who is the first contributor – it was fascinating hearing her describe how she coped with panic and anxiety attacks. Perricone’s Kara Beck and Marjelene Brugman, the familiar face and demonstrator of Pilates at QVC will both feature in the coming weeks, and I am very humbled to tell you that I will be with you for the final podcast of the month.

It’s the second time Will has talked to me about my life and we will be looking back over the years to several significant events that shaped how I now cope with my mental health and life generally. The events of the past year have shaken so many of us, and its very difficult to know how to cope at times. Hopefully by sharing our experiences it may help those of you in similar situations.

Sometimes all it takes to make you feel better is talking with a friend or someone close to you, and one of my closest friends at the Q is Kathy Tayler. Obviously we’ve not seen much of each other over the Christmas break but we’re in touch regularly. She’s just finished promoting the re-launch of her Morning Style Show and had some great photographs taken after being styled by Stine Wintnev – here’s the link to see more.

Loving the Ruth Langsford biker jacket in tan – I have mine in taupe 🙂 I must admit to having become more than a little obsessed with the Cuddl Duds range of leisurewear. I treated myself to their fleece leggings and several tunic tops just before Christmas and have spent most of my time wearing them while lounging about or staying snuggly in them when I’m out walking. They are SO much warmer than jeans or my usual walking trousers and I’m more inclined to walk for longer when I’m warm!

I’ve been listening to a new audio book – another of Lisa Genova’s novels. It’s called Life with the O’Briens and I’ll be honest, it’s not the easiest of listens. Her books all deal with some form of illness and this one focuses on Huntington’s Disease and is quite distressing. Before that though I listened to The Switch by Beth O’Leary, which was the total opposite – heartwarming, fun and insightful. I bought it for Jo’s birthday present as I know she’ll love it too. Colin and I enjoyed watching Roald and Beatrix on Sky over Christmas starring Dawn French. I’m a huge fan of hers and it was a beautiful tale about the young Roald Dahl and his obsession with the writing of Beatrix Potter. We started watching the new Channel 4 period drama The Great last night – VERY unusual but quite entertaining!

Hopefully QVC will continue to entertain you with all we have to offer over the coming weeks. Watch out for special deals from Alpha-H, Ruth Langsford, Phase Eight and Morphy Richards to name but a few. And do drop me a line if you have a moment. I really enjoy catching up with your news and it certainly is a leveler for me when I hear how well you’re coping in these unprecedentedly difficult times with all that comes your way.

Stay well, stay safe and do stay in touch.