A couple of updates… 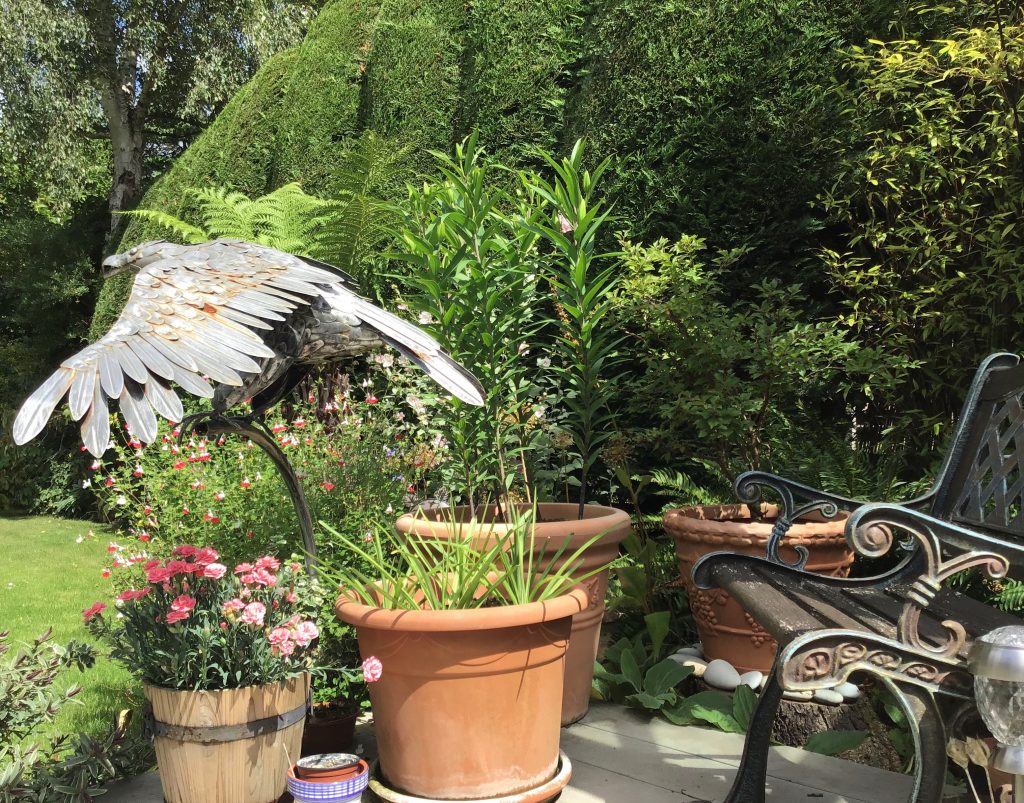 It seems ages since I updated you on the progress of a couple of things, so I thought I would put it right today. Later in this blog I’ll tell you how my leg is getting on after my ankle operation but first, the Richard Jackson lilies. You may remember me posting a photo of me planting the bulbs back at the beginning of May. It was a little late to be planting because they had been held up in transit, but I’m pleased to report they are over three feet tall and laden with flower buds. My red lilies from a few years ago are just coming to the end of their flowering, so hopefully these will take over when they do. I haven’t heard much from the other presenters who are also growing them – I wonder if any of theirs are in bloom yet?

Although the red lilies are almost done with flowering for this year, my garden is filled with other beautiful flowering plants; hydrangeas in four colours (blue, white, pink and purple), lavatera, clematis, hebe… the list goes on and on, and I’m also delighted to say that the Thompson & Morgan mixed selection of fifteen plants is thriving as you can see. The petunias, geraniums, fuschias and pinks are in a variety of different shades, plus the ivy. It’s the first time in ages that I’ve grown ‘pinks’, as I haven’t had much success previously, but these are stunning, and the aroma is exquisite when we’re dining al fresco. I spoke to my mum yesterday and she said the ones I gifted her are also magnificent. 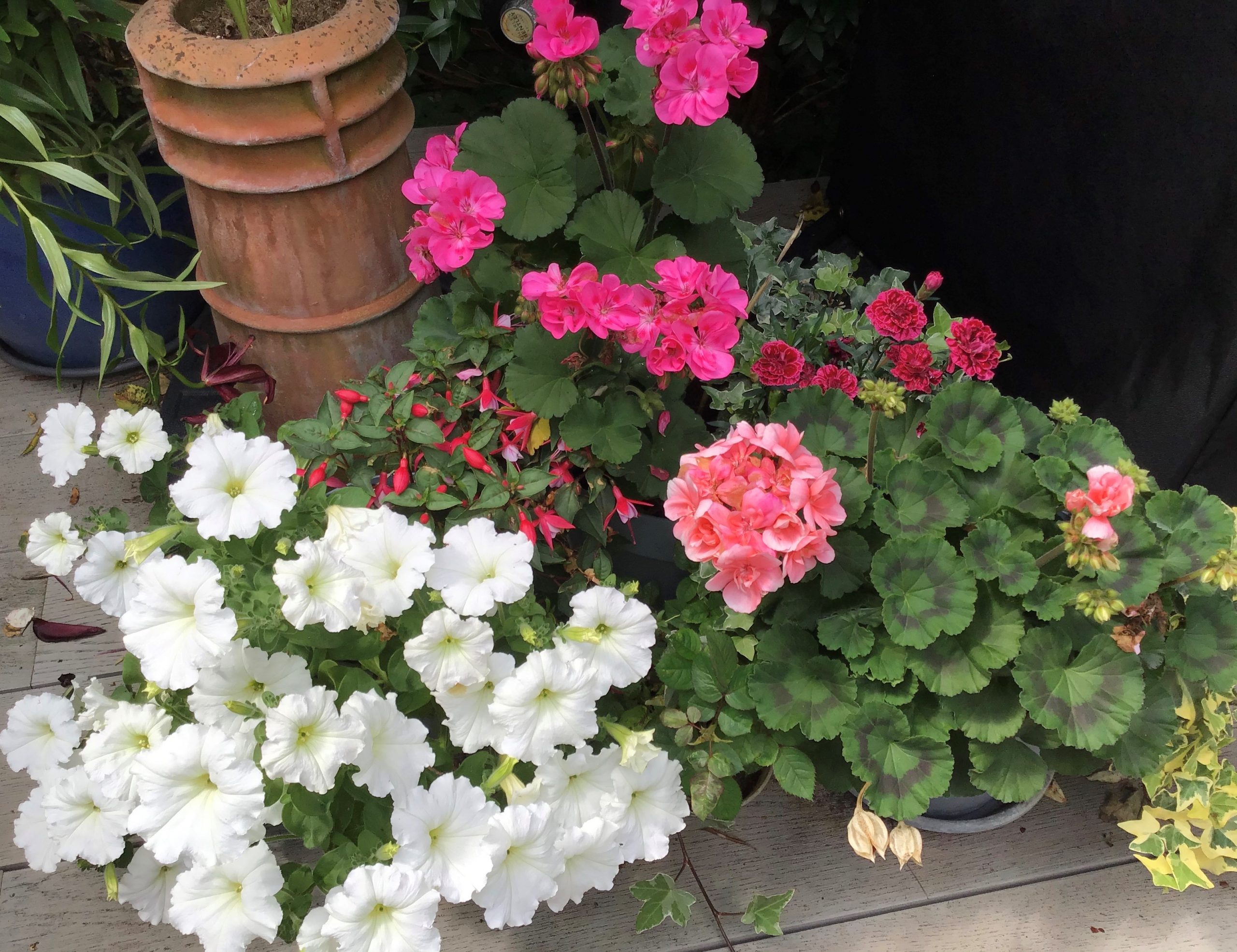 I’ve been picking a few flowers to bring inside, the latest being a mix of pink and blue hydrangeas, which you can see on my dining table in this picture. Before I sat down to write my blog this morning, I took part in an Elemis training session via Zoom… I know, me, Mrs. Technophobe! 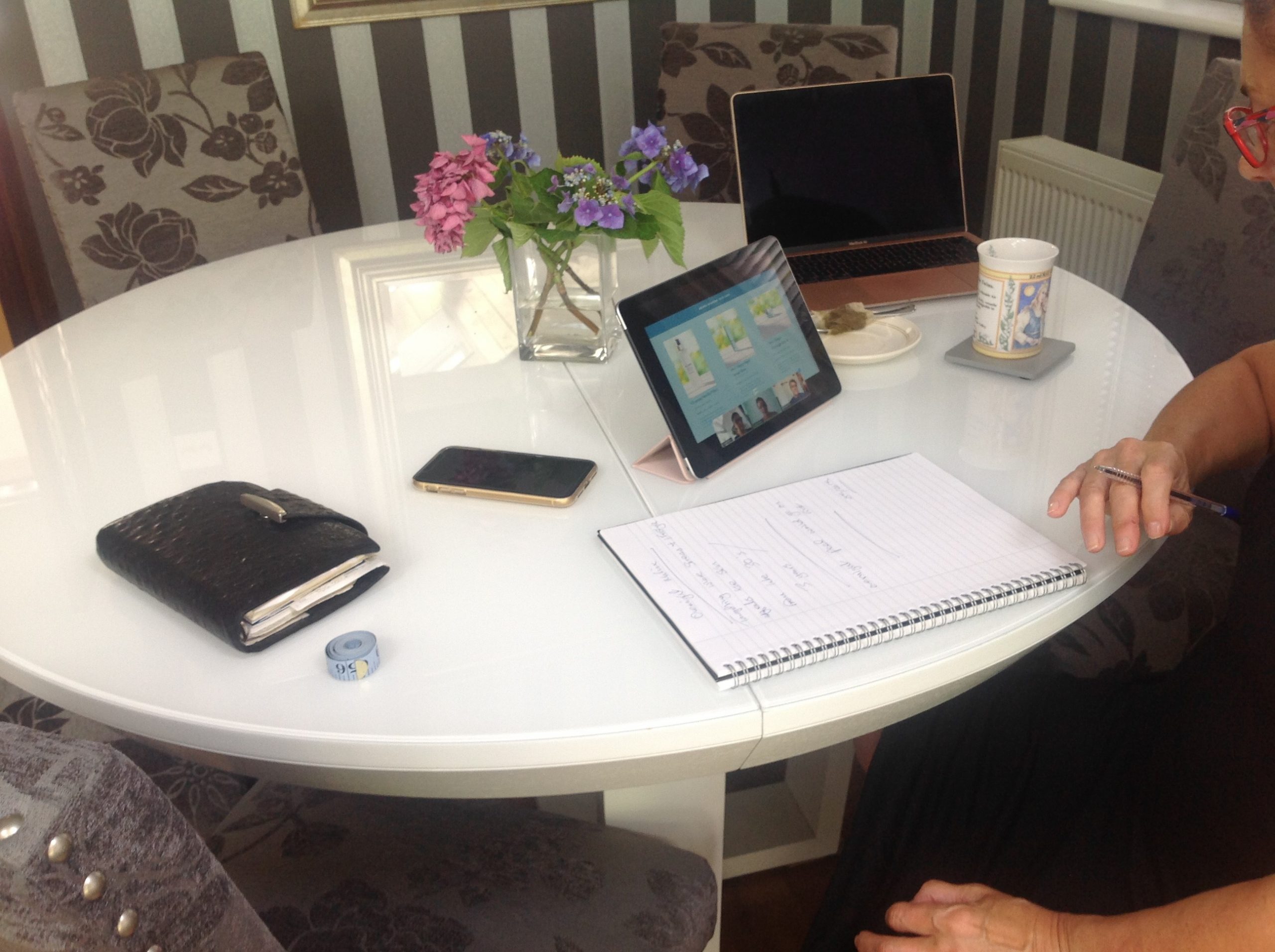 It’s funny how we’ve all had to adapt to doing things differently over the past few months. Notice the tape measure on the table – more on that in a bit! Grace took Simon Biagi and I through the contents of the Elemis Today’s Special Value, which goes on presell on our website next Tuesday. I’m not allowed to tell you too much about it, except to say British Botanicals is back by popular demand!!! Shhhhhhh, I didn’t tell you.

Before that, of course, we have a whole day of beauty on Sunday with a Liz Earle Today’s Special Value. That too has gone on sale early on our website and is proving to be incredibly popular. It is the three core facial products, Cleanse & Polish, Instant Boost Skin Tonic and Skin Repair Moisturiser, plus the Brightening Botanical Drops. It’s a great opportunity to try the drops if you haven’t done so yet. I’m on air for the first two hours of the day, a mixed show at 9 a.m., followed by Molton Brown at 10 a.m. so I hope to see you bright and early. 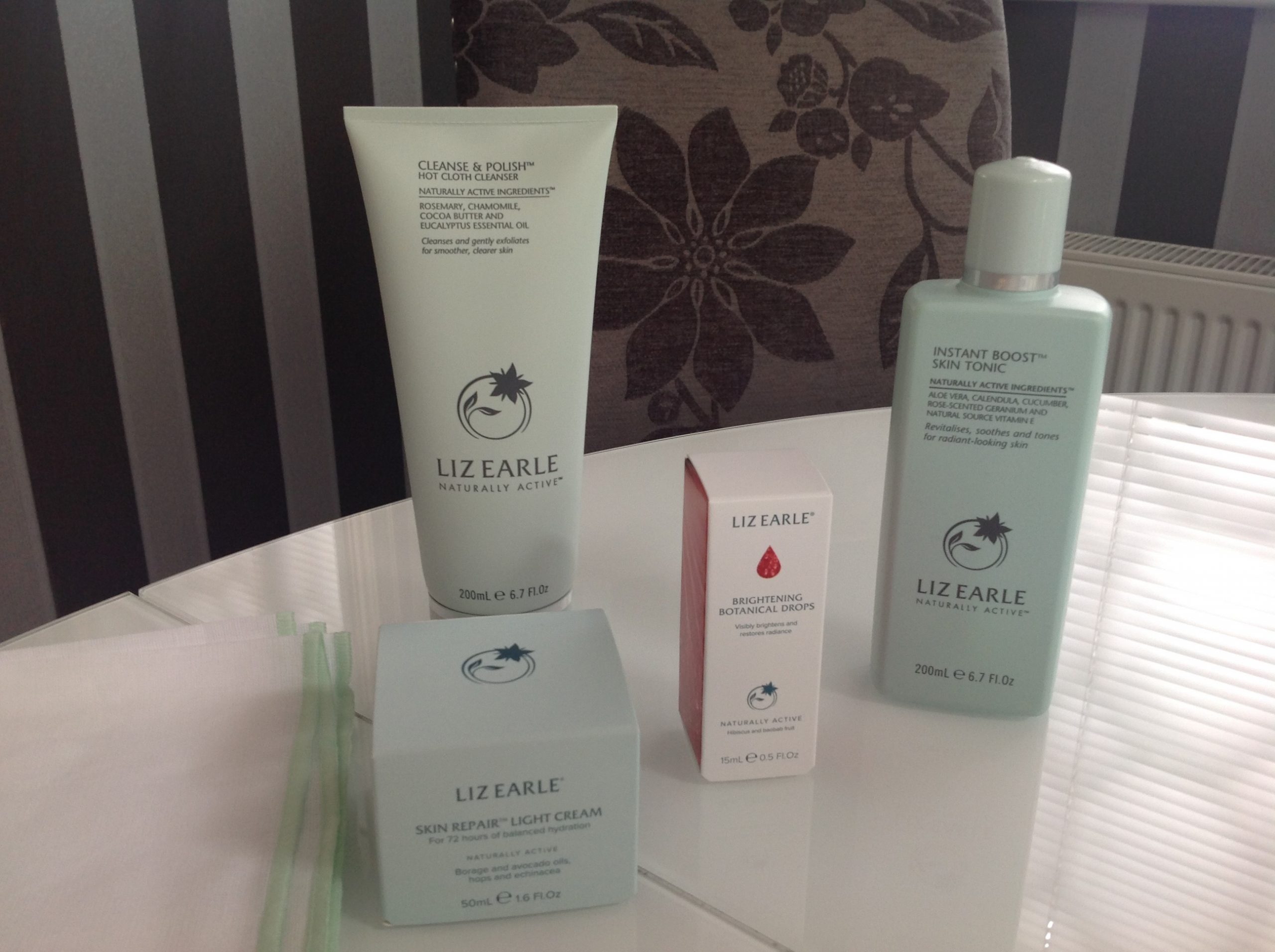 Last week, I’d hoped to share the video of me cleaning Wilfie, our cat’s, teeth, but unfortunately, we had a few gremlins… apologies for that, here it is!

I’ve had loads of comments on my social media saying there is no way their cat would let them clean their teeth. I have to on recommendation from the vet, as Wilfie has teeth which are prone to decay.

Although he is brilliant at having his teeth done every morning, he’s not so well-behaved when it comes to clipping his claws. He’s a house cat, so needs them doing fairly regularly and it usually means a trip to the vet, but during lockdown they haven’t been doing them, so we’ve had to do them ourselves. The trick is to wait until he is fast asleep and then covertly approach him with the clippers! We don’t always manage to get them all done in one hit – I got one paw and a claw done on Wednesday before he sat up and looked at me as though to say, ‘Touch me again and I’ll kill you!’ Needless to say, I’ve left it until I can catch him dozing again, which won’t be difficult! 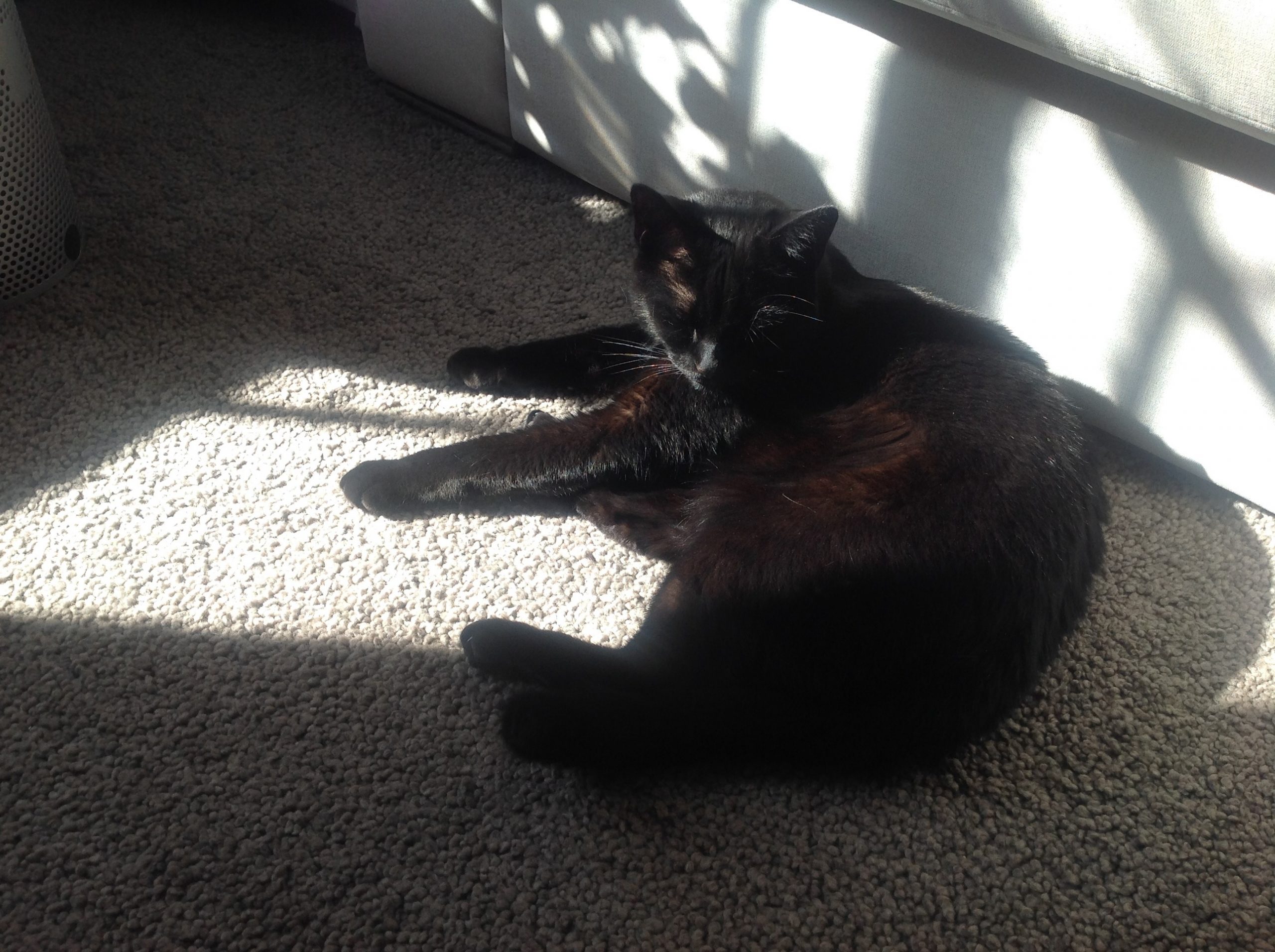 There’s no recipe on this week’s blog, but I did make an Eton Mess for dessert on Sunday. I’ve mentioned before that my secret ingredient is soaking the strawberries in port for an hour or two, but we didn’t have any, so I tried Pedro Jimenez sherry instead. It was good, but not as good, as the sherry is sweeter than port, so it was a bit too sweet for me. 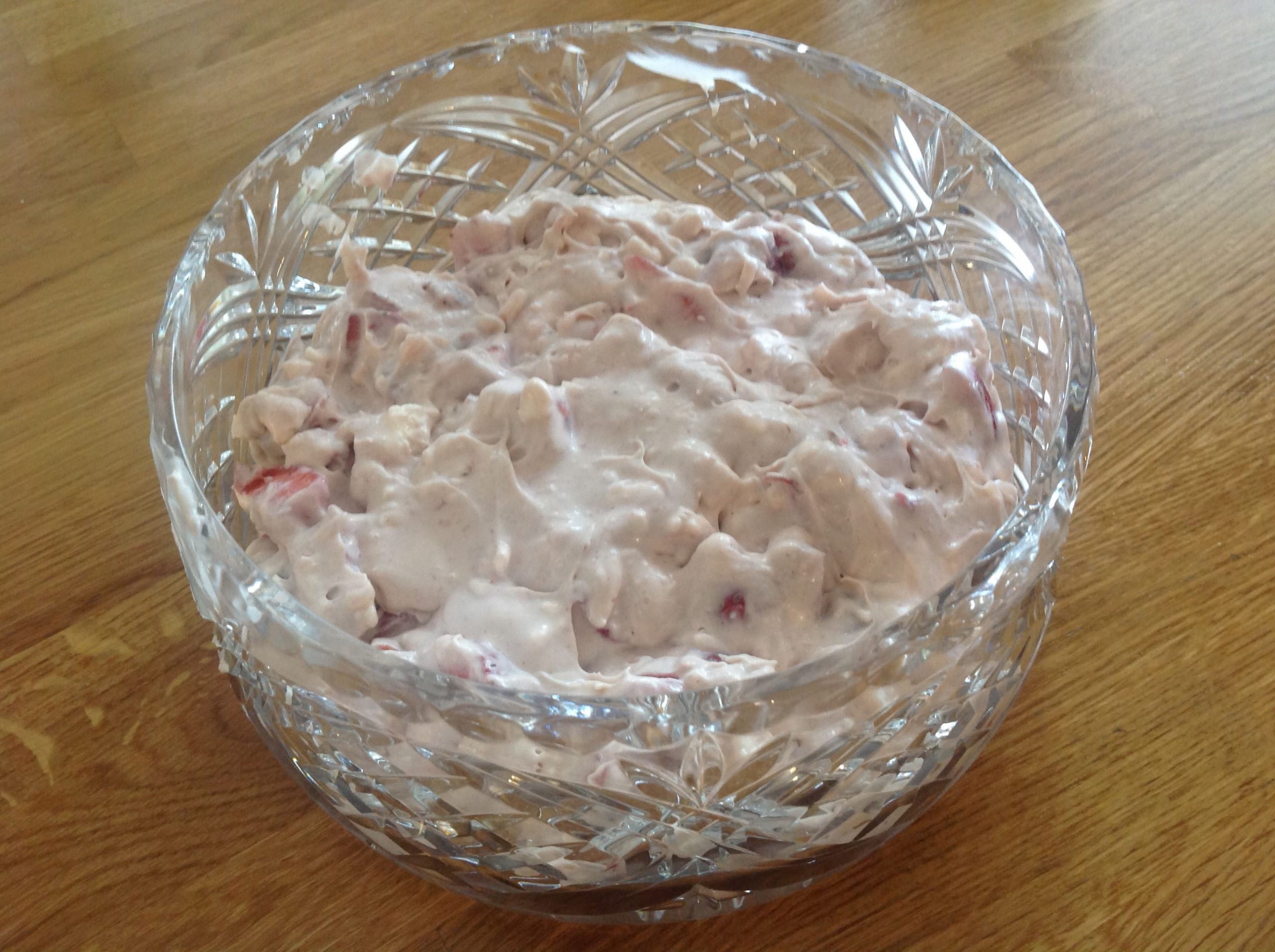 What I did use for the first time was my KitchenAid handheld mixer that Dan, Katie, Sophie and Reece bought me for my birthday. It was really good. I’m not sure whether we’ve had that model on QVC previously, but it must be coming, as I’ve just seen a post on Anne Dawson’s Instagram saying she had been doing some filming for it. Although it’s not available on our website yet, keep checking as it must be fairly imminent! I think Anne mentioned it will be available in a choice of seven colours. 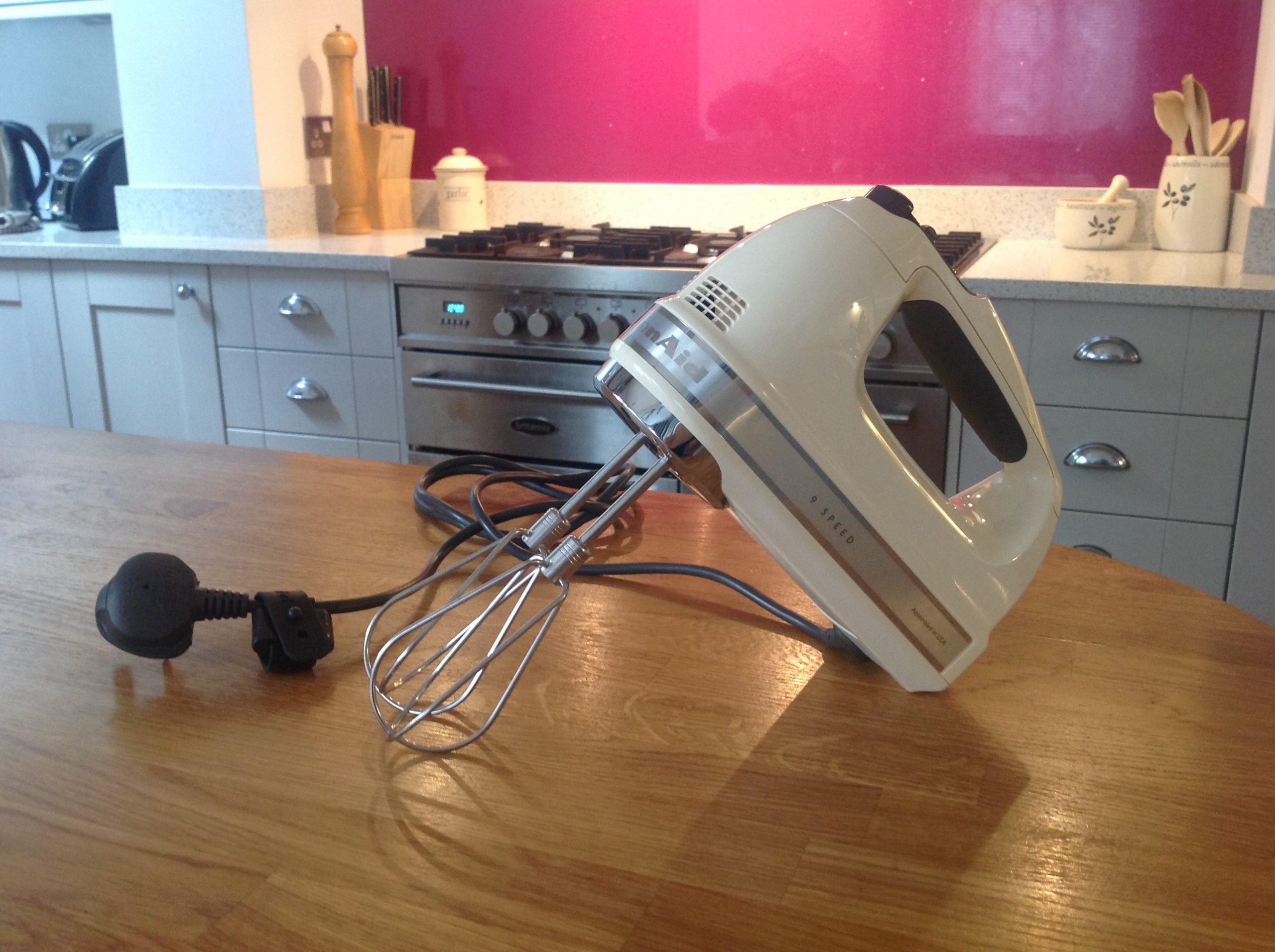 So, to the tape measure in the earlier picture; it’s not to do with measuring my waistline, which I’m pleased to report is gradually shrinking now that I’m a bit more mobile. I got it out to measure my left calf. When I came out of my plaster cast after my ankle surgery in January, my calf measured eleven and a half inches, against my right calf, which measures fifteen and a quarter. I’m delighted to report that after almost five months of pretty intense physiotherapy (it usually takes at least an hour every other day) plus my Aeropilates workouts and treadmill walks, it now measures thirteen and a quarter inches. 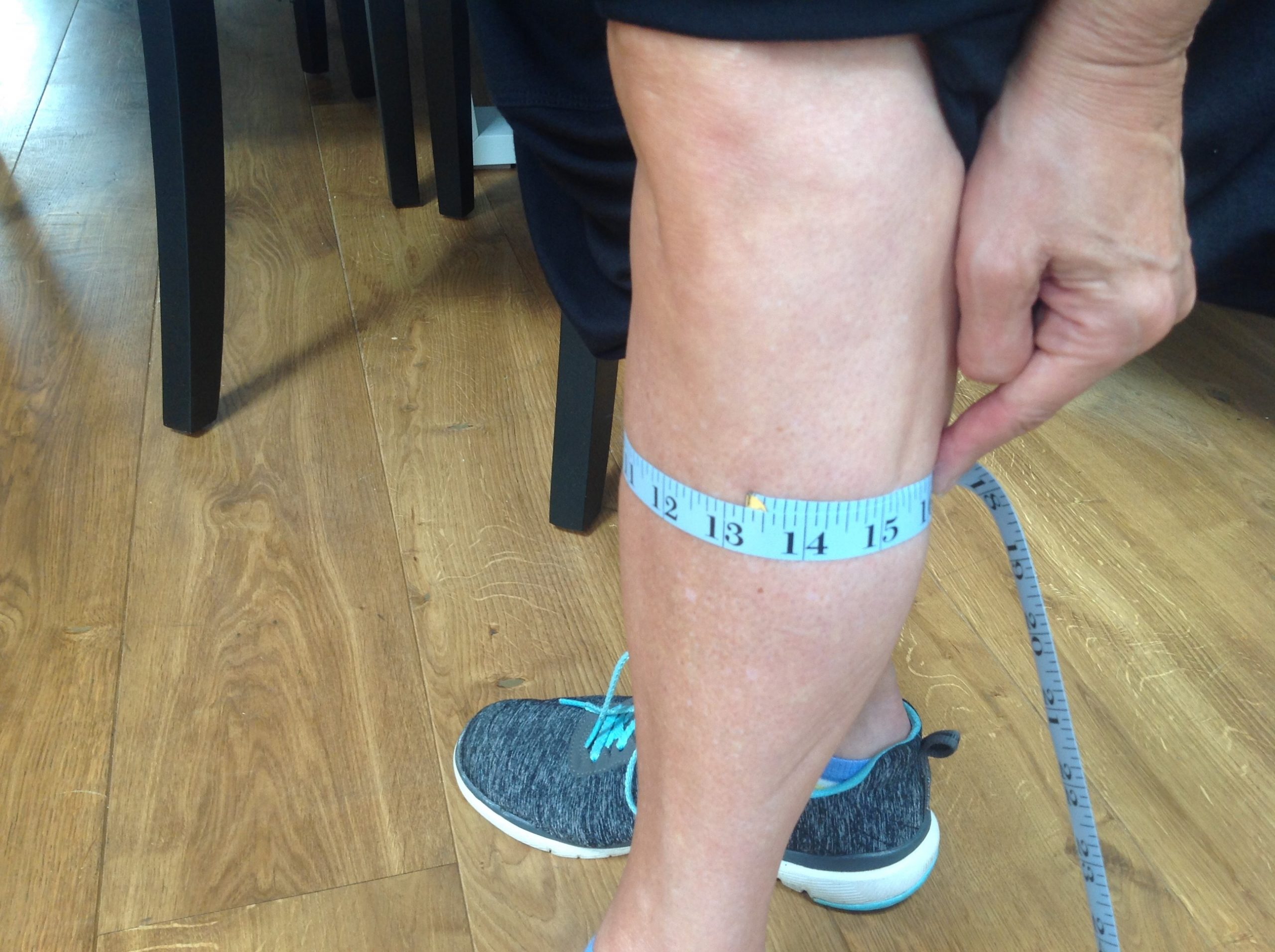 We have been working on strengthening the whole left side of my body from the waist down and I must say there has been a huge improvement. I still have about a year of heavy-duty physio ahead of me but seeing this level of result is incredibly encouraging.

I’m taking a few more days of annual leave next week as I still have about 25,000 words of my next novel to write to meet my end of July deadline, so my last shift until 30th July will be my two-hour Diamonique show on Monday afternoon. It’s the start of the three-day Diamonique mini event at 2 p.m. each day; it will be Jackie hosting on Tuesday and Dale on Wednesday, so do tune in on one (or all) of the days if you love a bit of sparkle.

I’ll see you on air later today for Fashion on Friday, and following my successful experiment of simulcasting on Instagram (juliagroberts) and my Facebook Page (JuliaRobertsTV), I’ll be reading part two of Carol’s Singing tonight at 8 p.m.

Have a great weekend.
Much love,
Julia xx