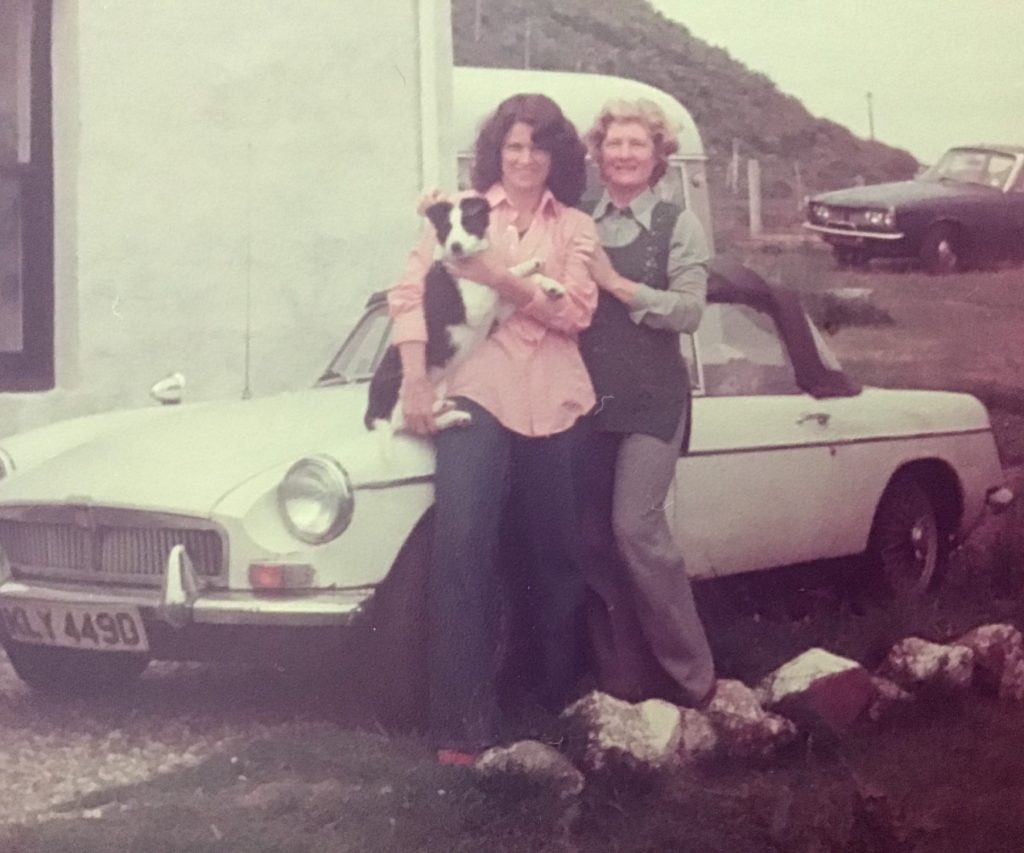 Today is my mum’s birthday… she is ninety-five years old, and I don’t know about you, but I think that is quite remarkable. She is incredibly agile and upright which is probably the result of being a dancing teacher into her nineties, and her mind is still as sharp as a pin. What is even more incredible is that she survived breast cancer in her seventies and a particularly nasty bout of shingles, which still causes her discomfort on occasion. She is a great, great grandmother and still lives independently in her own home, albeit with an army of ‘helpers’. 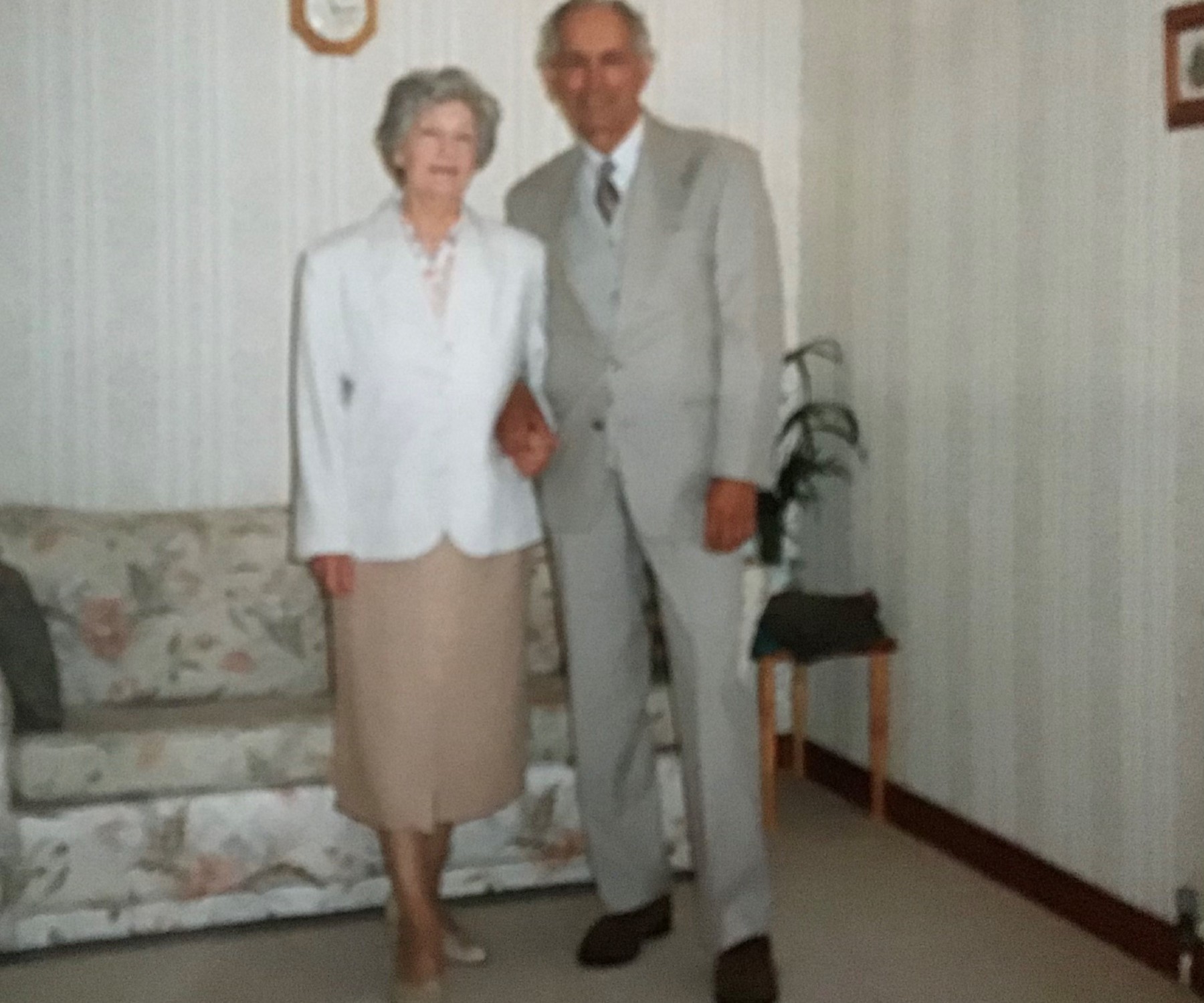 The photo at the top of this blog was taken over forty years ago when she and my dad, pictured with her above, were going to a fancy ‘lunch do’, having gone to live on a croft on the Isle of Skye, before eventually returning to Nottinghamshire via Lincolnshire. It’s quite mind boggling to think of the things she has experienced in her ninety-five years, and I love listening to her stories of growing up during the Second World War, and how she met my dad at a dance at the Nottingham Palais.

She doesn’t travel so much anymore, although she still drives in her local area, but we have managed to persuade her to come and stay with us for a week from next weekend, along with my mother-in-law, Audrey. Neither of them were able to attend Chris’ and my wedding in Mauritius almost two years ago, and the first anniversary ‘get together’ plans were scuppered due to Covid, so we are going to have a ‘second wedding anniversary’ small family gathering. I can’t wait to have them both here, particularly as they speak to each other regularly on the phone.

In honour of having them here to stay, Chris and I have been busy with the paint rollers and brushes again. We have repainted our son’s old room in a light sage green, which I think is a lovely tranquil colour. 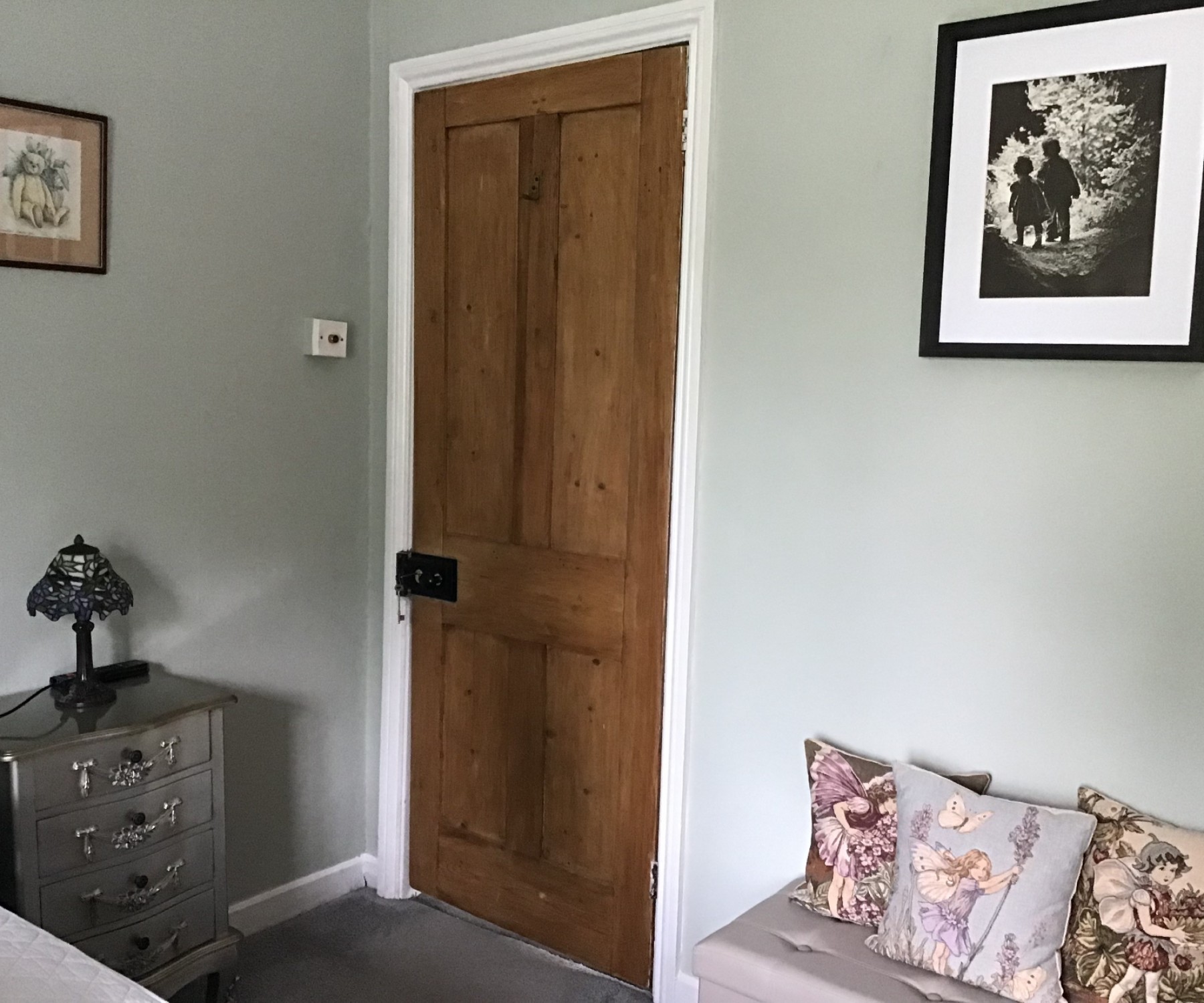 We will be doing the other bedroom in duck-egg blue but, unfortunately, we don’t have time before their visit. I’m not too sure what either of them will make of the dark walls in the family room, but I’m pretty sure they will love sitting in there, looking out on the garden and watching the birds feast on the Grumpy Gardener Fat Balls, while breathing in the heady aroma of my Richard Jackson lilies. 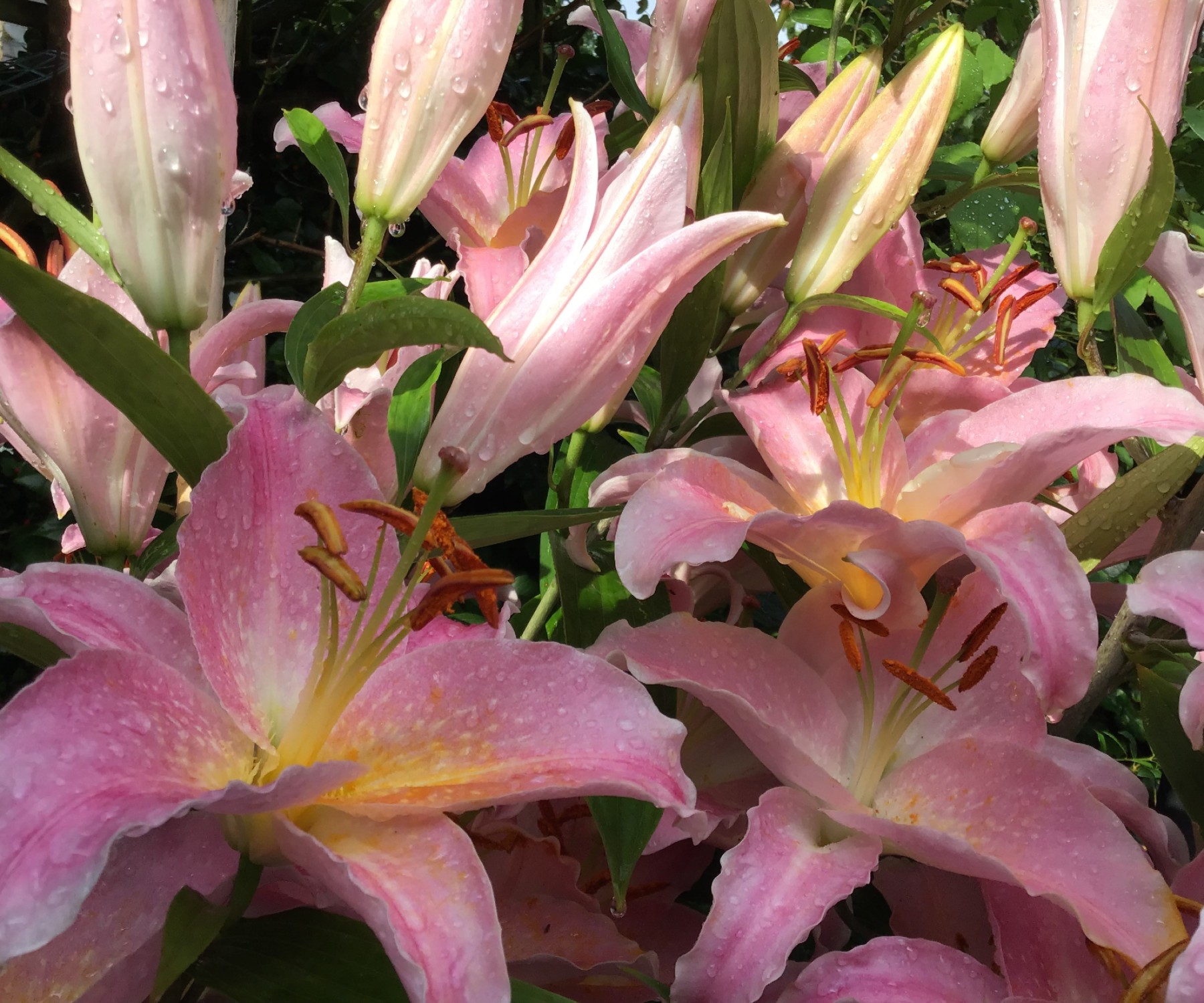 I took this photograph on Monday after it had rained – aren’t the phones on cameras amazing these days in terms of quality! The whole garden was already very colourful, but yesterday I added my two new hydrangeas, one in red and one a purply-blue colour. Those of you who know me well know that they are my football team’s colours of course, and it’s hard to believe the new season kicks off on Saturday. Unfortunately, I’m live on air for most of Crystal Palace’s opening game against Chelsea, but it’s probably a good thing, as we let a lot of our old players go this summer so Patrick Viera, our new manager, has a lot of rebuilding to do!!

Red and blue are also the colours of my latest book cover. It’s publication day for The Woman on the Beach next Thursday 19th – it seems to have come around really quickly. I’ll be doing some publication day stuff on my Facebook page and my Instagram, including reading the opening couple of chapters if you’re interested. It’s funny, because I interpret them completely differently from the fabulous actress, Clare Kissane, who has narrated the audiobook brilliantly! 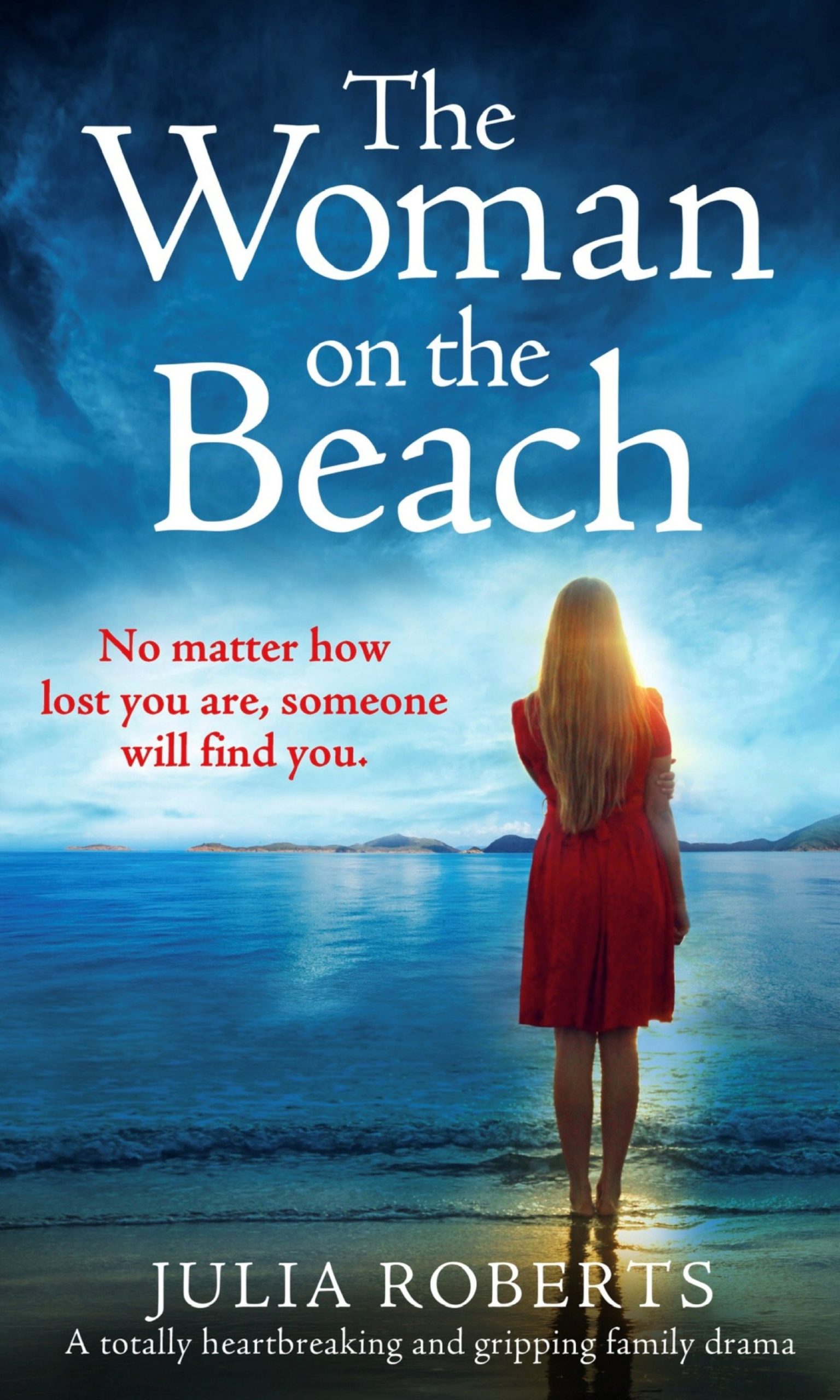 Speaking of actresses, the lovely Kerrie Farrell, aka Kerrie Taylor, was my guest on Permission to Pry on my Instagram Live last Friday. She is very well known for her roles in Hollyoaks and Where the Heart Is, but when I asked her to tell us something we don’t know about her, she said she collects hearts. This is particularly weird as I found this heart, which I have never seen before, on top of the electric box to the gym at the bottom of my garden, just the day before… spooky! 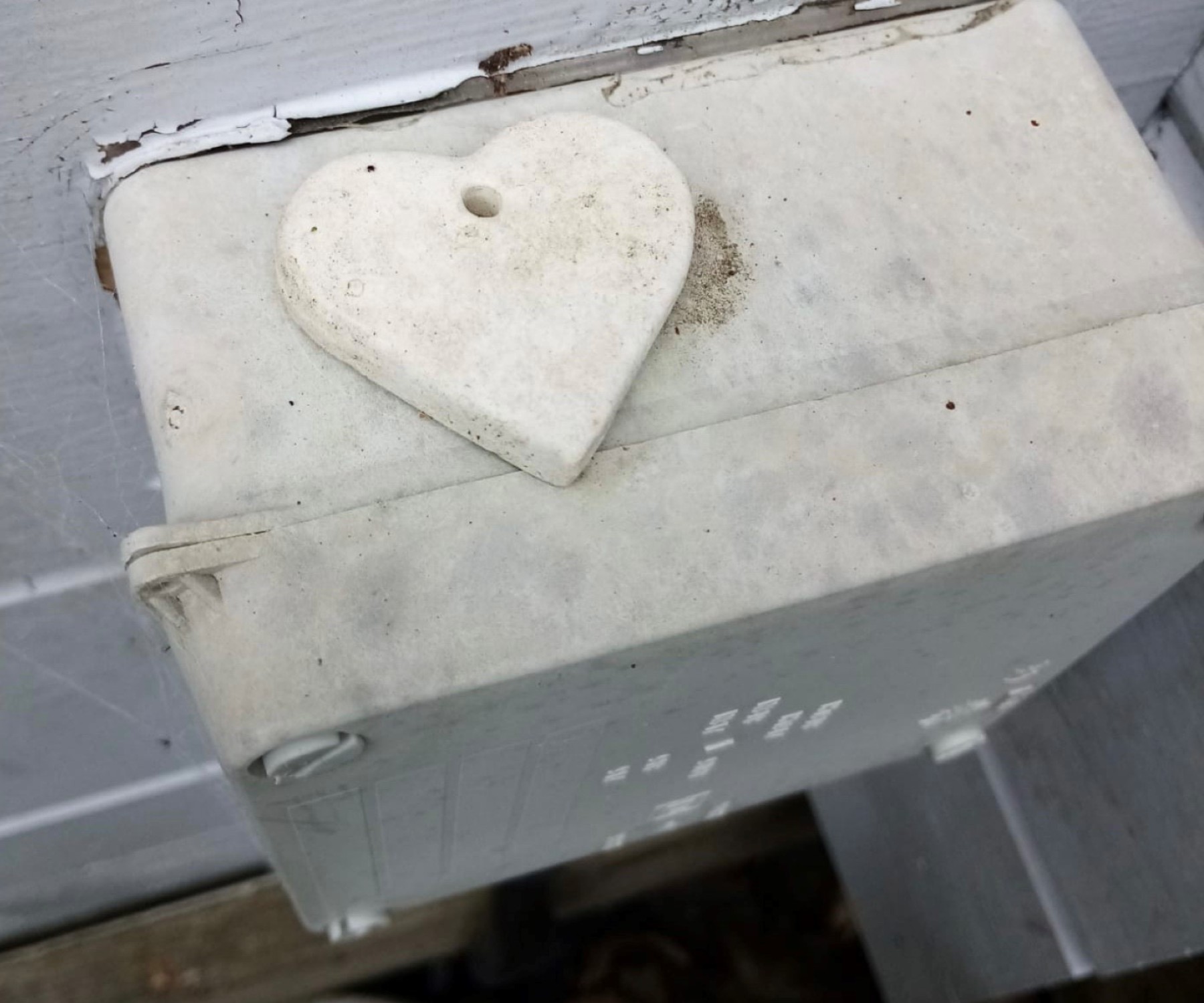 This week’s guest is the fabulous June who heads up the Make-up Junkies team. They do our hair and make-up for on air at QVC, but they are soooo much more than that. They often take the photos that we post on social media. In fact, this photo, which was my first ever on Instagram when I joined five years ago, was taken by June in the QVC make-up room. 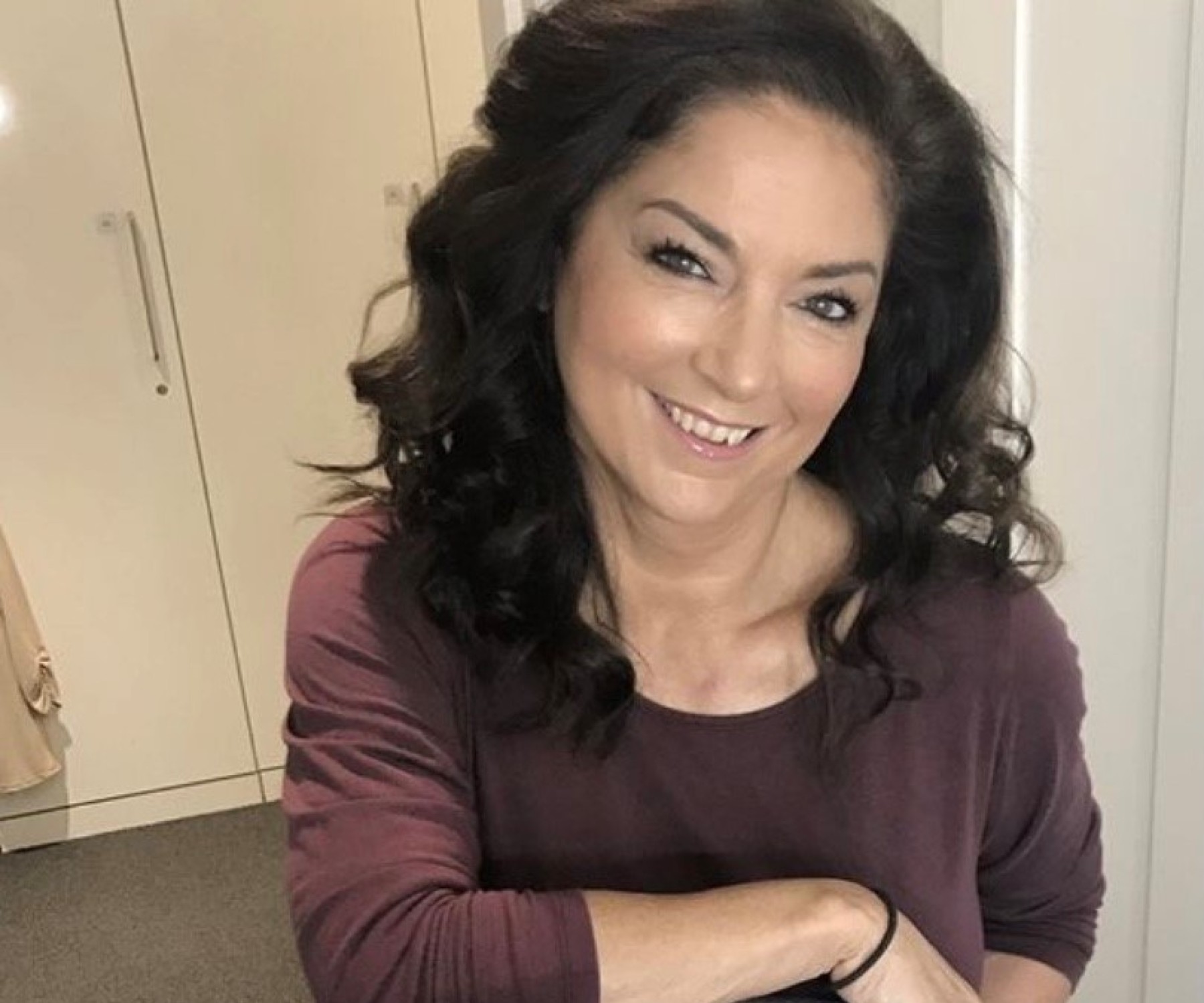 All of the girls on the team are great listeners too, although when June and I get together neither of us can get a word in edgeways, so tomorrow’s ‘natter’ should be pretty full-on! I’m really interested to hear about some of the ‘famous’ faces she has done, one of whom is Andi Peters – she didn’t have a lot to do on the recent series of Saturday Night Takeaway though, as he spent most of his time inside a plastic bubble if I recall correctly. Do remember, if you miss the live at 11am on Friday mornings, all the videos can be found by tapping the middle icon above my picture grid.

Well, it’s almost time for me to head into work for a triple helping of fashion today! Then tomorrow I have an hour of Skinsense with Abi Cleeve at kick-off time… sorry, I mean 3pm… followed by two sparkly hours of Diamonique with the debonair Mark Walker, who I haven’t seen in the longest time.

It’s a quick turnaround for me as I’m back on air on Sunday morning at 11am for an hour of In the Salon with SBC, which will feature this fab Today’s Special Value offer. 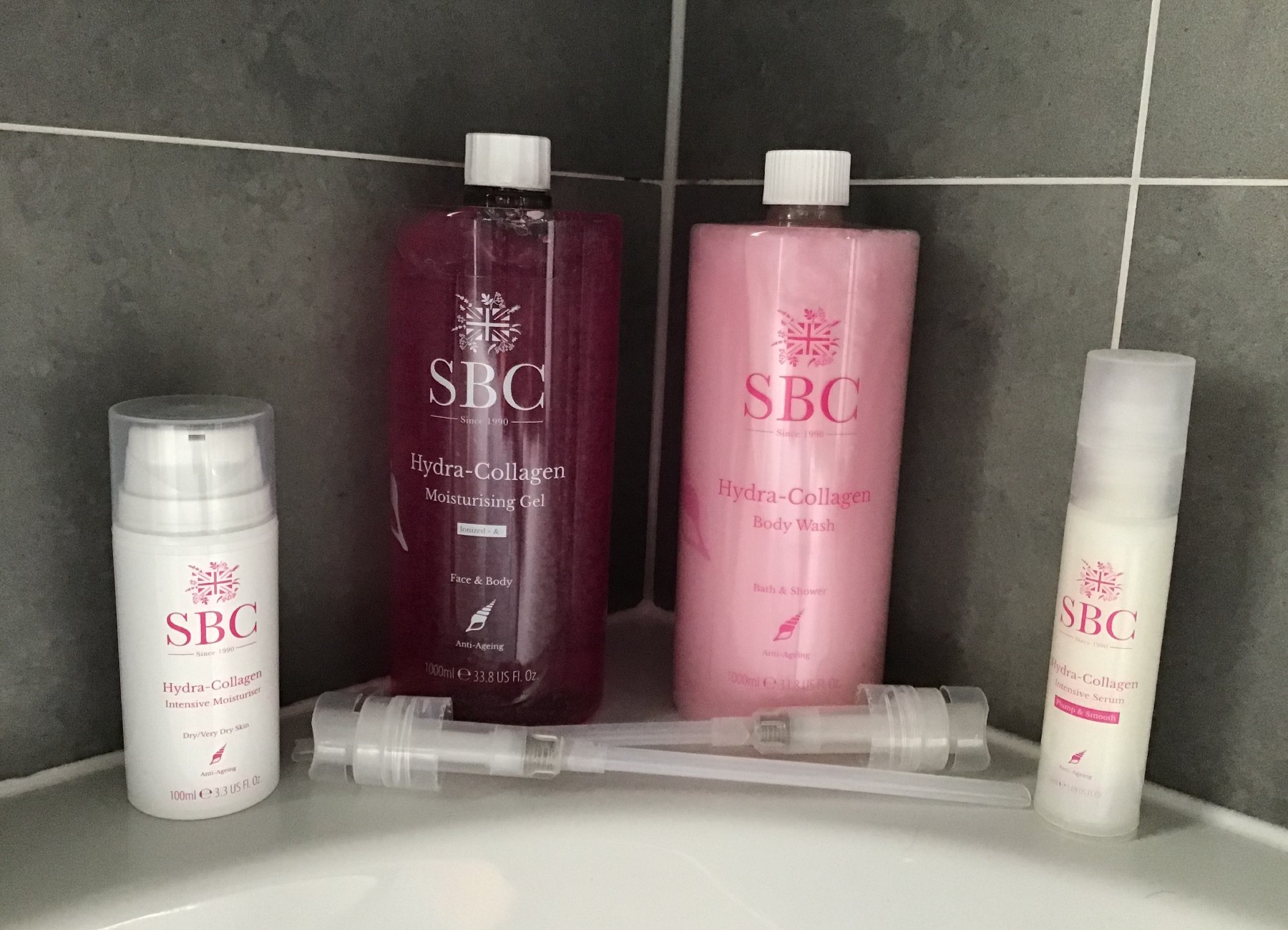 If you haven’t tried the SBC bathing and showering products, I can highly recommend them from personal experience and SBC is a very affordable way to get collagen products onto your skin, when some brands are a little price prohibitive. The gels are also a non-greasy form of application, particularly if the weather hots up again as the forecasters keep telling us it will.

Sunshine or not, have a great weekend.