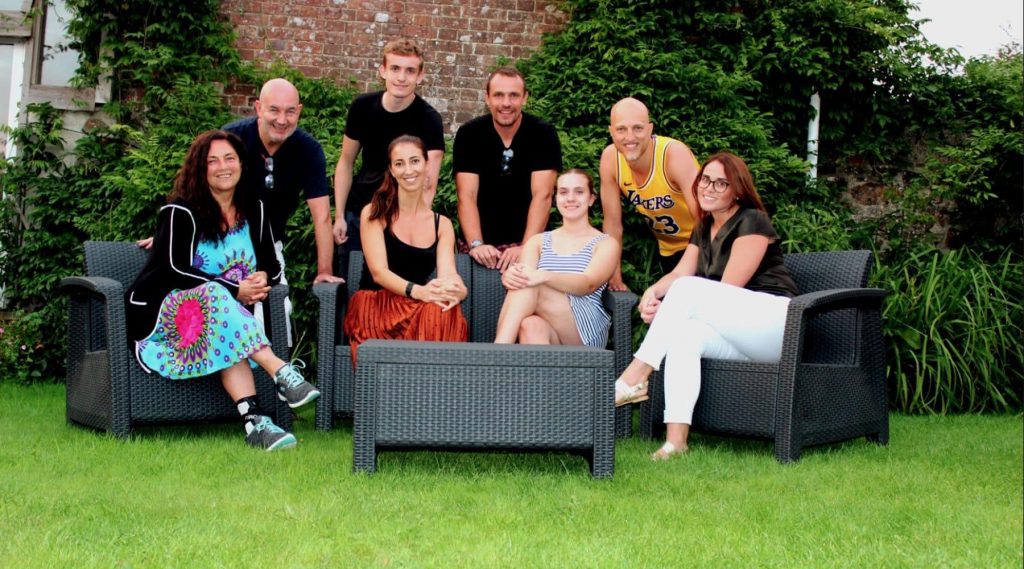 It seems so much longer than two weeks since I last wrote a blog, but that’s because I’ve packed a lot in over the past fortnight, some of which has been time spent in Devon with my family. We were supposed to be going to Spain to stay in a villa, which we booked in January, but I cancelled that back in March for obvious reasons.

As we’d all booked time off work, we decided to do a family holiday anyway and were looking for somewhere big enough to accommodate us all in Devon or Cornwall, when Debs Flint told me she was going to be renting her house out as the writer’s retreats are ‘on hold’ at the moment. I’ve stayed before, so knew the house and the area, and when I showed the family pictures of her 16th century thatched home, which is quirky and packed with history, they were all up for it.

My son, Dan, and his girlfriend, Katie, arrived on the Saturday and did a bit of exploring before Chris and I arrived on the Monday. They weren’t blessed with the best weather but that didn’t stop them driving out to the coast. This was taken in Clovelly, a very picturesque seaside village not too far away. 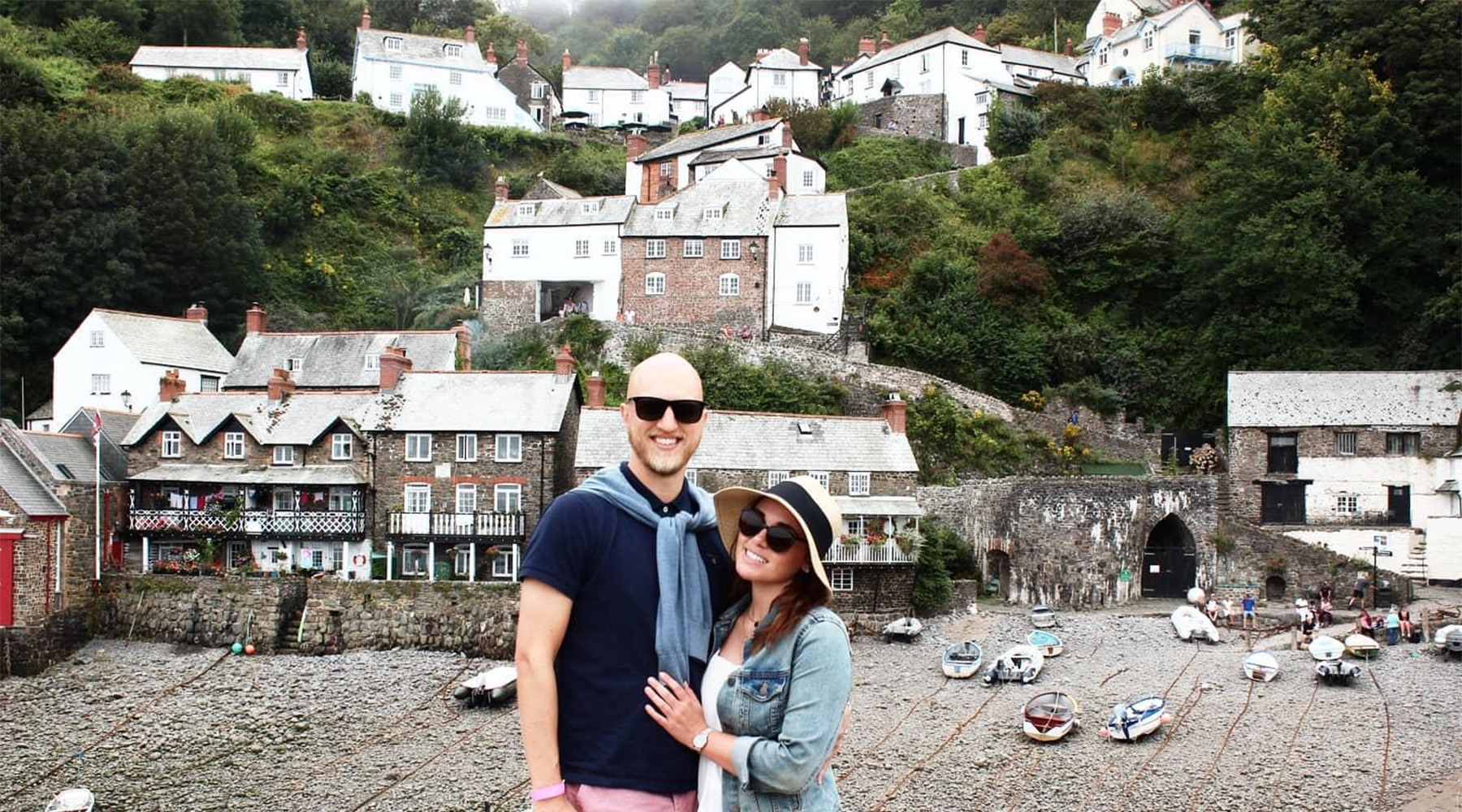 I had been writing for my next novel up until the last minute on Monday, but in the end had to concede defeat and send in my first draft with the final couple of chapters in note form, rather than fully ‘fleshed out’. I have a very understanding editor, and fortunately she loves the story – phew!!

Sophie and her ‘bubble’ arrived late on Thursday evening, so we had three days together as a group, dining al fresco and playing Jenga, Articulate and 5 Second Rule with very little TV watched, which made a nice change, even though Debs has a barn room that is part-TV lounge and part-gym.

Sophie, Katie and I made good use of the gym-part of the room though. Katie does yoga every morning, I do Pilates (Debs has an Aeropilates machine) and Sophie does more aerobic stuff. I particularly liked being able to tell Alexa to play music while I was working out, so much so that I’m now thinking of getting an Alexa, having previously resisted!

Dan and Katie had treated us to lunch at a place called The Olive Tree in Bude, about forty minutes drive from Debbie’s, where this photo was taken. We liked the food so much that we took Sophie and her family there and were treated again – can’t be bad!! 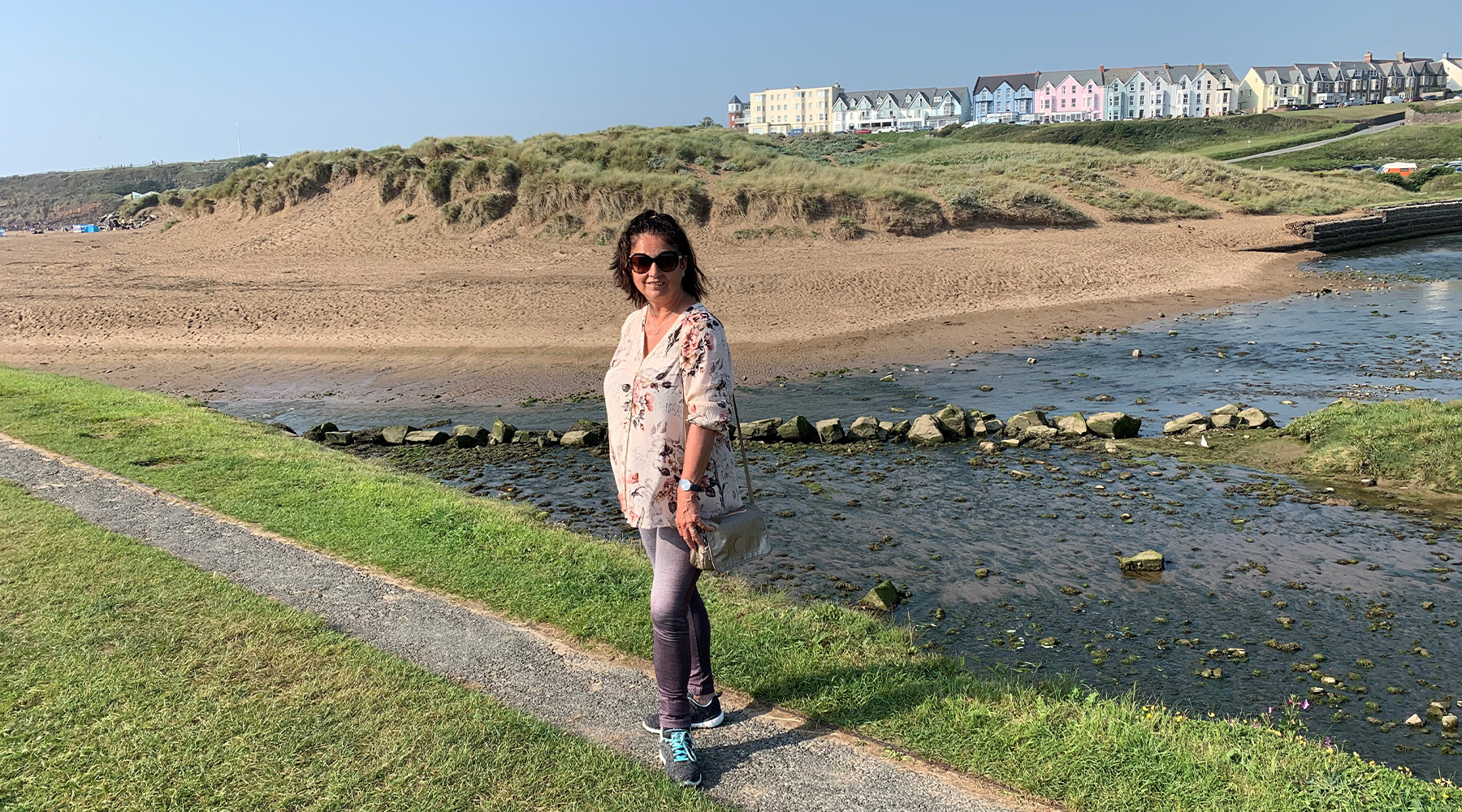 Dan and Katie returned home on the Sunday, and Chris and I went for a little trip of exploration and discovered a small village near Bideford called Instow. We went back there two days later with ‘the gang’ for a yummy cream tea. Well, you have to have at least one when you’re in that part of the world! 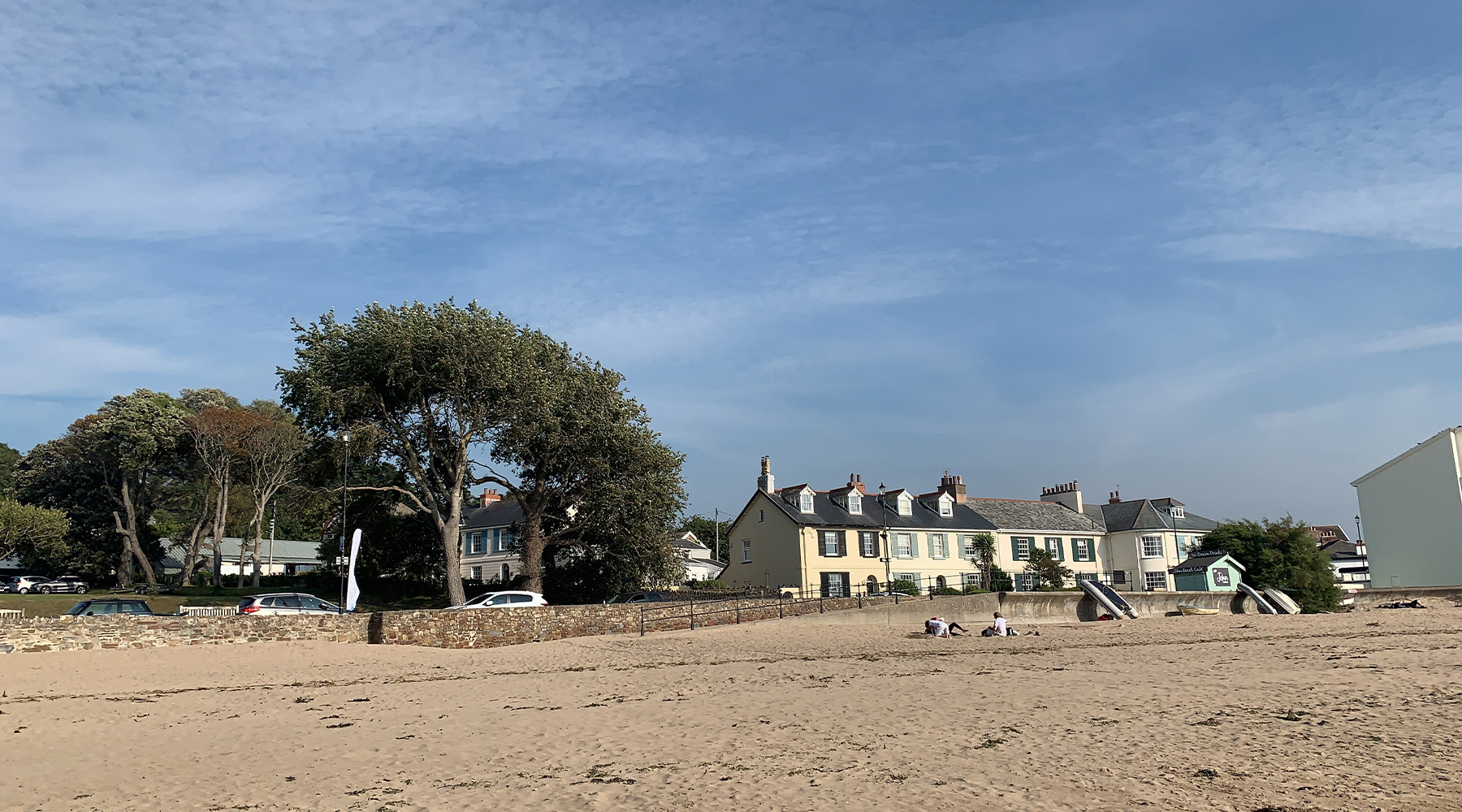 We left on Wednesday and drove back most of the three and a half hour journey with the roof off my car, which made the heat (at times 36 degrees) much more bearable – we were both wearing Ultrasun, of course. About half an hour from home, we spotted some clouds up ahead and then some forked lightning, so we stopped to put the roof on. What a good job we did, as less than five minutes later we were driving through this torrential downpour!!

We had similar weather to contend with when we drove up to Nottingham to help my mum celebrate her 94th birthday, although there was very little rain in Cotgrave, where she lives. We enjoyed a picnic-style lunch and it was so good to actually see her – the first time since she stayed at ours for Christmas. I know she’s my mum, but how incredible does she look for her age – so upright, and as sharp as a pin. 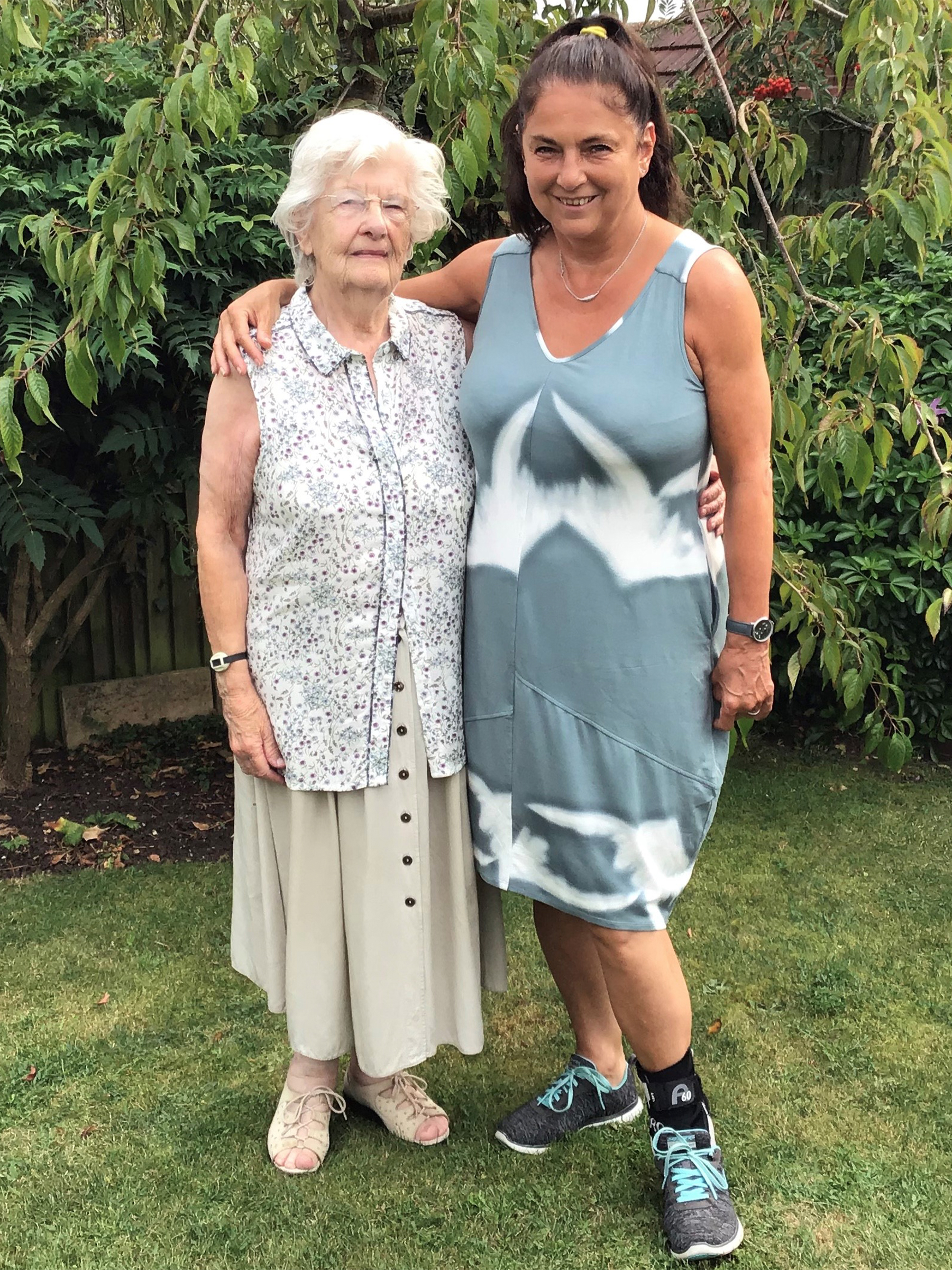 Well, that’s my summer holiday over, although I do have more annual leave that I have to take before the end of September, so I will have a couple more absences from QVC. I’m back today though for our two-day fashion event. A couple of weeks ago, Jackie Kabler and I had some photos taken wearing some of the lines that will be featuring. Funnily enough, we were chatting about it afterwards and both agreed that we’re not natural models, although Jackie has the height and build for it of course. This is Saturday’s Ruth Langsford jumpsuit Today’s Special Value, which comes in a variety of prints and block colours. 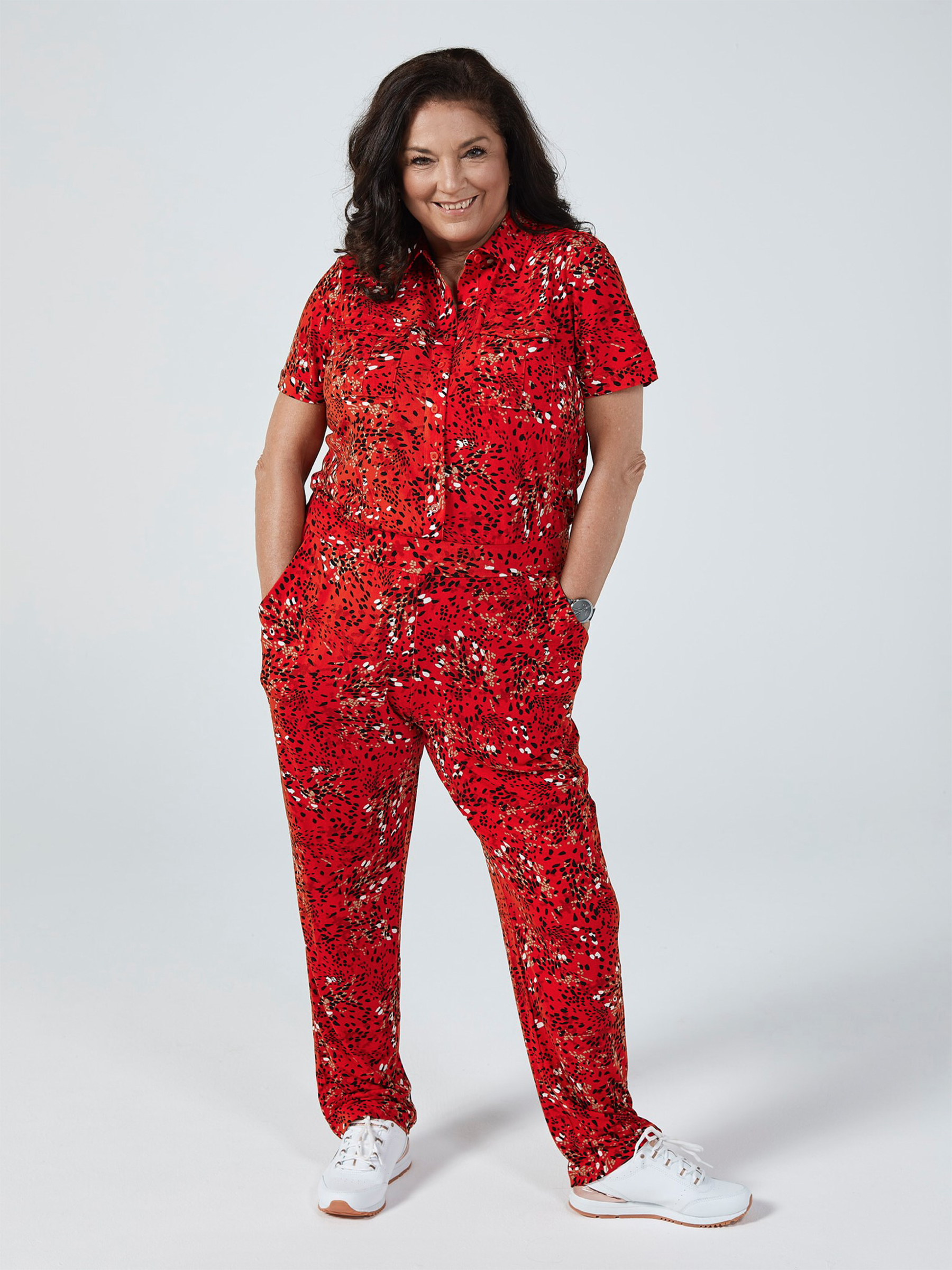 This was probably my favourite picture from the shoot though, wearing a Nina Leonard dress with a WULI:LUU by Gok Wan jacket draped over the sofa – thanks to our stylist Stine for putting the outfits together. 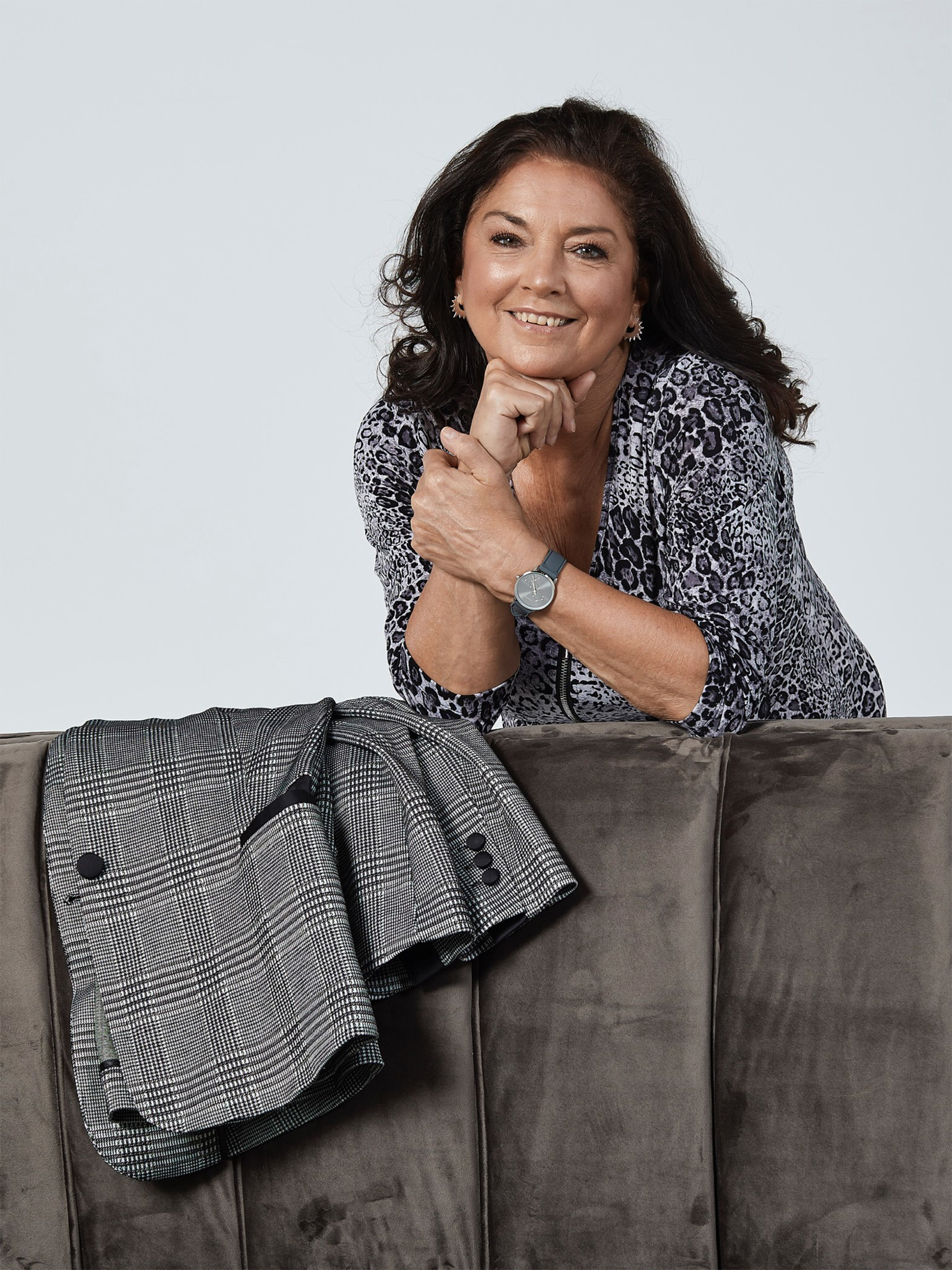 So, fashion today and tomorrow, then I have two hours of Butler & Wilson from 5pm on Sunday, as he continues to celebrate his 25th anniversary of being at QVC – it will be the first time I’ve actually ‘seen’ him this year and I’m really looking forward to it.

I must dash, as I’m sitting here with a Philip Kingsley Elasticizer treatment on my hair, so I need to go and shower, but before I finish I wanted to give you a heads up if, like me, your eye sight is not quite as good as it used to be. On Monday, we have a really clever TSV of four pens (individually boxed) that have a magnifying window and a very bright LED light… perfect for reading small print in bad lighting!! 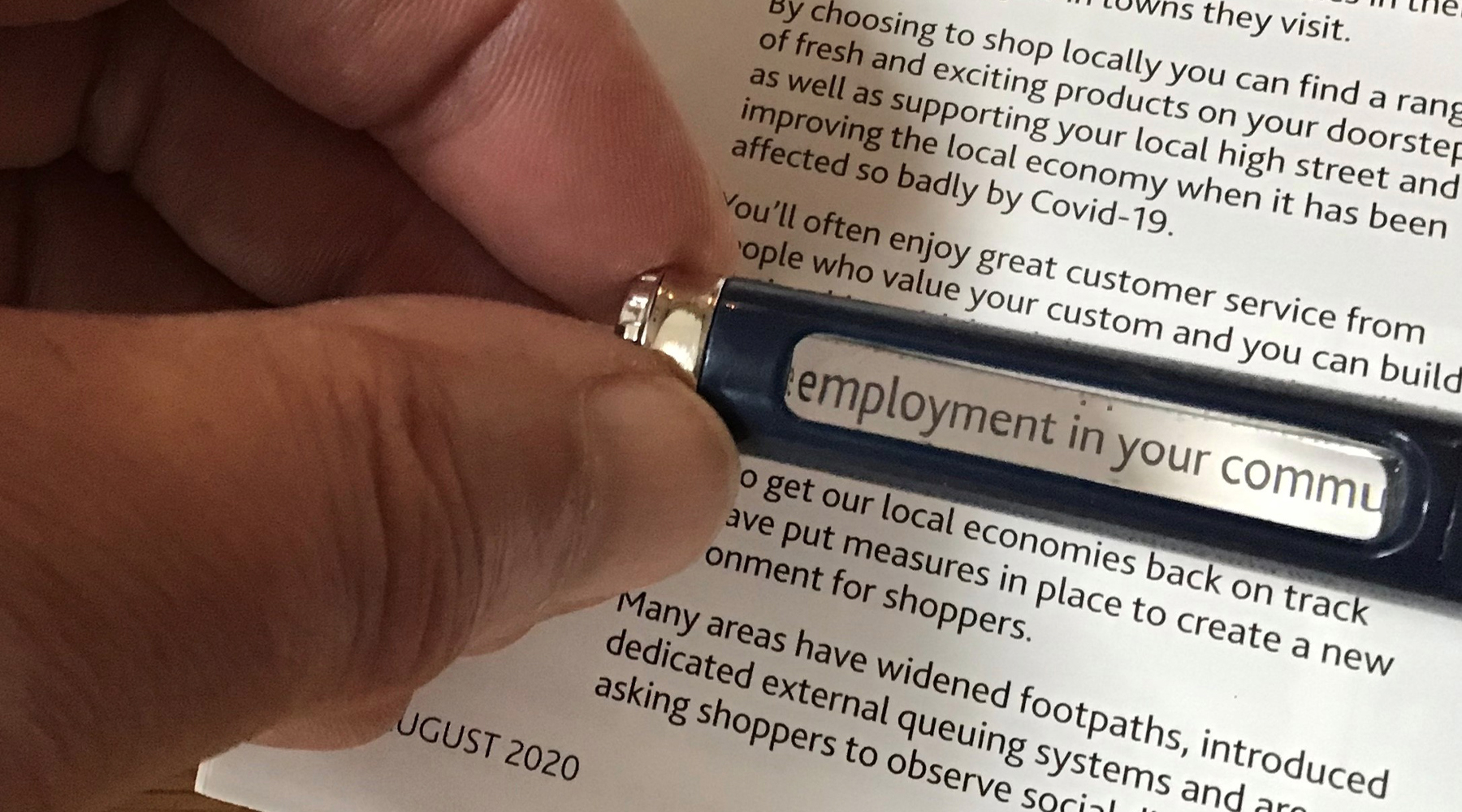 And finally, while I was away, my lilies sprang into flower – I knew they would!!! At least they are still in flower for me to enjoy looking at and the aroma is sweet and pungent – thank you Richard Jackson. 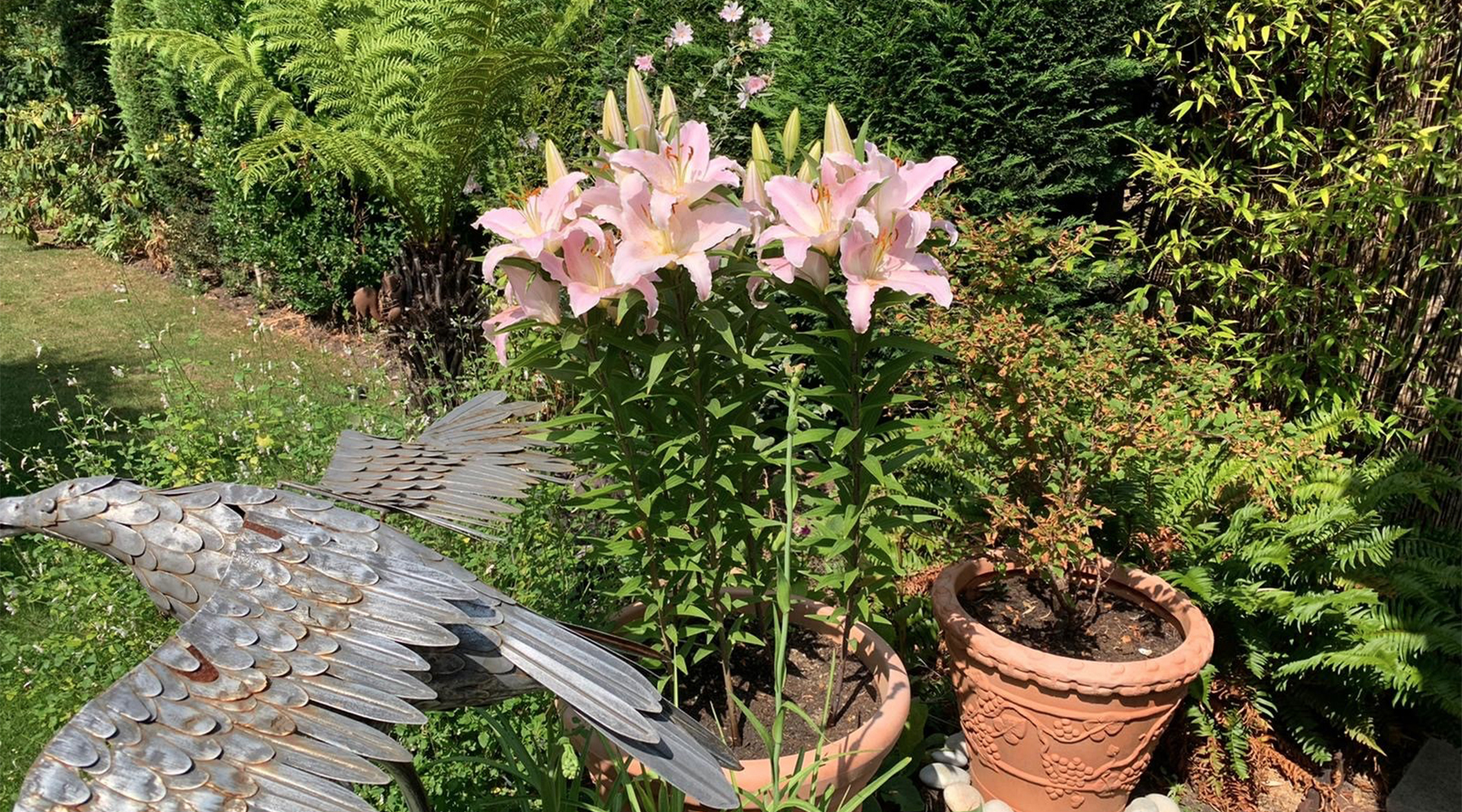 Enjoy your weekend, in sunshine or rain,