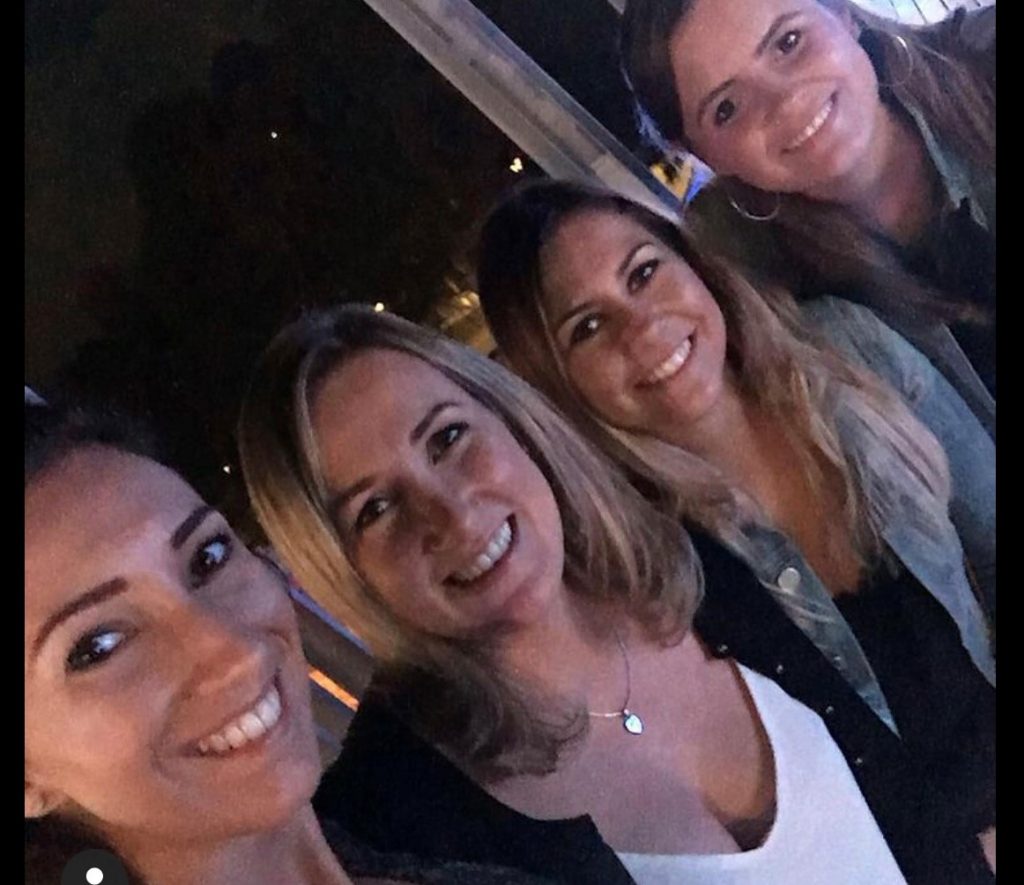 This is a photo of my daughter, Sophie and three of her friends from senior school. Tomorrow, the one in the white top, Nicky is finally getting married after having to postpone her wedding from June last year, and it’s been a bit touch and go with the restrictions this year, but happily is all going ahead. Sophie is her Maid of Honour and Chris and I have been invited to the ceremony. All we need now is some fine weather; it doesn’t have to be hot, not even sunny, just not cold and rainy like we’ve had of late. We visited Chris’s mum in Lincolnshire on Monday, and she had the heating on!!! To be honest, we’ve been tempted but have managed to resist so far.

Unfortunately, one of the girls pictured won’t be able to attend because she currently lives in Australia and they are subject to strict Covid regulations. The other three girls went out there to visit her in 2017 shortly before Sophie met her partner Reece. Nicky and Sophie have been friends since junior school and in fact the title of this blog is a line from my upcoming book, The Woman on the Beach, and their friendship was in part the inspiration for the basis of the story.

Talking of my book, it was made available to NetGalley members earlier this week. They can request an electronic copy to read in return for an honest review. It’s always a nerve-wracking time when a book is seen for the first time by readers who have not been involved in any of the editorial stages. As a writer, you have no idea if people are going to like the story or the way it is written until you start to receive feedback. Thankfully, the first review is a five star, so fingers crossed it will be a story that others love too. I can’t believe it is out next month now that we’ve moved into July. In a quirky twist of fate (there are a few in my new book) Publication Day is the same as paperback publication for Jackie Kabler’s new book… quite a coincidence when you think there are 365 days a year to choose from! 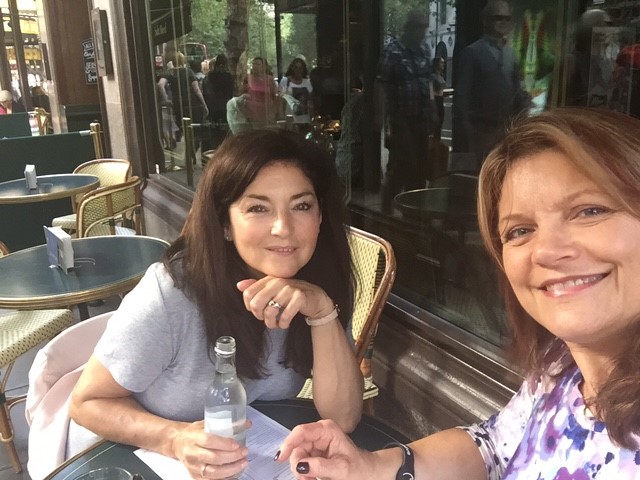 Still on the subject of ‘old’ friends, my Permission to Pry, live on my Instagram @juliagroberts last Friday, was with my pal of over thirty years, Debbie Flint. This photo of us was taken when she treated me to a theatre trip for my 60th birthday to see the Carole King musical, Beautiful, which was fab. We had a really lovely chat, at times forgetting that a few thousand people would be seeing it… it is still available to view, as are all the Permission to Pry chats that I’ve done so far if you are unable to join us live at 11am on a Friday morning. If you click on the middle icon above my photo grid on my Instagram you’ll see a fabulous line-up of QVC guests all talking very honestly about their lives off camera. If you’ve watched them, do leave a comment below and let me know which you’ve most enjoyed and do request others you’d like to see me chat with. 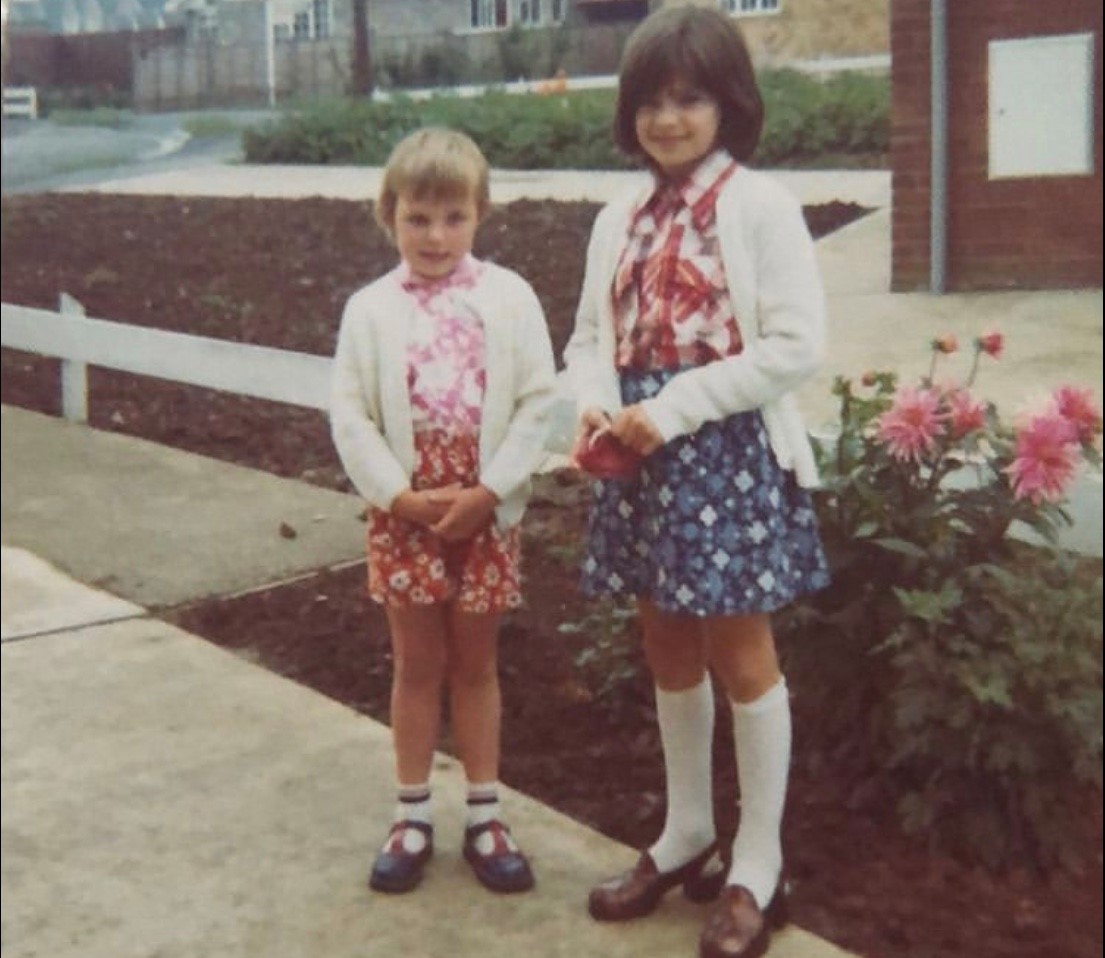 Today, I’m going to be with the young lady on the right in this photo – can you guess who it is? Here’s a clue; she may well be on air with me this Sunday as I have a couple of gardening shows! 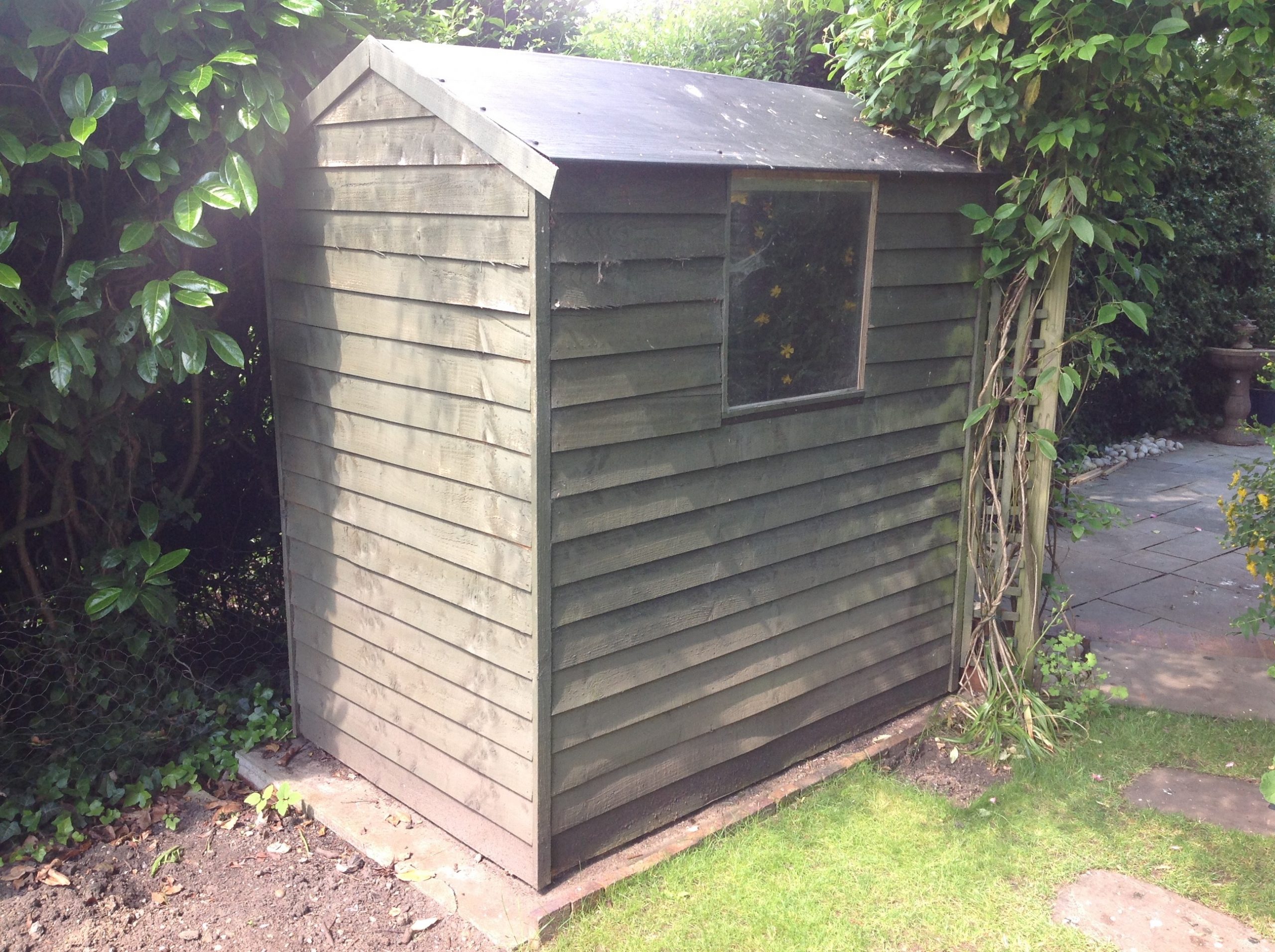 Speaking of Sunday, I was asked if I would like to try out the Today’s Special Value from Wagner, which is a universal paint sprayer. Unlike Catherine Huntley, I’m not really into DIY, although I am a dab hand with a paint brush and paint roller, but I’ve never tried applying paint in this manner. We’d been thinking about painting our garden shed as it was starting to look a bit ‘tired’ as you can see from the before pic.

I’m not going to claim that I applied all the masking tape, Chris did a very good job with that, but I did do the spraying as you can see from this short video. I had a little practise go on a sheet of lining paper and then got stuck in after reading the instructions thoroughly, of course. It isn’t super light but was not too heavy for this sixty-five-year-old, and clean up was an absolute doddle, much easier than cleaning rollers! 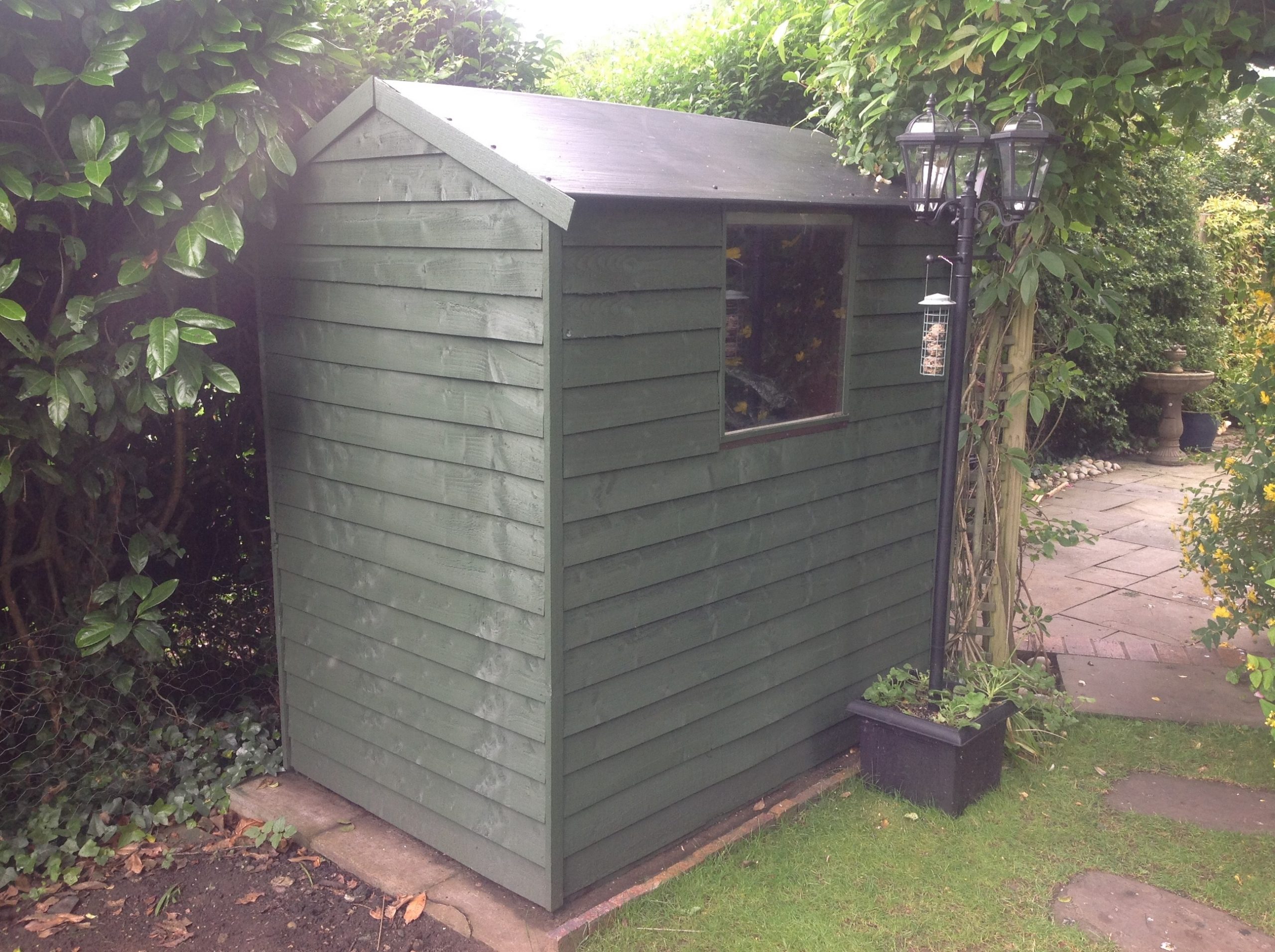 I’m really pleased with the result, particularly now that the lamppost is back in situ with the Grumpy Gardener fat balls suspended from it. And, once the shed was painted, I was able to plant out my Plants2Gardens runner beans. I had to rely on childhood memories for what to do with the canes, but I think I’ve done it right. I’m hoping for some yummy homegrown beans later in the summer. 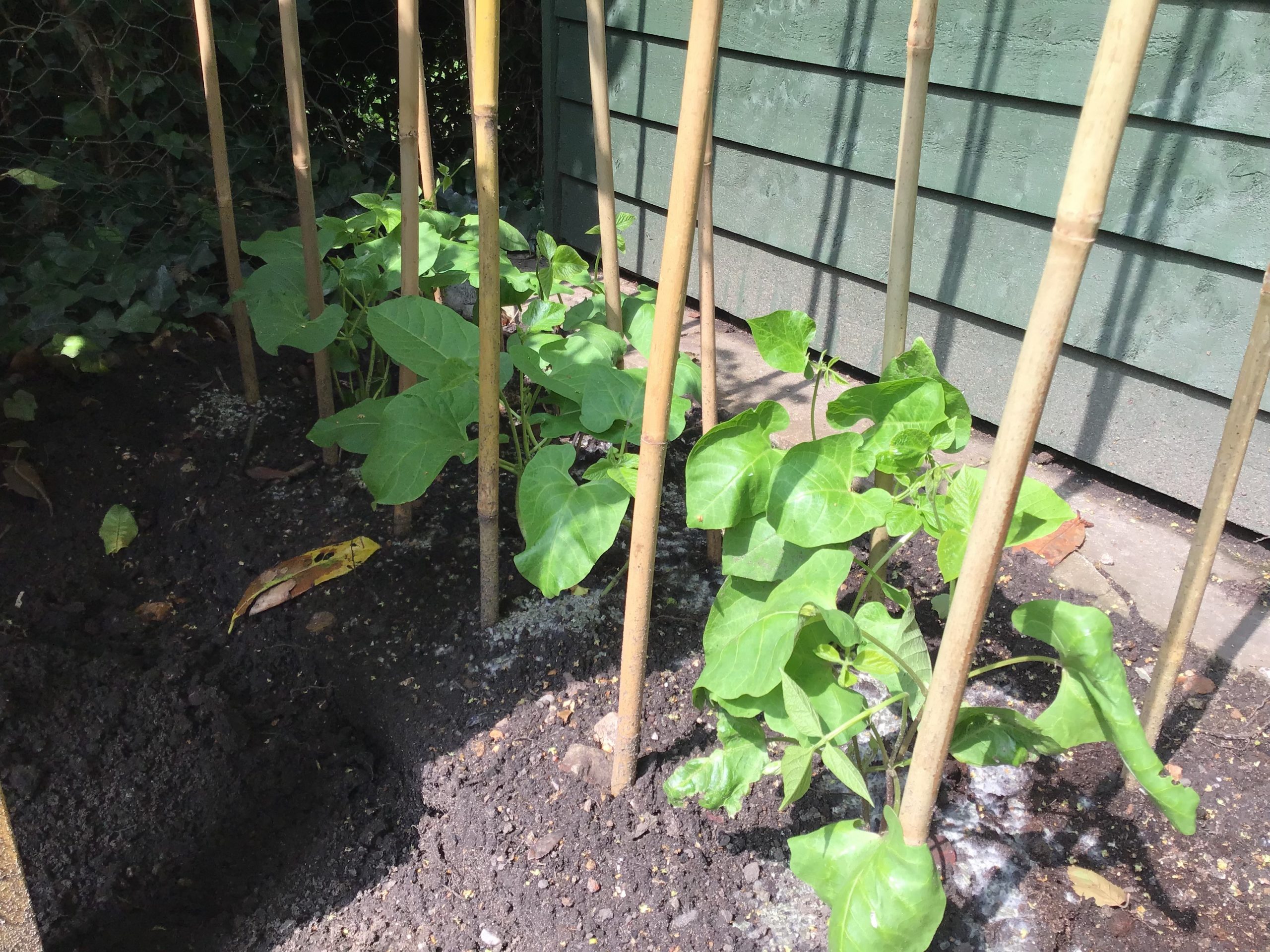 My other recent garden purchase from QVC was a pair of these garden chairs in sage green – they keep selling out, so these were on advanced orders. All I need now is some decent weather to sit outside and enjoy the garden, which is glorious this year… apparently there is a heat wave on the way. 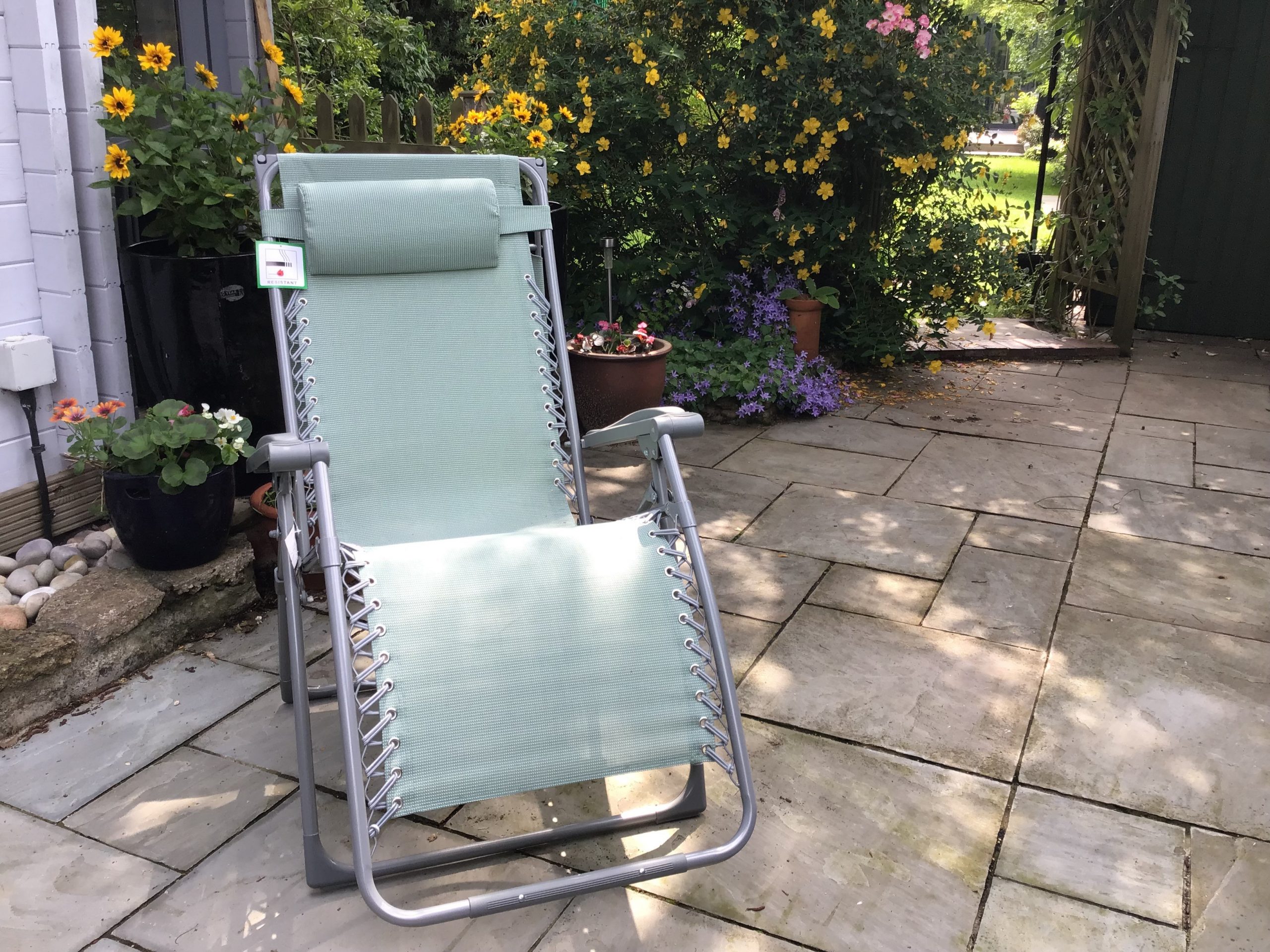 While I love a bit of sunshine, the same cannot necessarily be said for the puppies who have become members of our extended family recently. 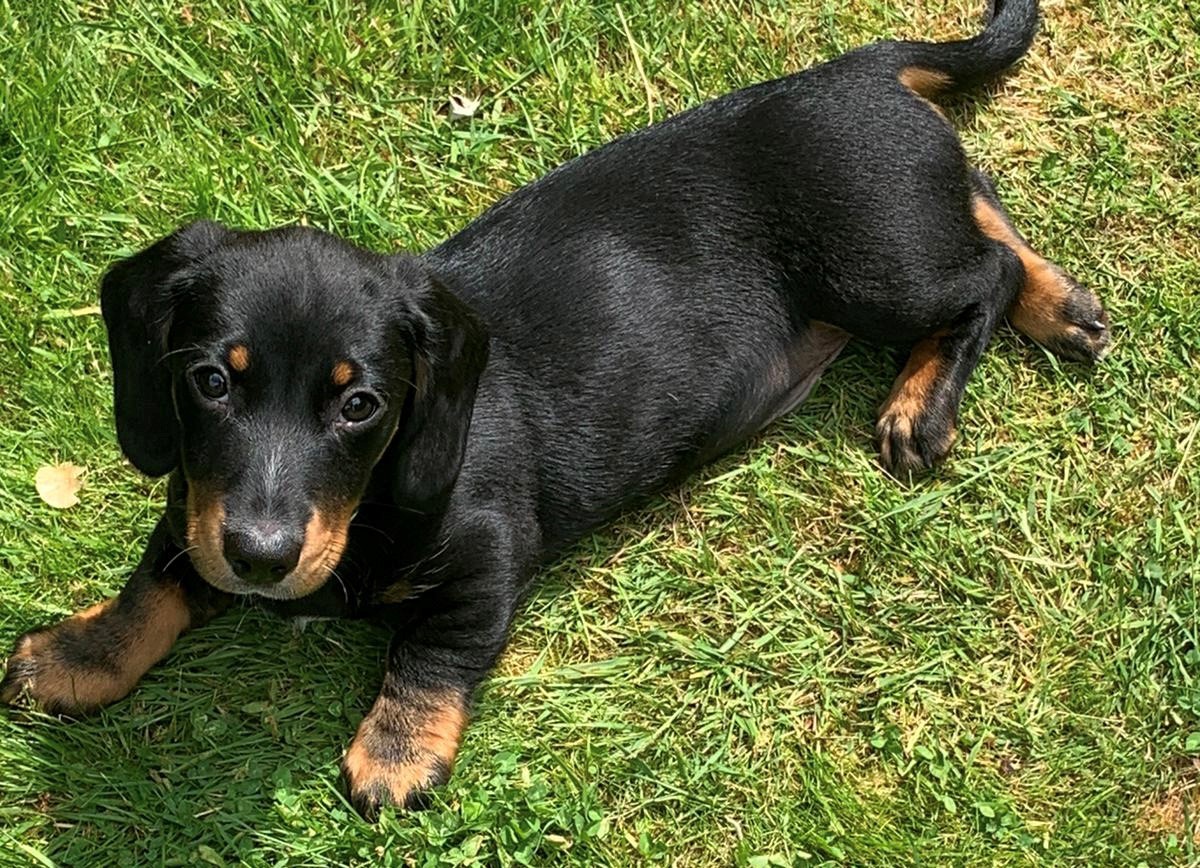 Quin, a Dachshund/Jack Russell cross joined Dan and Katie’s family two days after they moved into their new home, so he is now thirteen weeks old and is permitted to go for ‘walkies’ as he’s had his appropriate vaccinations. An aside; he is named after Harlequins rugby team, who Katie supports and who I hear did rather well last weekend! 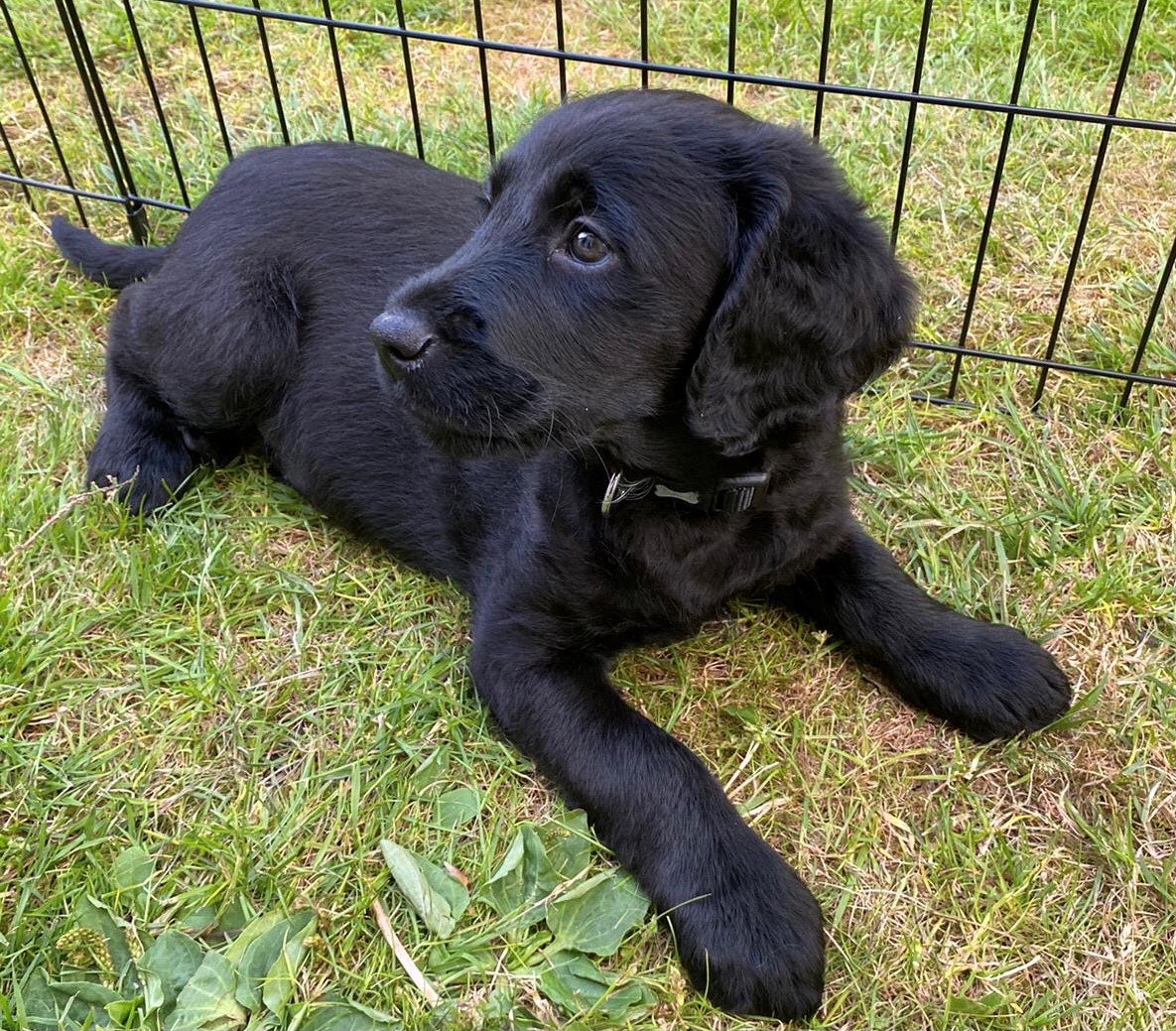 Baxter is Sophie and Reece’s new puppy and is three weeks younger. He is going to be a much bigger dog as he is a Labradoodle and definitely looks more Labrador than Poodle to me. Both puppies are getting on okay with the cats, Wilfie and Milo, although it’s not quite so friendly the other way around, especially when the puppies bark – early days.

Well, I need to finish as I have to get in to work for Jewellery Day – lots of sparkle and variety, including the Lola Rose Today’s Special Value. Don’t look too closely at my fingernails though, as there was a lot of nail-biting on Tuesday night when England took on Germany in the Euros… AND WON!!!! I just want to wish Gareth and the England team the very best of luck for however many more games they will get to play in this tournament. I’m immensely proud of our former Crystal Palace captain and all the players for giving us a much-needed ‘lift’.

Until next time.
Much love,
Julia xx