Menu
Stories > Presenters > Julia Roberts > I feel like a flamingo! 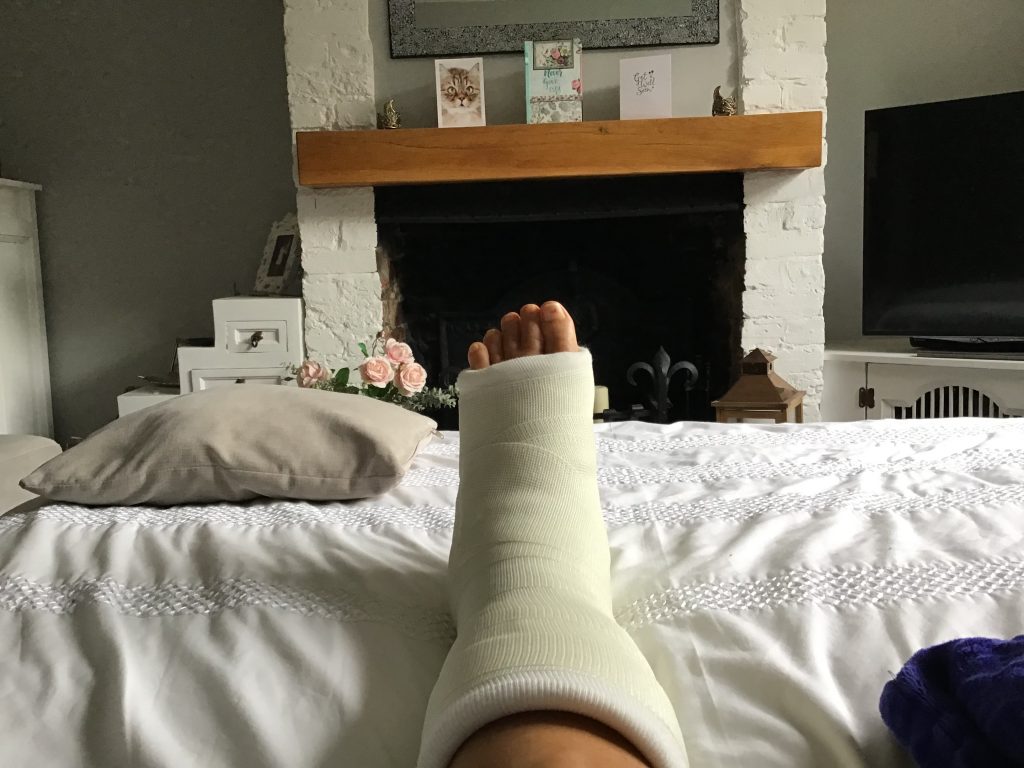 Well, as promised, here I am with a Friday blog, although it may be a little shorter than usual because a) I don’t have as much to write about as usual, having been housebound for the past week and b) my medication makes my brain a bit fuzzy and also makes me drowsy… I’m such a lightweight!

Firstly, thanks for all your good wishes for my operation and I will get around to replying soon, now that I’m starting to feel a bit more like my usual self. Also, apologies if you’ve had trouble finding our presenter blogs – we have had a little facelift and QCommunity no longer exists so you will find our blogs under ‘Stories’. However, there is a slight glitch at the moment and only the most recent six are showing – I’ve been told it’s being worked on so hopefully that should be sorted soon and you will be able to see everyone’s blogs as normal.

So, as planned, my ankle osteotomy went ahead last Wednesday, albeit slightly later in the day than scheduled and I woke up with the lower part of my left leg in a cast… hence the reference to feeling like a flamingo, constantly standing on one leg! I won’t bore you with details, but let’s just say the surgeon seemed satisfied with how things went, although he’ll reserve judgement until the cast comes off on Monday and he is able to have a look at things. 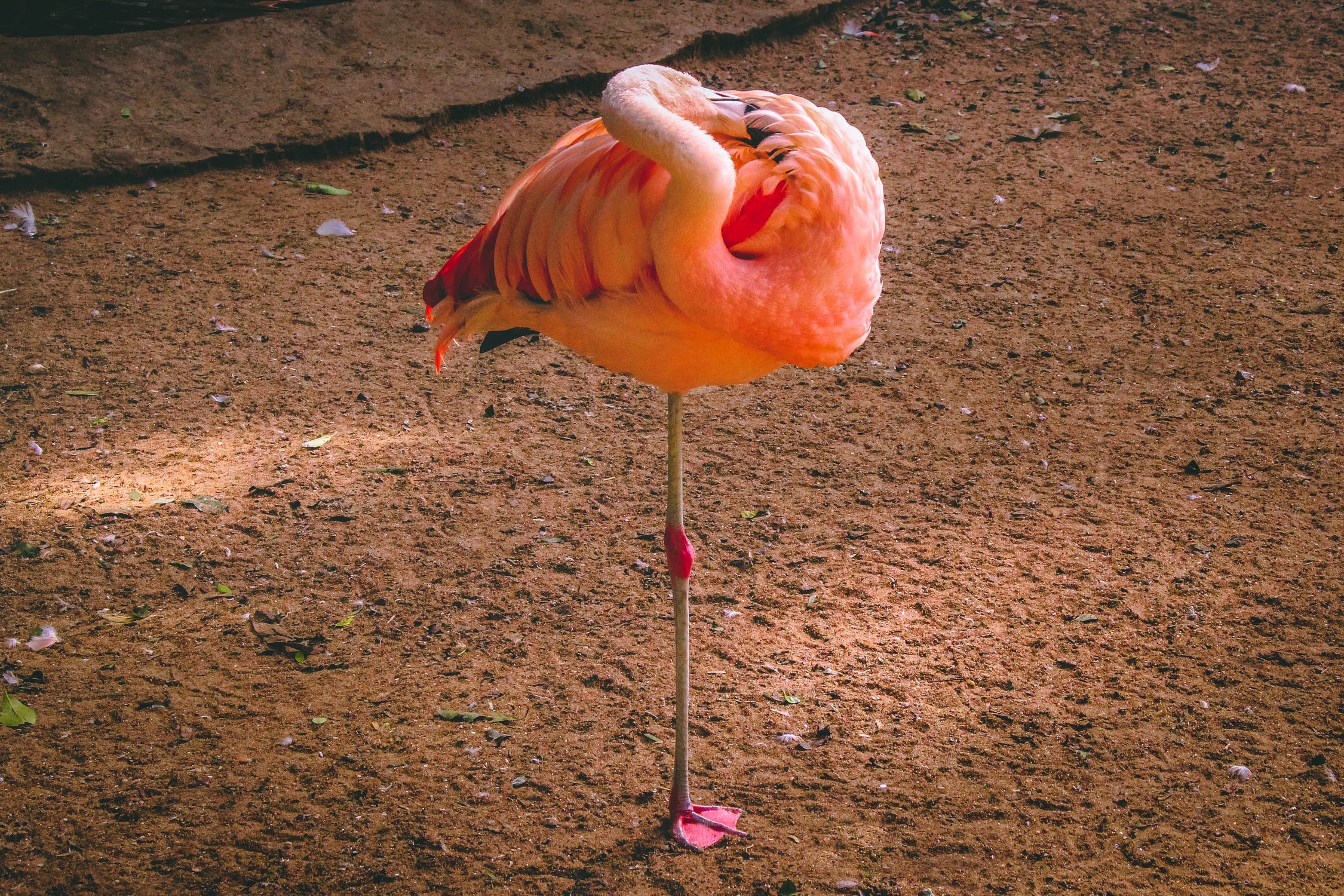 I was allowed home last Friday and fortunately we have a sofa bed in our lounge and a downstairs shower and loo, so I have been able to ‘live’ on the ground floor. The physio in the hospital did show me how to negotiate stairs, but the ones in the hospital were quite different from our Victorian cottage ones, i.e. narrow, carpeted and with a turn near the top. I’ve been getting around reasonably well on my crutches, although I didn’t realise how much of an effort it would be as I’m not allowed to put weight on my left foot. To be fair, the physio did say I could have a walking frame if I preferred but I declined as it reminded me of a conversation I had with one of my QVC colleagues a couple of years ago when we were chatting about how long we intended to stay at QVC as Presenters. She said, and I quote, ‘You’ll never retire, you’ll still be coming in here in your eighties with your zimmer frame.’ There’s a thought!!! It’s a good job I have a strong upper body from Pilates and swimming and a really strong right thigh, vital in getting up and down from a seated position. Actually, we invested in a little stool for the shower, which is much safer than standing on a wet slippery surface, but I do my facial routine morning and night standing on one leg. I hate to think how dry my skin will be under the cast as I normally moisturise after a shower or bath and once the wounds are healed I’ll be reaching for the Decleor Prolagene Gel!

What this past week has given me is a new appreciation of what it is to be less able to get out and about, whether it’s due to age, illness or injury. The very first Get Well card I received was from a former dancing colleague, Diane. We go back to 1976 when we worked together in a theatre show in Barcelona. We had lost contact until she spotted me on QVC and wrote to me. Diane hasn’t enjoyed the best of health and spends the majority of her time housebound, quite a bit of it bed-bound. Until this past week I had no understanding of what that feels like – it’s almost like being a prisoner trapped in your own home. I now have huge admiration for all of you who are unable to live the ‘normal’ life so many of us take for granted and yet still remain positive and purposeful. It makes the fact that we can reach out to you through the TV screen for company and a degree of independence when it comes to shopping an even more important part of my job, something I will be mindful of when I come back to work, hopefully around mid-March. 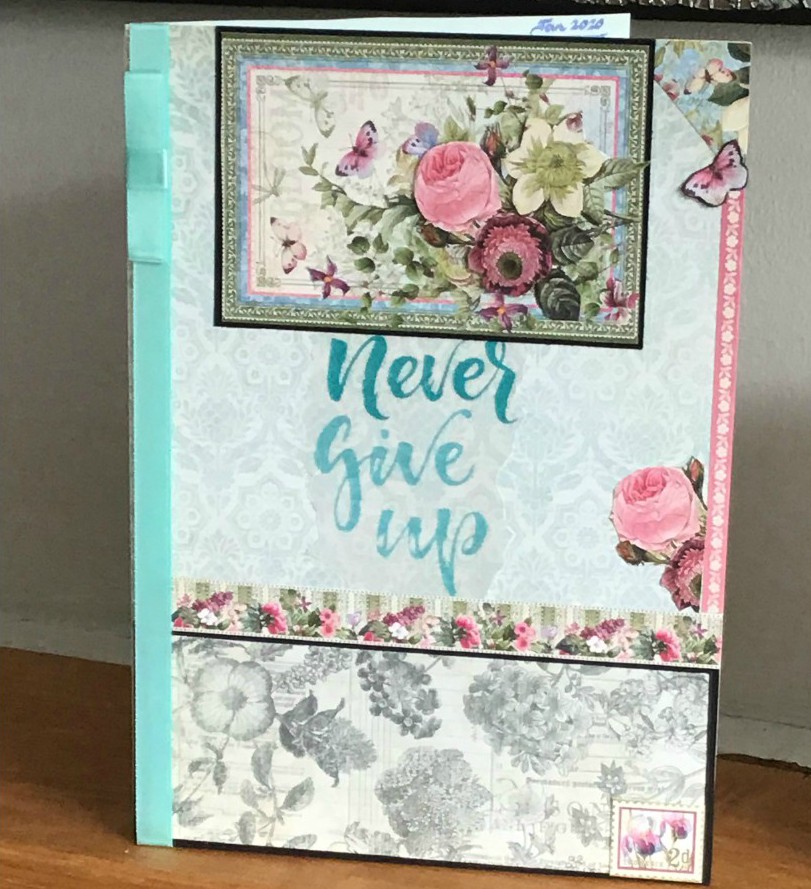 I loved Diane’s card, which she made herself, but my favourite was from a friend of mine who has a wicked sense of humour. It features a photo of a Crystal Palace player (who obviously I won’t name on here) and the wording is: Following major foot surgery, leaving your foot in plaster, you’d still be able to score more goals than this fella… football humour!!!!

Speaking of coming back to work, Eilidh is back today and is covering my 6 p.m. Fashion on Friday on the Style Channel. She has been off for the past five months following the birth of her son, Beau, and apparently took him in to our Chiswick Studios for cuddles last week – why do I always miss out on the good stuff?! Hopefully there will be plenty of other opportunities. I think Jackie Kabler is taking the helm for my Fashion on Friday show on the main channel at 5 p.m. – it’s a good job my mum knows I’m off sick or she would be ringing in a panic if she didn’t see me on there, as she has done on previous occasions when I haven’t let her know I’d taken time off. She’s enjoyed herself this past week showing the ‘Bella” article to anyone who set foot over the threshold of her bungalow – she was really chuffed with all her mentions! 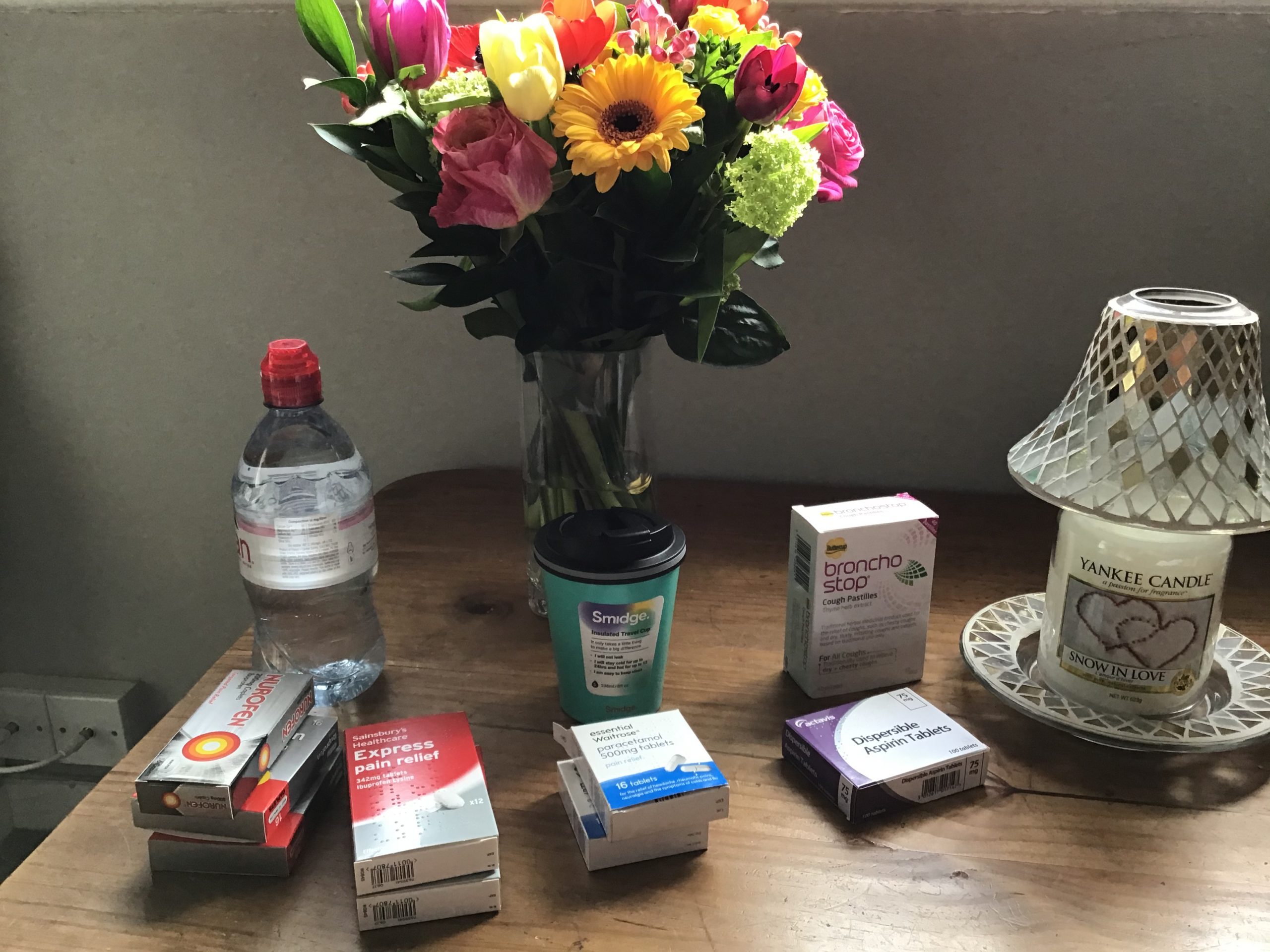 So, I haven’t done a huge amount of anything this past week – a bit of reading, watching The Chase and coming up with an idea for a new book – but I haven’t been able to concentrate particularly well because of the aforementioned medication. You’re probably thinking heavy-duty morphine-based drugs… No, just paracetamol and ibuprofen with a soluble aspirin thrown in to help prevent blood clots. I sometimes wonder how my body ever coped with the oral chemotherapy drugs for my leukemia! I’ve been trying to eat really healthily with protein at every meal to help my broken bones to heal and I’ve also been trying out something called 8G (8greens), which is a Big Deal on QVC next week. It’s an efficient way of getting vital vitamins and minerals into your diet even if you’re not that good at your five-a-day. It’s a pleasant tasting drink but the really good thing is that you can ‘hide’ it in other things like soups, sauces, stews and smoothies, so the rest of the family don’t even know they’re ‘being healthier’!

Right, it’s paracetamol time, so brain fuzz for the next hour or so… if I manage to stay awake.