Menu
Stories > Presenters > Julia Roberts > In the words of Take That

In the words of Take That 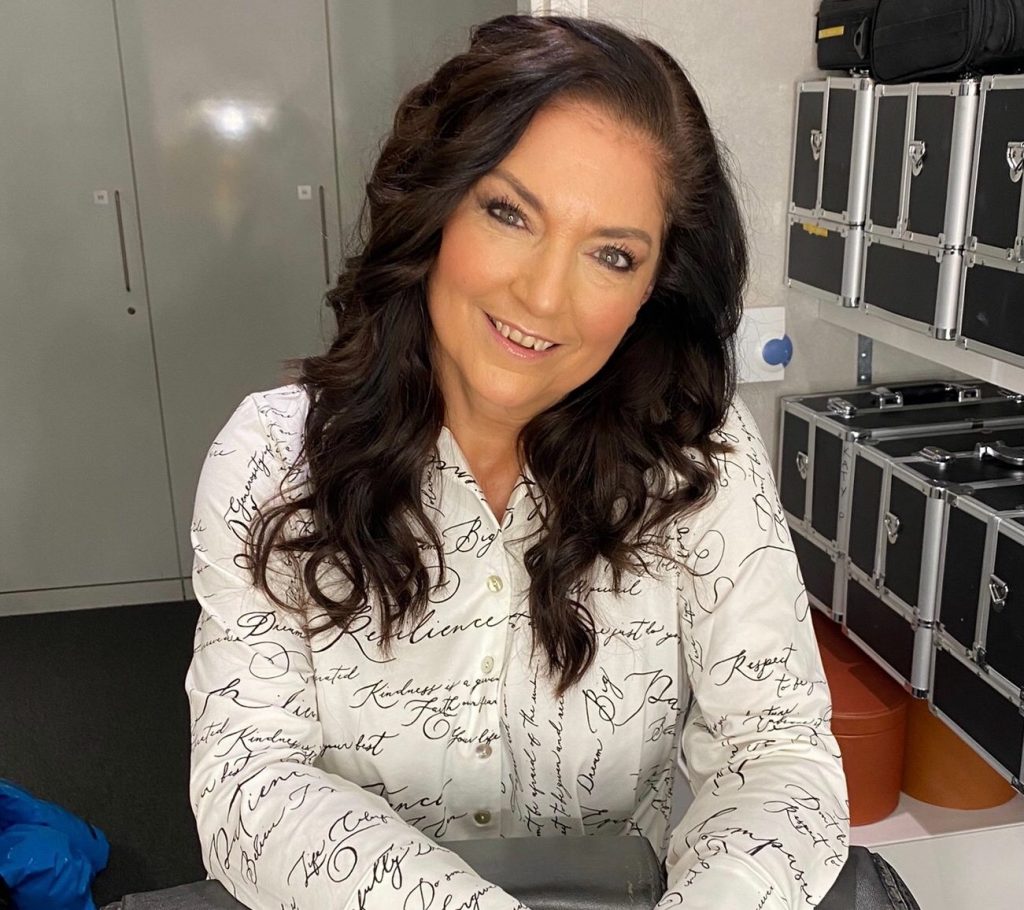 It was lovely to be back on QVC yesterday and this time, in the words of Take That, hopefully I’m ‘Back For Good’, with no more health absences in 2022. Funnily enough, my first three on-air guests had all been ‘victims’ on my Permission to Pry chats on my Instagram page last year: Sarah Booker, Alison O’Reilly and Imogen Connelly. I will restart Permission to Pry soon, as many of you have told me how much you enjoy getting to know more about our QVC guest presenters, but I’m just getting my feet back under the table first.

The trend continues this afternoon on Fashion on Friday with Melissa Hardy, who has also ‘opened up’ to me on P2P. Actually, I think Melissa might be a bit cross with me as I wore a brand new WynneLayers shirt (pictured above) for my return shows and we had lots of questions about it. It’s meant to be the first item on tonight’s show at 5pm, but I’m not sure how much stock there will be left, particularly in the ‘script’ option I wore, although it does also come in two plain colours.

It’s been a really good start to 2022 for me so far – I saw the new year in with Dan, Katie, Wilfie and Quin as Chris was working on New Year’s Eve. We were quite relieved that his gig was still on as he’d already had two cancellations in December – it really has been a difficult two years for self-employed people in the entertainment industry, but hopefully things will improve this year.

So, a sociable start, which continued with hosting Sophie’s family for lunch on January 2nd, a lunch date with my friend Denise and her partner, Steve, at their house on January 3rd and another lunch date on January 5th with my friend, Tricia, and her husband. Tricia and I have known each other since we worked together as dancers in a summer show in Jersey in 1975… that’s forty-seven years!!! 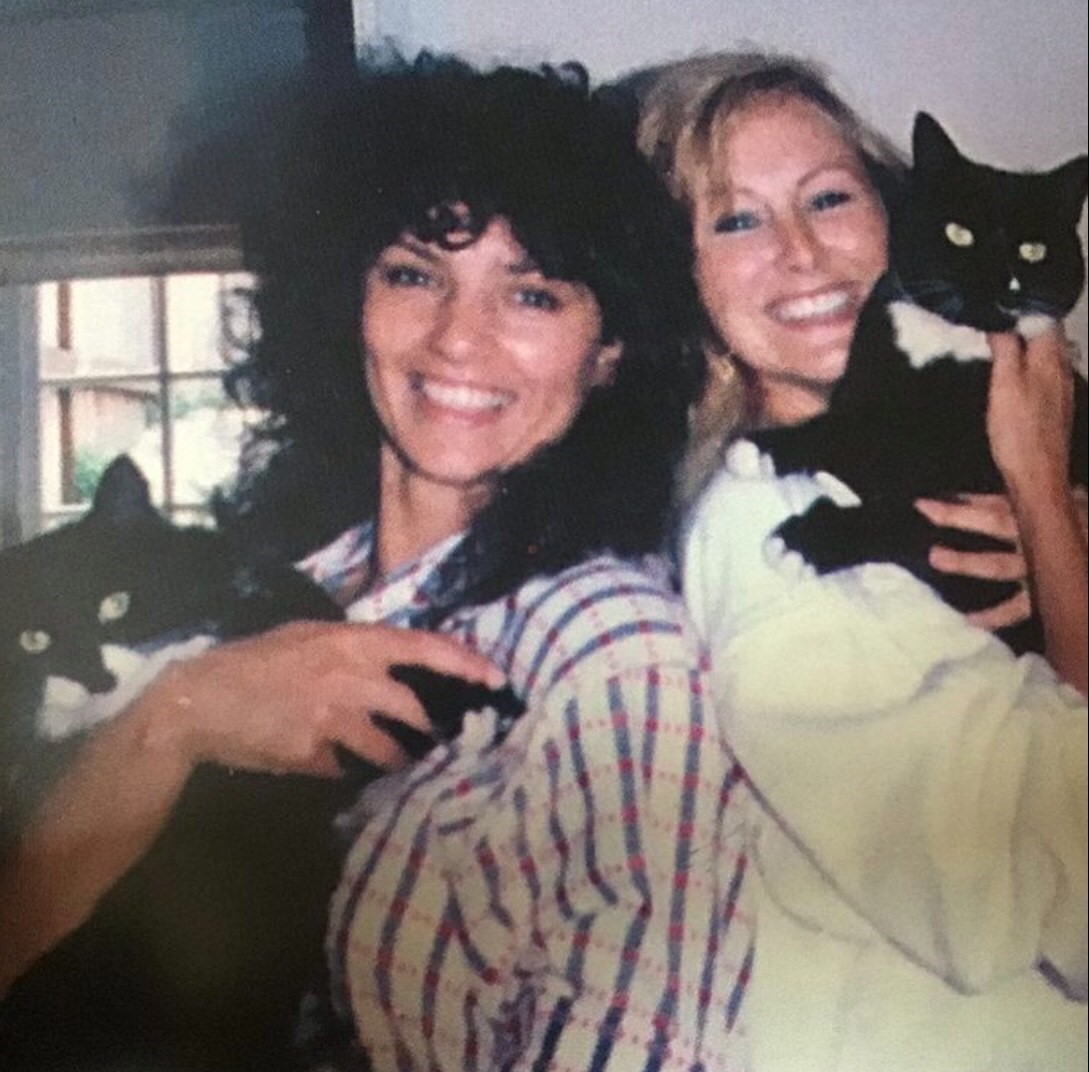 This photo of us, with my two cats at the time, Dylan and Charlie, was taken in 1985 shortly after Chris and I had bought our first house together. If I remember rightly, the two-bedroom semi-detached house in Upper Norwood cost £45,000 – you wouldn’t get much for that price these days!!

The same day we met up with Tricia, I also had my first post-op brain scan and was relieved and delighted to hear that there is no sign of the pituitary gland tumour that I had removed last October. Hopefully, that means that my amazing neurosurgeon, Mr Simon Cudlip, managed to get it all, which initially he didn’t think he had. My next scan is in six months and that might reveal more as apparently any residual post-op swelling should have calmed down by then, but both he and I are feeling very optimistic.

So, a really good start to the year health-wise and my right eye is behaving itself so far too. I’m now down to four medicated eye drops a day (I was initially on thirteen) and I’m seeing my eye surgeon for a progress report on January 31st. If I knew how to do a smiley face icon on my laptop, I would do one here. 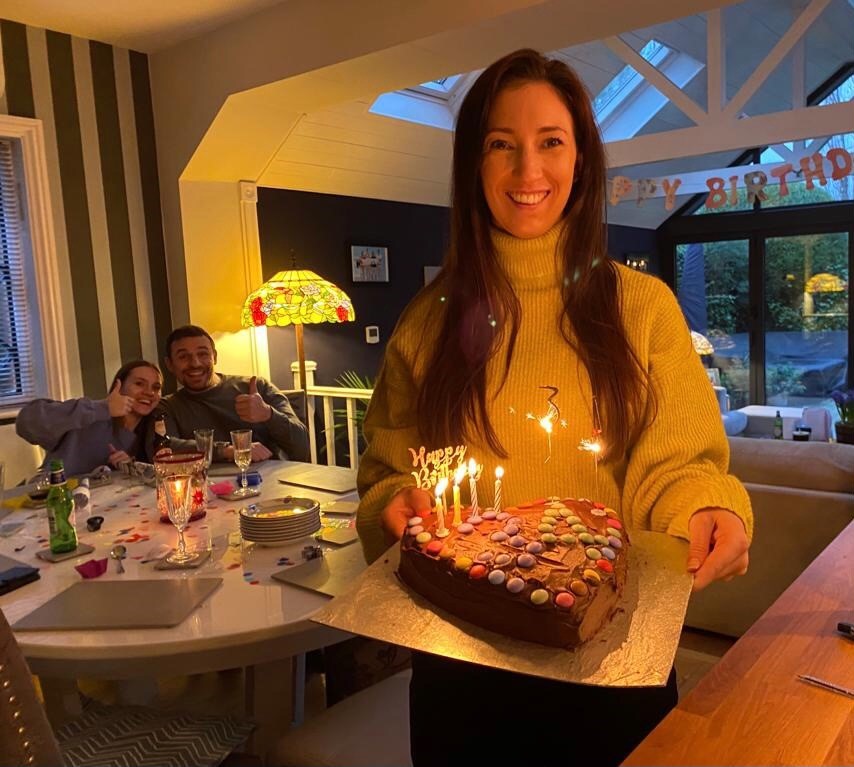 More smiles for our family, as it was Sophie’s birthday last Saturday and she and her family, plus Dan, Katie and Quin came round to ours to celebrate. We had lunch, followed by the traditional heart-shaped chocolate birthday cake decorated with candles, Smarties and sparklers, which were a little tricky to light at first.

I also had a problem with the Smarties. As you can see, I’ve been decorating Sophie’s birthday cake with them since she was two years old, but where were the orange ones? 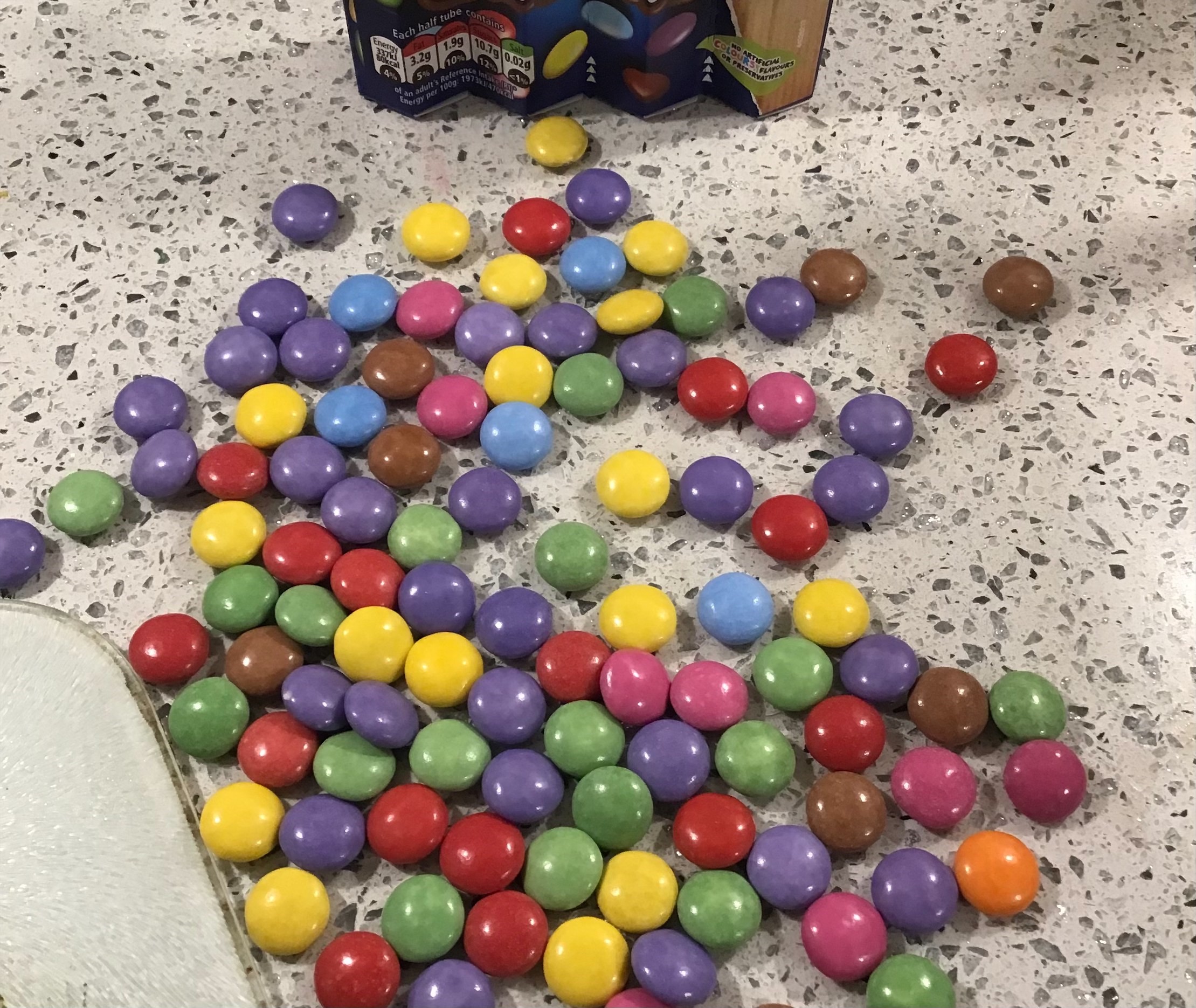 In the four packs I tipped out so that I could do a repeat pattern of all the colours there was only one orange one! Even worse, they are our favourites as they are the only ones that taste of anything. The cake still tasted good though, even without orange Smarties. 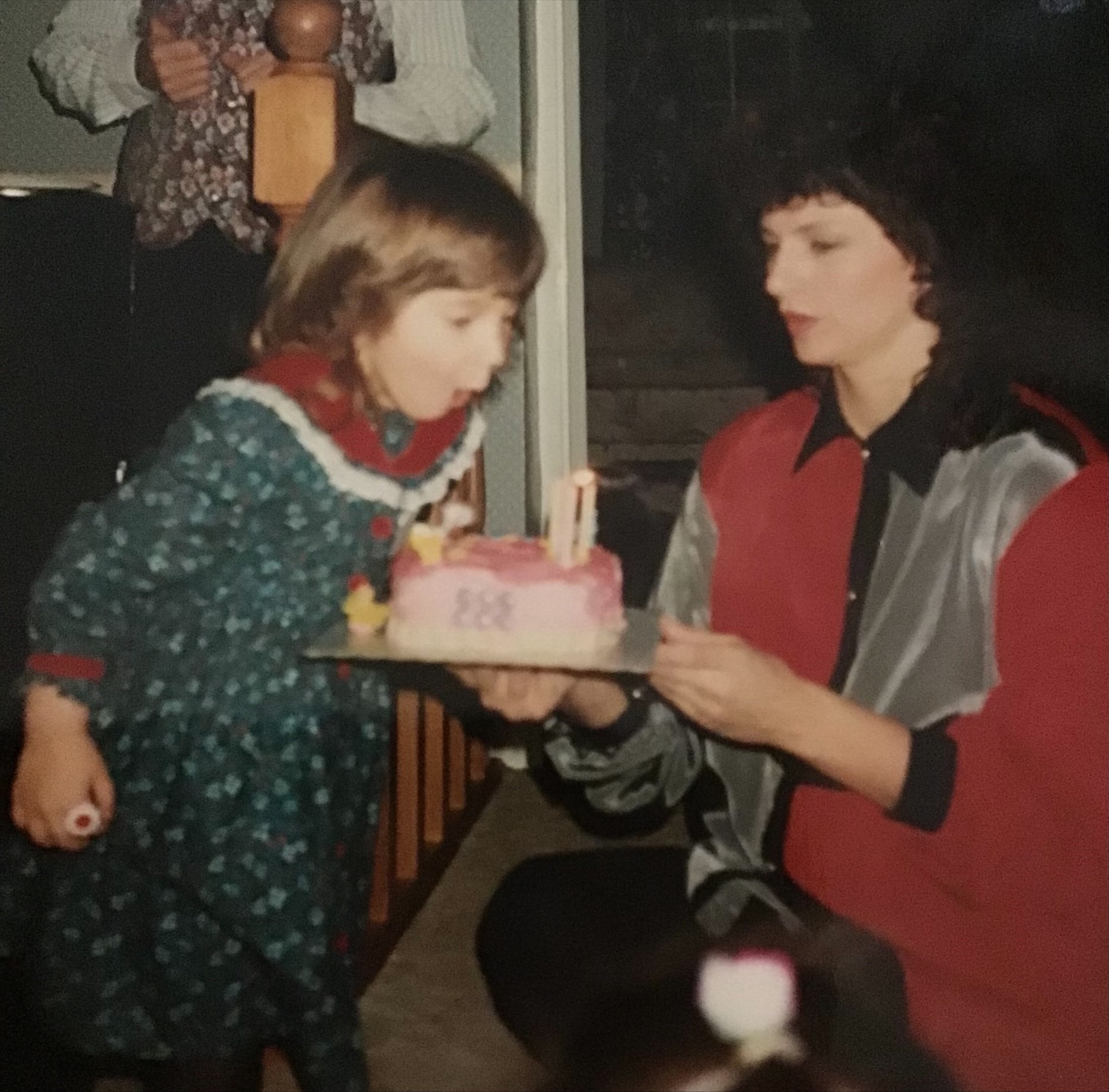 I thought I’d also add this photo of Sophie on her fourth birthday blowing out the candles on her ‘My Little Pony’ cake. She’s wearing one of my favourite dresses which I’ve kept, along with some of the clothes I knitted for both her and Dan – has anyone else done that? 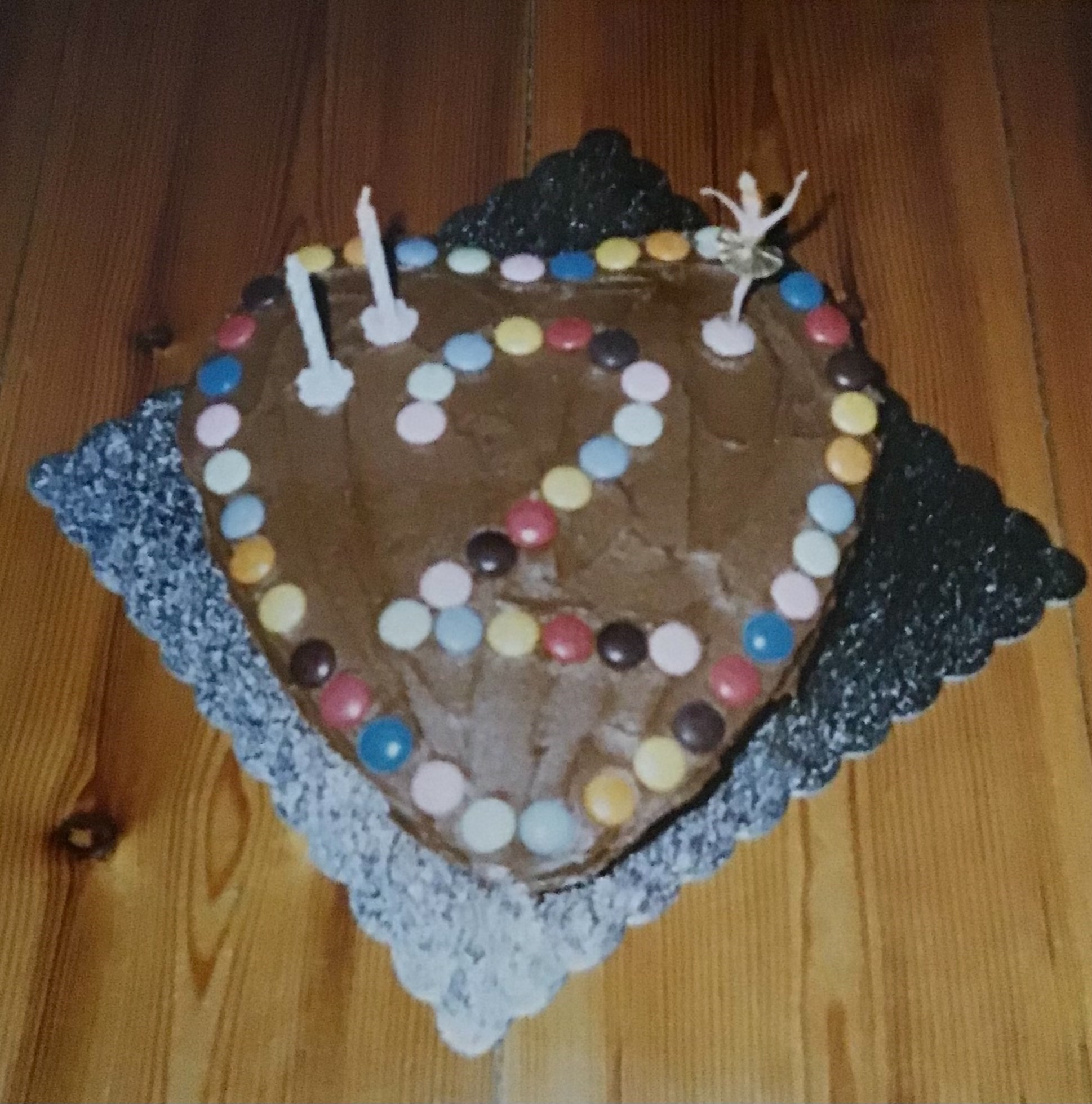 Well, already lots of celebrations so far this year and we have another one next Wednesday when Chris and I will be celebrating forty-four years of living together. He moved in with me two weeks after we met and we’re still together so it would seem we made the right decision. We don’t celebrate January 19th as much now that we have a ‘wedding anniversary’ in August, but we’ll still mark it with a meal out or maybe a posh afternoon tea – I’ll update you on my next blog. 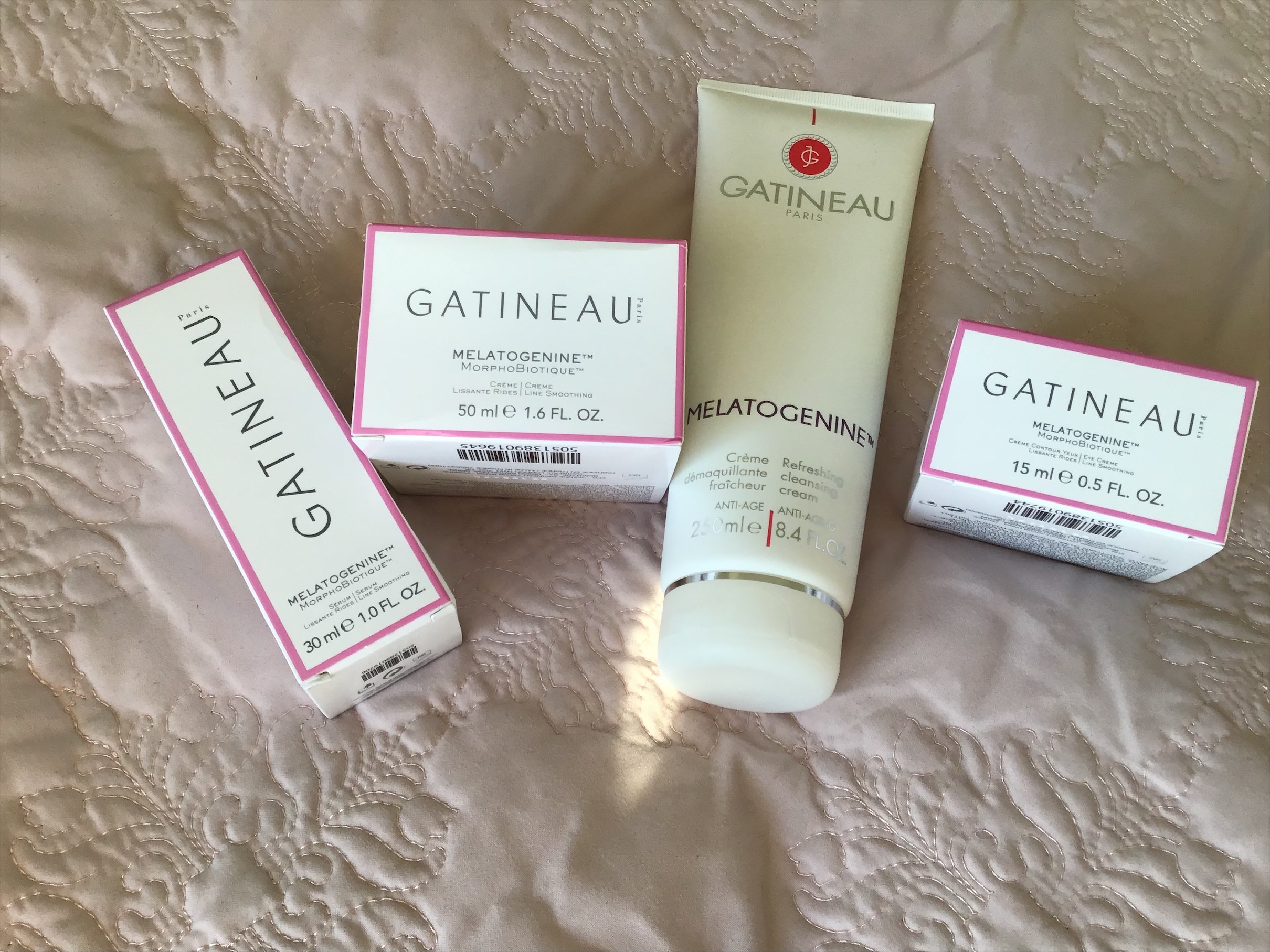 I’ve taken that day off QVC, but I’ll be back the next day for the first fabulous Gatineau Today’s Special Value of the year. I love working with Andrew Bagley, another of my Permission to Pry guests, and hopefully you’ll be able to join us.

I’ll finish there as I need to go in my home gym before heading into work. Have a great weekend… I’ll see you Sunday for some DIY (don’t laugh) and some gardening.