Menu
Stories > Presenters > Julia Roberts > It was all going so well…

It was all going so well… 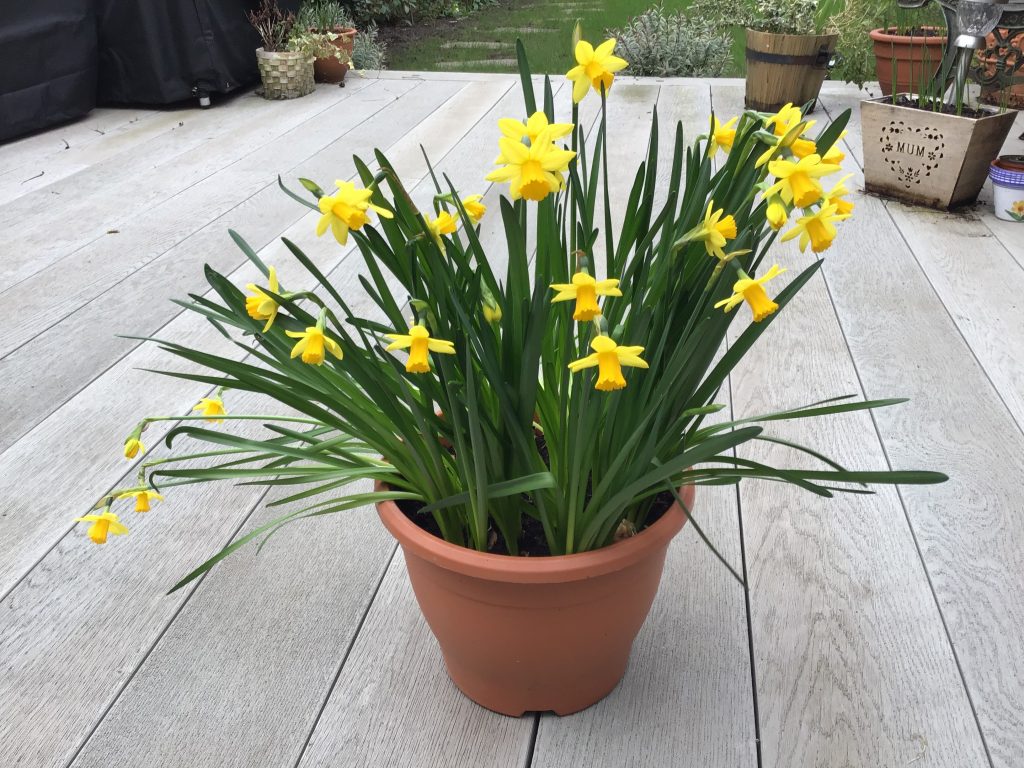 This is going to be a fairly short blog, the reason for which will become apparent later in my blog, but for the moment let’s just say it has been a week of ups and downs and the picture of the beautiful daffodils is to remind me to stay positive!

It was lovely to see my daughter. Sophie and her partner, Reece’s children on Sunday, although I’m not sure the reason for the visit was to check on me. Sophie wanted to try on my aircast boot which didn’t surprise me as she had a go on my crutches in the hospital. 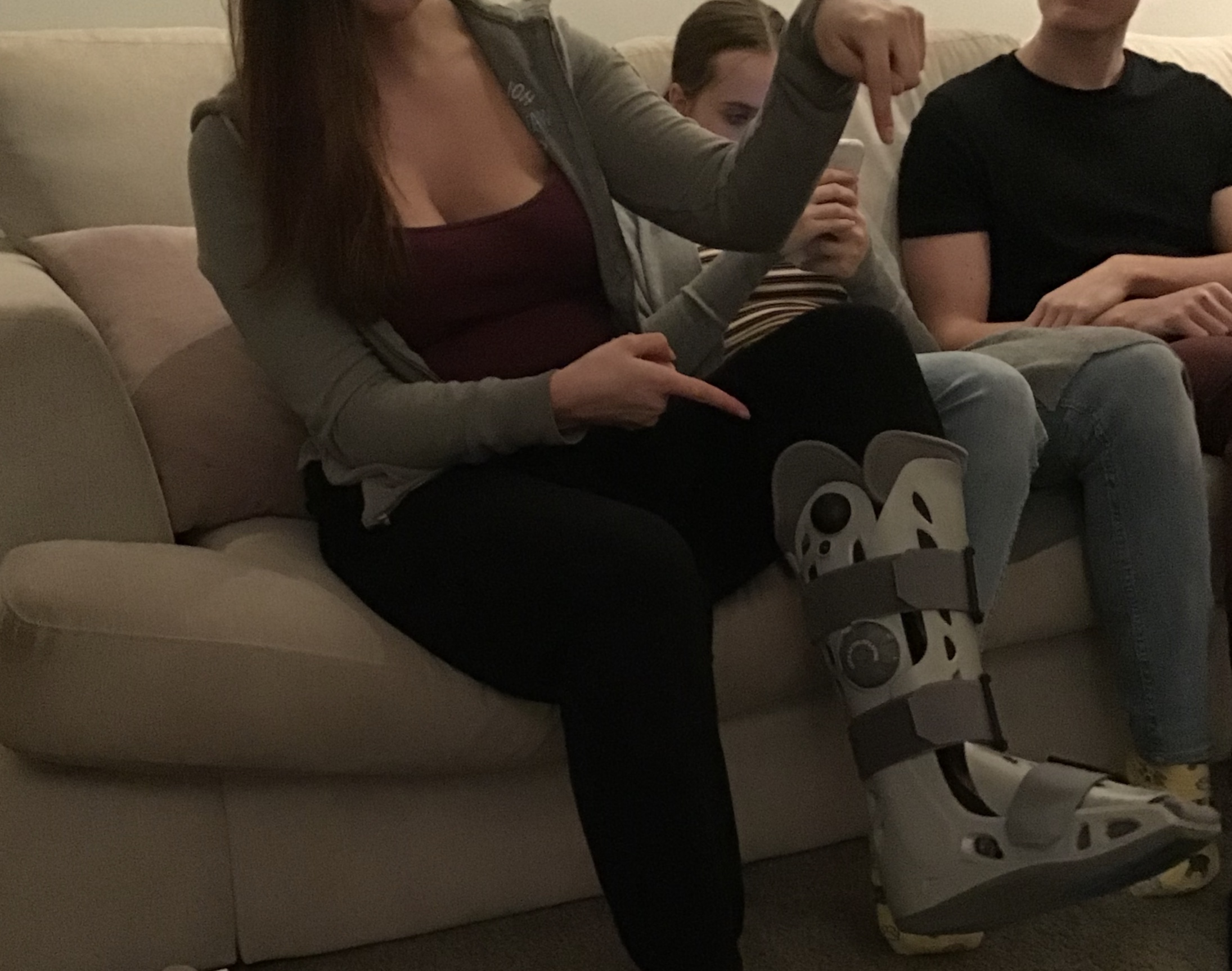 Have I ever told you about her as a little girl? She used to perform ‘operations’ on her cuddly toys by cutting them open with blunt-ended scissors, then sew them up again with a blunt-ended needle; throughout the operation, she would have sombre music playing on her cassette player. Chris and I have always thought she should have done something in the medical profession!

Monday was the day of the much-anticipated bath. It was good, but not quite as good as I thought it was going to be because I couldn’t really relax properly. Also getting in and out of the bath was… challenging! At least I felt properly clean after it and was able to wash away some of the dead skin I have been shedding. I then followed with a generous slathering of Liz Earle Skin Replenishing Body Balm – my skin looked so much better afterwards and smelled lovely. Monday was also the day when I was allowed to sleep without the aircast boot for the first time. To be honest, I didn’t get much sleep as I was worried about damaging my ankle but there was a certain sense of freedom!

Tuesday I had my first post-op physiotherapy appointment. I didn’t know what to expect as my ankle was still very swollen and I couldn’t really move it much, plus the scars were very tender, but I felt so much better after a very firm massage and videos of the exercises I need to do at home. Everything was going so well – I even cooked dinner, using the work surfaces as props – but I must have been more tired than I thought because disaster struck.

I overbalanced, and in an attempt to protect my ankle, I fell onto my left wrist. I won’t go into detail, but it was excruciatingly painful and I knew I’d done something really bad. We put ice on it and elevated it then rang 111. Based on what I told them, they said I’d done all the right things and told me to take painkillers and go to the hospital the next day to get it X-rayed.

To cut a long story sideways, I have broken both the bones in my forearm (the radius and ulna) near the wrist. Fortunately for me the bones didn’t shatter but broke cleanly and are still aligned so they are allowing me to wear a splint rather than putting me in a cast, at least for the time being and I can take it off for showering. This was the bruising yesterday even with the SBC Arnica Gel I’ve been applying by the bucket load. 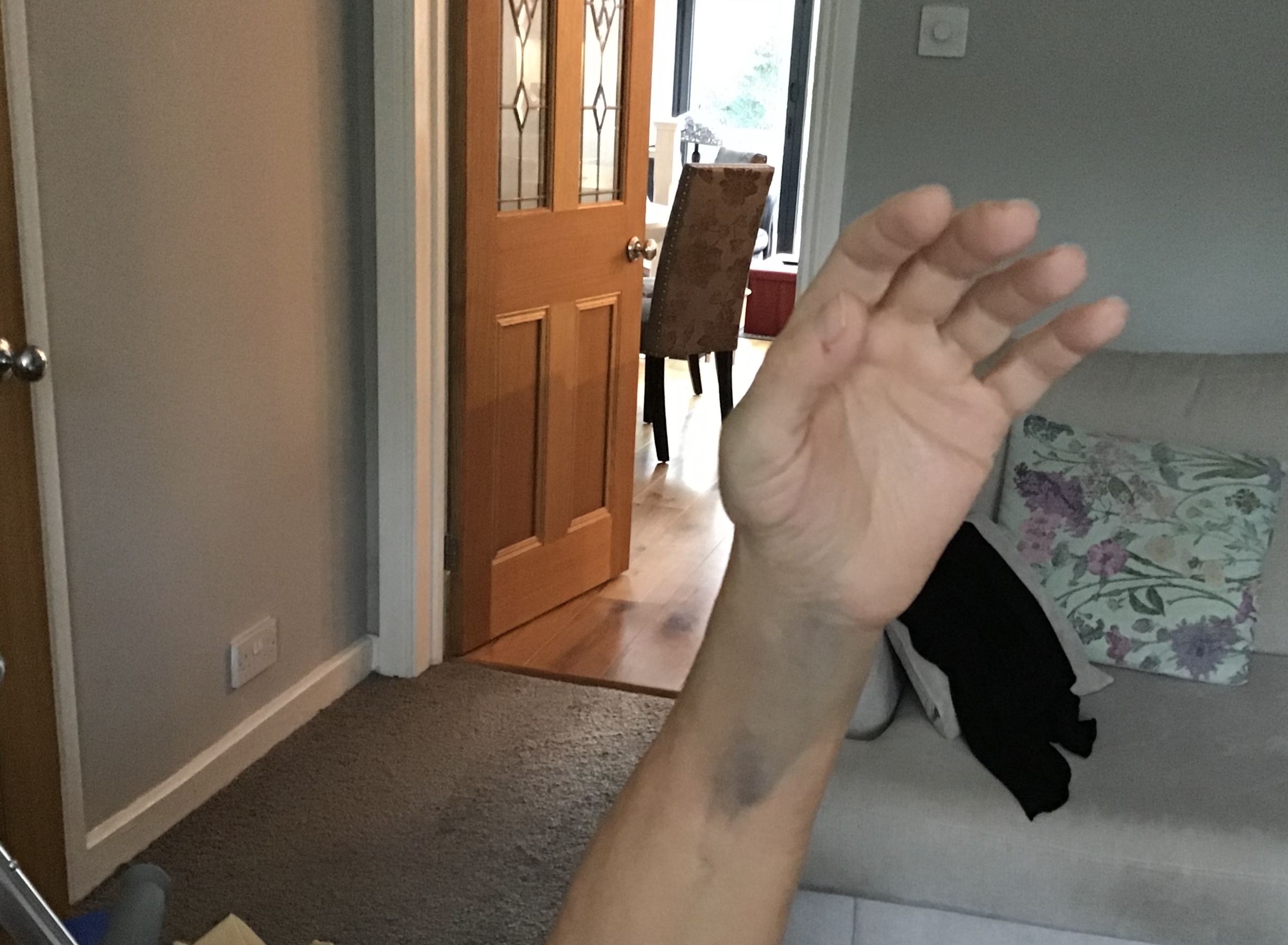 Can I also say washing and conditioning your hair with just the one functioning hand is not easy and blow-drying is an impossibility so a big thank you to my son’s girlfriend, Katie, for coming around to our house after she finished work yesterday to dry it for me.

So, the major issue is that I am on crutches and now can’t put any weight through my wrist. I rang my physio to tell her about the accident and she immediately advised purchasing a gutter crutch which you can rest your forearm on so that the wrist doesn’t take the weight. It arrived this morning and I think it’s going to work okay but we’ve also hired a wheelchair for a couple of weeks to give me a rest from hobbling around. 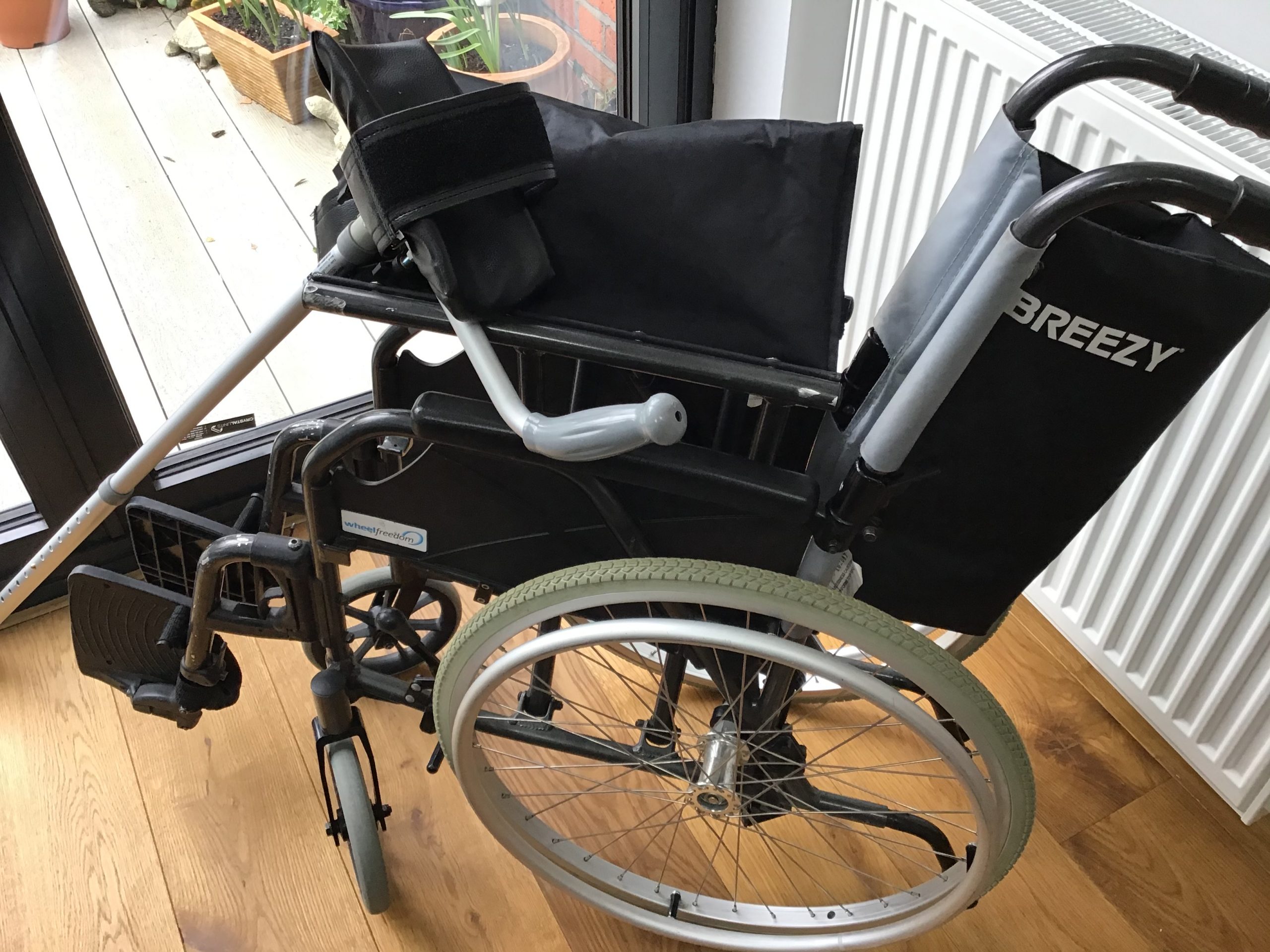 Sophie had texted to find out what I had done and I messaged back to tell her, adding: ‘If you laugh, I will put you in a book and kill you!’ Needless to say, a row of laughing emojis came straight back. It seems she likes the idea of being in one of my books!

Speaking of which, watch my Twitter next Friday as my publisher has confirmed they will be revealing the title and cover of my latest DCI Rachel Hart book and it will be available to pre-order if you are interested in crime thrillers.

Now you know why I’m keeping this blog short; I am permitted to type but for brief periods only and that will be the way of things for the next four weeks. I’m not going to lie, I felt very down when I got back from the hospital and the enormity of what I’d done actually sank in. But, as with every situation, it could be worse. I could have broken my right hand and then I would have been truly scuppered.

I’m heading to my physiotherapist now for my second ankle appointment and of course I will also need a few sessions on my wrist once the bones are mended. You could say I’m single-handedly keeping her in business at the moment!!

Before I finish, I just wanted to mention, for obvious reasons in light of the tragic event last weekend, my thought for the year from my New Year blog. In a world where you can be anything be kind… But at the very least, don’t be unkind.