Menu
Stories > Presenters > Julia Roberts > A shining example to us all…

A shining example to us all… 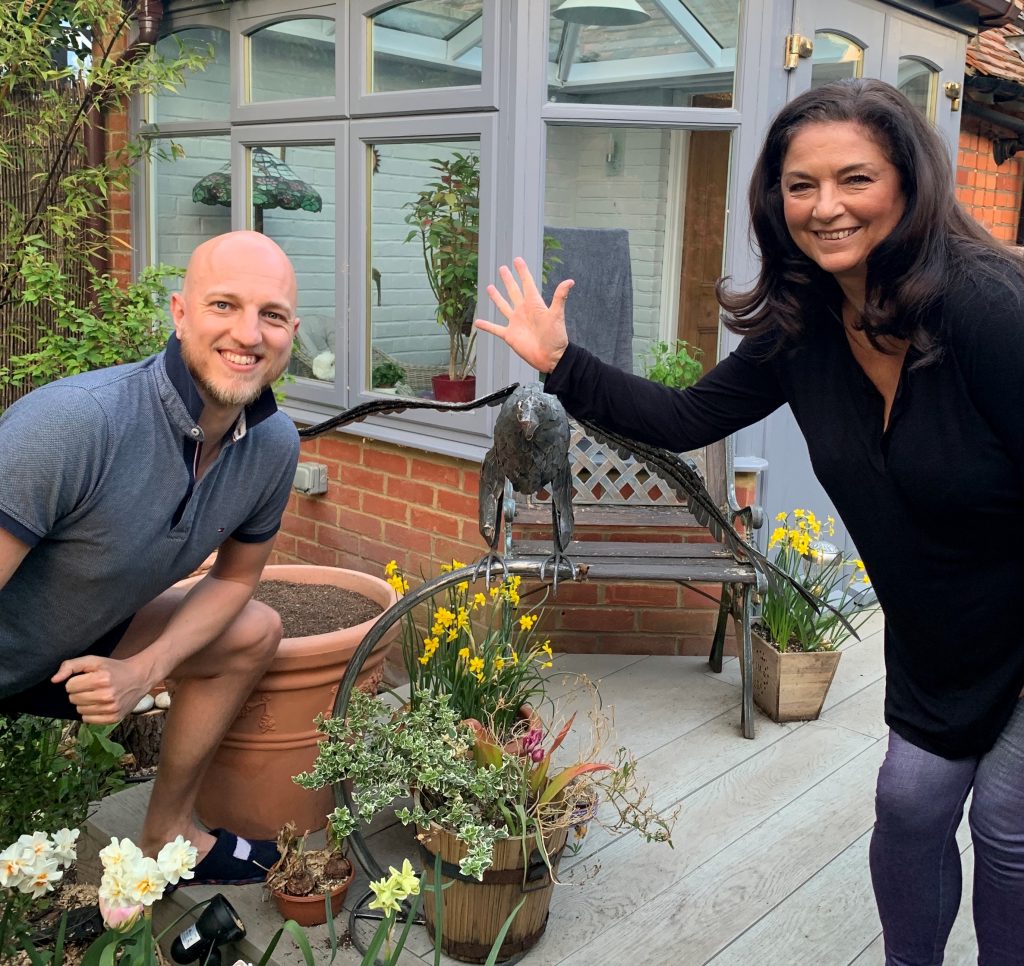 Amongst all the dreadful news we are witnessing on a daily basis throughout this global crisis, there are those moments that truly lift our spirits and restore our faith in our ability to cope in the face of adversity. The biggest example of that this week has, of course, been Captain Tom Moore and his amazing fundraising walk – it’s captured the nation and given many of us the feeling that ‘if Tom can stay positive with what’s going on around him, then so can I’ – well done, Captain Tom, not only for the millions of pounds raised, but also for the feel good factor you have given us. And it goes without saying, Happy 100th Birthday.

Lots of us are trying to do our bit, albeit on a smaller scale than Tom, to raise money for a variety of different charities who are specifically targeting the most vulnerable during these unprecedented times. With your help, QVC’s ‘Together we can make a difference’ campaign is not far off reaching its target, and remember, for every pound you donate, QVC will donate two. Our original aim was to be able to give £125,000 to the National Emergencies Trust appeal and we are are around £110,000 after just one week of the campaign. Thank you if you have felt able to donate – no matter the size of your contribution, it is much appreciated.

On a more personal fundraising note, I was nominated by my son’s girlfriend, Katie, for the ‘Run for Heroes’ campaign to raise money for our NHS. Obviously, in light of my recent ankle surgery, Katie knew I wouldn’t be able to actually do the run so Dan ‘volunteered’ to do it for me.

The idea is to Run 5k, Donate £5 and Nominate 5 people, so I was able to get involved in the latter two elements – a double whammy really, as Dan donated too. The ‘running’ total so far (pun intended) is £3 million!!! Amazing! Amongst my nominees were Jackie Kabler (who loves to run and had already been nominated twice) and Alison Keenan, along with two of Dan’s friends and Sophie’s step daughter… Katie had already nominated Sophie. Although Dan is a fitness fan, he’s not really a keen runner so his time of under twenty-five minutes was pretty impressive I thought.

To put it in perspective, while giving you an update on my ankle, it takes me thirty-two minutes to cover 2.5K at a steady walk. I don’t do this every day as I don’t want to over-tax my ankle but I do spend at least an hour a day doing my physiotherapy and pilates. I’ve been able to increase the weight I lift when doing my leg raises to 1.5kg by strapping a dumbbell to my leg using the velcro fastener from my airboot – it was Chris’s ingenious idea and it works.

I hope you were able to get some enjoyment out of the Easter weekend? I know lots of you were busy buying plants from QVC, as at the moment online is the only way to get hold of them. It would be such a shame for all the growers if the plants they have nurtured didn’t find a home, so I’m really pleased that we have been able to take some of the extra plants originally destined for garden centres. That was the case with the Thompson & Morgan plants that I ordered both for myself and my mum. 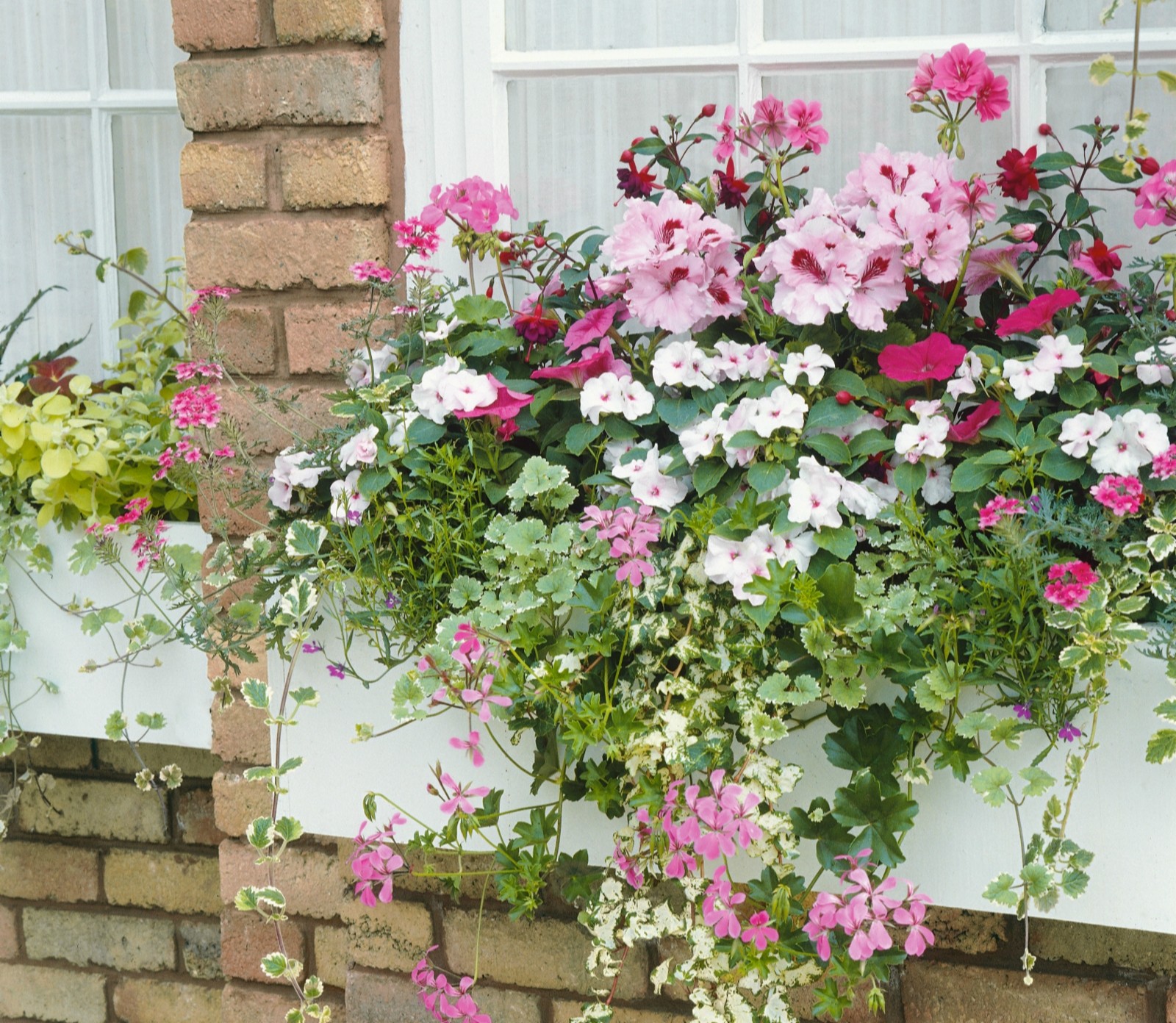 Just a reminder that you can have your QVC purchases sent to a different address if you add a new one online, as I did with Mum’s. Our fabulous display of de Jager bulbs has almost finished now but I was able to cut some of the gorgeous peony tulips for our Easter dinner table. 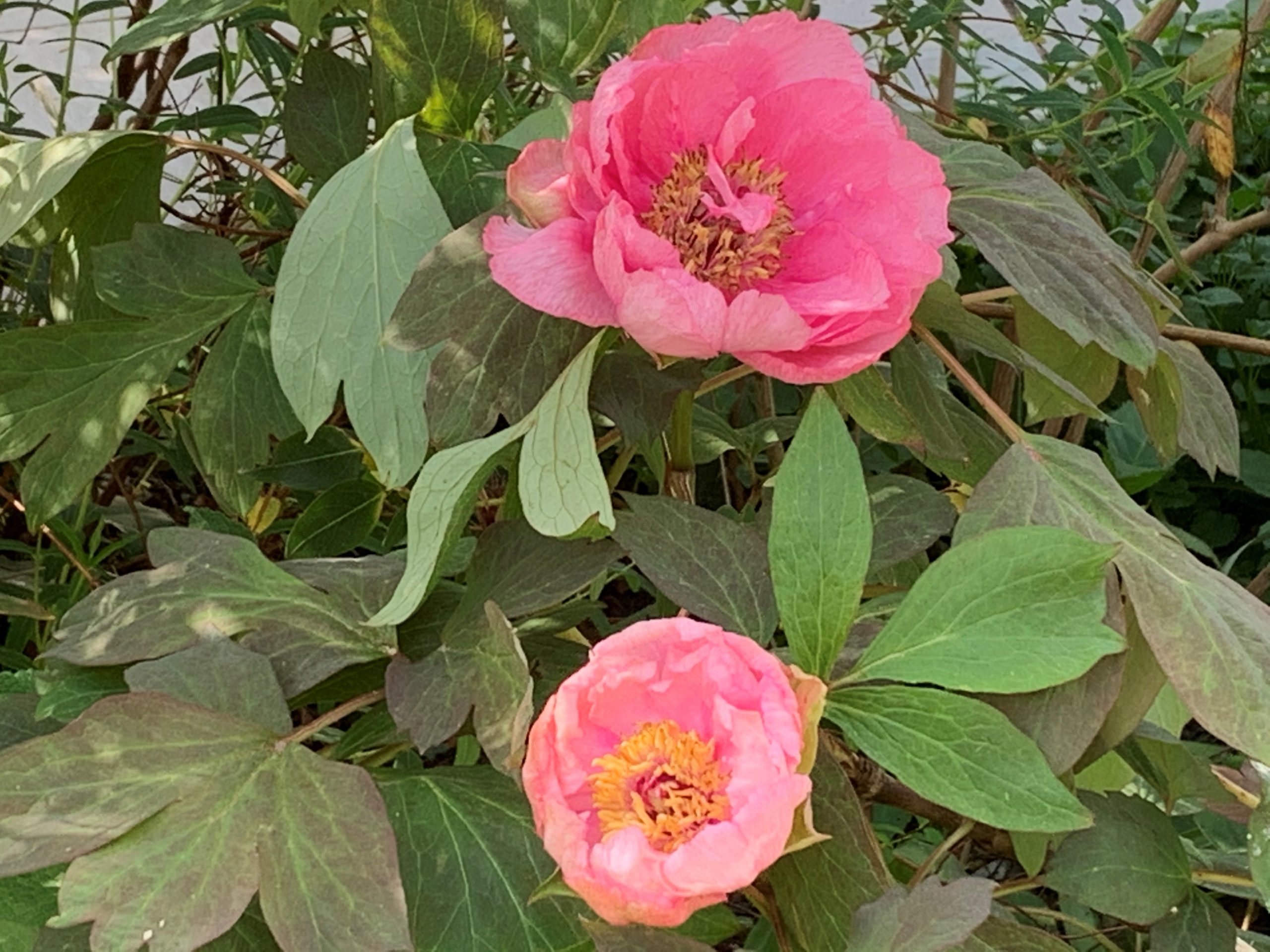 Speaking of which, Katie and Dan made dinner as I was working and it was delicious. Katie did vegetarian toad-in-the-hole, using the Secret Sausages I ordered from QVC, served with Dauphinois potatoes, and Dan did the broccoli and toasted pine nuts. 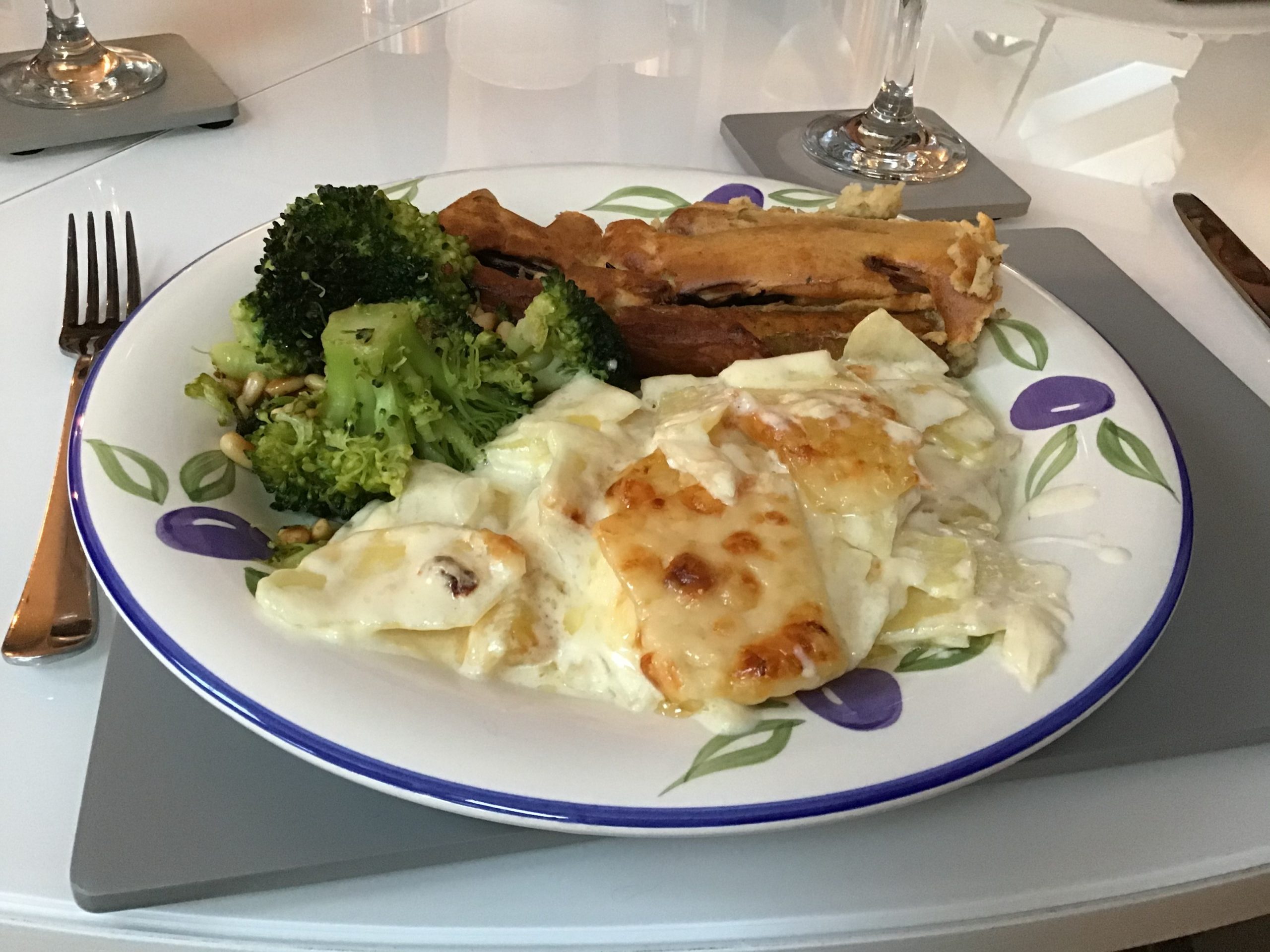 It was finished off with Eton Mess I had made before leaving for work. Thanks to my friend Denise’s partner, Steve I have an extra ingredient which really makes a difference to the taste. I soak the strawberries, which have been cut into small pieces, in two tablespoons of ruby port for an hour or two before draining and folding into the crushed meringue and whipped double cream mixture. I only make it occasionally but it is always well received. 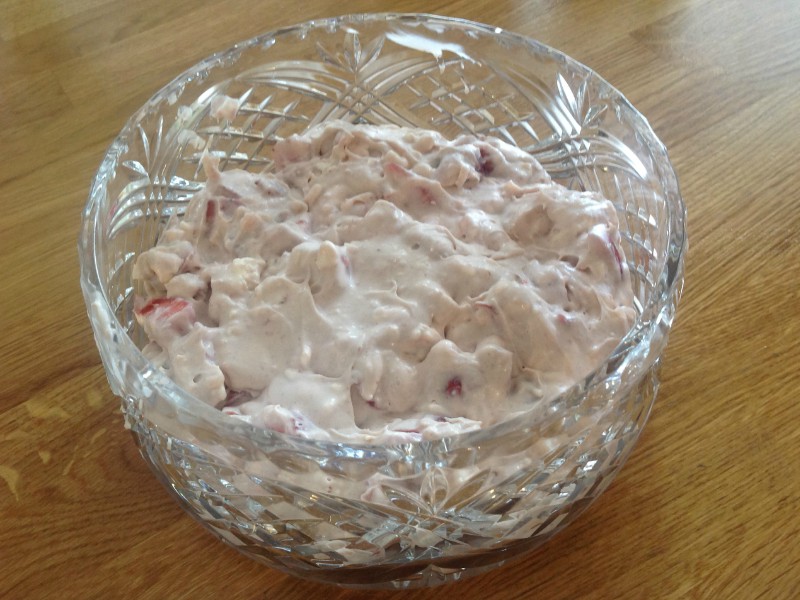 Easter Monday was my only day off over Easter so after finishing and pressing send on the proofread edit of my next book, Why She Died, we decided to play a board game. Monopoly would have been too long, and we didn’t want any falling out, and Sorry is better when there are children involved so we opted for Articulate. I really enjoyed it, particularly when I was describing a Japanese lady’s garment and Chris guessed at commode instead of kimono!!!!! I couldn’t describe anything further in that round as I was laughing so much. Mind you, he has made a few valuable contributions to our Thursday night online pub quiz – last night’s little gem was Airwolf, when the rest of us thought that the TV programme with a helicopter performing tricks in the opening credits was The A Team.

I mentioned Jackie Kabler earlier in my blog and if you are finding that reading is helping you to get through lockdown, her new book, The Perfect Couple, is published today. Funnily enough, the colour of the cover is similar to Alice in Theatreland, which is my free to download Kindle from tomorrow for the following five days. If you’re missing the smell of the greasepaint with all our theatres being closed, this might be one for you, although you should bear in mind it’s a thriller, not a romance. 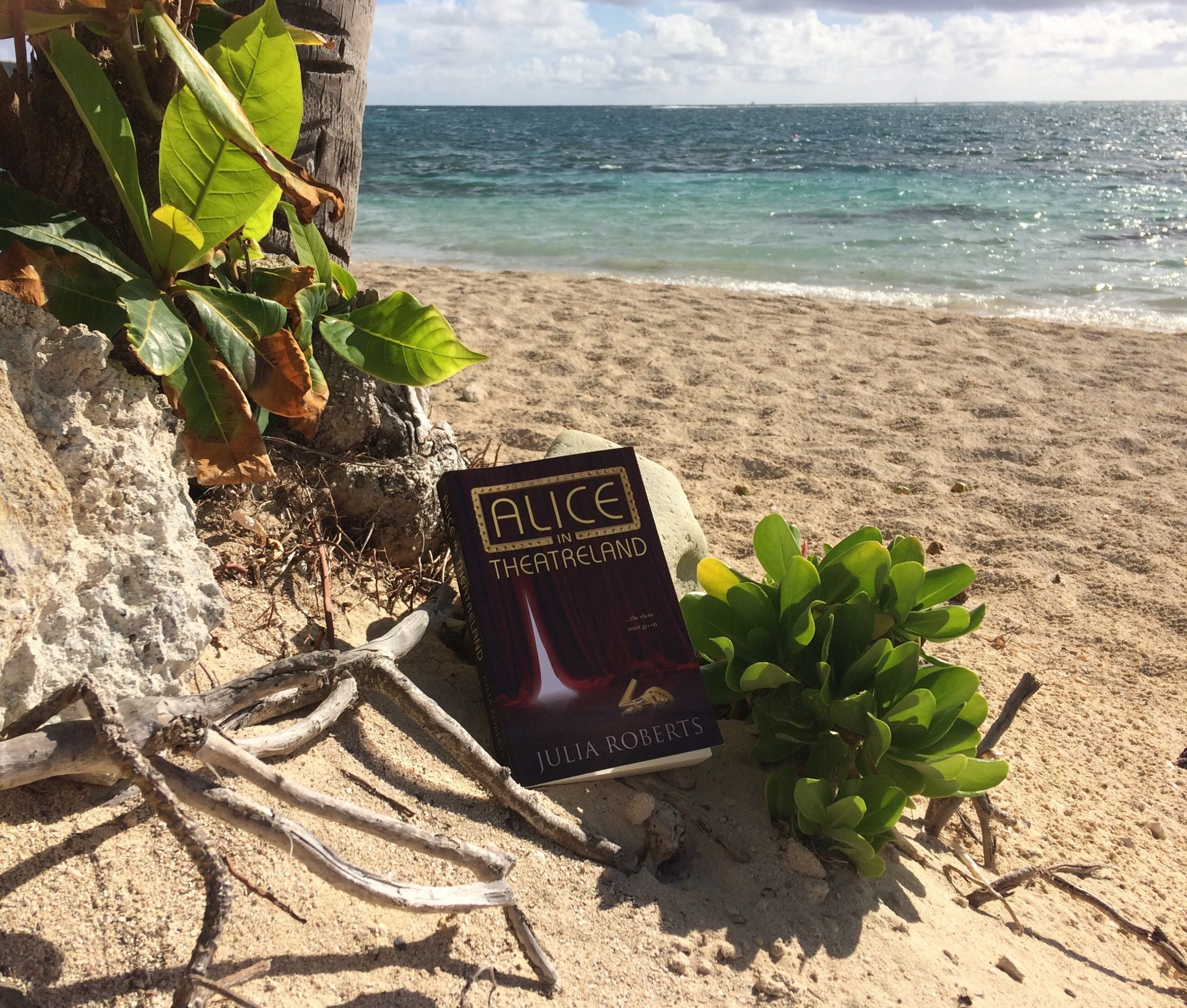 Unfortunately, I couldn’t capture any video of Wilfie playing football, but here he is posing for the camera instead. 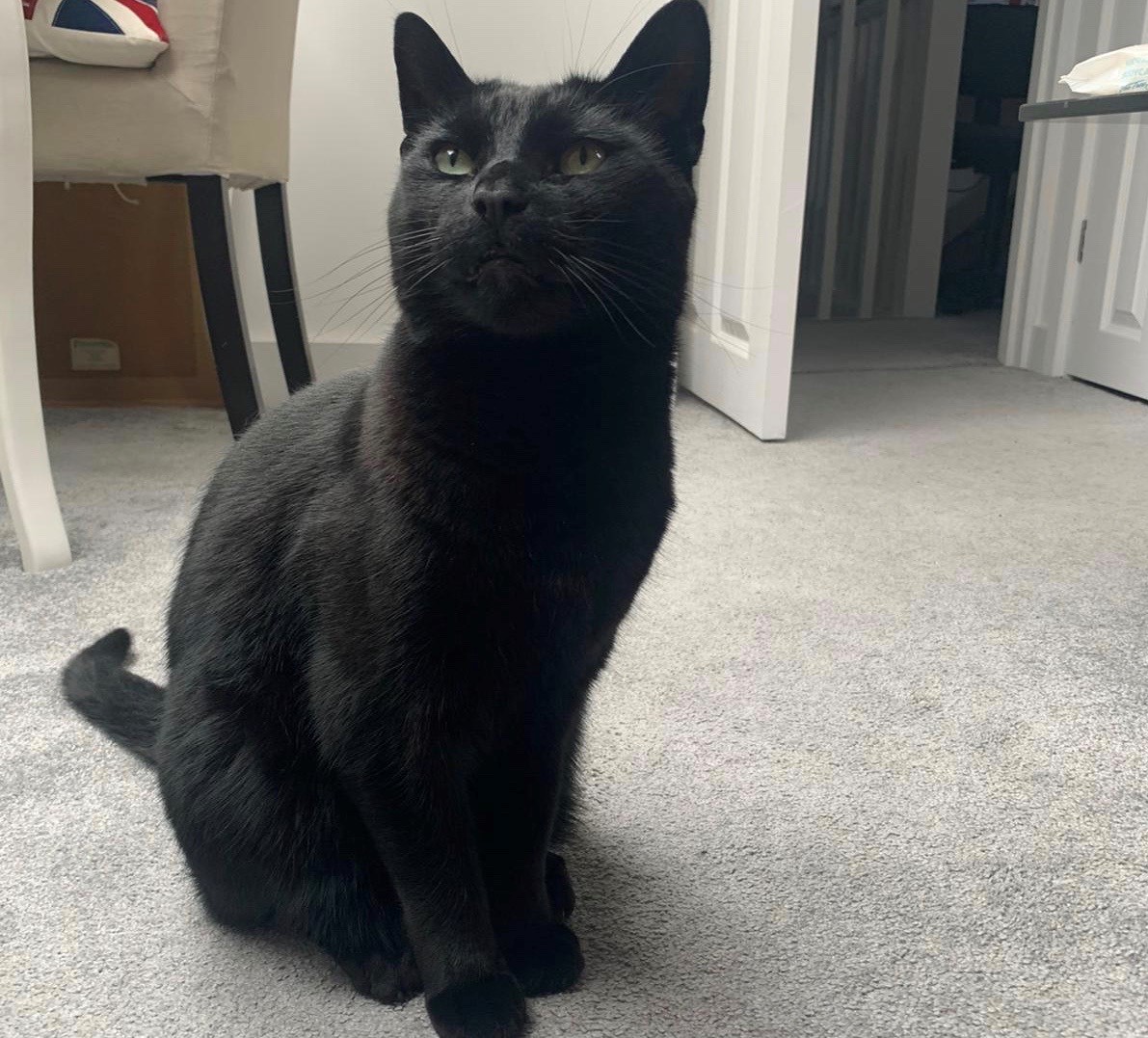