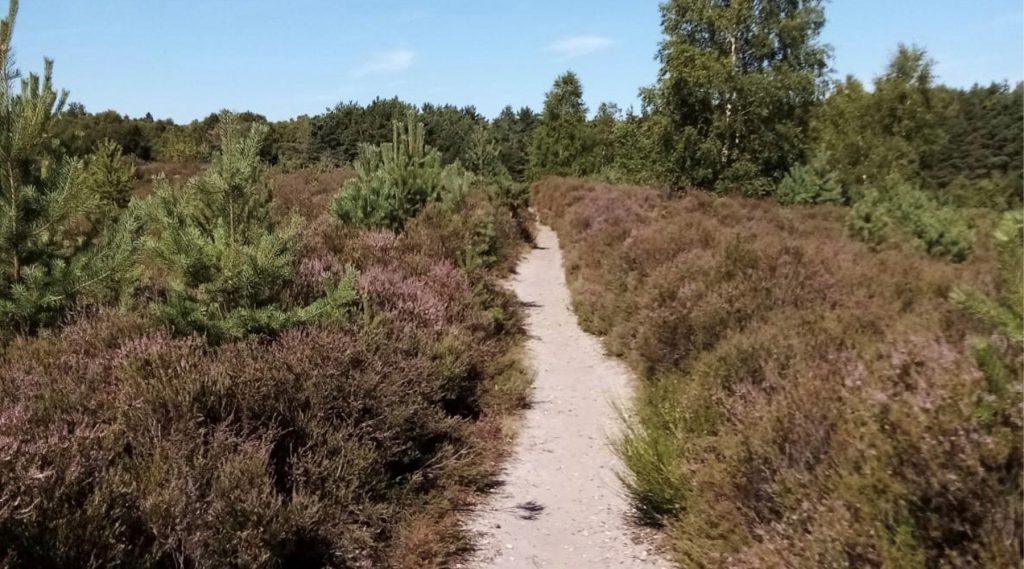 While we were away on holiday in Devon last month, there was quite a serious fire in the tinder-dry woodland near our home. Of course, it wasn’t on the scale of Australia earlier in the year, or the current fires raging in Los Angeles – my heart goes out to all those affected by both. 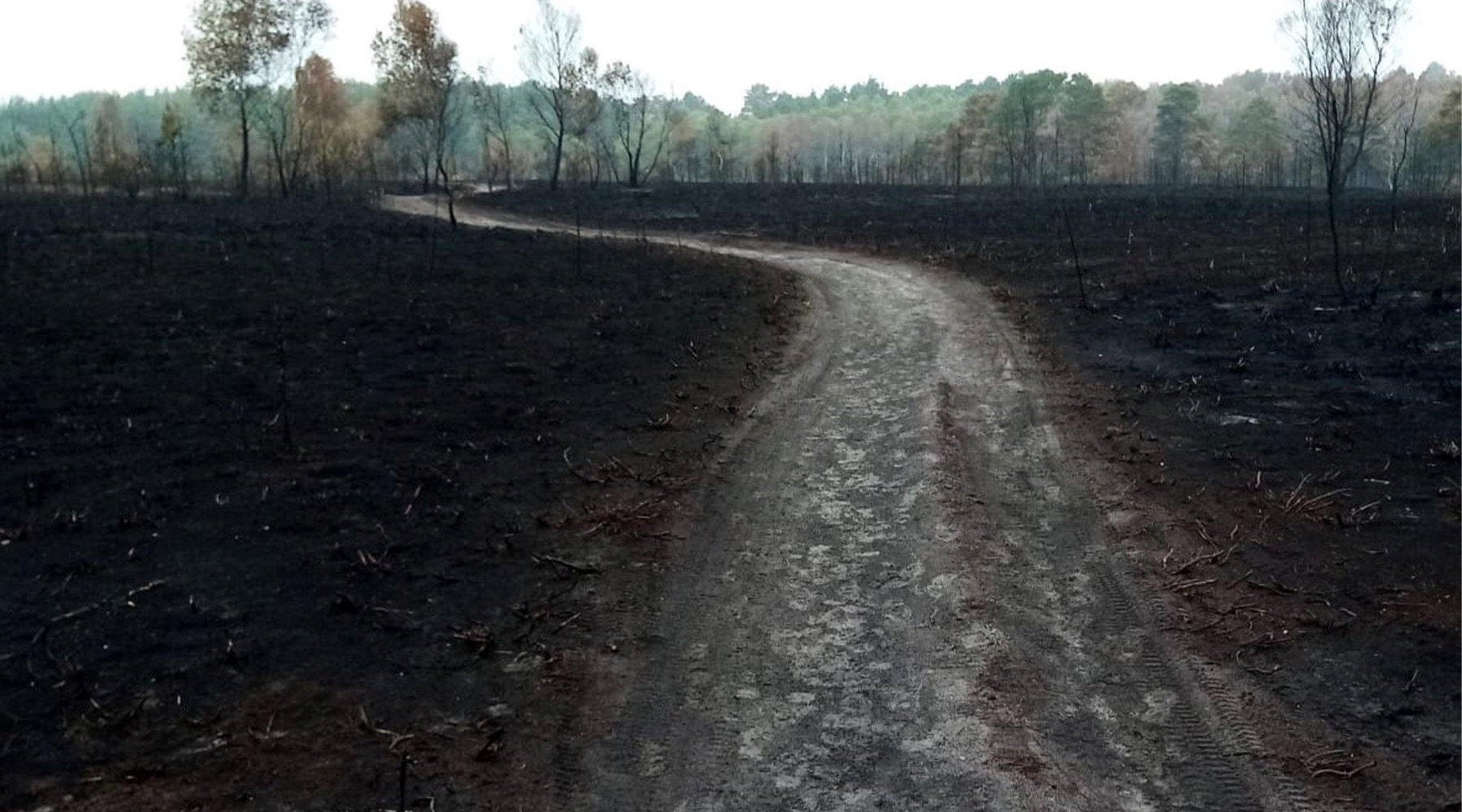 Nevertheless, it was very frightening, particularly as Wilfie, our cat, was ‘home alone’ being cared for by our neighbour. We knew nothing about the fire until she contacted us to ask where Wilfie’s cat basket was, in case he needed to be evacuated. Fortunately, the fires were eventually brought under control, but it was a devastating scene on our local walk when we arrived home, as you can see from the before and after pictures above. And yet, just five weeks later, there are already plenty of signs of rebirth, which I’m sure you’ll agree is truly amazing. 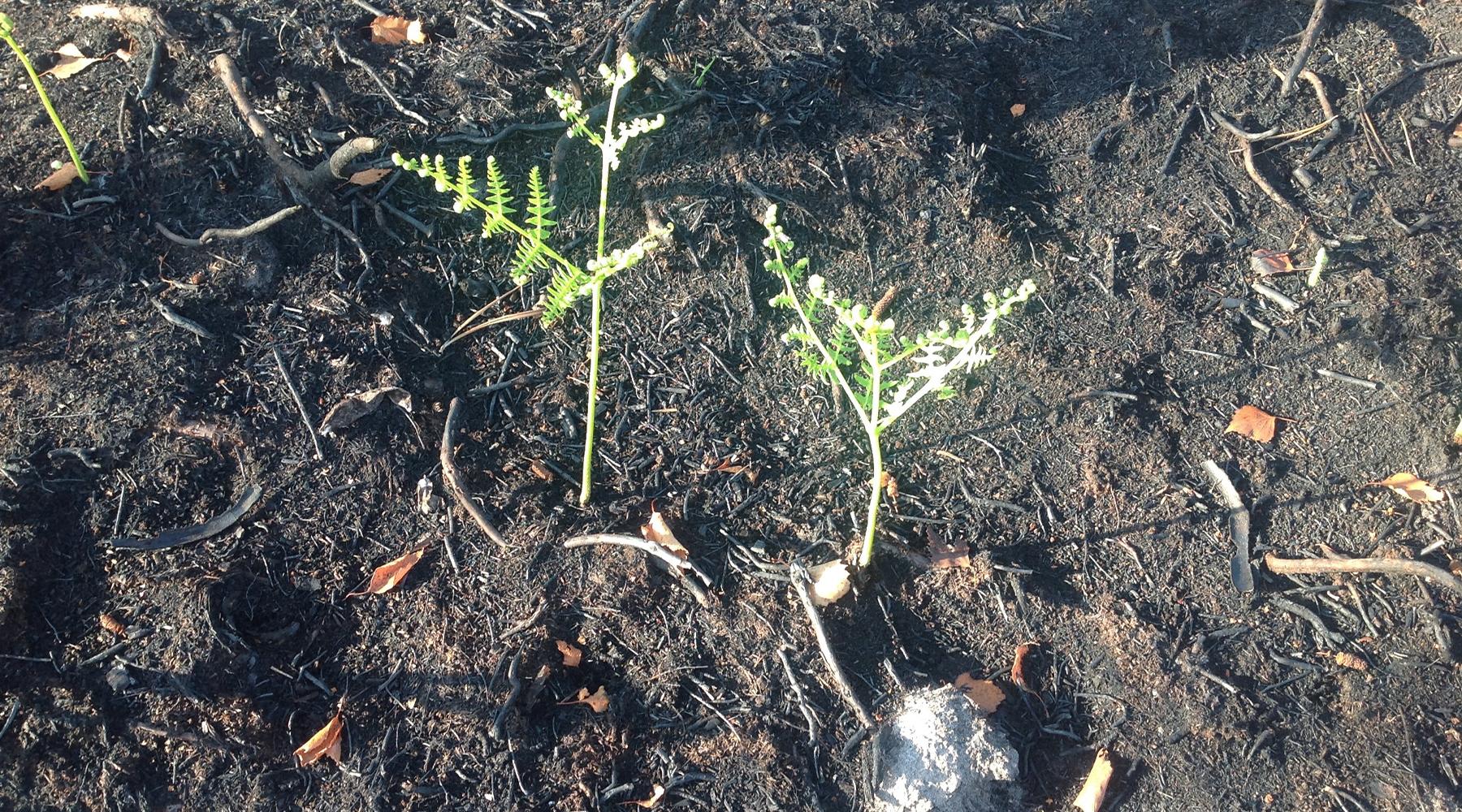 On a much smaller scale, another plant that suffered while we were away was a cyclamen, which I’d inadvertently left on the windowsill in our south-west facing conservatory in thirty-eight degree heat and with no water. As you can probably imagine, it was burnt to a crisp when we got home and I really thought we’d lost it this time, but just look at it now! 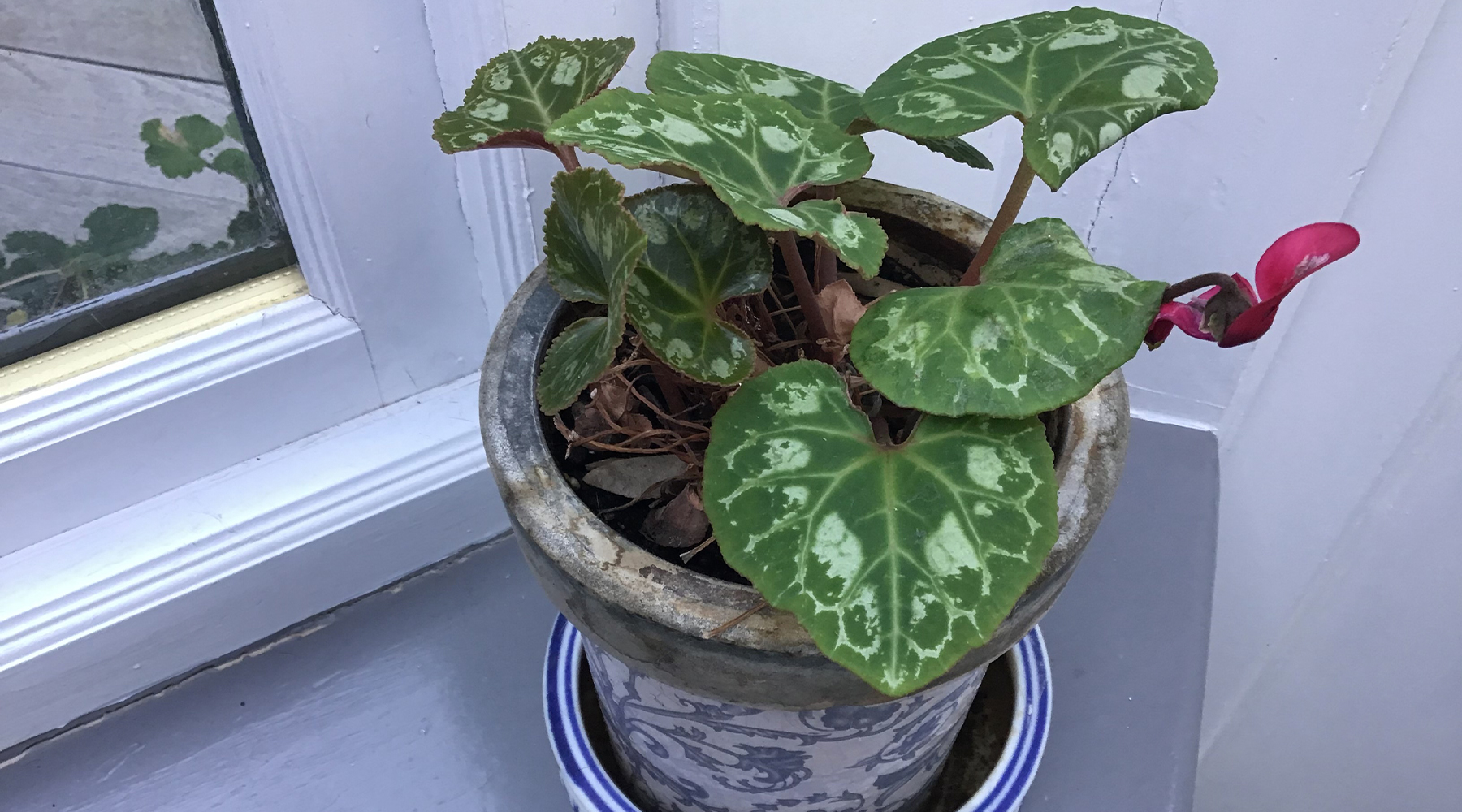 By the way, I say “this time” because this little plant has featured on my blog previously as it has had several close brushes with death. It was originally bought for our daughter, Sophie, by her then boyfriend as a gift after she’d had corrective jaw surgery. She was eighteen at the time, and she is now thirty-two. No matter how ‘poorly’ it appears to be, it always seems to bounce back. I also think its flowers have changed from a lighter pink to this deeper colour – it is the same plant, I promise you!

There’s a bit of a nature theme to this week’s blog as the Ruth Langsford Today’s Special Value this Saturday, which is already on pre-launch here, is animal print. 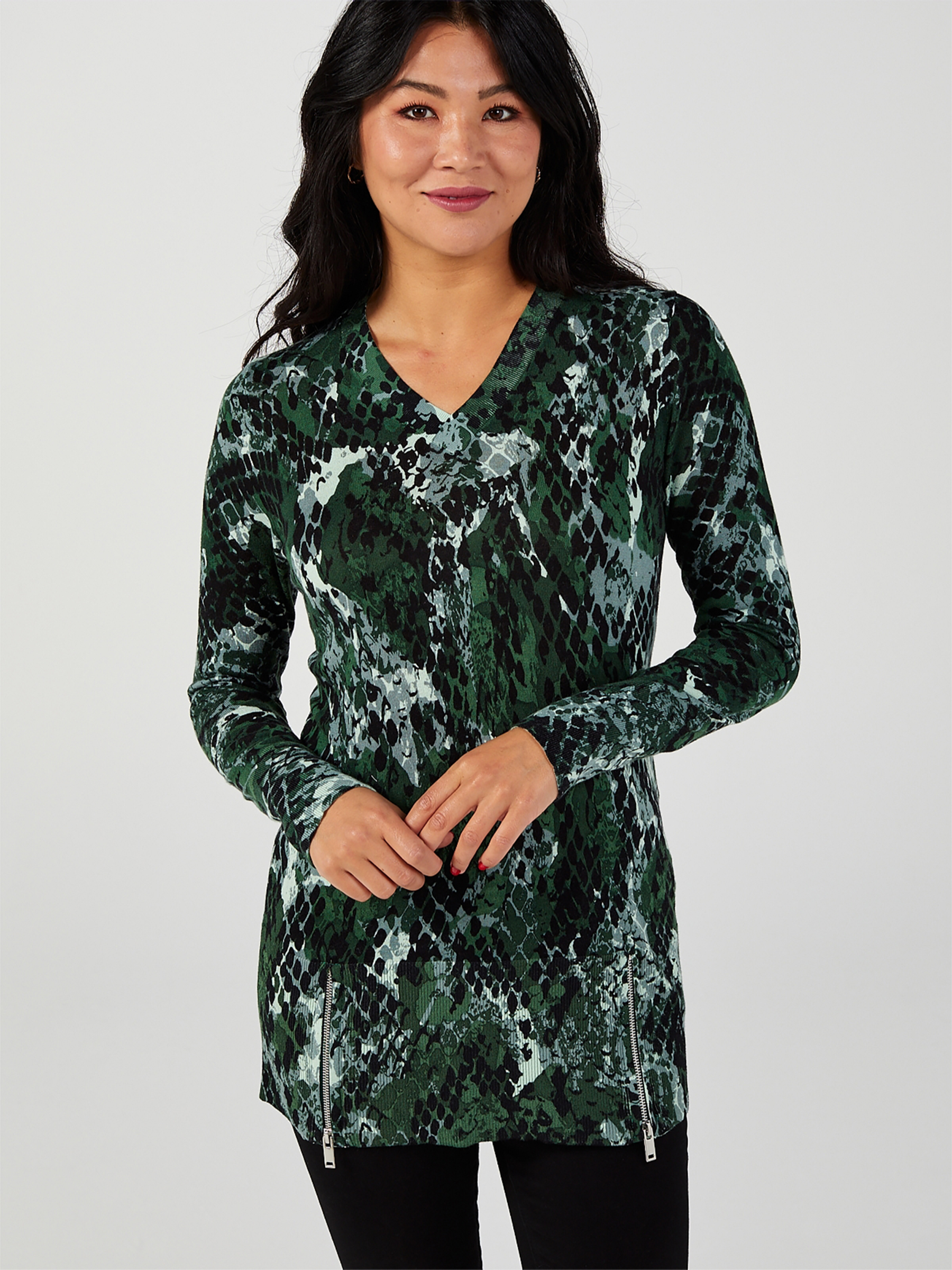 It’s a very breathable 60% cotton and 40% viscose blend and is fairly similar to the leopard print one that Ruth did as a TSV last year that I loved! This one has more of a reptilian/snake look to it and comes in a choice of five colours: Natural, Grey, Cobalt, Emerald and Berry. I’m on with Ruth at 3pm and I’ve also some Cozee Home at 6pm. 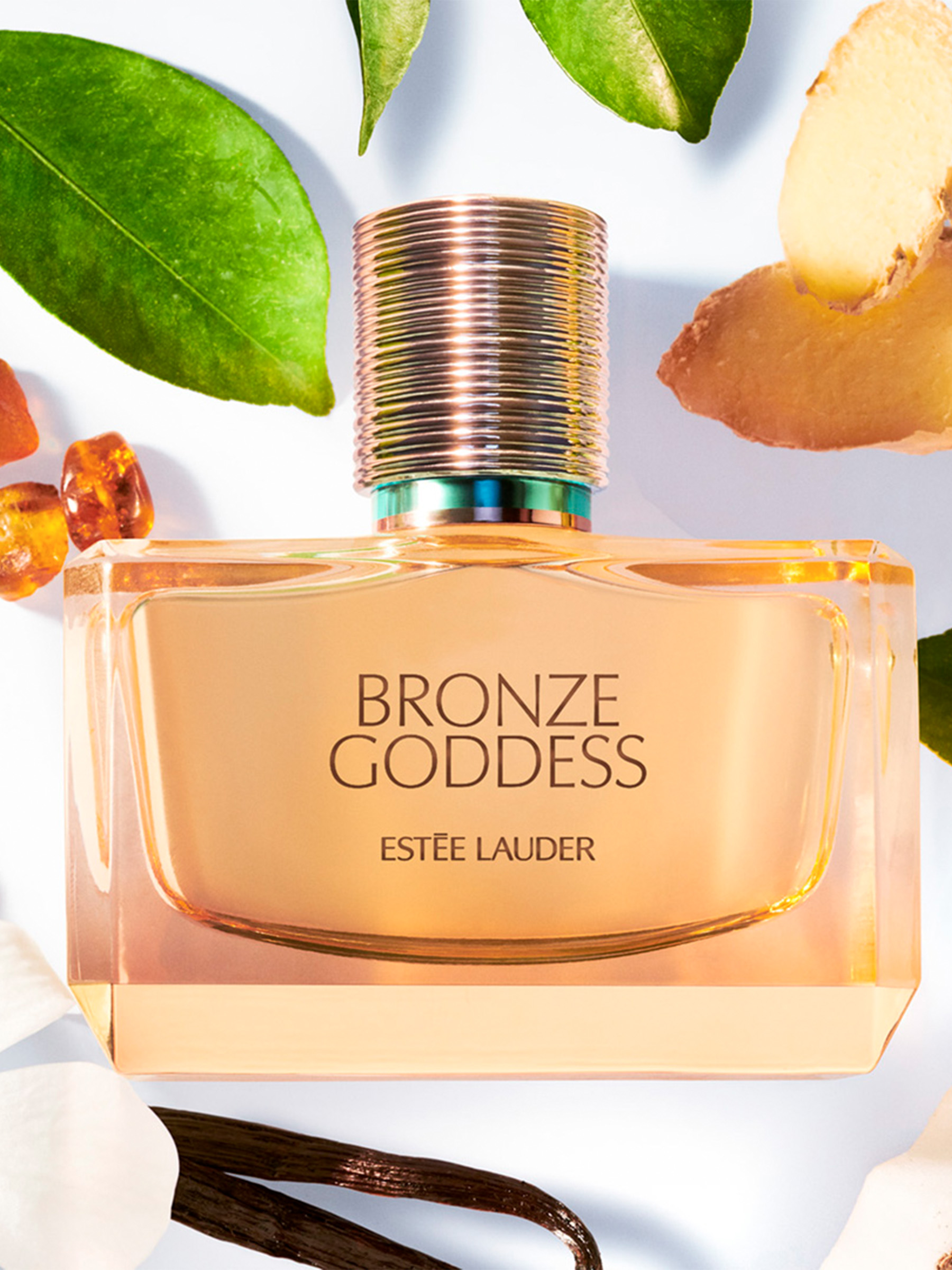 Something else to look out for on Saturday is the premiere show of Estee Lauder with our beauty expert Alison Young. There is already a selection of their products on our website if you want to shop early including two fragrances, Beautiful Belle and Bronze Goddess. 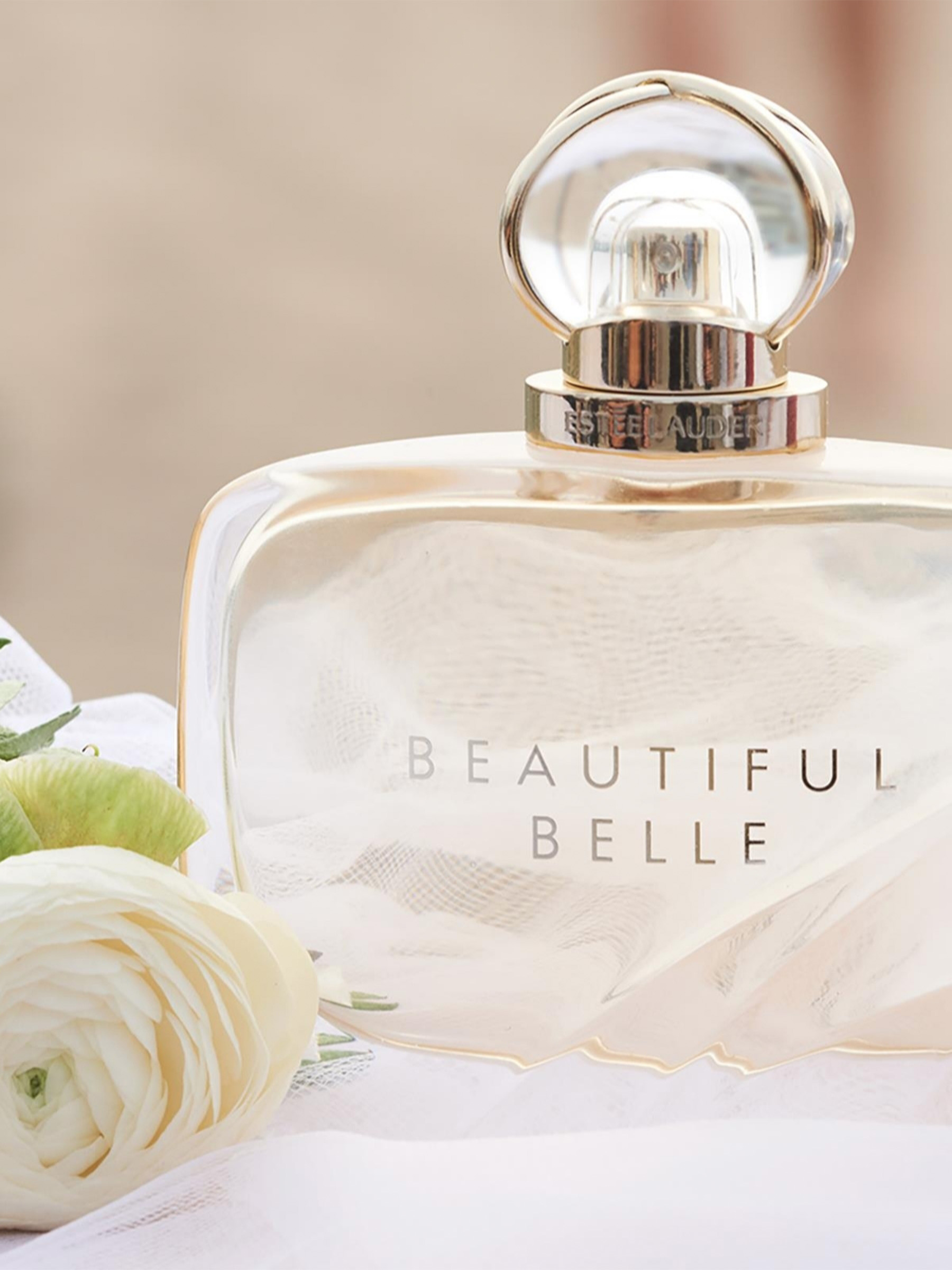 Then Sunday’s TSV is the Amazon Echo Auto… yes – Alexa for your car! The holder is attached to the air vents in your car and the device is held in place magnetically, so that you can remove it if you choose to when the car is unattended. You need to download the Alexa app to your phone and within minutes you’re up and running, provided you have Bluetooth connectivity. 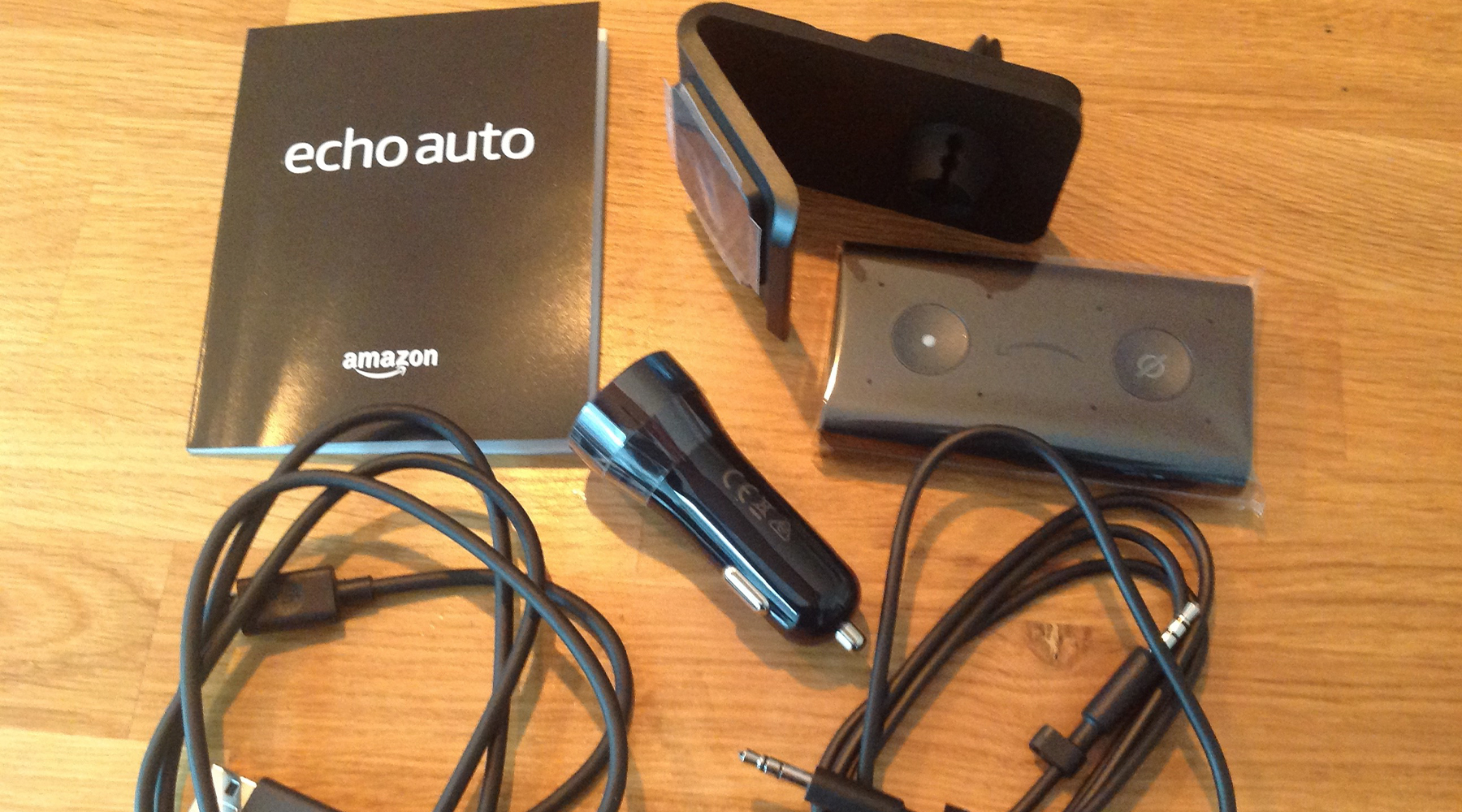 However, as I mentioned on last week’s blog, my car is over ten years old… we discovered an iPod docking station in the glove compartment when we were investigating how to set the Echo Auto up! The good news is that there is also a lead provided to hard wire it, provided you have an auxillary input into the sound system in your car, which most people do. How brilliant to be able to ask Alexa what the weather will be like in your destination while you’re en route and indeed how far it is to your destination, not to mention asking her to play your favourite songs or audio books to keep you entertained on your journey. Just remember to keep your mobile data switched on if, like me, you sometimes switch it off and forget that you have – technophobe strikes again!

I was also meant to be working on Monday, but unfortunately, I have a family funeral to attend, as Chris’s uncle passed away. Then, I’m on annual leave until the 24th September, when I’ll be back with not only the second Estee Lauder show, but also Aeropilates.

I’ve always been a massive fan of the Aeropilates machine, but it has been invaluable in helping my rehabilitation since my ankle surgery in January, particularly as I’ve been unable to see my physiotherapist since March due to lockdown restrictions. I measured my left calf this morning, and it is still at thirteen and a quarter inches, which is two inches less than my right calf. However, my left ankle is so much stronger than it was pre-operation and improving all the time.

If you enjoy my live book reading, I will be doing that as usual Friday night at 8pm on Instagram live (@juliagroberts) and my Facebook page (JuliaRobertsTV), but I will miss next week as I’m hoping to get away with Chris for a few days.

By the way, I don’t know if you heard me mention that I’d found a long-lost school friend on Facebook and sent her a friend request? The good news is she accepted me – just need to work out how to send her a private message now!!

I hope you have a lovely weekend.