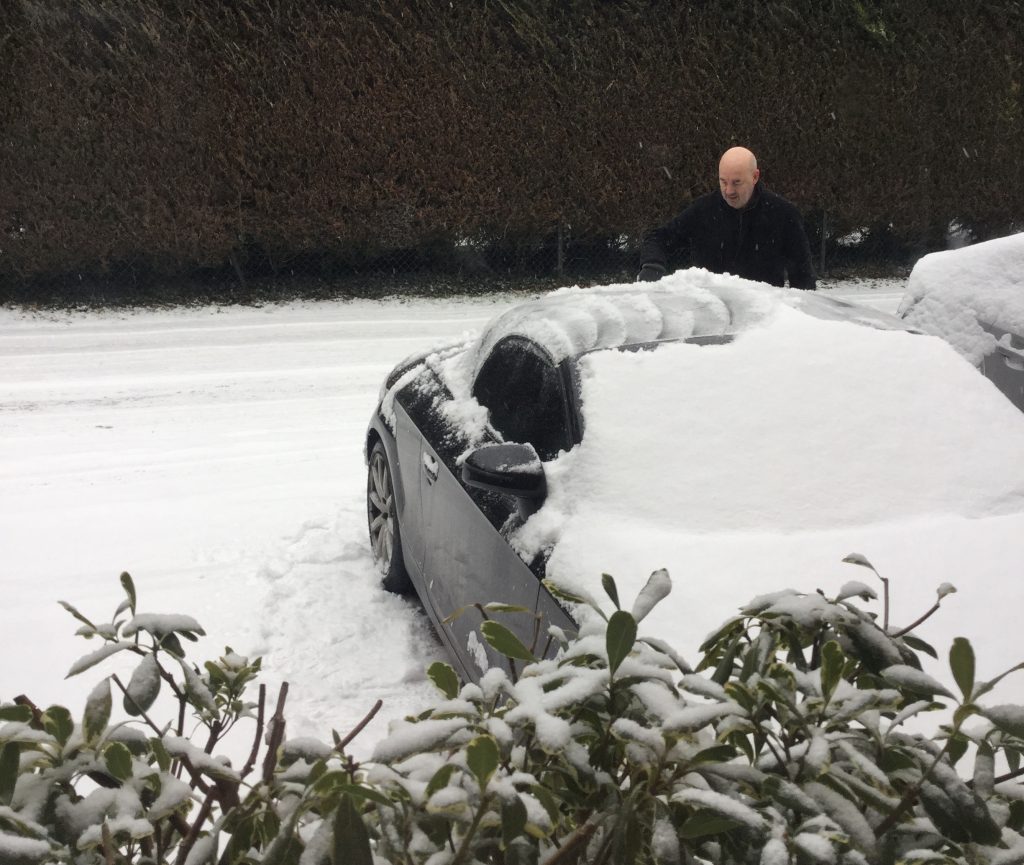 I’m not talking about my age or Chris’s, nor the number of hours of live television I have presented on QVC over the years, although both are relevant to this week’s blog and will be mentioned later! No, I’m actually talking about the milestone reached by my lovely little car this week.

I bought my Audi TT in February 2010, hoping, if not expecting, to get around six years out of her before changing to a newer car. She’s kept outside on our driveway and as you can see, has endured all sorts of weather. I have considered upgrading a few times but the truth is, I love driving her so can’t really see the point. I don’t do a huge number of miles normally, but the recent stay at Debbie Flint’s in Devon, with the day trips out to the coast, followed by visiting my mum in Nottingham for her birthday, has tipped the number of miles I’ve driven in her over the one hundred thousand mark!

I had her MOT’d before our holiday, just as a precaution as it wasn’t necessary until December due to the virus, and all she needed was a new indicator bulb. I’ve probably jinxed her now, but I do hope not. Unlike my friend, Denise, whose car gave up the ghost after they’d been over to our house to help us celebrate our first wedding anniversary – what a rotten end to a lovely evening.

We’ve had more celebrations this past weekend, as it was Chris’s birthday last Sunday. I got Chris an Amazon Echo Dot with time display, to have at the side of the bed. Having resisted having the Amazon Echo in the house, I was converted after having music on tap while staying at Debbie Flint’s. Funnily enough, our Today’s Special Value next Sunday is the Echo Auto for your car – more on that on next week’s blog.

After opening his cards and presents, I spent the rest of the morning making two spinach, walnut and cottage cheese lasagnas, as they are a favourite with all the family, before heading to Windsor for a game of crazy golf. As you can see from this selfie, it was a reduced price for senior citizens but the chap in the kiosk went one step further and gave Chris the round for free as it was his birthday. Even better, despite having two keen golfers in our midst, Chris snuck a win from our son Daniel by one point! 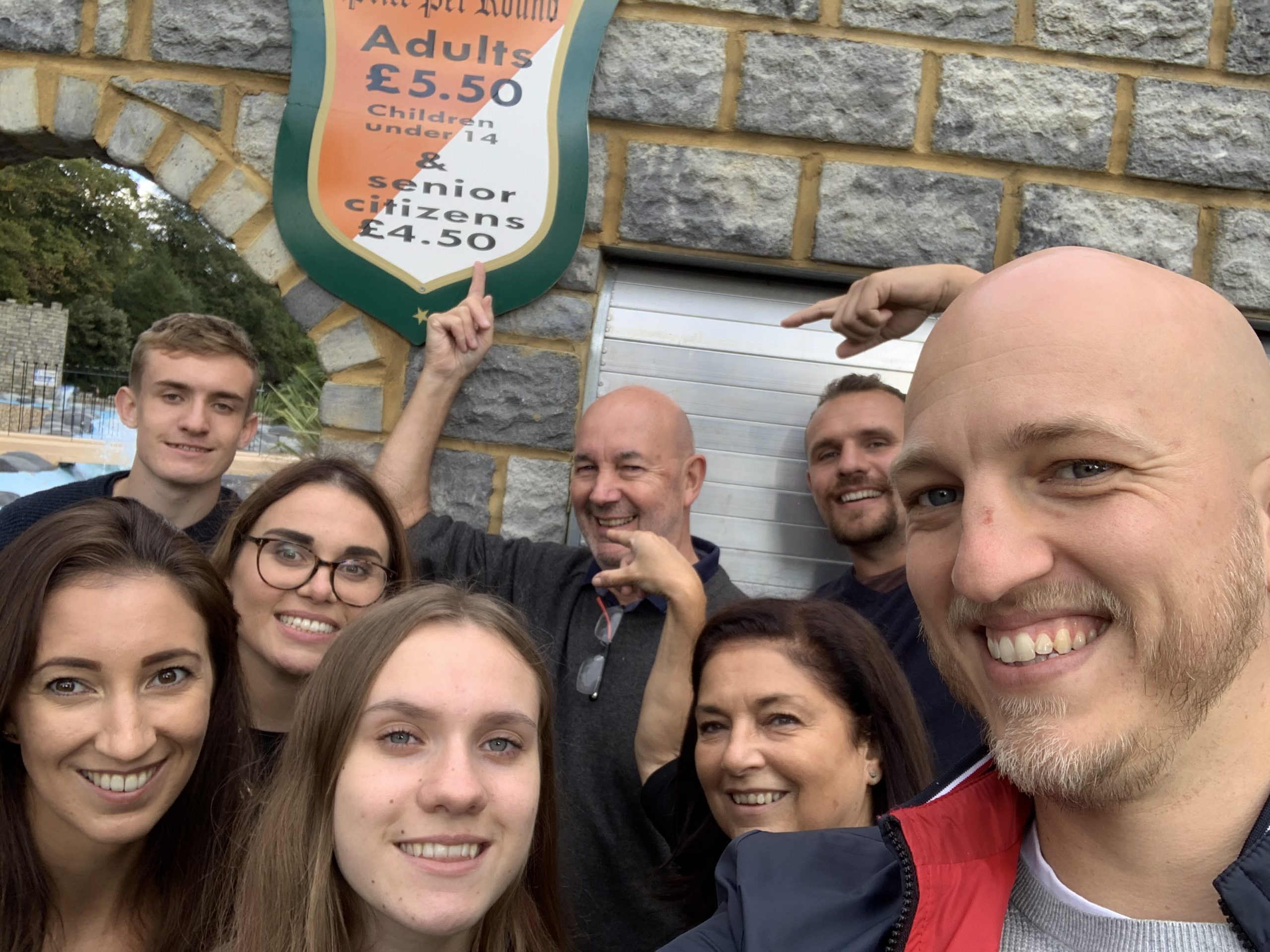 After dinner we enjoyed chocolate birthday cake, made this year by our daughter Sophie and her partner’s daughter Amber. 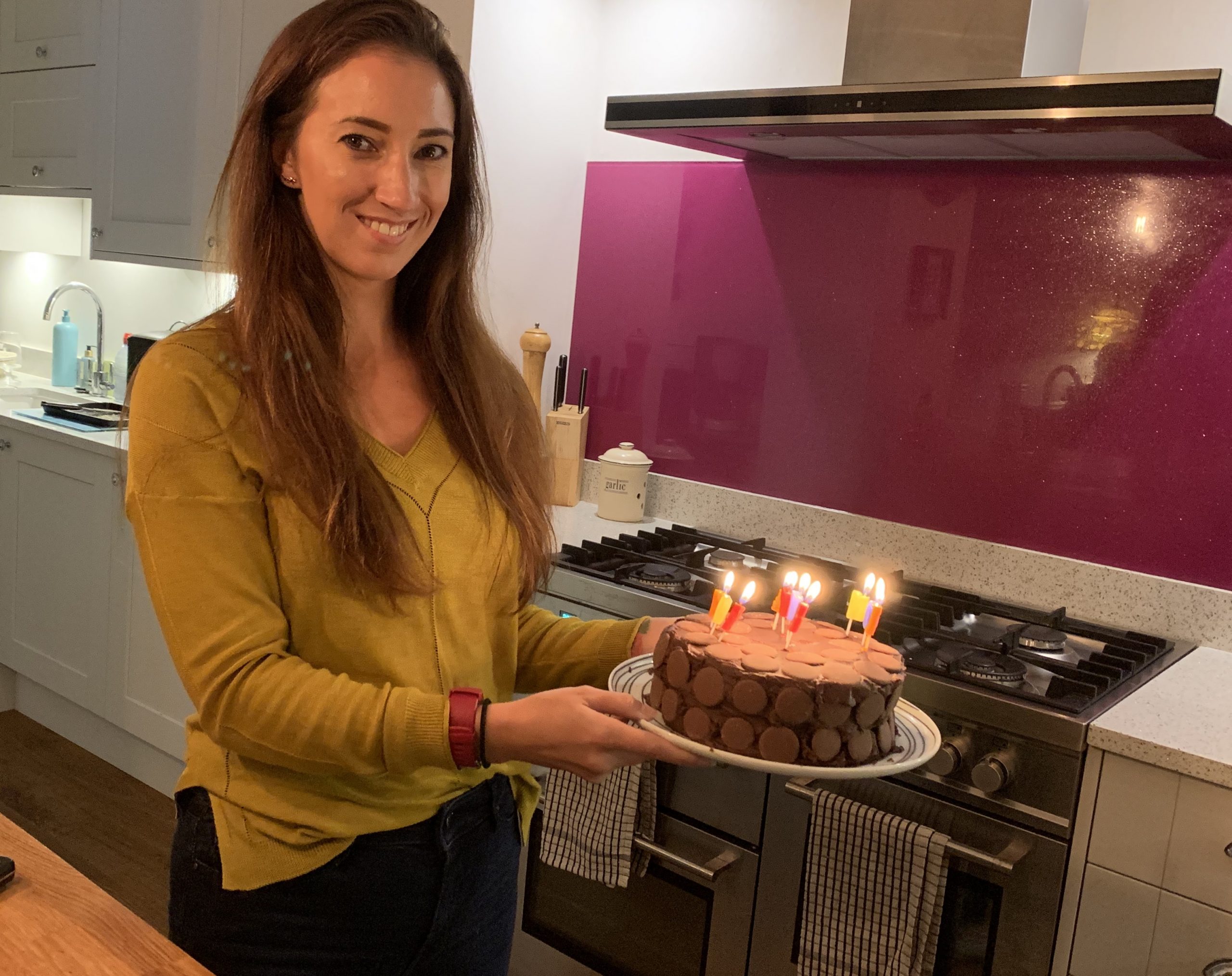 Just as an aside, I haven’t had to make many birthday cakes this year – not my own (Katie and Dan did it), my mum’s (her friend did it), nor Chris’s… I’m starting to feel a bit redundant in the cake making department, although I did throw a quick Luscious Lemon Cake together before work yesterday just to keep my hand in. The surprised expression on Chris’s face was when he read the candles… Not Long Now, which I’m hoping Sophie intended as ‘not long now until we’re all eating it’! 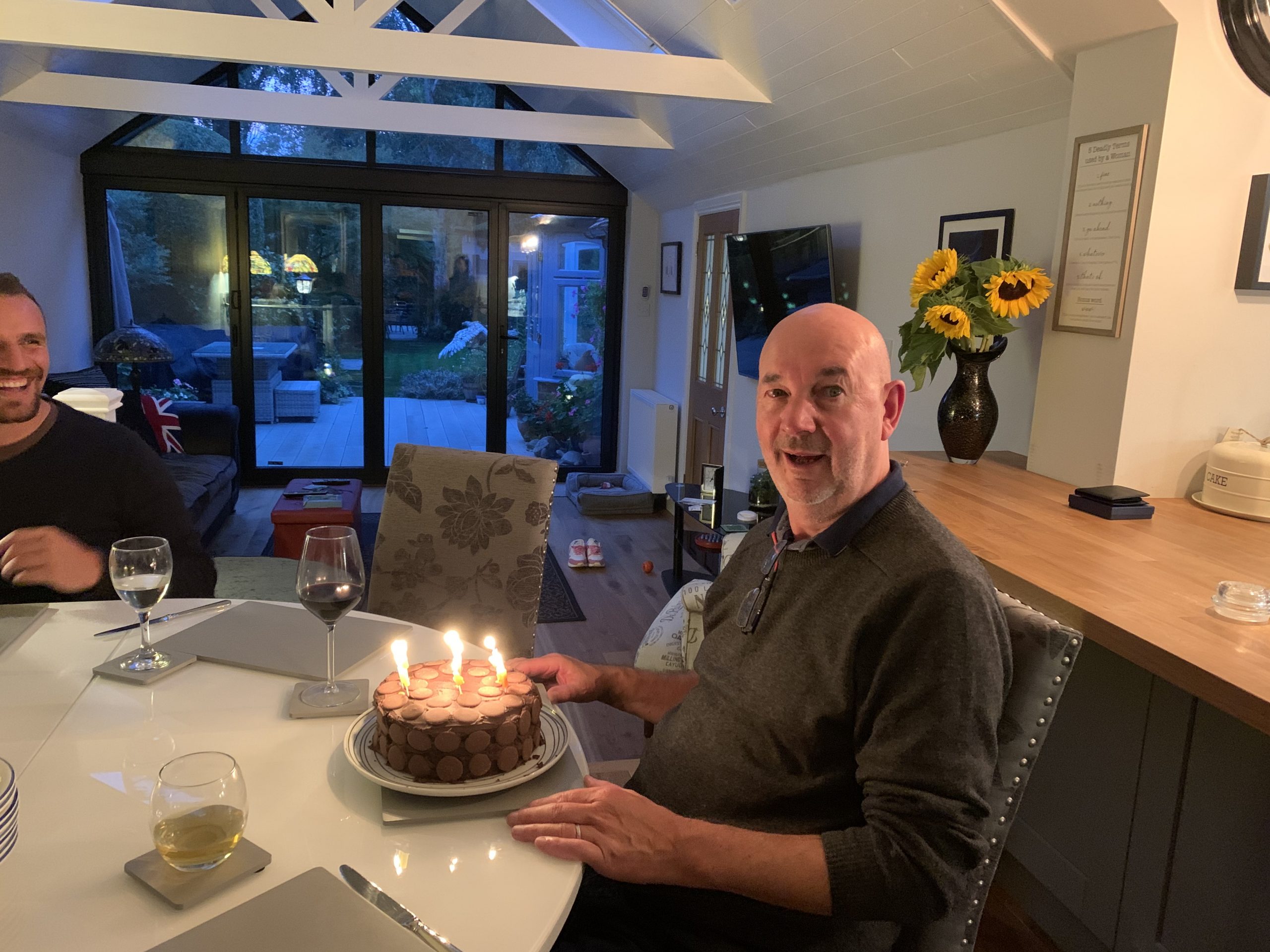 So, earlier I mentioned about how many hours of live television I’ve presented on QVC. To be honest, I have no idea, but what I do know is that exactly twenty-seven years ago today was my first day working for QVC. Our first day was actually a photo session and this picture went on to be my QVC Presenter publicity card – I loved that jacket and still have a passion for orange. 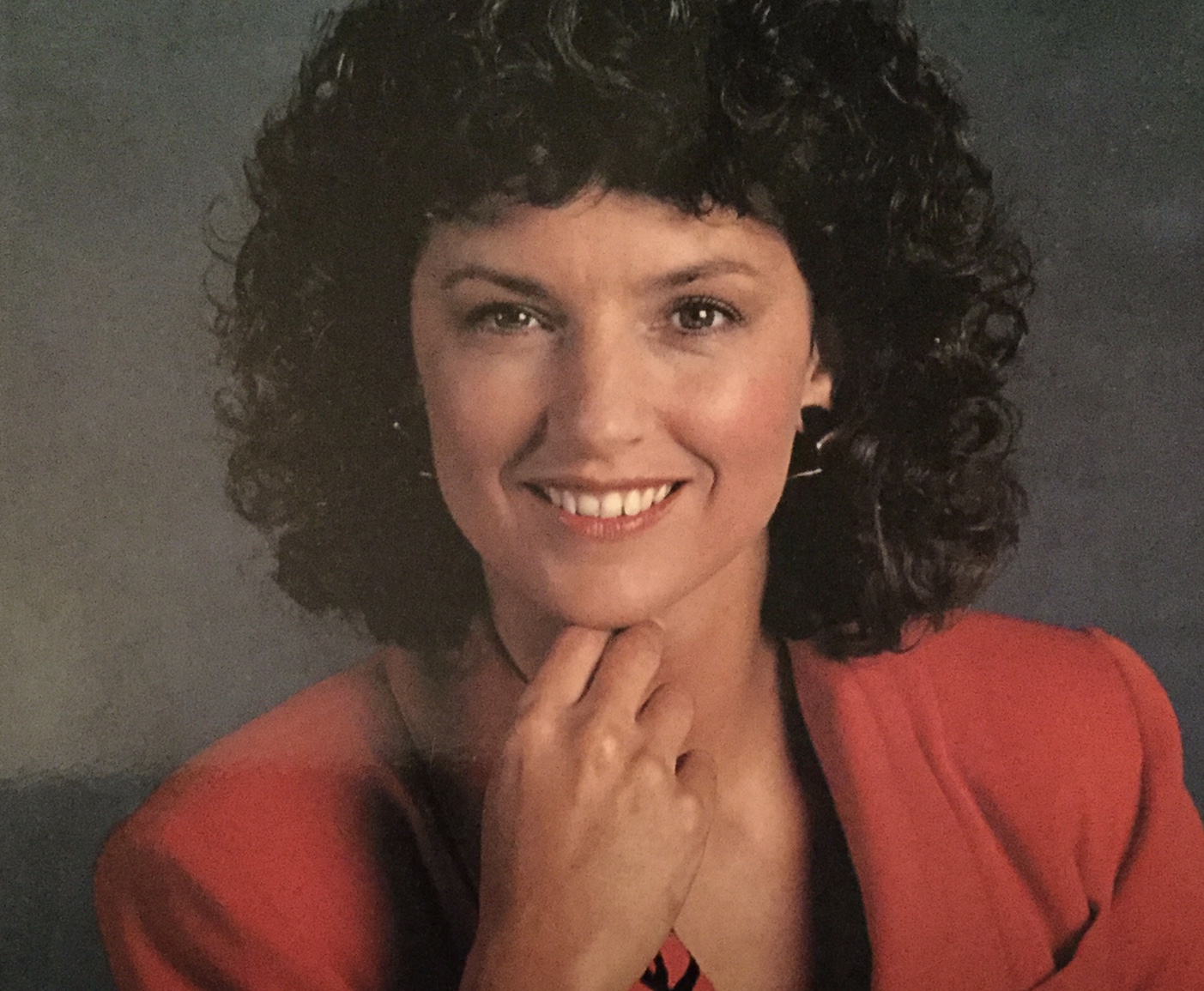 Last Sunday’s dinner was veggie lasagna, but last nights was veggie pies courtesy of The Real Pie Company. I’ve tried the Chunk of Devon veggie pies previously but not these and I have to say I was very impressed with the quality. They are going to be the Big Deal on the main QVC channel next week and will be available in both meat and vegetarian options. 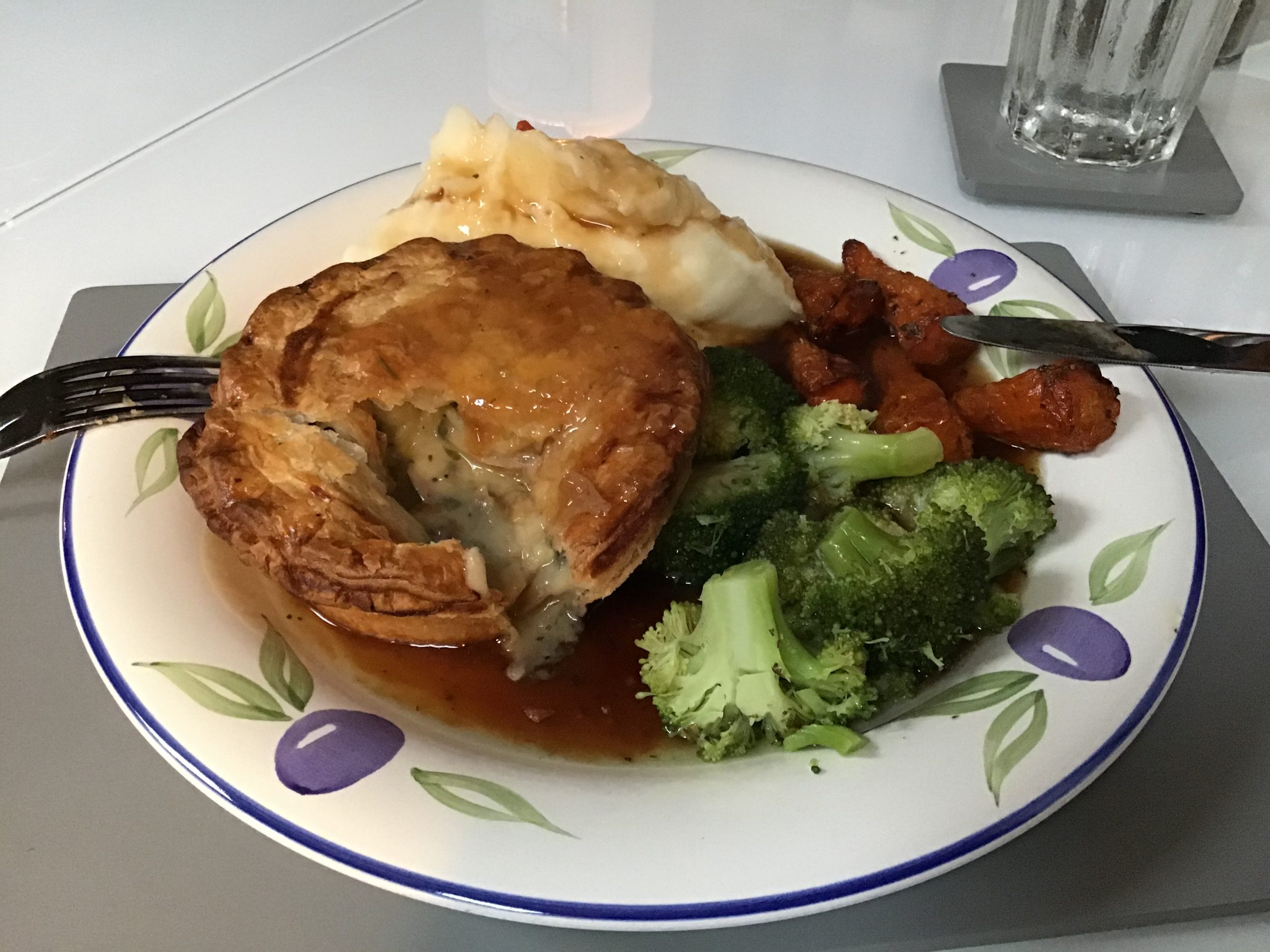 The veggie option gives you three each of four varieties which are: Cheese, Potato & Onion, Chickpea Curry, Mushroom, Spinach & White Truffle Oil, and Chestnut Mushroom, Leek & Stilton. I had the last one on the list and you really do get a good flavour of stilton. We chose to have ours with mashed potato, roasted carrots, steamed broccoli and gravy. It all tasted even better, as Chris had it ready for me when I got home from work. 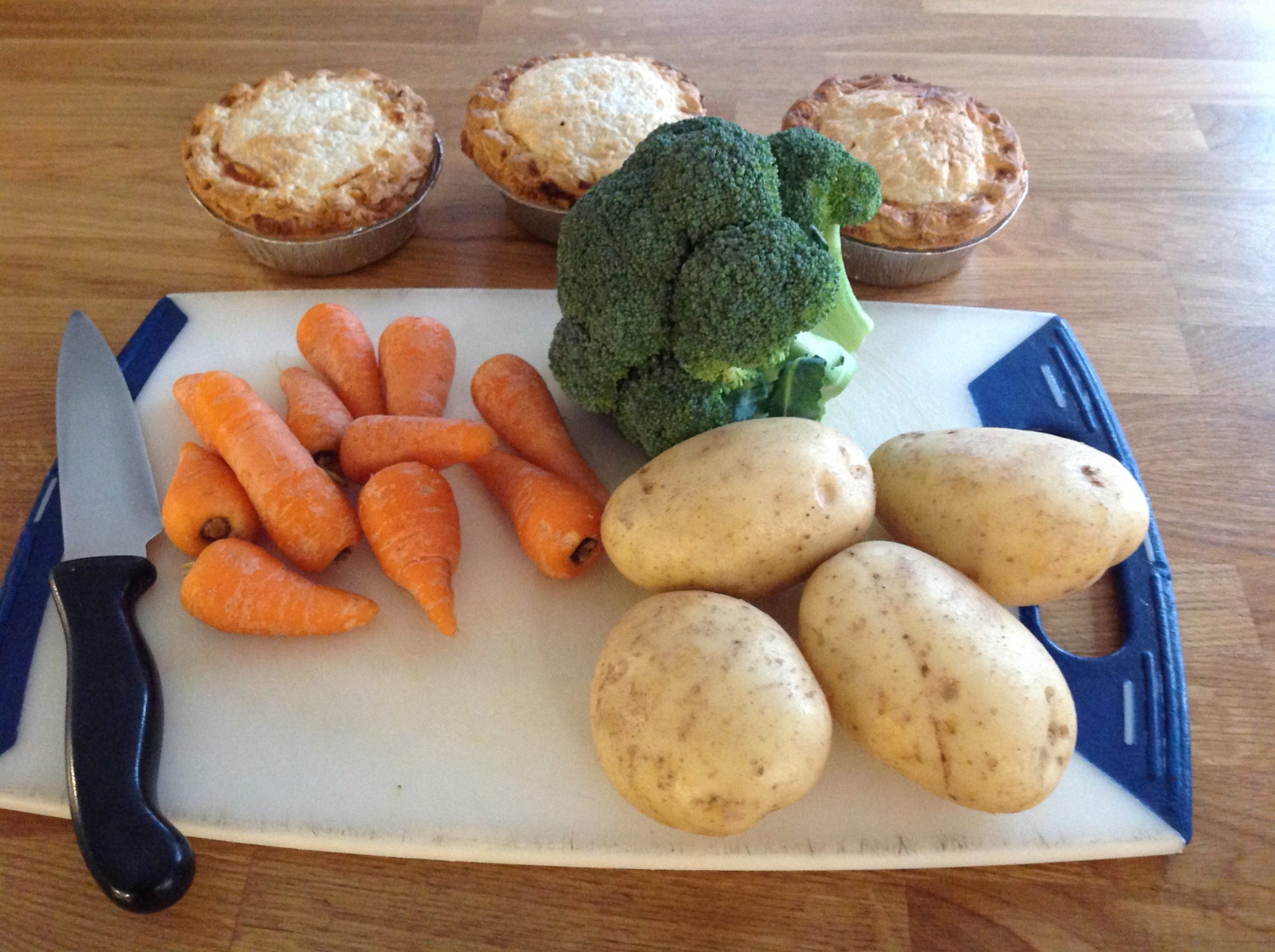 Speaking of which, I’ll have to finish there as that’s where I’m headed for Fashion on Friday at 5 p.m. and another show with the lovely Tova Borgnine at 6 p.m. Then it’s a mad dash to get home for my 8 p.m. reading on my Facebook page, JuliaRobertsTV and Instagram Live, juliagroberts. This week we’re making a start on book two in the Liberty Sands trilogy, If He Really Loved Me.