Paddling furiously beneath the surface… 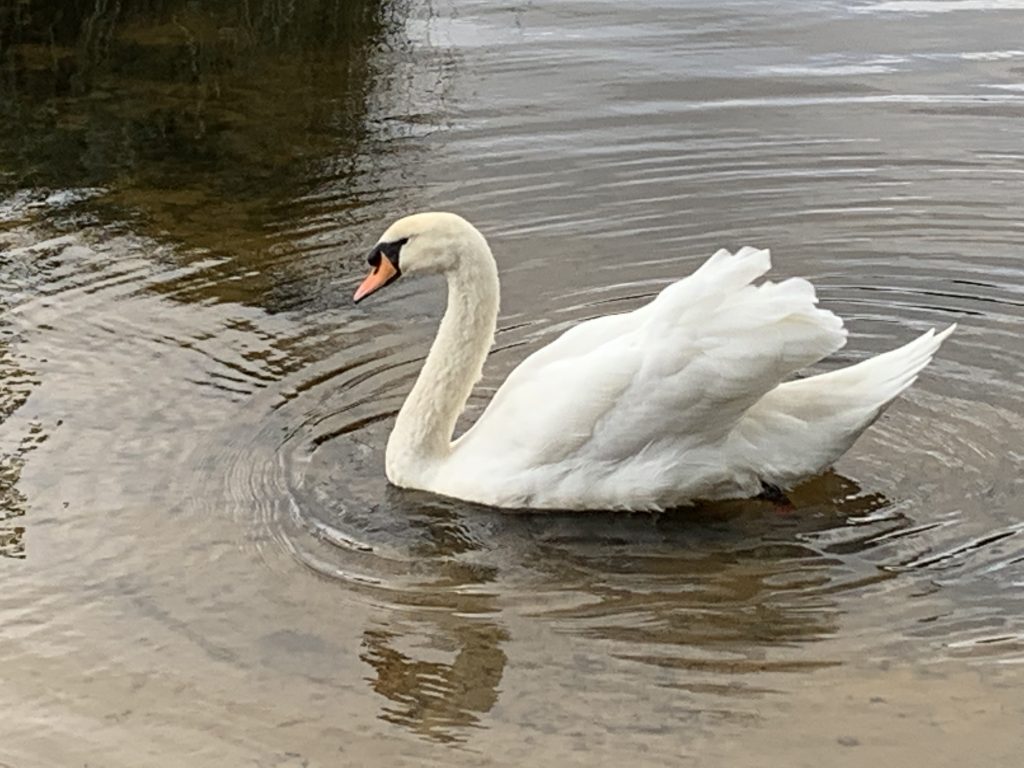 This gorgeous image of a swan that I snapped while we were out walking the other day is usually representative of my life. Everything seems smooth and calm on the surface, while beneath I’m paddling furiously to keep moving forwards, which I’m guessing is how a lot of us are feeling at the moment. Quite often my run of five days off from QVC is spent writing or editing but, having met my latest line-edit deadline and not due to receive the copy edit until next Friday, I unusually found myself with time on my hands. By the way, I now know the title of my next book and I’ve seen the cover, which I absolutely love, but it won’t be officially revealed until Tuesday when the book goes on pre-order so I can’t share with you on here until next week… Exciting!

So, back to having time on my hands; I had a lazy-ish weekend of cooking, a tiny bit of gardening, physiotherapy and some watching of television, but by Monday I felt the need to be ‘doing’ something, so tidied my desk and prepared my accounts to send to my accountant, and had a chat with my editor at Bookouture, followed by a physio session with extra repetitions. I have my next appointment with my physiotherapist on Wednesday, so the pressure is on to have made the progress she is expecting.

As an aside, it’s World Polio Day tomorrow. For those who don’t know, the reason for my ankle surgery earlier in the year was to reposition my foot and strengthen both my ankle and my calf. Because of the global pandemic, it might seem less urgent to rid the world of polio, but actually, it’s more important than ever that the vaccination programme continues.

Once we return to long distance air travel, the risk of one carrier infecting a few people who haven’t been vaccinated could see cases multiply very quickly. There is a vaccine against polio; the paralysis and death it causes is preventable. It would be a tragedy if the progress made by Rotary International and their vaccination programme was lost.

Maybe because Monday was quite busy, we decided to have a more relaxing day on Tuesday, if you can call walking almost six kilometres relaxing. Mind you, when the walk is next to stunning Virginia Water, it is certainly more of a pleasure than a chore. 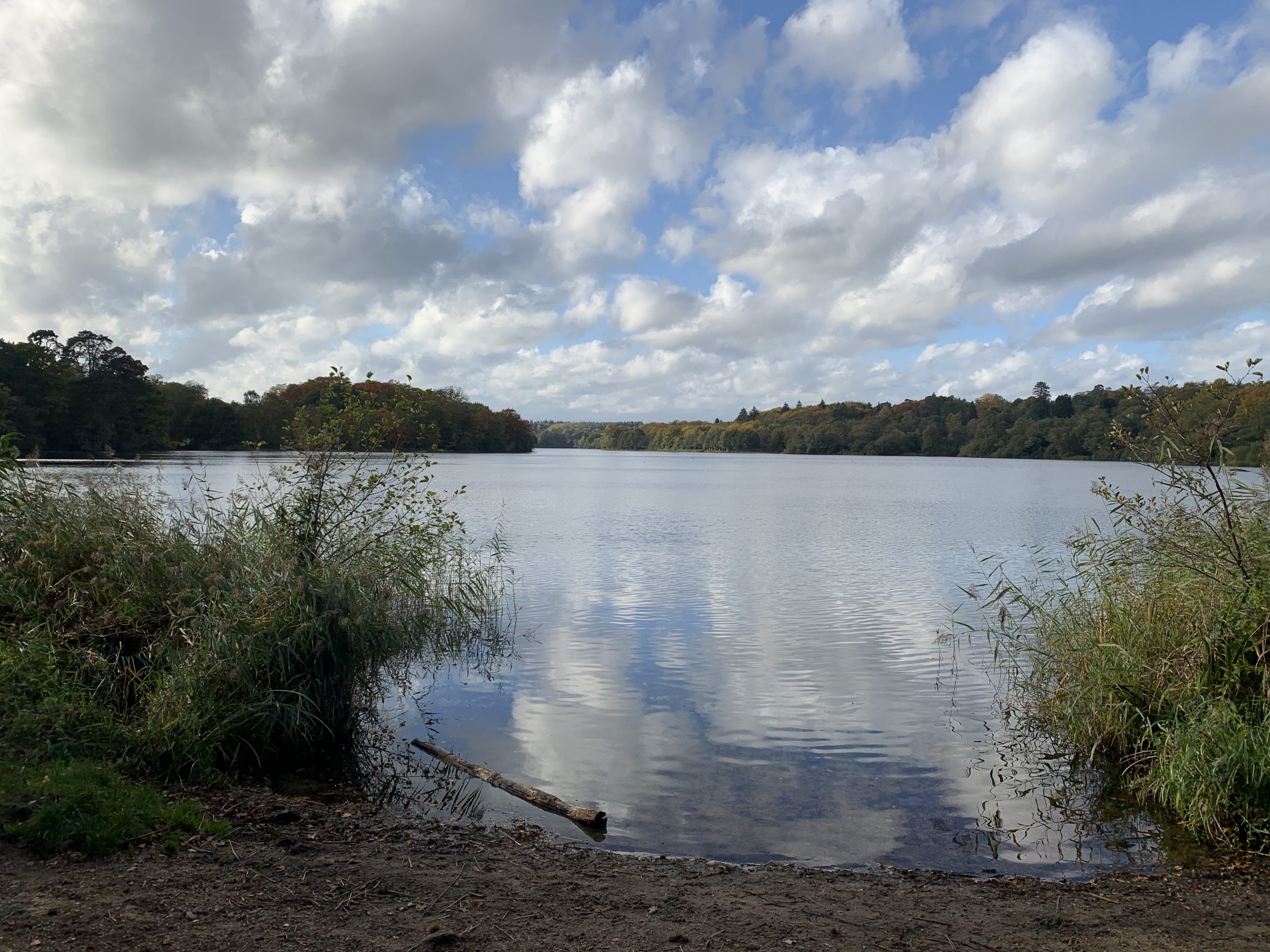 Although I love summer sunshine, Autumn is hands down the most colourful season of the year and it was truly a feast for the eyes. The lake itself, with its resident wildlife, is calming and restorative but I also love the sound of rushing water at the falls, which makes a valiant effort at drowning out the sound of traffic noise. 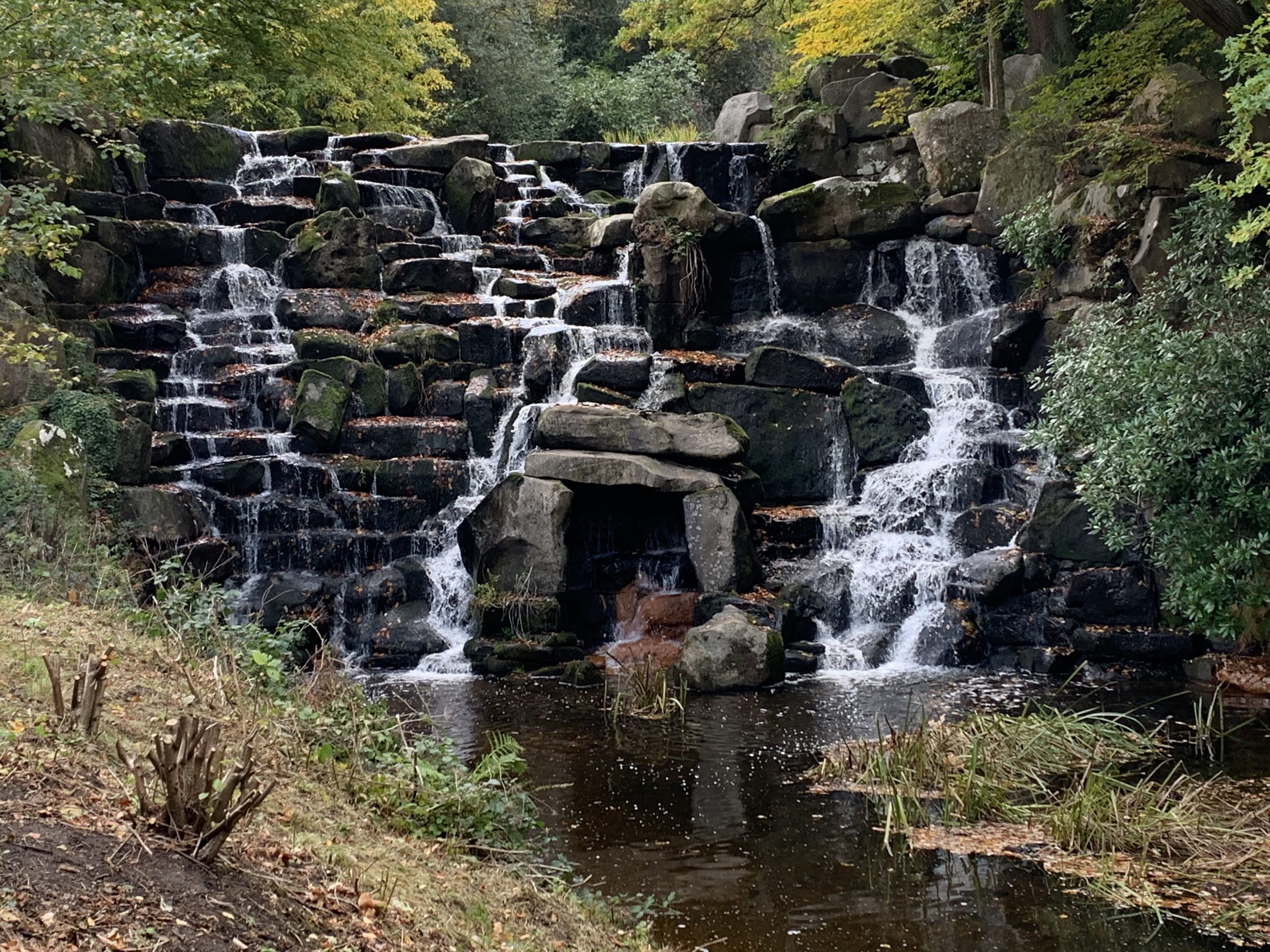 It seems we’re not the only ones to appreciate the wonders of nature. This photo of Wilfie watching the birds in the tree outside our landing window made Chris and I laugh. He was there mesmerised by them for over an hour, almost as though he was watching them on television. Interestingly, although they must have been able to see him, the birds seemed totally unperturbed by his presence. 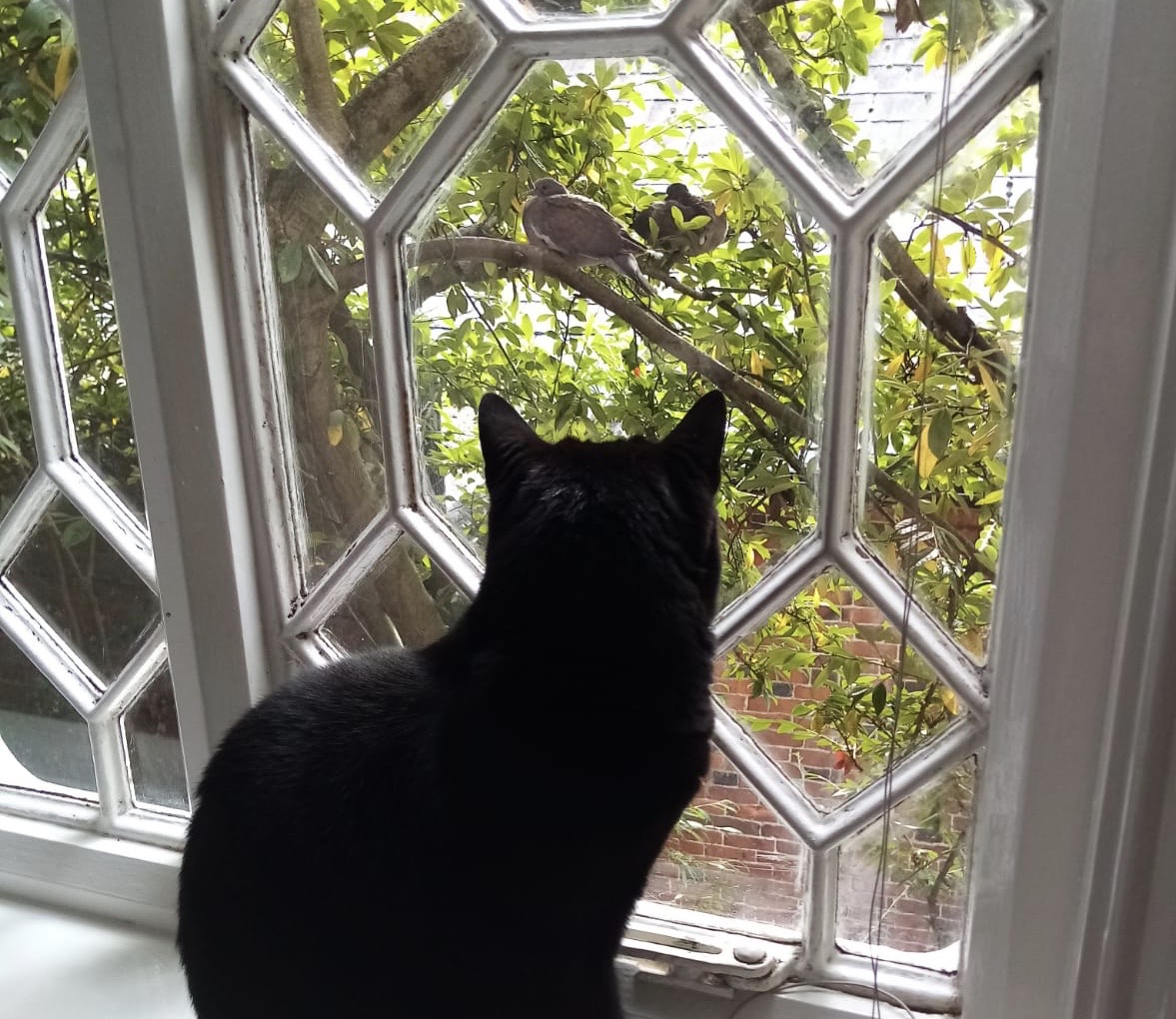 Well, I was back at work yesterday and I wonder if any of you saw who my guest was on the midday Diamonique show that I mentioned on last week’s blog? I didn’t want to say Alison O’Reilly would definitely be doing the show, just in case there was a last-minute hiccup and I didn’t want to disappoint. 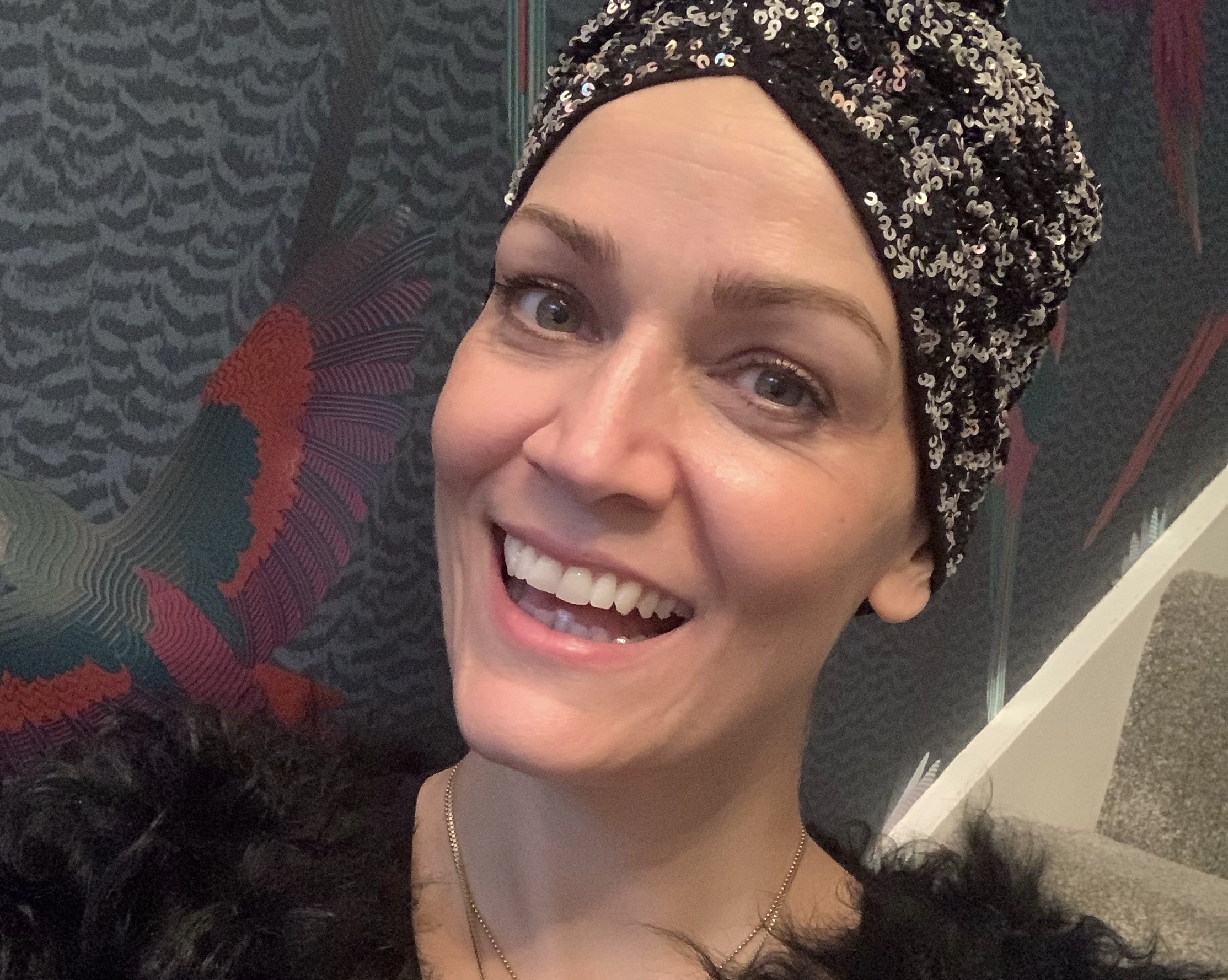 It was so lovely to see her via video link and looking so well after everything she has been through with her health in the past year. I’d spoken to her on Sunday, and she was so excited to be coming back to QVC. From my own experience of battling blood cancer, I know how important it is to have a semblance of normality in your life and she messaged me afterwards to say how good it felt to be back. Thank you to everyone who messaged on social media – they have all been forwarded to Alison and will give her a tremendous lift, I’m sure.

We had some beautiful sparkly pieces in the show, but if nothing took your fancy, I have more Diamonique Gift ideas on Wednesday at 6 p.m. and some Michelle Mone Diamonique next Friday at 6 p.m.

Prior to that, I have two different types of sparkle; Butler & Wilson World, a range of tops I personally adore, on tomorrow at 5 p.m., and sparkle for your home with Julien Macdonald on Sunday at 2 p.m.… both shows I’m really looking forward to.

Also, on tomorrow, although already selling well on pre-launch, is our Laura Geller Today’s Special Value. We all know The Beatles were the ‘Fab Four’ – well this gift-boxed collection is called the ‘Fav Five’ and features five favourites from Laura’s range, three of which I use regularly… I’m yet to try this actual mascara, but her formulas and brushes are great, as you would expect from a top make-up artist. 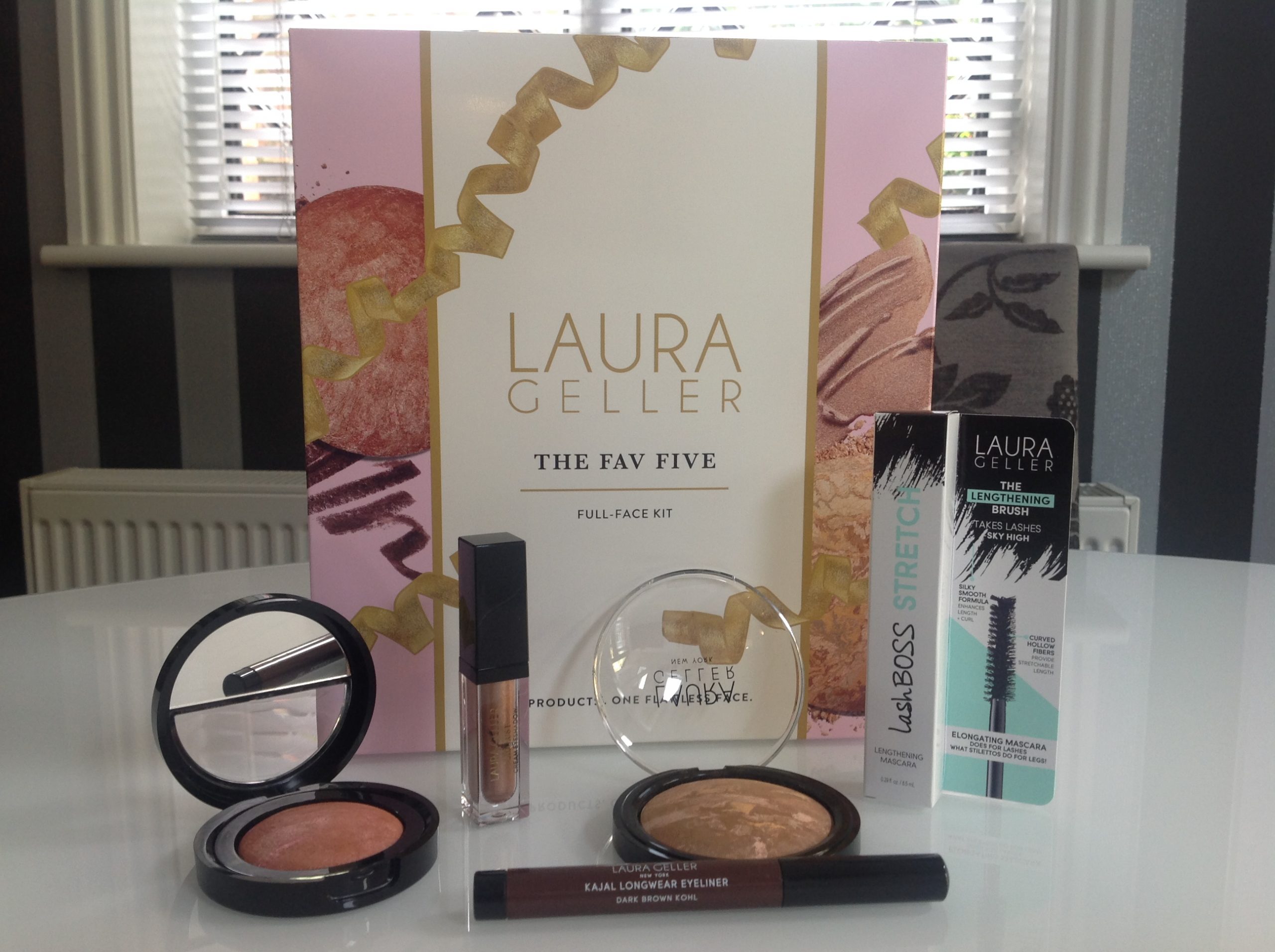 So, in the box you have Balance-n-Glow in your choice of colour. It’s my preferred foundation from her range as I find it less drying on my skin and it gives a beautiful ‘glowy’ finish as the name suggests. Blusher, a slightly different shade from my current one of Laura’s, but very wearable, and the Kajal crayon in dark brown, which I use to line the inner rims of my eyes both top and bottom – it’s fab! The two products I haven’t yet tried are the eyeshadow and, as mentioned above, the lengthening mascara, so I’m looking forward to giving them a go today. I don’t have a show with the Today’s Special Value, but I have a hunch it might sell out early.

Well, that’s about it for this week – we’re meeting Dan’s girlfriend, Katie’s parents’ tomorrow for the first time and I’m cooking my veggie lasagna… I hope they will like it. See you tonight at 8 p.m. on my Facebook page and Instagram Live for more Alice in Theatreland if you enjoyed the start of the book last week.