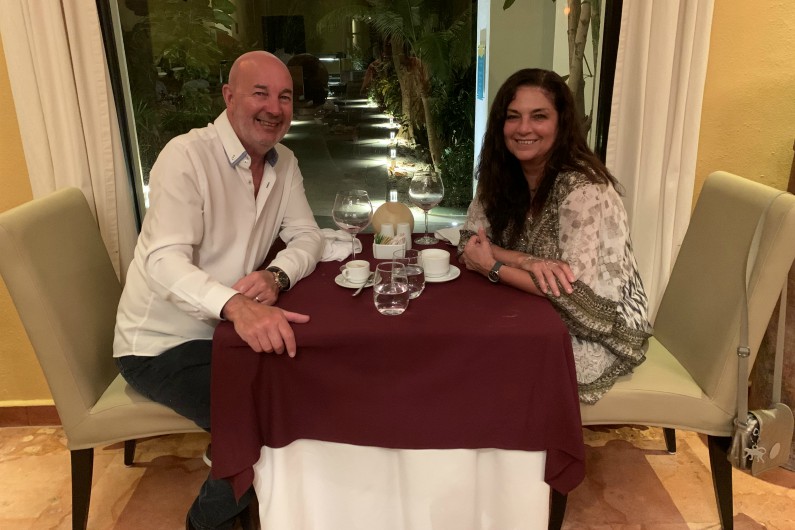 When I last wrote on here, I wasn’t sure if we were going to manage to get a holiday booked as we had left it rather last minute. I finished work on the Friday, booked the holiday on the Saturday and we were on a flight to Mexico on the following Wednesday. We stayed in a place called Akumal, near Tulum on the Riviera Maya, thanks to a recommendation from Alison Keenan who visited last year.

It was our first time in Mexico and I don’t think it will be our last, but hopefully next time we will be able to get out and about and see the Mayan ruins. It wasn’t an option this time because my ankle has been increasingly troublesome and I can’t walk long distances, particularly on uneven surfaces. In fact, this holiday really did serve as a reminder, if I needed one, of just why I am putting myself through tomorrow’s surgery. One of my favourite things to do, for as long as I can remember, is to go for a long walk along the beach… any beach: Saltburn, Woolacombe, Barbados or circumnavigating a Maldivian island, I love them all. On this holiday, it was a good job our room opened up onto the beach, so at least I only had to negotiate a few steps on the soft sand before flopping down on my sun lounger and even those were seriously uncomfortable. I was also a little time poor, as I’ll elaborate on later. 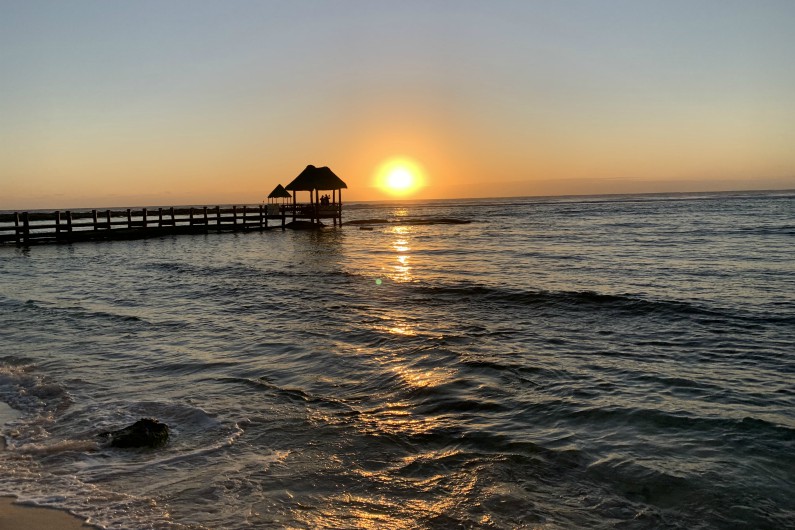 I’m not usually one for getting up to watch the sunrise, but Mexico is five hours behind us so we experienced minor jet lag and were up before dawn most mornings. From the vantage point of the decked area outside our room, we were able to watch the sun rise over the horizon each morning before heading to breakfast and getting back to take up our position on the beach before 9 a.m., both suitably protected with Ultrasun Tan Activator SPF 30. I’m always sensible in the sun and don’t sit out in the midday sun but I can report that both Chris and I have come back with warm golden brown tans and no tinge of pink. 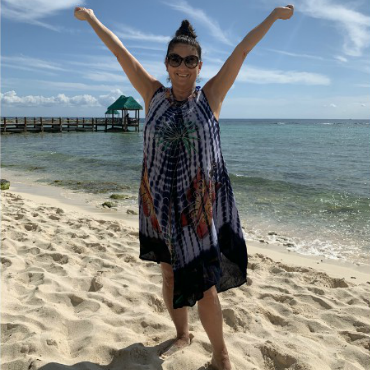 Although we couldn’t get out sightseeing, there was plenty to do and see in the resort, including visits from some of the native animals. This was a baby iguana which visited our decked area, but the room next door had an adult one and it was pretty big. 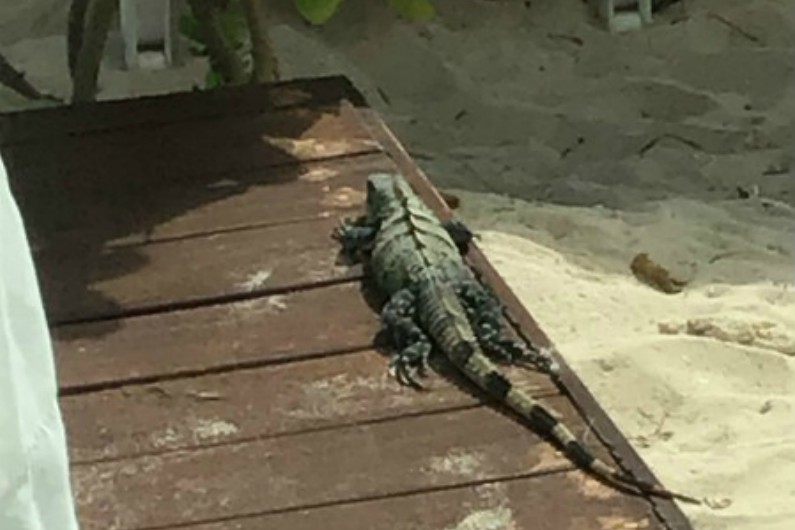 We also saw loads of pelicans and this guy. I’m not sure of the species, but apparently native to Mexico and it was good to see it allowed to roam free – obviously not a threat to humans. That stretch of coastline also attracts turtles when it’s time to lay their eggs. 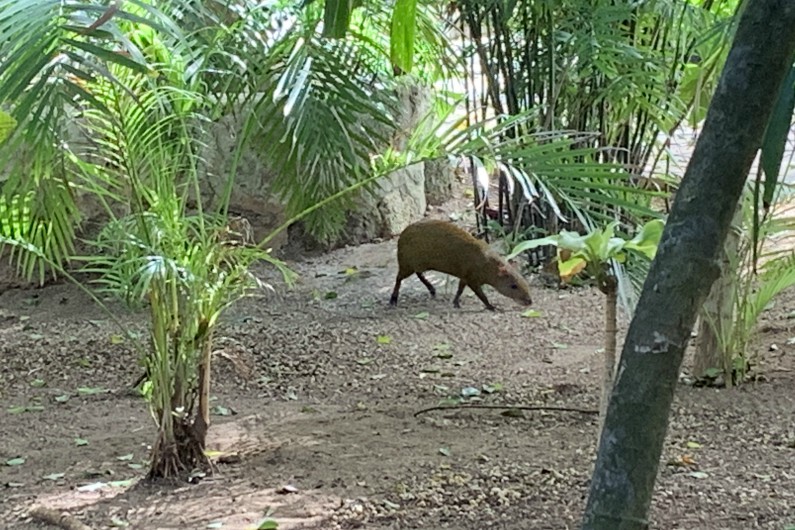 We watched a couple of the evening entertainment shows, but my favourite entertainment was watching this guy create these beautiful pictures, painting with his fingers – how clever! I ended up buying three as I thought it was nice to support the local artisans. 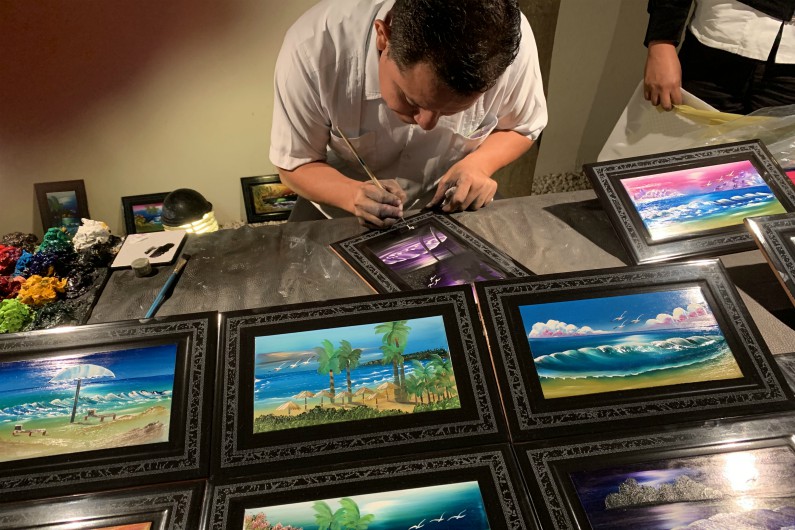 While we were away, it was the 42nd anniversary of Chris and I living together, which we normally celebrate. As we now have a ‘wedding anniversary’ to look forward to, we both agreed we wouldn’t do cards. Someone went back on that decision! Not only did I get a card but a little tin of chocolate hearts too. I love the double entendre on the card… The Story Continues… the perfect card for a writer! 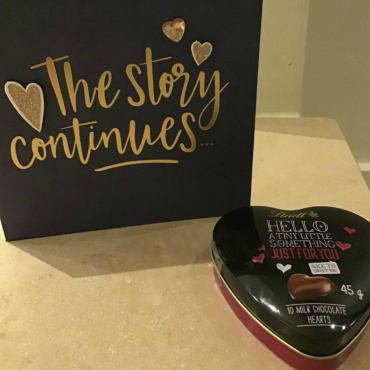 I’d posted a photo of it on Twitter, mentioning it was forty-two years since we moved in together and a comedian, Jeff Stevenson, who I’d recently reconnected with on social media, tweeted this photo saying he remembered when we first met while Jeff, who played Wishee Washee when he and I were working together in Aladdin at the Ashcroft Theatre in Croydon. In case you’re unsure, I’m the one in the checked shirt – I look a bit like Judy Garland! It’s hard to believe that was forty-two years ago. 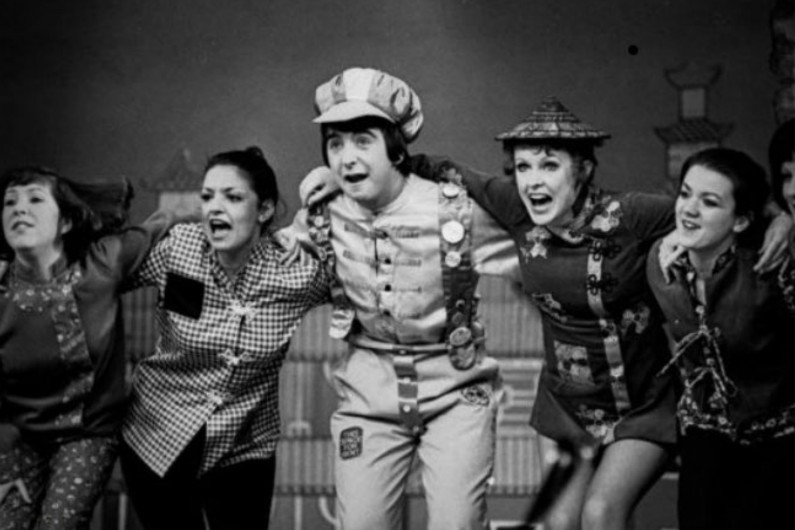 Funnily enough, a couple of days after our anniversary, our ‘love’ story was covered in a two-page feature in Bella magazine. There was also a small photo of us on the cover, sandwiched between Meghan and Harry, and Nicole Kidman – not bad company to be in. My mum hasn’t read the piece yet (I’ve sent her a copy in the post) but I think she’ll really enjoy all the little mentions I gave her. 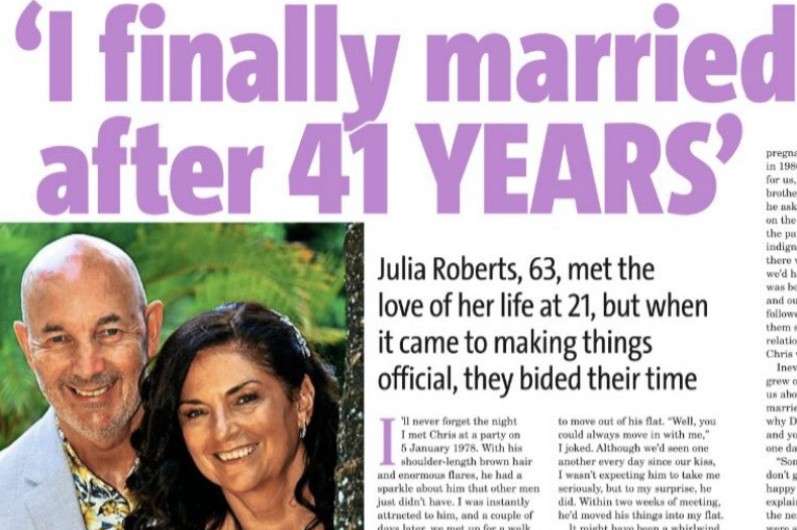 So there was plenty of relaxing in the warm sunshine, but I also had the structural edit deadline to make for my next book, which meant each day was divided between work and play. I’m glad to say I did make the deadline but only just – this was me at Cancun airport before the flight home having a read through and tweaking a few bits that seemed to make much more sense when I originally wrote them! I also now know the title (I absolutely LOVE it) and I’ve seen the cover but can’t show you yet until I get the go-ahead from Bookouture – itching to share!!! 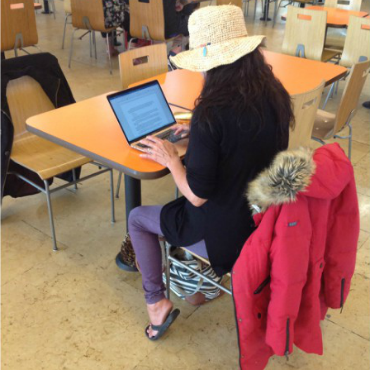 So, we’re back and my operation day has finally come around. I’m not going to lie, I’m a bit nervous and it’s by no means a ‘quick fix’ as there will be many more months of physiotherapy to endure, but hopefully it will be the start of me returning to a more mobile lifestyle that will keep me walking on my own two feet. Thanks so much for all your kind good wishes on my previous blog. I’ll have a bit of time on my hands post-op to reply to you all, although I won’t be doing absolutely no work. I’ll keep up with my regular blog, giving you updates on my progress and also keeping you in the loop about some of our fab products. Like, for example, the Liz Earle Instant Brightening Eye Cream, which launches on QVC on the 6th February. Until I tried it, I thought it was only an eye cream, but it is actually slightly pigmented so great for those of us who suffer with dark circles (even when we’re not tired!) You can also use it on the mobile lid if you have ‘tea-bag’ staining as it will help neutralise and give your eye-shadow a truer colour. I will definitely be taking my Liz Earle Instant Boost Skin Tonic Spritzer into hospital with me tomorrow.

So, no blog this Friday, but normal service will be resumed from next Friday.