The brief return of summer 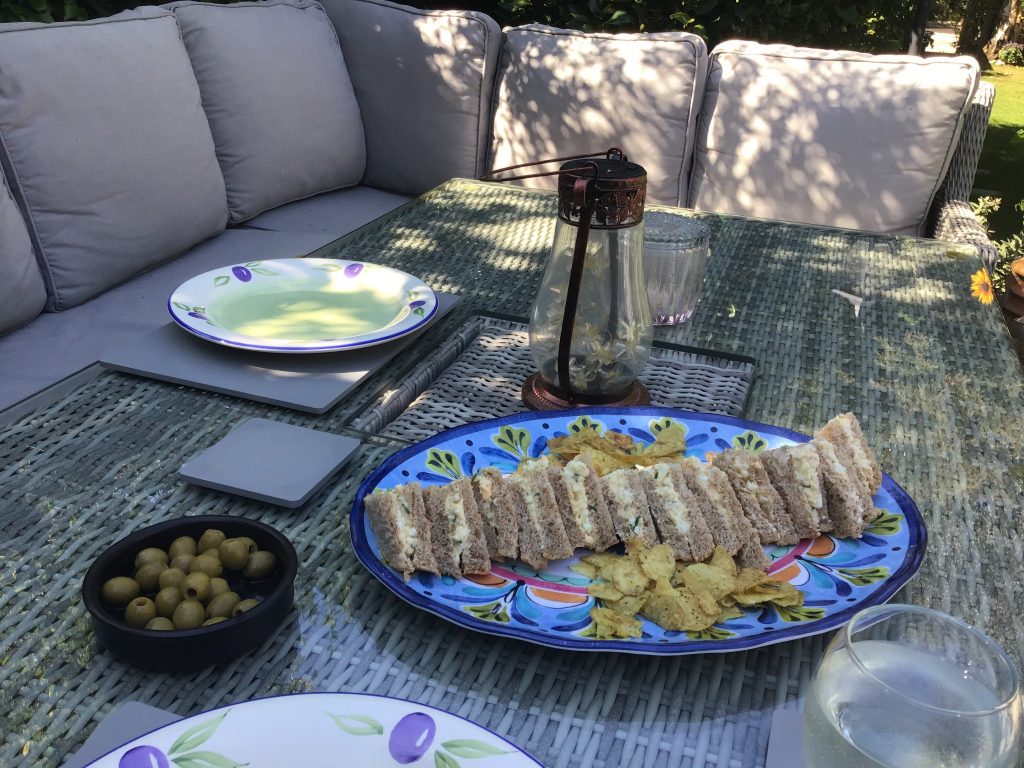 Meteorologically, we are now in autumn, and it does feel that way again today, but how lovely to experience a few days of late summer sunshine, which we made the most of by dining ‘al fresco’. I don’t know about you, but our outside dining furniture has barely had any use in August, so we’ve been playing catch-up!

This was lunch on Wednesday: egg mayo sandwiches (I actually use salad cream to mix as I don’t like mayonnaise) with chives from the garden and using bread that I’d baked fresh that morning. If you think you recognise the serving platter, yes, it was the one on clearance price along with a serving bowl in a show I recently presented with Simon Brown. I actually bought two sets and I’m delighted with them.

We also ate dinner outside that evening, and you can probably just about see the runner beans on our platesk, which I grew for the first time this year. They taste delicious but I was quite late planting them, so we haven’t had the biggest crop. 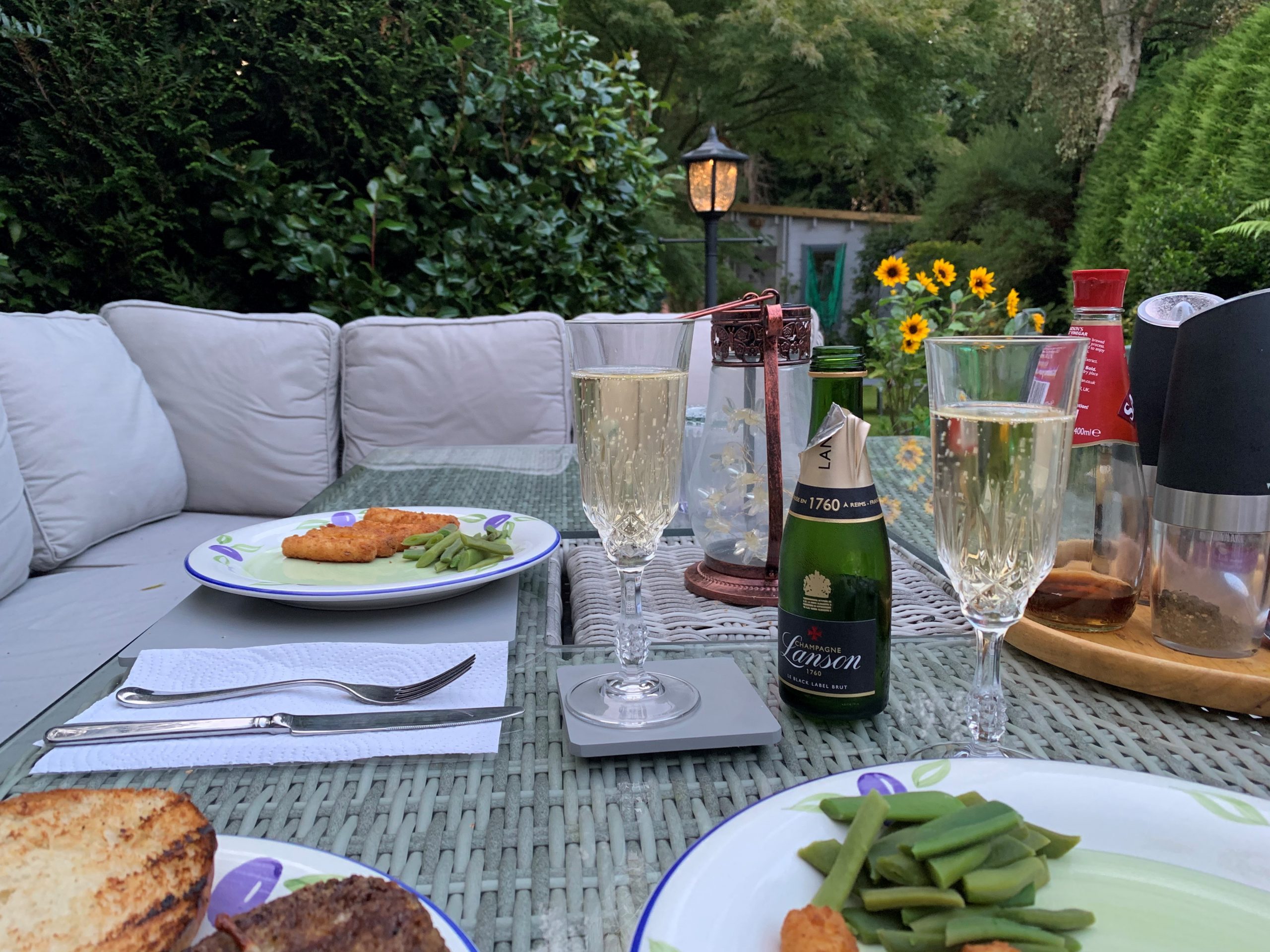 Talking of crops, take a look at these courgettes! Yes, I did say courgettes. The one in the middle is a normal size one from the supermarket, and the other two are grown by our neighbour, Sally. She wasn’t joking when she messaged to ask us if we would like a couple, saying they were the size of marrows! Has anyone got any good veggie recipes, please? 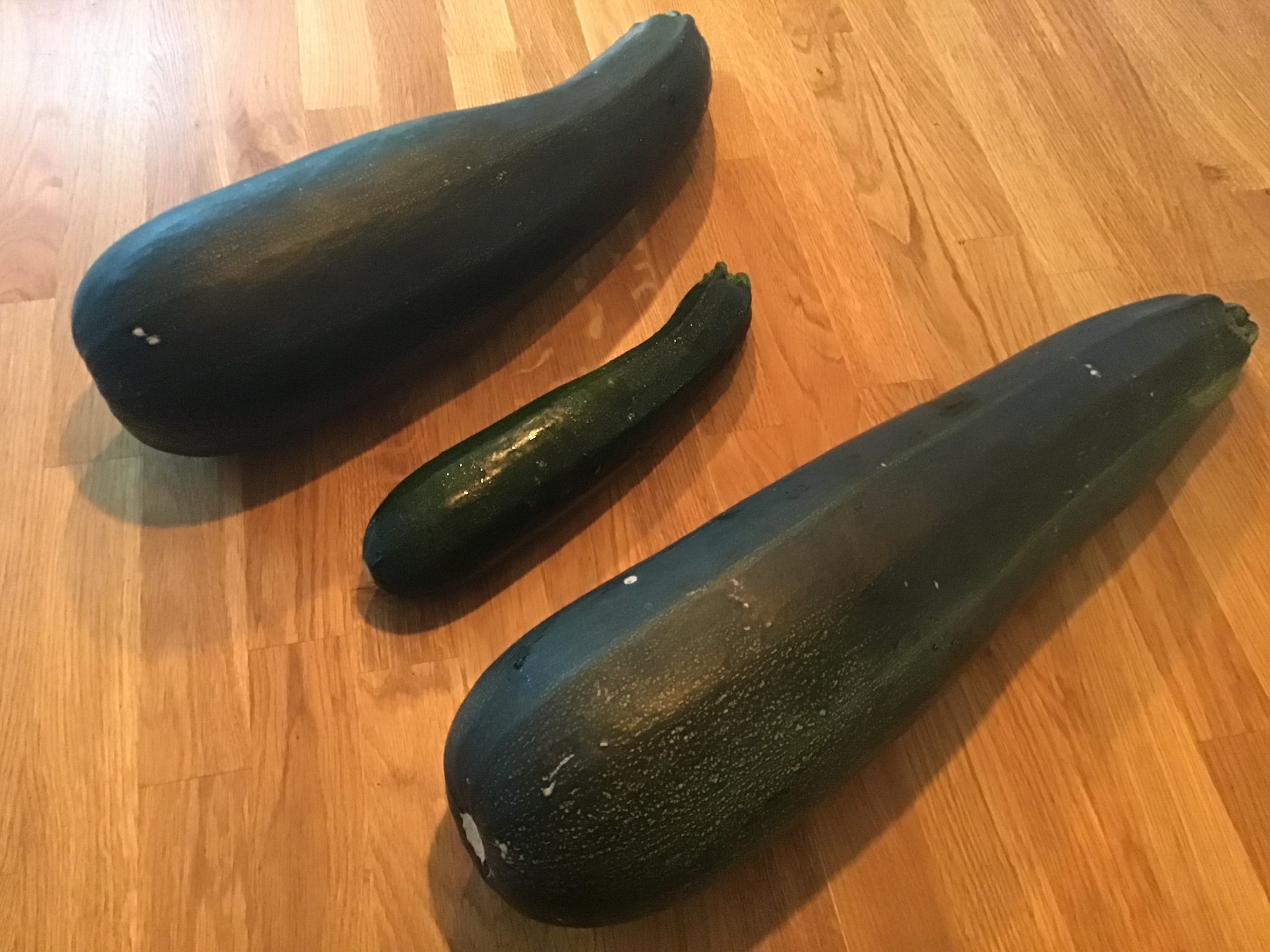 And if you were wondering about the mini bottle of fizz on the table, it’s not something we would normally have but we were celebrating. It’s been an amazing three weeks since the publication of my latest book, The Woman on the Beach. She has spent most of the past week in the top 50 of the main Kindle chart, and had reached her highest chart position so far, 31 on Wednesday, hence the bubbly. This is a big deal for me, especially as she has also been at number 1 in the Romantic Suspense chart for the past week and is also the number 1 Hot Release in all three subcategories that she is listed in. Pinch me someone, I must be dreaming. If you’ve bought it, thanks so much for making me a very happy author. 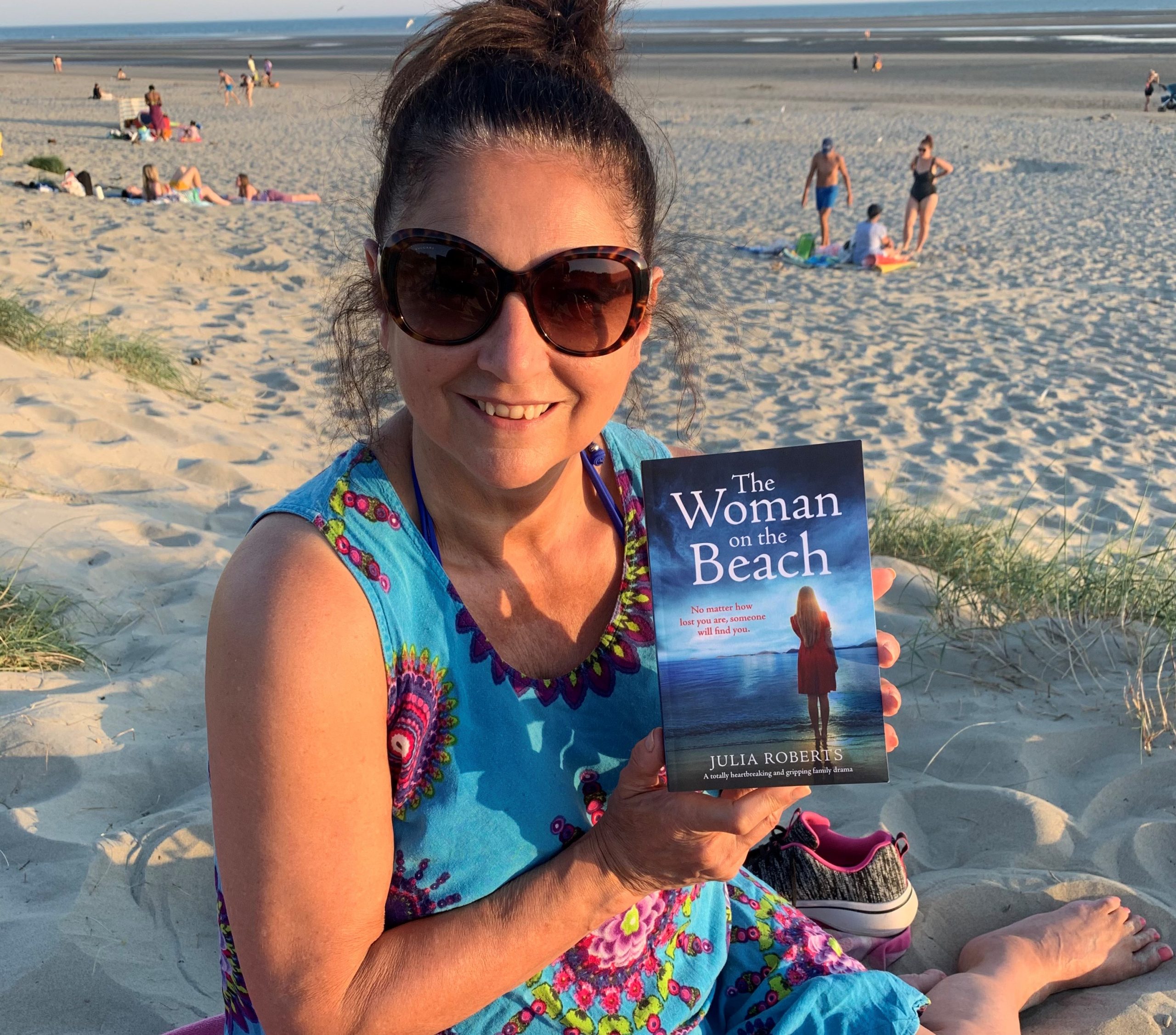 Wednesday we spent in the garden, but on Tuesday we went to the beach at West Wittering, one of the closest from where I live but still over an hour and a half to drive, but it was so worth the effort. As you can see, I was ‘the woman on the beach’ that day, but we also took my book with us to get some nice ‘beachy’ pictures that I can use on my social media. And we took a couple of the ebook loaded onto my husband Chris’s new phone, which you may well recognise. 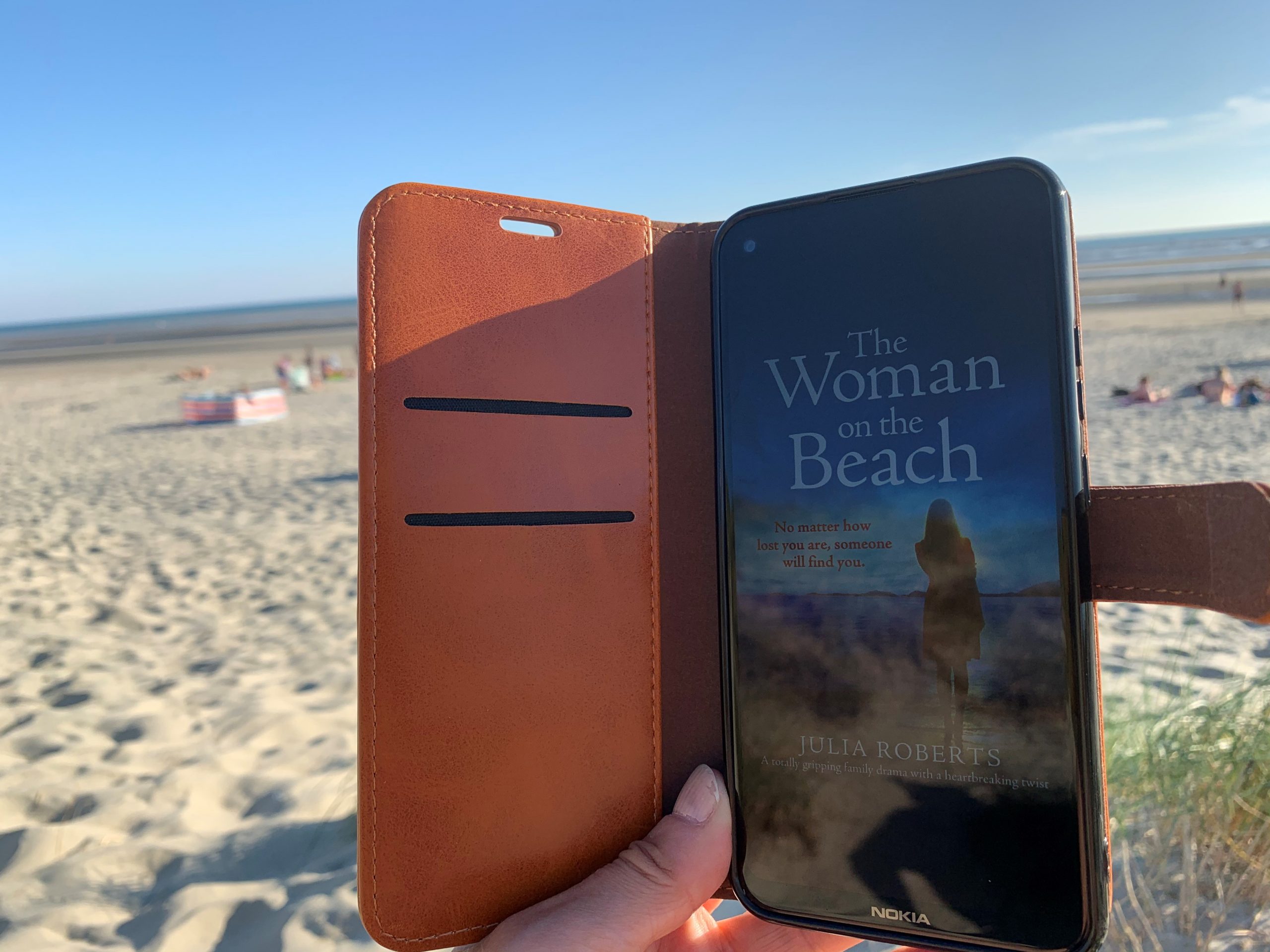 It was his birthday on the 30th August and he was in desperate need of a new phone, having smashed the screen on his old one, so I bought him the Nokia phone that Rebecca Perfect brings to QVC in the blue colour. He absolutely loves it and his other present, which was also from QVC. 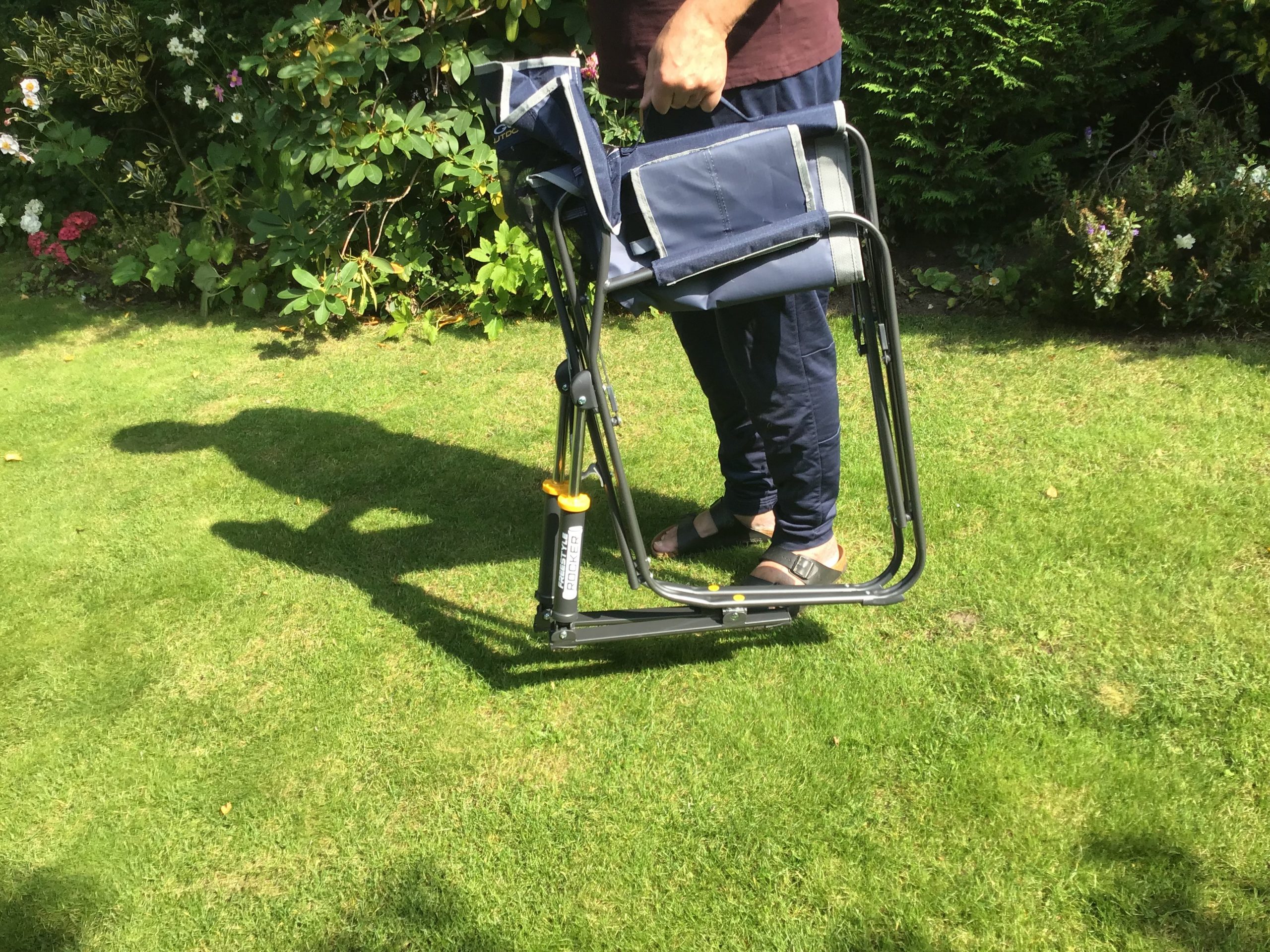 You might recognise this fold-up ‘rocking’ beach chair, which I was selling on air with Gill Gauntlett a couple of months ago. Normally, Chris is very fidgety on the beach because, unlike me, he can’t get comfortable lying on the sand, but he was delighted with his new chair, which he’s been using in the garden too. A proper QVC birthday present list for him as our daughter bought him Skechers – talk about ‘on brand’!!! 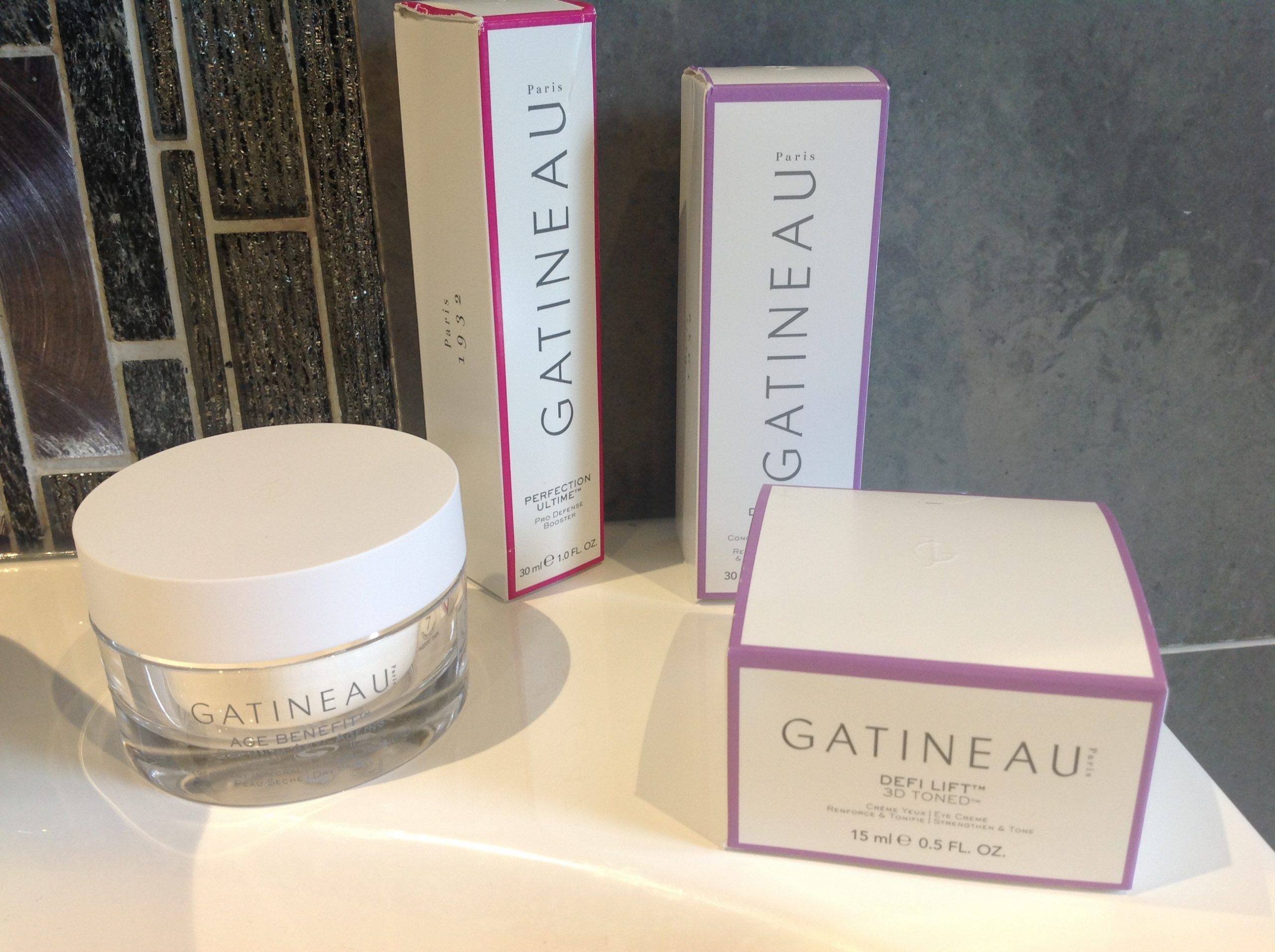 Speaking of which, we have two great brands featuring as our Today’s Special Values this weekend. Tomorrow, I’ll be with Andrew Bagley from Gatineau at 11am with a brand new product featuring as part of the Today’s Special Value set. Perfection Ultime Pro-Defense Booster, designed to revitalise the look of the skin surface, sits alongside Defilift Toned Overnight Concentrate, Age Benefit Cream in a 50ml size and Defilift Toned Eye Cream. I wonder if any of you who’ve watched Permission to Pry with Andrew on my juliagroberts Instagram will ever look at him in the same way again – it’s still there as a video if you search under the middle icon at the top of my photo grid.

By the way, Permission to Pry today is at the slightly later time of midday and the guest, Ruth Frances, will be a great improvement on last week’s guest. Don’t worry, I’m not insulting anyone, I had to interview myself last week because no-one else I approached was available. Goodness knows what Ruth and I were doing in this photo I found on her grid – I’ll have to ask her. 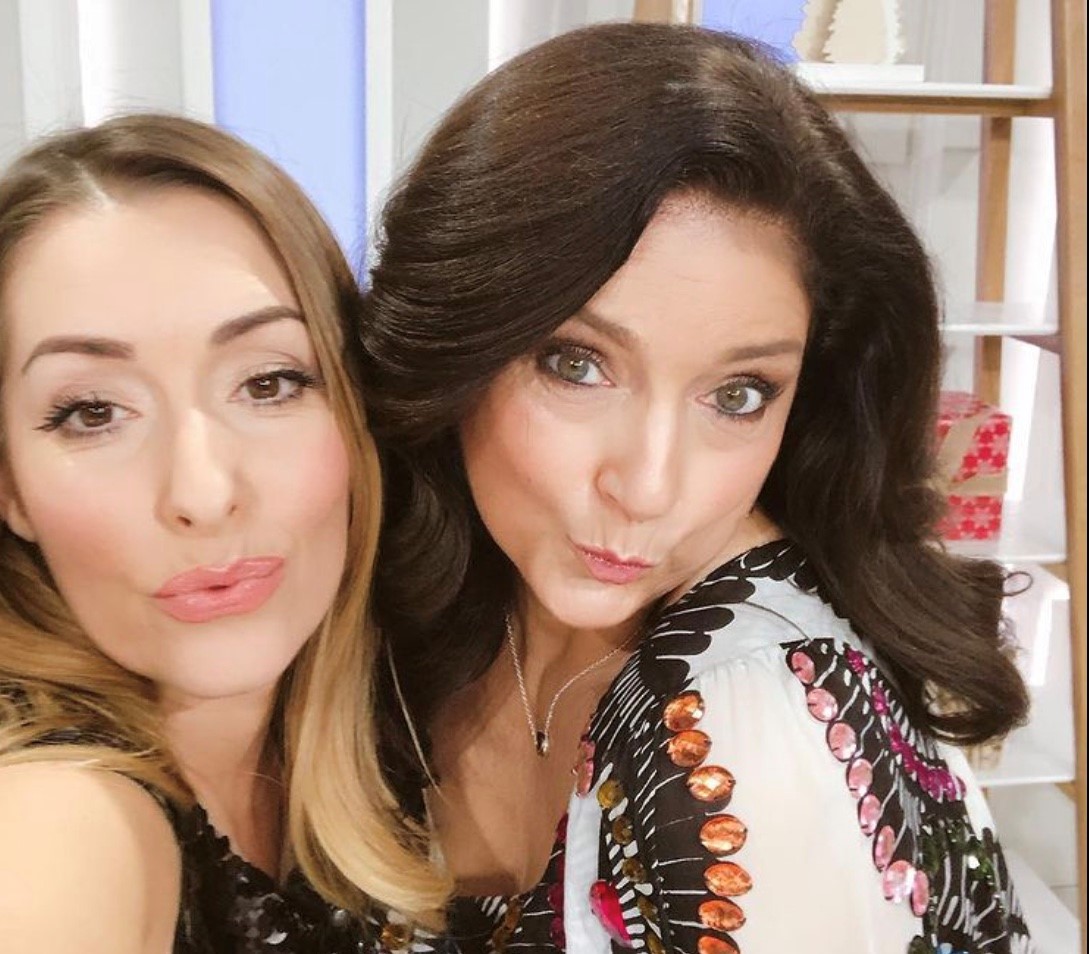 But back to Today’s Special Values; on Sunday there is a fabulous LG Oled television offer in your choice of either 45inch or 55inch, both of which come with a bonus set of LG headphones. If you’re looking for a new television and are after the most vivid viewing experience, check this one out with James Murden from 9pm tomorrow night.

Right, that’s all from me for now. Have a great weekend.