Menu
Stories > Presenters > Julia Roberts > The sand between my toes…

The sand between my toes… 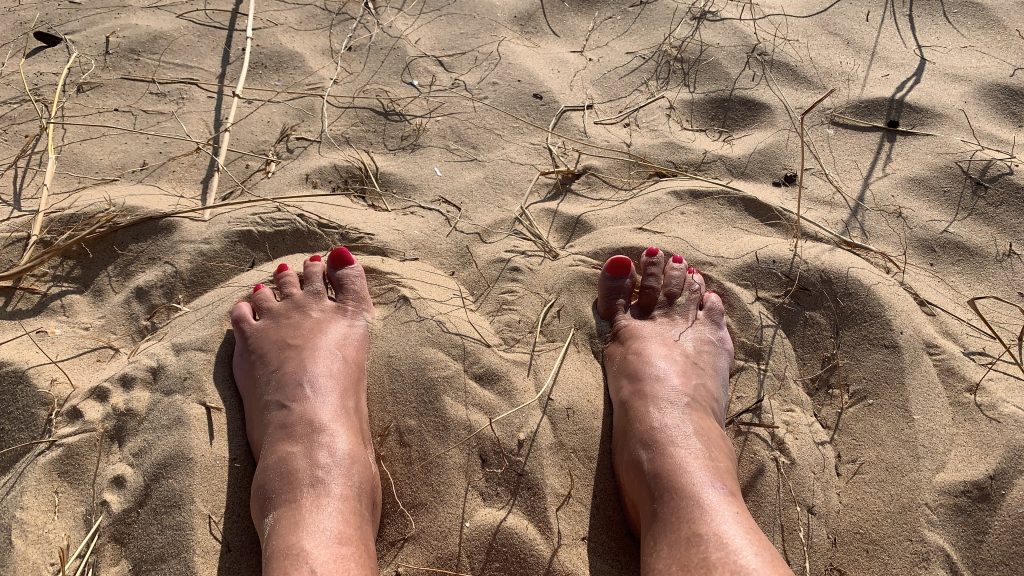 After missing writing a blog last week as I was on annual leave, I’m back with a bumper blog this week which includes my vegetarian lasagne recipe that some of you requested and a heads up on two fabulous beauty Today’s Special Values this weekend on QVC – more on that later.

I must confess it was really good to get away for a few days, although we almost had nowhere to go. We thought it would be quite easy to book somewhere last-minute in Cornwall or Devon, but how wrong were we? Everywhere seemed to be booked up to the end of September until we found the perfect one-bedroom cabin on a farm in Devon on a well-known website (which will remain nameless!) We were already packing on Thursday morning when we received an email from the owners saying the property had been booked in error and that they couldn’t accommodate us. Cue Katie, our son’s girlfriend. Her family own a flat in Wells Next the Sea in Norfolk and she said it was available for the five nights we were after… phew! After programming the new postcode into the sat-nav, we set off in the opposite direction to Devon just after lunch and I’m so glad we did!

The flat itself is moments from the quayside, so right in the heart of things. If you’ve visited Wells, you’ll know that the beach proper is just over a mile away along a walk next to the harbour inlet. There is also a little train that you can take, or a car park if you choose to drive, but we walked. In fact, we walked every day bar one when it was a little too cold, so clocked up an impressive thirty kilometres – thank goodness for my ankle brace! 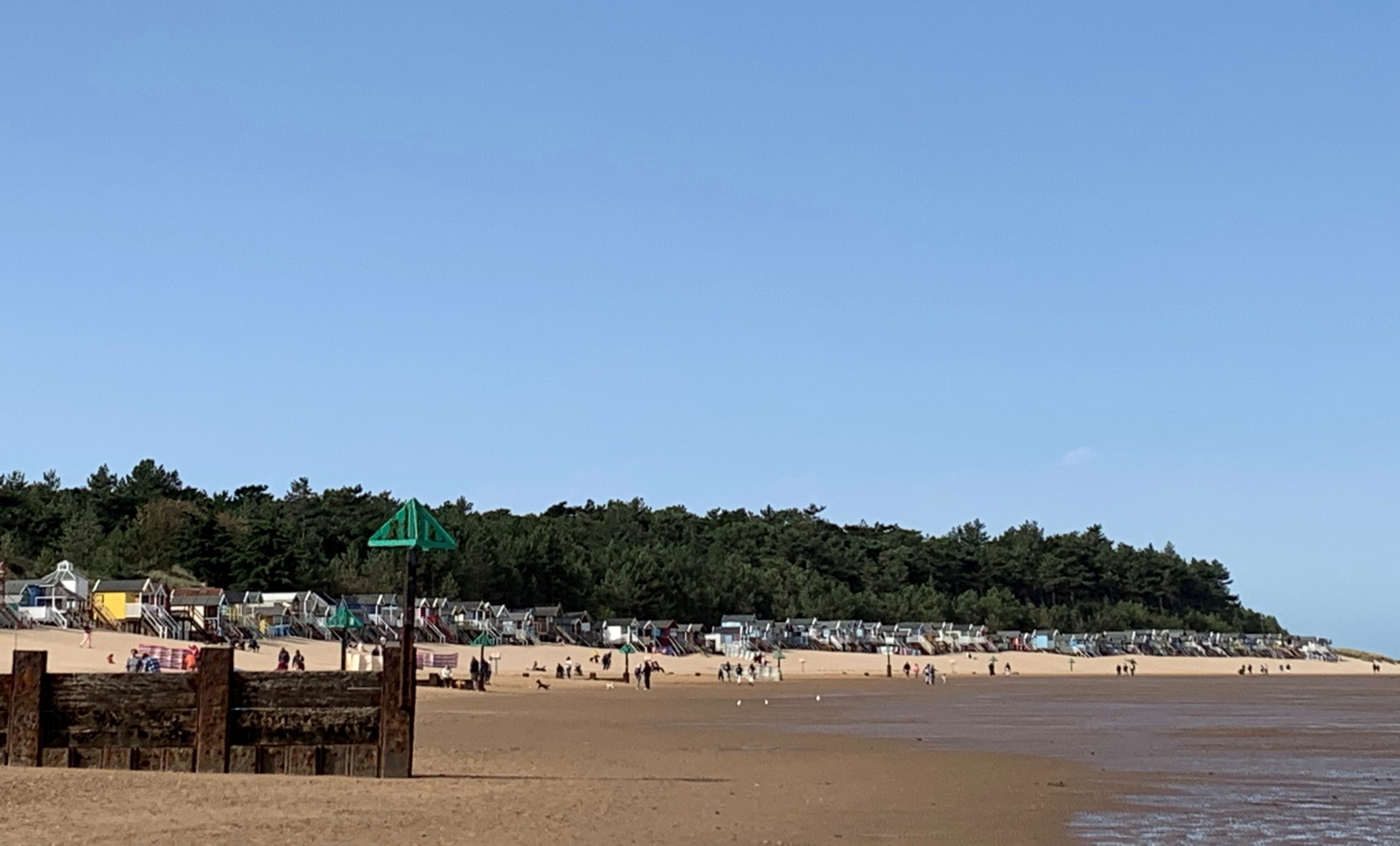 The main part of the beach has a row of brightly coloured beach huts, but we chose to walk beyond that to the dunes where it was a bit more sheltered most days, apart from Friday when we retreated to the shelter of the back garden to have our picnic lunch to get out of the blustery wind. 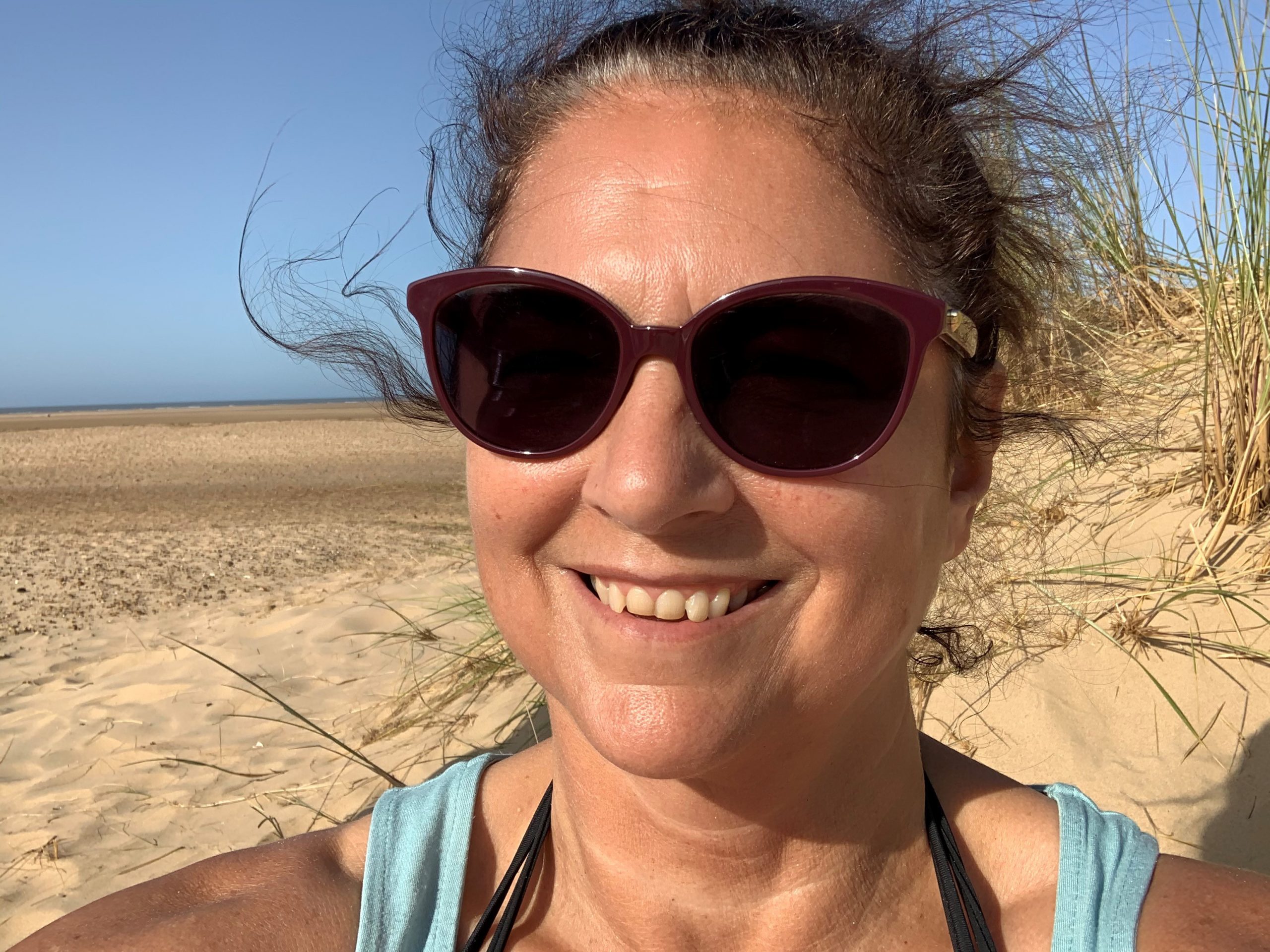 We went and had a look at the shops on the main street in the afternoon and I was waiting for Chris while he popped in one for some supplies, when a lady approached and said, ‘I guess you won’t be presenting Fashion on Friday today then!’ – small world. She was right of course. I didn’t present last week’s and there isn’t one today as it’s Christmas all day on the main channel and the slot is occupied by Dale and Andi Peters. I will however be on the Style Channel at 5 p.m. with two hours of accessories if you need your fashion fix – I’m still going to claim a Julia’s Pick… maybe even two! 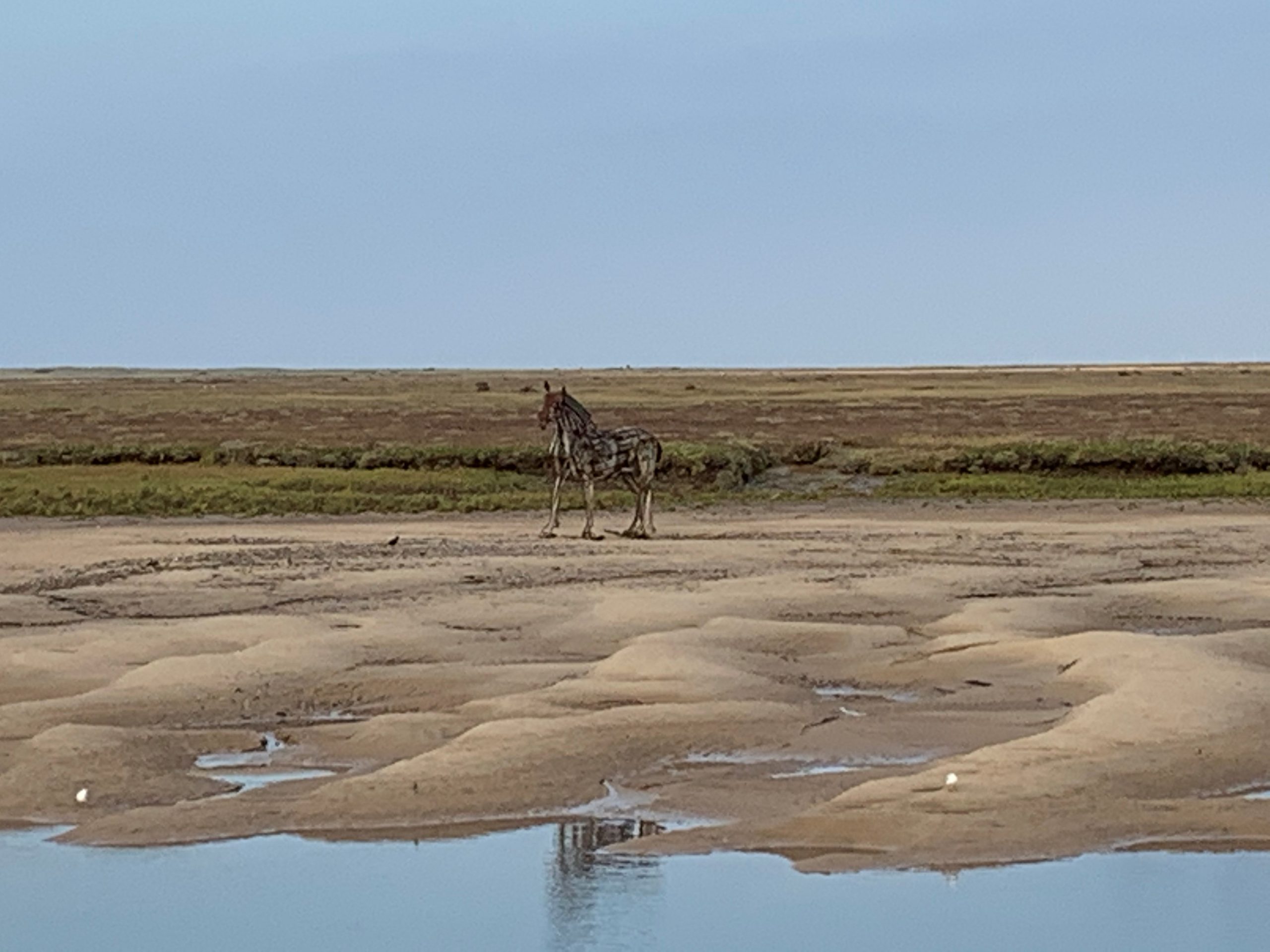 We really liked Wells Next the Sea and I particularly loved this sculpture of a horse standing in the sand near the quayside. Apparently, it was part of a sculpture trail in 2018 and was removed last year, but local residents missed it so raised £15,000 to have it re-instated. It was inspired by the horses who used to tow the lifeboat down the channel to the sea. You can see from the two photographs the difference in water level between high and low tide – at low tide the sea is very distant. 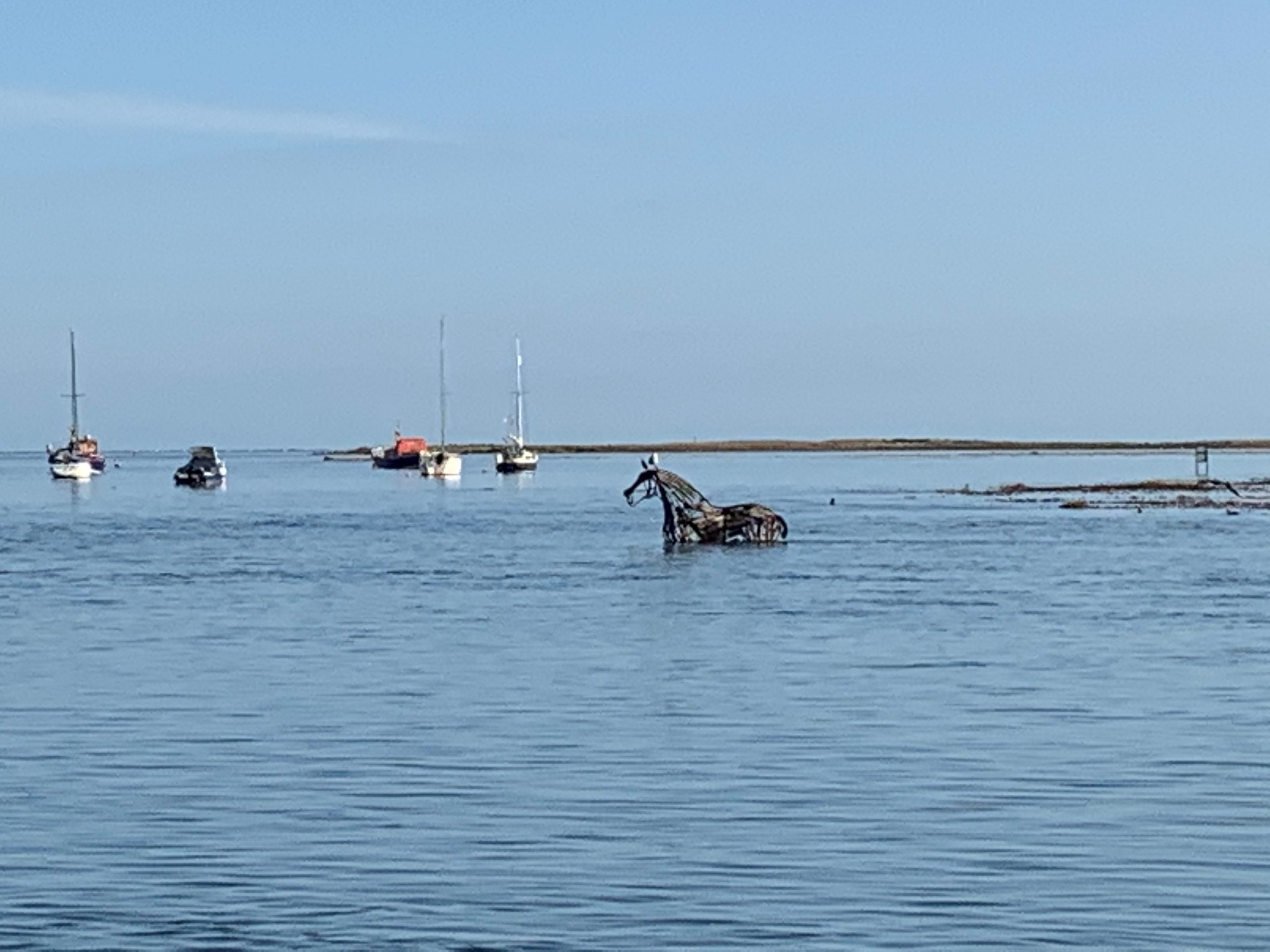 We were very lucky to have sunshine most days, particularly the last two, where it was wall to wall and very warm. Although we were out every day, we spent most of our evenings in, apart from the last one when we managed to book a table at a pub called The Golden Fleece – apparently a haunt of smugglers in days gone by. 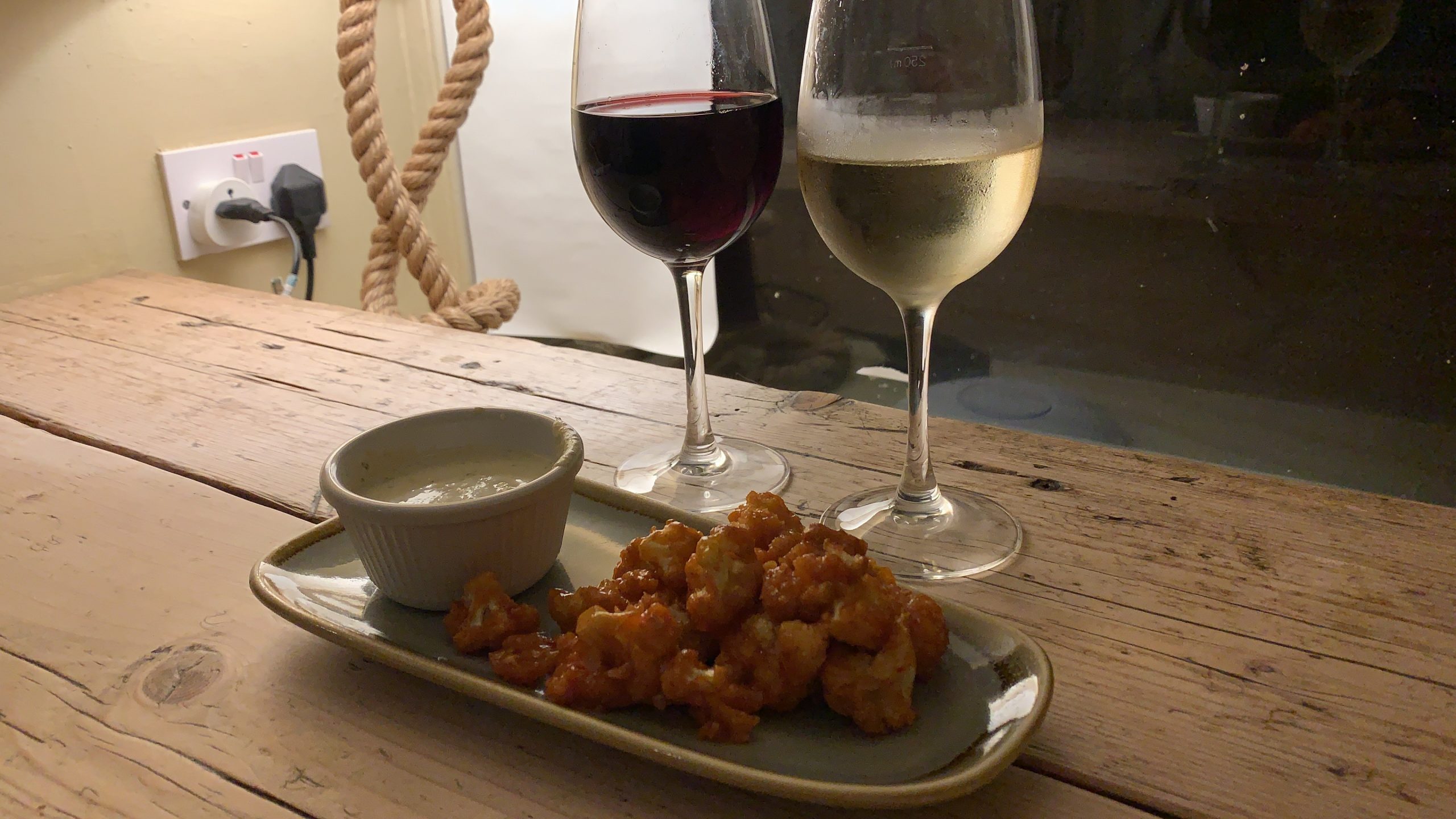 Chris and I shared our three courses as we often do as we are not particularly big eaters. Our starter was ‘cauliflower’ buffalo wings (very yummy), followed by veggie pizza and sticky toffee pudding – well, we were on holiday. 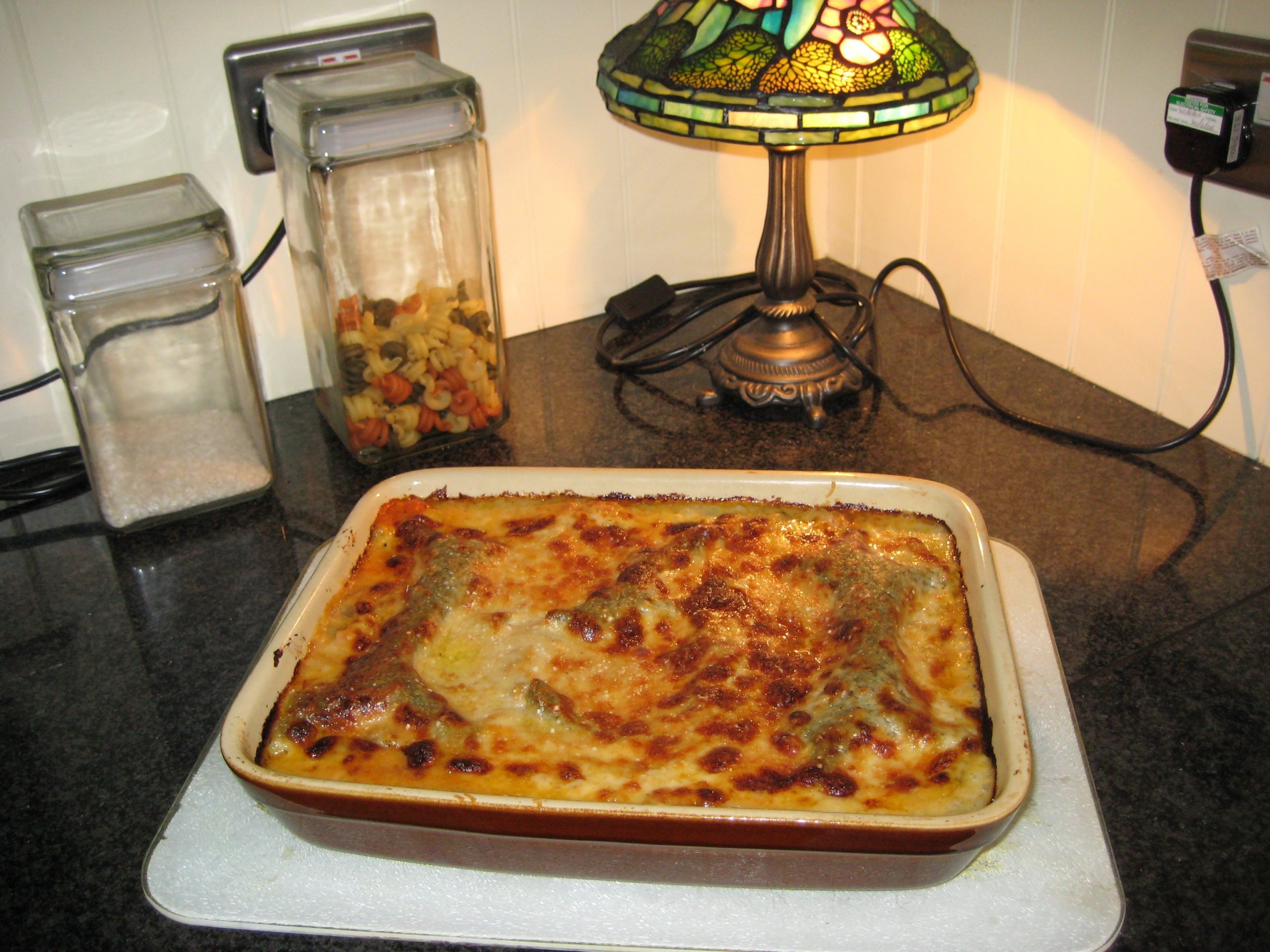 Talking of food, here is my veggie lasagna recipe as promised:

Wells Next the Sea wasn’t our first visit to an east coast beach last week. On my last blog, I mentioned that we were going to a funeral. It was in Chris’s home town of Spalding and it was the most beautiful sunny day, which seemed appropriate as Uncle Dave was a lover of the great outdoors. During the service, the words, ‘don’t put off until tomorrow what you can do today,’ resonated with me and after having lunch with Chris’s mum at her house I came up with the spur of the moment idea of going to Mablethorpe. To be honest, I didn’t think it was quite so far to drive, but it was a lovely day for having the roof down. 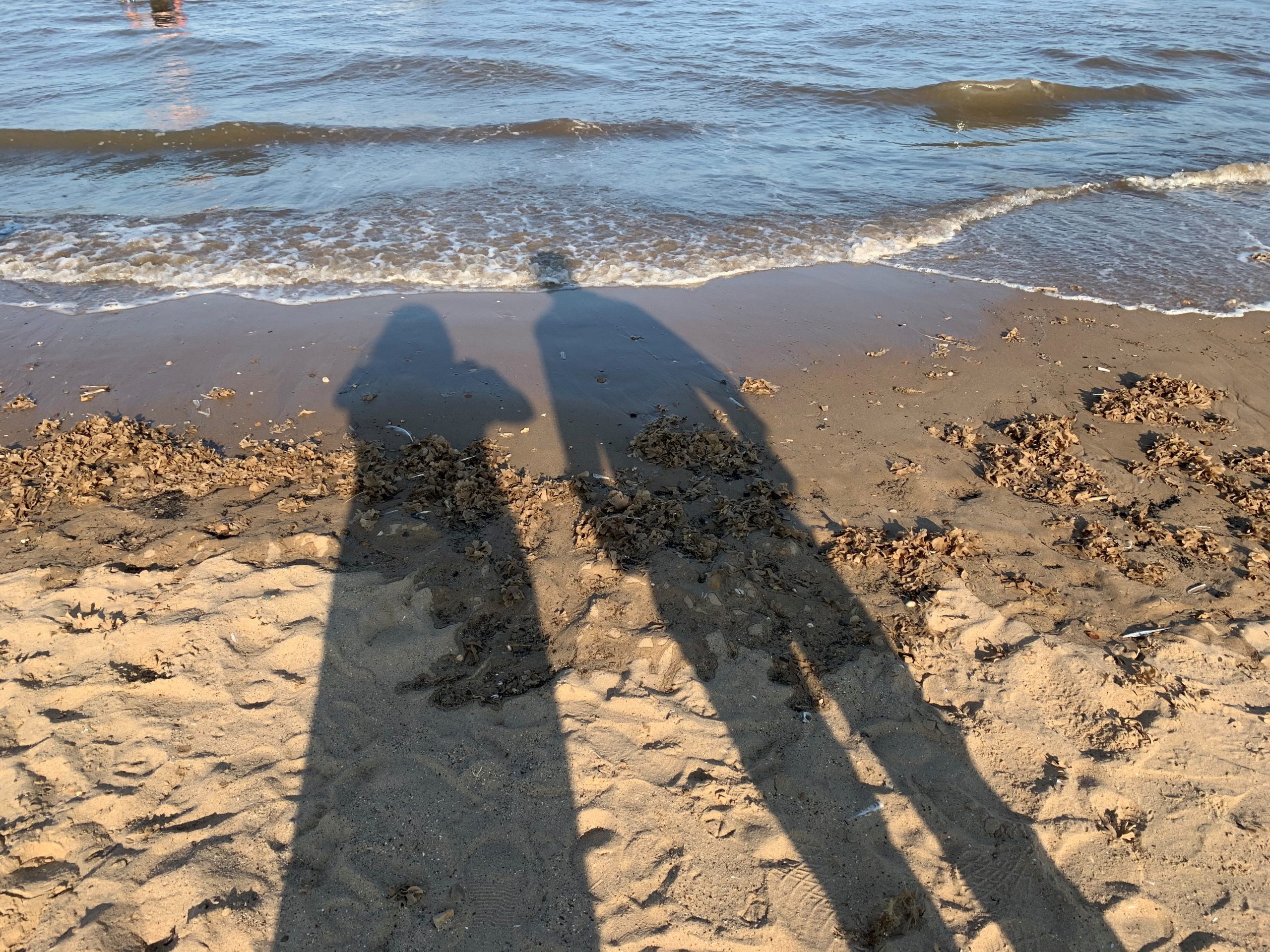 The reasons for choosing Mablethorpe were three-fold. Both Chris and I had visited there as children, Chris did his first summer season there at the Dunes theatre and it features in chapter one of my next book.

I received the line edit for my next book last Friday and funnily enough my editor queried my use of the ‘distant’ sea when the family are actually sitting on the beach. I’m guessing she’s never been to the Lincolnshire or Norfolk coast when the tide is out! I have some work to do on this stage of the editing process, but hopefully I should have a title and a cover to show you soon before it goes on pre-order next month.

So, having enjoyed the sand between my toes, I was back at QVC yesterday and I have a busy few days ahead. We have a fabulous Doll 10 Today’s Special Value launching on air at 9 p.m. tonight, which is already selling well on pre-order. It includes not one but three of the fabulous lipsticks, which in my humble opinion are the best lipsticks we sell on QVC – I use them every time I’m on-air! There are also three lip glosses, a lip liner, a blusher and a mascara, plus three organza bags if you want to create smaller Christmas gifts…. If you can bear to part with any of it! 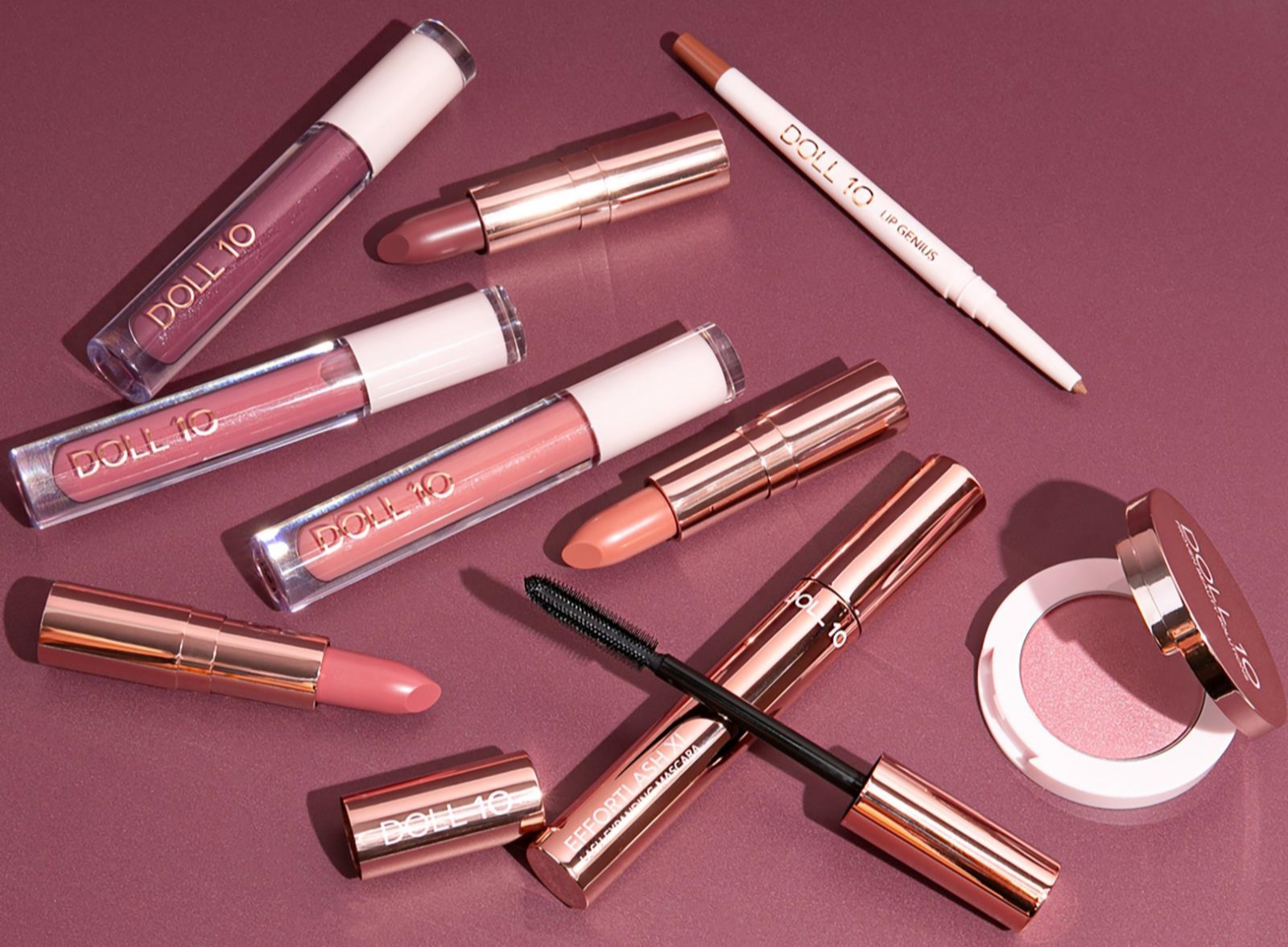 Then, on Sunday, we have the L’Occitane Today’s Special Value in a choice of ‘his’ or ‘hers’. The ladies’ option is in the new scent, Rose Calisson and comprises of shower gel, body lotion, hand cream and eau de toilette. The men’s is Eau de Baux (gorgeous) and is shower gel, eau de toilette, soap and aftershave balm. This is the stylish gift box for the Rose Calisson and the men’s collection is gift-boxed too. 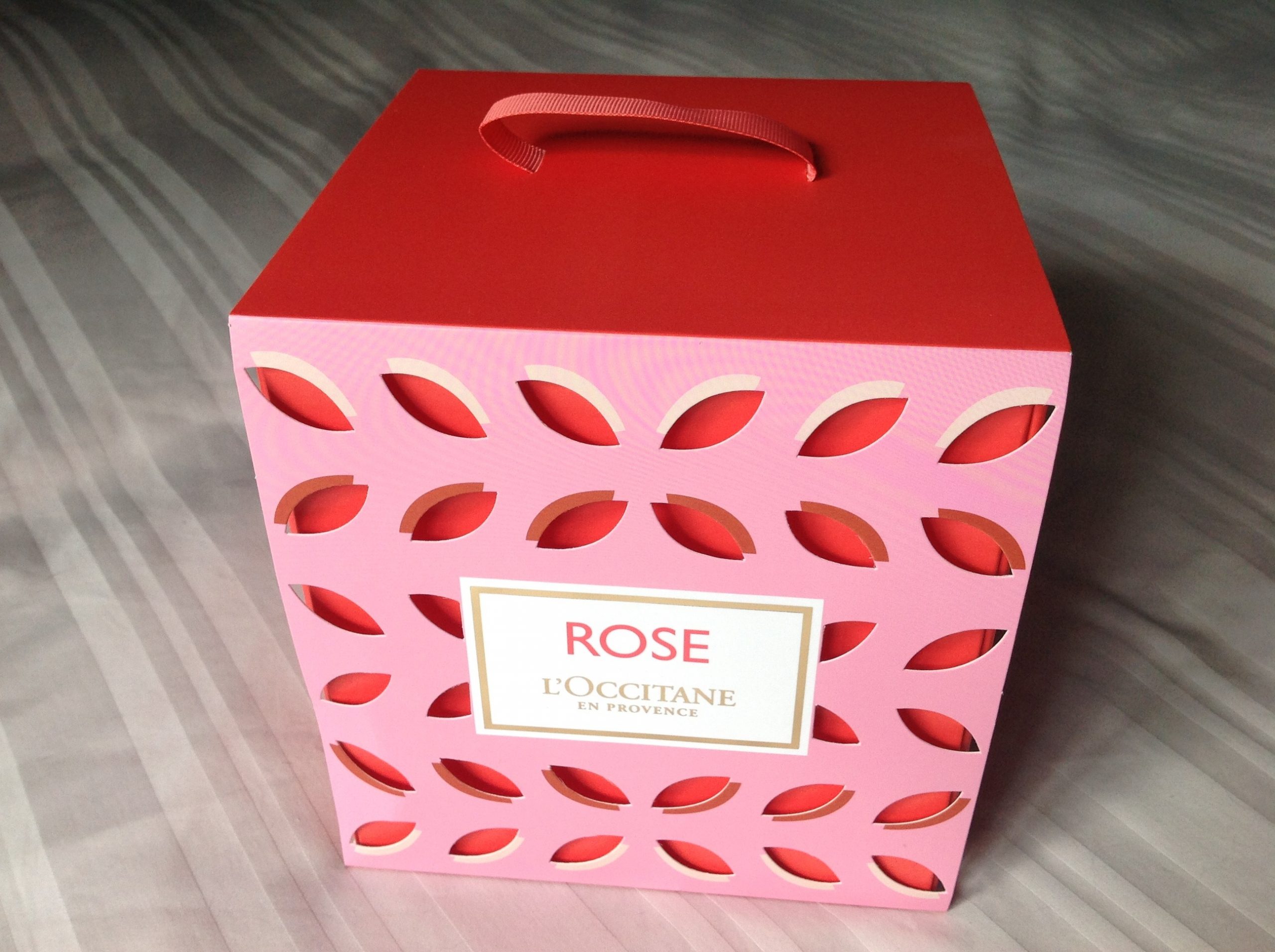 Well, that’s me done for today – do join me tonight at 8 p.m. on Instagram live (juliagroberts) or my Facebook page (Julia Roberts TV) when I’ll be making a start on reading the final book in my Liberty Sands trilogy, It’s Never Too Late to Say…

Have a good weekend.
Much love,
Julia xx