Menu
Stories > Presenters > Julia Roberts > We have a visitor

We have a visitor 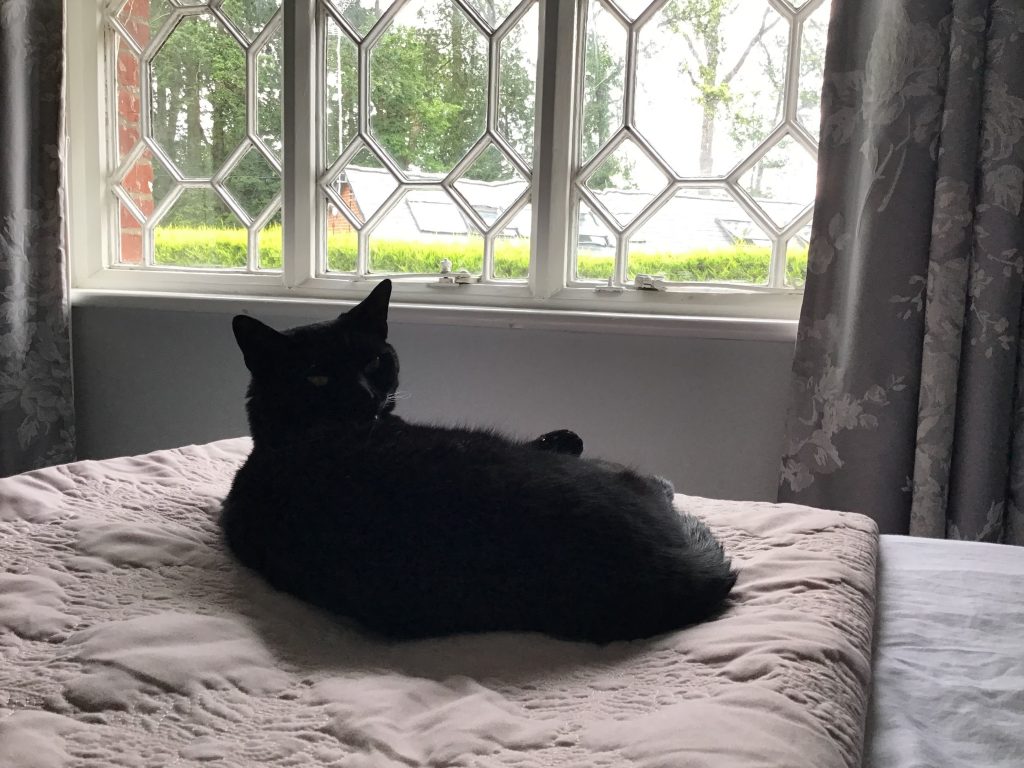 Those of you who read my blogs regularly will know it was a bit of a wrench (putting it mildly) when our son moved to his new home and obviously Wilfie, his cat moved out too. Wilfie had lived at our house for all but six months of his eight years, so I will admit to feeling a little ‘emotional’ – ever the drama queen! So, when the question was asked whether we would be able to have Wilfie here while they were away on holiday, my husband Chris was a bit unsure as he didn’t want me upset.

He needn’t have worried. The way I’ve handled things all my life is to get the drama out of the way and then deal with the reality of a situation. It’s lovely to have Wilfie back, but he’s on his holiday with us. As you can see from the photograph, he seems completely relaxed and on board with the idea and is an angel in the car. I think it is preferable to going into a cattery so soon after their move and it’s been lovely having Wilfie cuddles again!

We’ve also had puppy visits from Quin and Baxter, and they’ve now met each other and had great fun playing. Long may all these four-legged friends continue to get along together!

When we went to collect Wilfie, I made a few suggestions for seasonal plants for Dan and Katie to add to their already lovely garden by listing a few of the things that are in bloom in our garden right now. We have several Clematis dotted around our garden, five at the last count, which flower at different times. I’ve suggested a couple of those to break up their fence and if they bloom anything like this one, they’ll be on to a couple of winners. 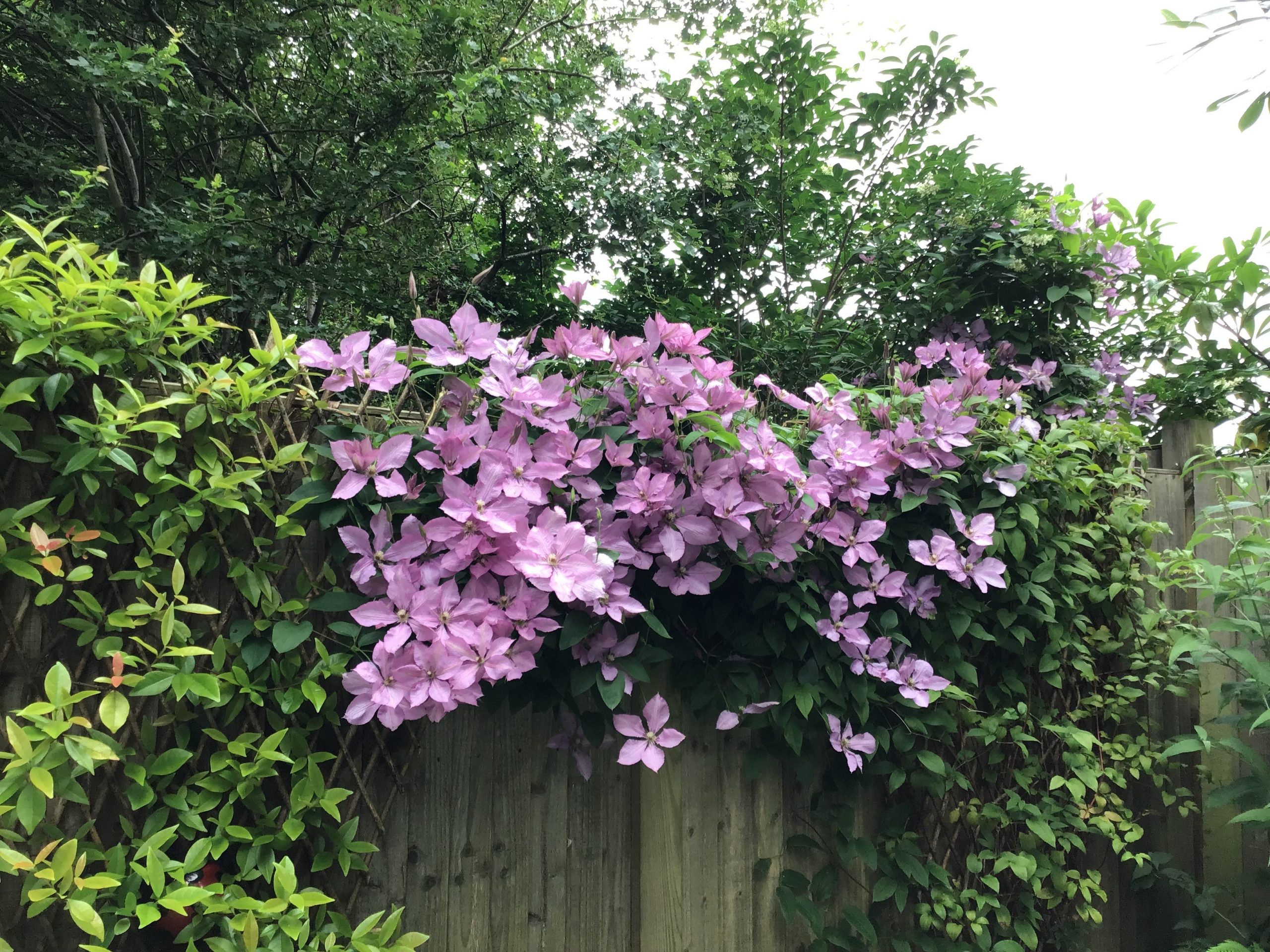 Next on my list was Salvia Hot Lips. I was hoping the red and white colour might bring England good luck in the Euro finals but it wasn’t to be. Just to say, I’m incredibly proud of former Palace captain, Gareth Southgate for the way he has led the team on and off the pitch. Also pictured are a variegated Hebe and Lavatera along with the red lilies from the presenter lily growing challenge from eight or nine years ago, which are still going strong! 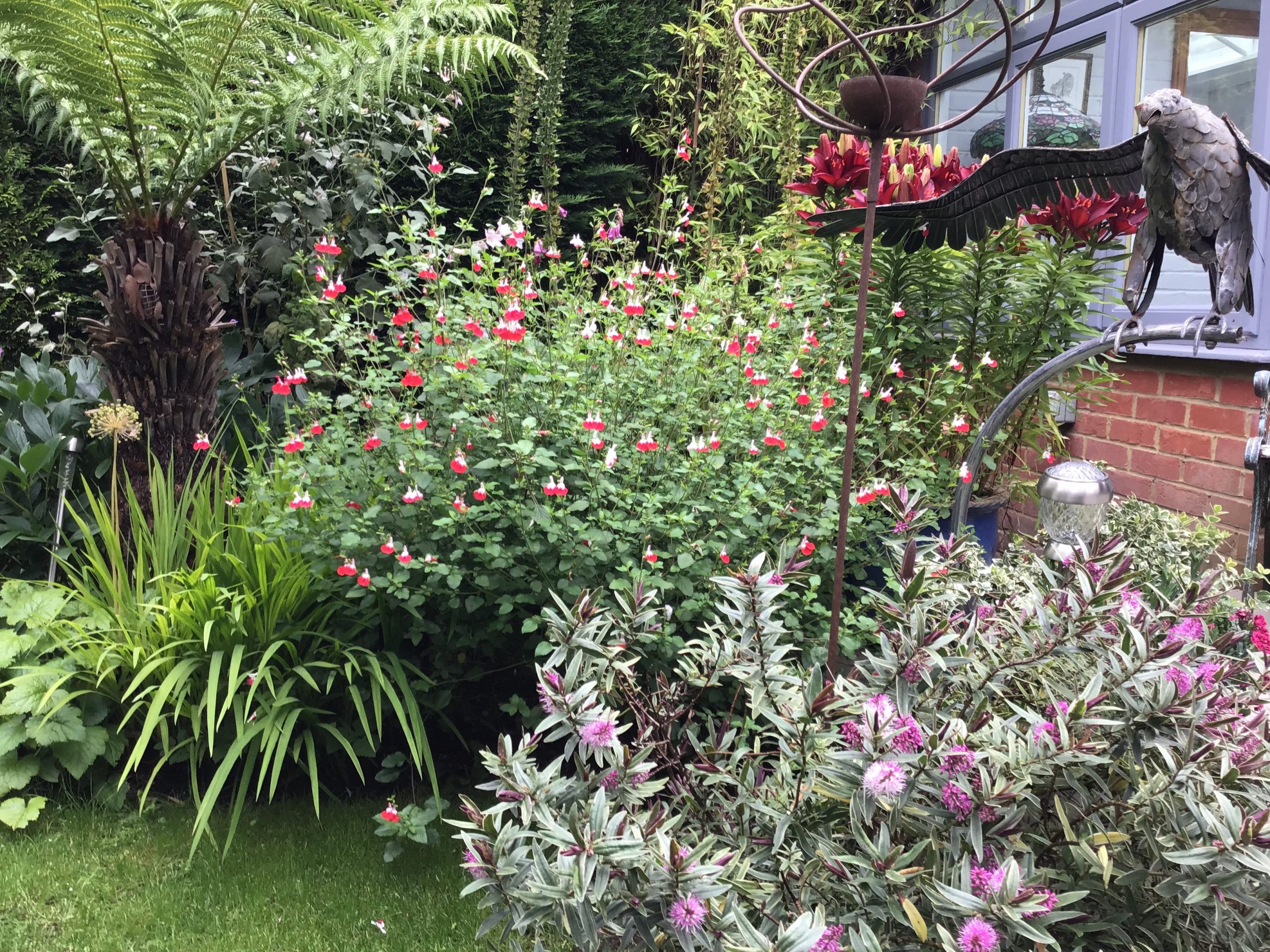 You can probably make out one of our two bird feeders, too. I love this one, as it is designed for the smaller birds to perch on and take turns. We’ve had all sorts visiting this year thanks to Richard Jackson’s bird food and the Grumpy Gardner fat balls. It isn’t really suitable for great big pigeons, but somehow they manage to squeeze in and squeeze out again as you can see. Yes, it is real! 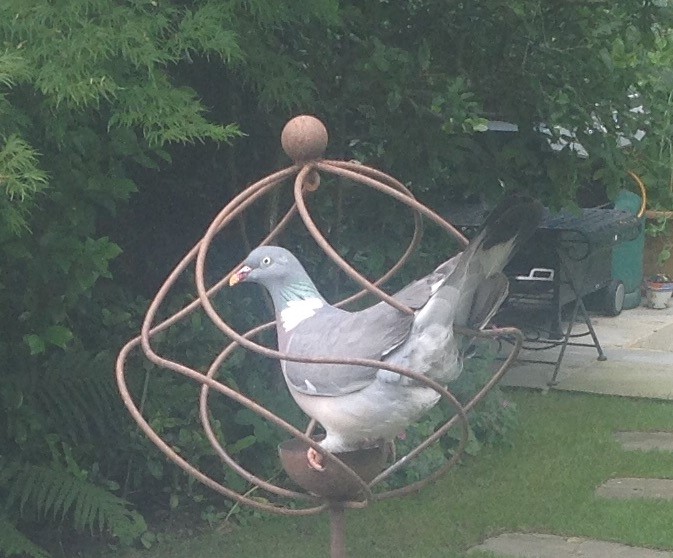 While on the subject of birds, I had to rescue one last week. Chris and I were discussing paint colours for our family room (looks as though we’re going to do it in a deep purply blue) and we heard a thud. A great tit had flown into our bi-fold doors and was lying on the decking. Worried that our neighbours’ cats might get it, I got Chris to fetch my gardening gloves so that I could gently pick it up and then we popped it into Poppy’s old cat carrier while I stroked its head and talked to it. I was initially concerned that it might have broken a wing, but within fifteen minutes it started to flutter them, so we were able to release it back to the wild. It paused on the top of a Leylandii bush for a couple of moments, as though to say thank you before flying off into the silver birch tree near the bottom of our garden.

I do love the joy our garden brings us and if you love gardening too, I have three hours of it on QVC on Sunday at 2pm, 3pm and 5pm. Before that though, it is Beauty Day tomorrow. We have an amazing Today’s Special Value from Tili – it’s an LED light mask to help improve the quality of the skin, but unlike a lot of these types of mask, it isn’t awkward or uncomfortable to wear. In fact, it’s the same concept as the PPE visors we presenters wear at QVC after we’ve had our make-up applied! 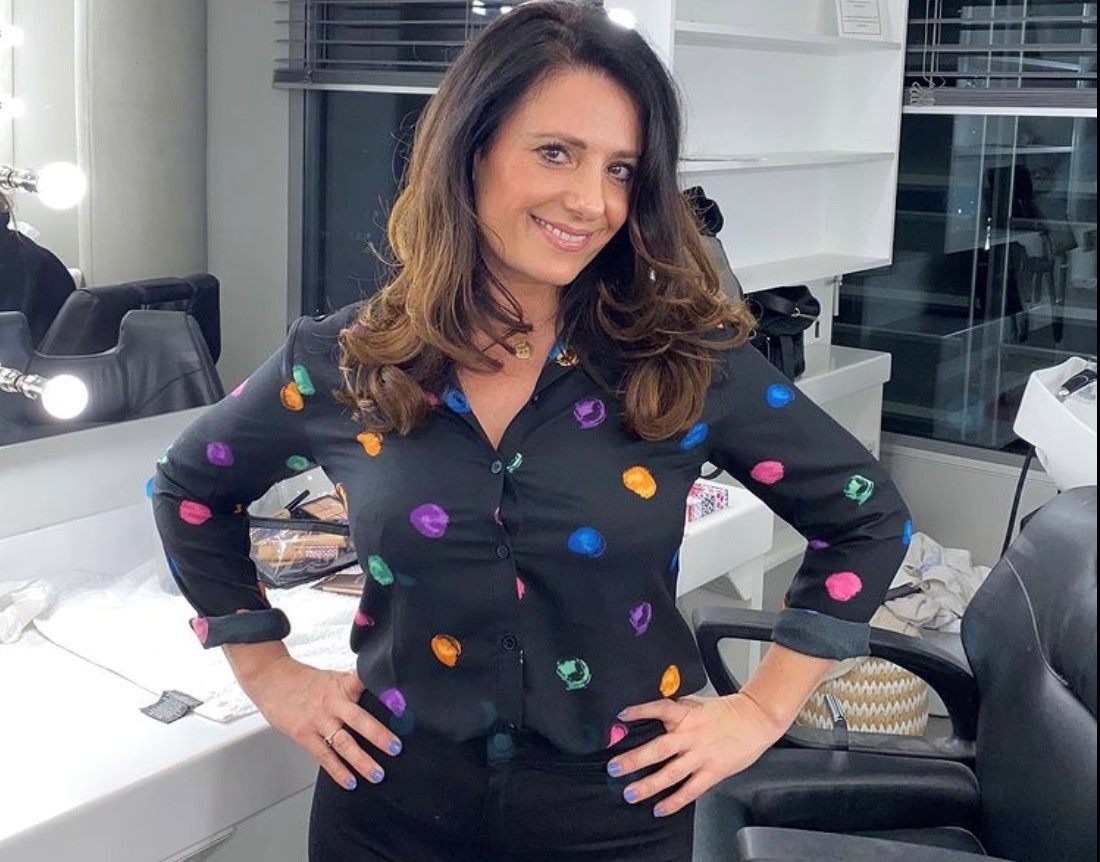 My Beauty Day starts at 10am with an hour of Molton Brown with the fabulous Jemma Forte. We have a date prior to that though, as she is the subject of this morning’s Permission to Pry live on my Instagram (juliagroberts) at 11am – the video will be available to view afterwards if you can’t join us live. I’ve known Jemma since she first started coming in to QVC and have to hand her the credit for giving me the confidence to self-publish my early novels. She is a well-known novelist herself, along with all the presenting work she has done over many years, but I’m hoping to find out more about what shaped the person she has become! All being well, we have Nikki Gervitz, founder of Lola Rose on next week’s Permission to Pry.

Back to Beauty Day though. I will also be with you at midday for OPI nails (you probably know I love my Bubble Bath Nail Envy!) and at 1pm for a mixed show including the Today’s Special Value and Amanda Harrington self-tan. I don’t usually self-tan, but I am going to have a go at doing my legs, which are much paler than usual at this time of year because of the lack of sunshine!! 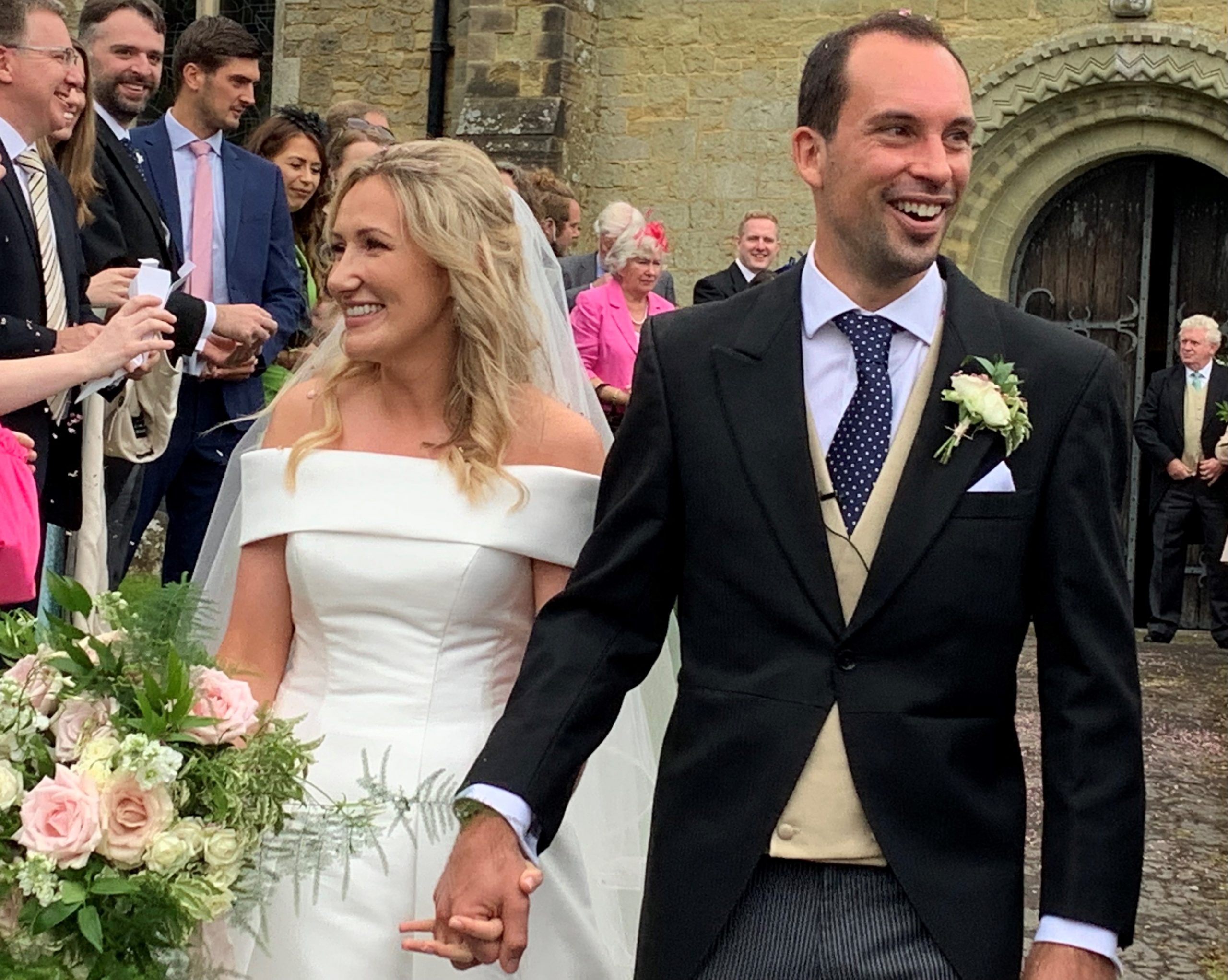 Almost time to finish and head into QVC, but just time to share a couple of wedding photos from Nicky and Martin’s nuptials, which I mentioned in my last blog. As you can see, Nicky made a stunning bride and Martin scrubbed up well too! They both looked so radiantly happy, which was probably added to with the relief of their wedding finally being able to go ahead after over a year’s delay! 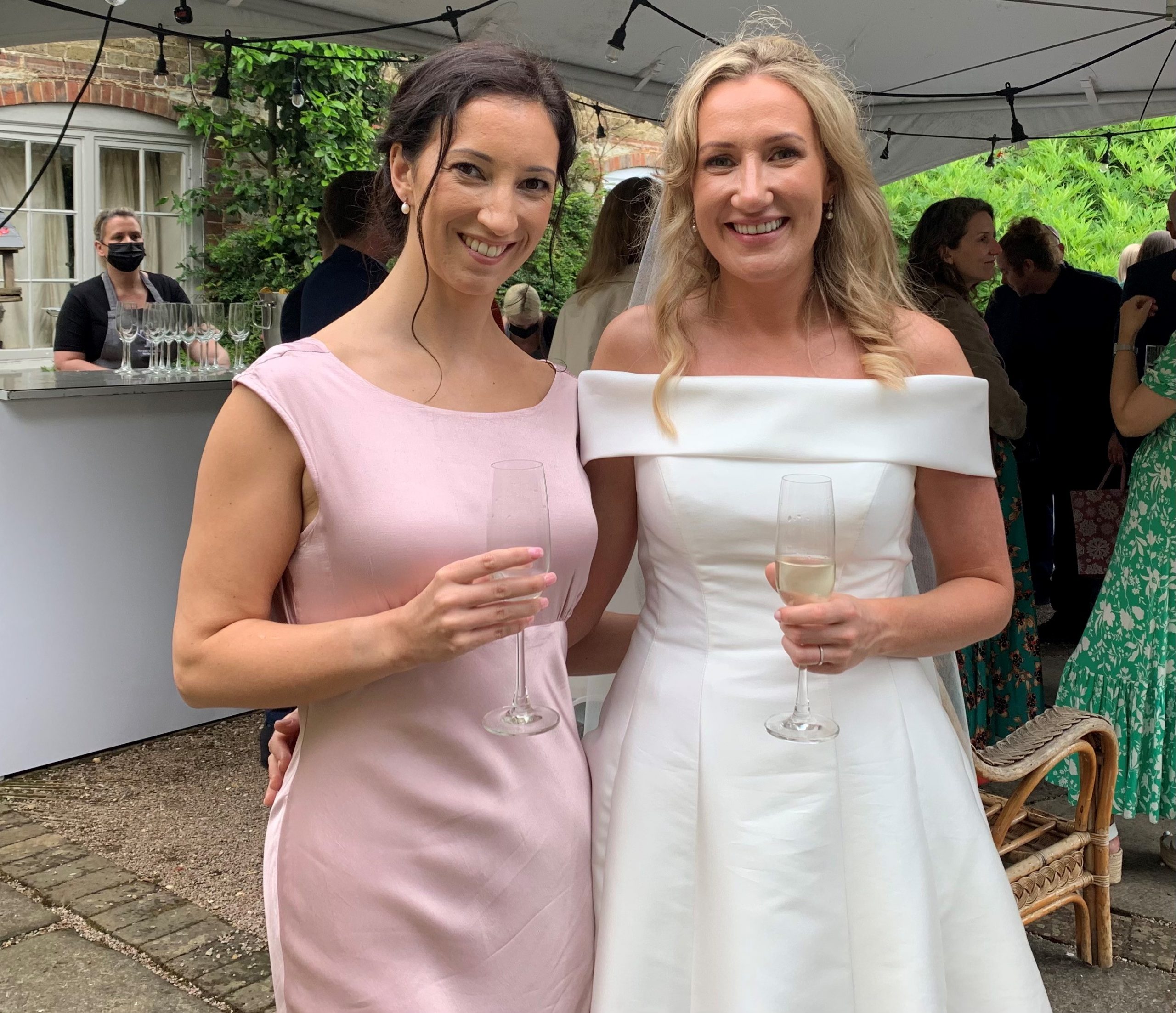 Chris and I didn’t think to take any photos of us in our ‘finery’ (rookie error) but here’s one of Nicky with our daughter, Sophie, who was her Maid of Honour. The reception was held in an open-sided marquee and despite the heavy rain earlier in the day, the weather behaved itself and the sun came out for a while. Although we left early as I was working the following morning, we were able to enjoy the Three Tenors Incognito. It’s a clever concept where the singers pretend to be kitchen or waiting staff and then break into song – thoroughly enjoyable.

Just before I finish, apologies for not replying to any comments you may have left me on here over the past few blogs. I’ve been trying to limit my screen time because of ongoing issues with my vision but I’m pleased to say that the replies are all up to date now – and thanks for your patience.

Have a great weekend in the sun that is promised!
Much love,
Julia x