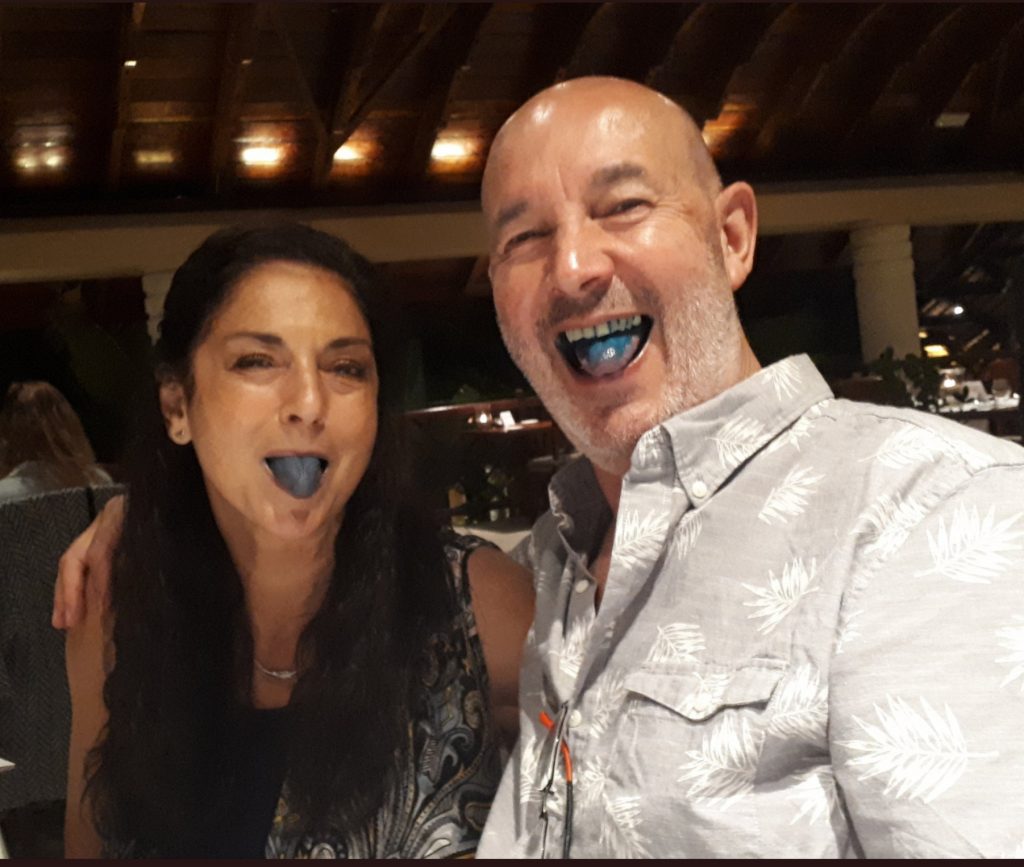 It hardly seems possible that this time last year we were in Mauritius preparing for our wedding! In some ways the anniversary seems to have come around very quickly, but in others it seems a lifetime ago – how lucky were we that the wedding wasn’t planned for this August.

I’ll put a few wedding snaps on next week’s blog as I know you enjoyed them last year, but I thought I’d share this photo taken a few days before the wedding after Chris and I had eaten blue macarons! Thank goodness the colour faded, or we would have had big blue grins on all the wedding photos!

We were planning on having a small get together to mark the first anniversary this coming Thursday, but I’m not sure that is going to work out with all the current restrictions in place – I guess we’ll have to wait and see if anything changes between now and then. 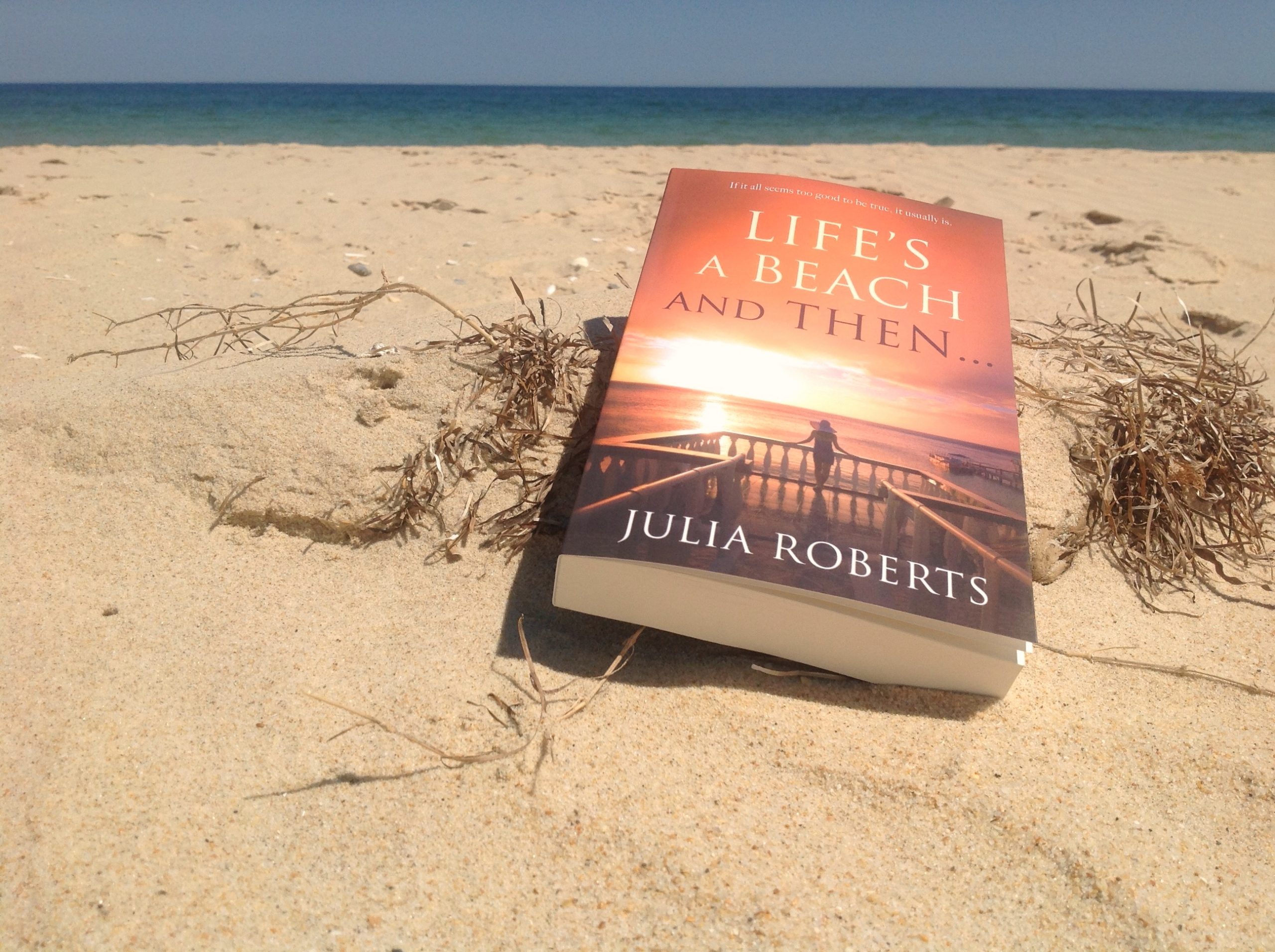 I’m sort of marking the occasion by resuming my Friday night live readings on my Facebook page, JuliaRobertsTV and Instagram live, juliagroberts. I’ll be reading a couple of chapters of my first novel, Life’s a Beach and Then… which I was inspired to write after our first trip to Mauritius seven years ago. We both loved it so much, it immediately jumped into our top three destination choices for a beach wedding if we ever decided to take the plunge – and six years later, we did!

I also talk about Mauritius in episode 49 of the QVC podcast series, hosted by Will Gowing, which will be available to download from Monday. I have featured on the podcast previously in episode 4 alongside QVC UK’s CEO Rob Muller to talk about my 26 years of QVC.

In the new episode, I’m talking about my early life and what led me into a career in the entertainment industry, starting as a dancer before moving into singing and small acting roles on television. I also used to do quite a few TV advertisements and this photo was from a series of commercials I did for the Woolwich Building Society in my pre-Price is Right days. 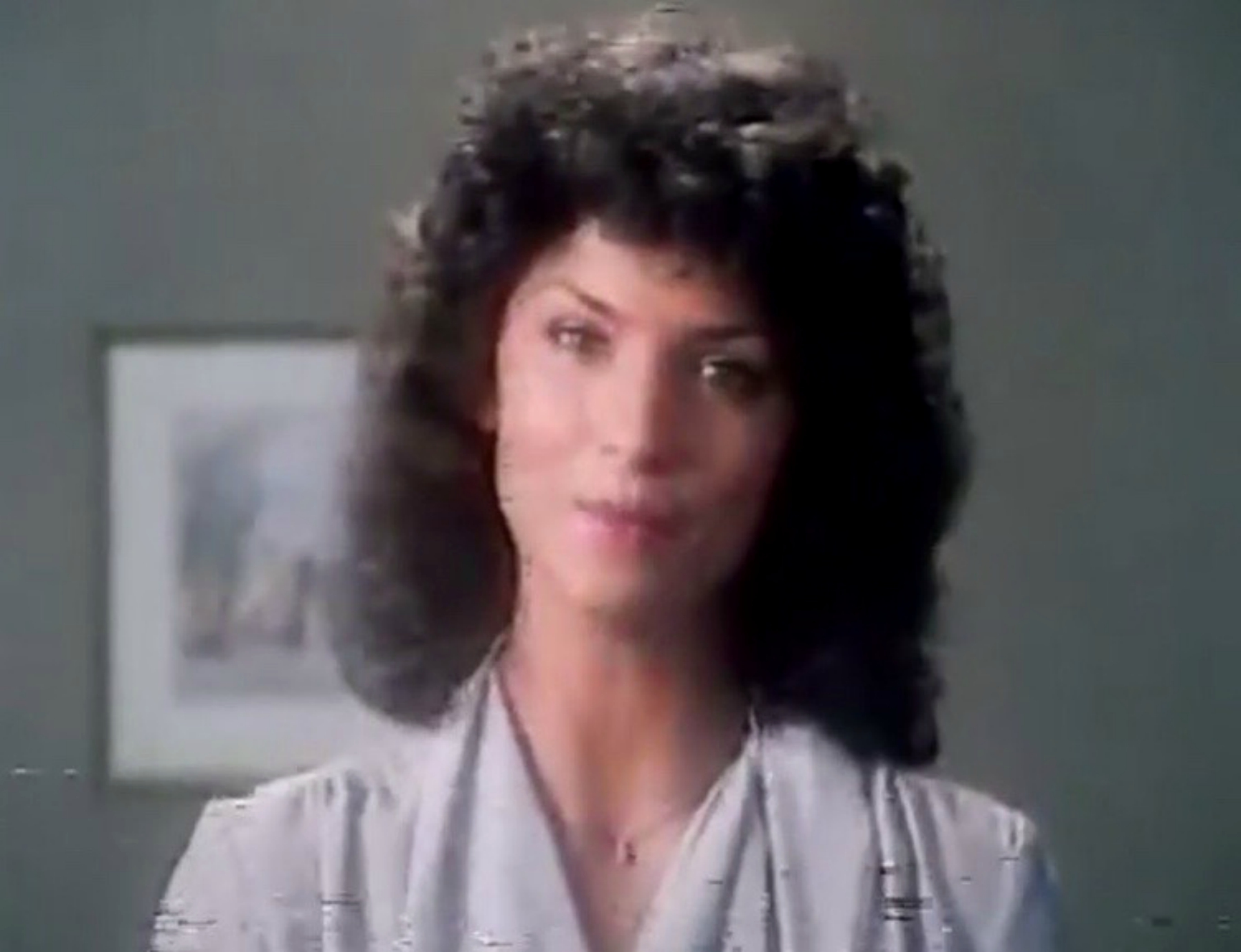 For those people who always say, ‘You haven’t changed a bit’, I think it’s clear to see that I most definitely have! So, if you like to listen to podcasts, Will and I chatted for an hour (which felt like ten minutes) and you’ll be able to download it from Monday.

By the way, the QVC podcast has now been downloaded over 50,000 times! Here’s a link to this week’s episode, featuring the fabulous Renee Greenstein of Attitudes by Renee and Women with Control.

This week I’ve been trying out the Dyson Corrale hair straighteners. I’ve been on air with them, but have never tried them on my hair, so was delighted to be loaned a sample to have a ‘play’ with. I have naturally wavy/curly hair, which I sometimes allow to blow dry as I’m driving along with the roof off my soft top. This is me when I arrived at work – I have a lot of hair: 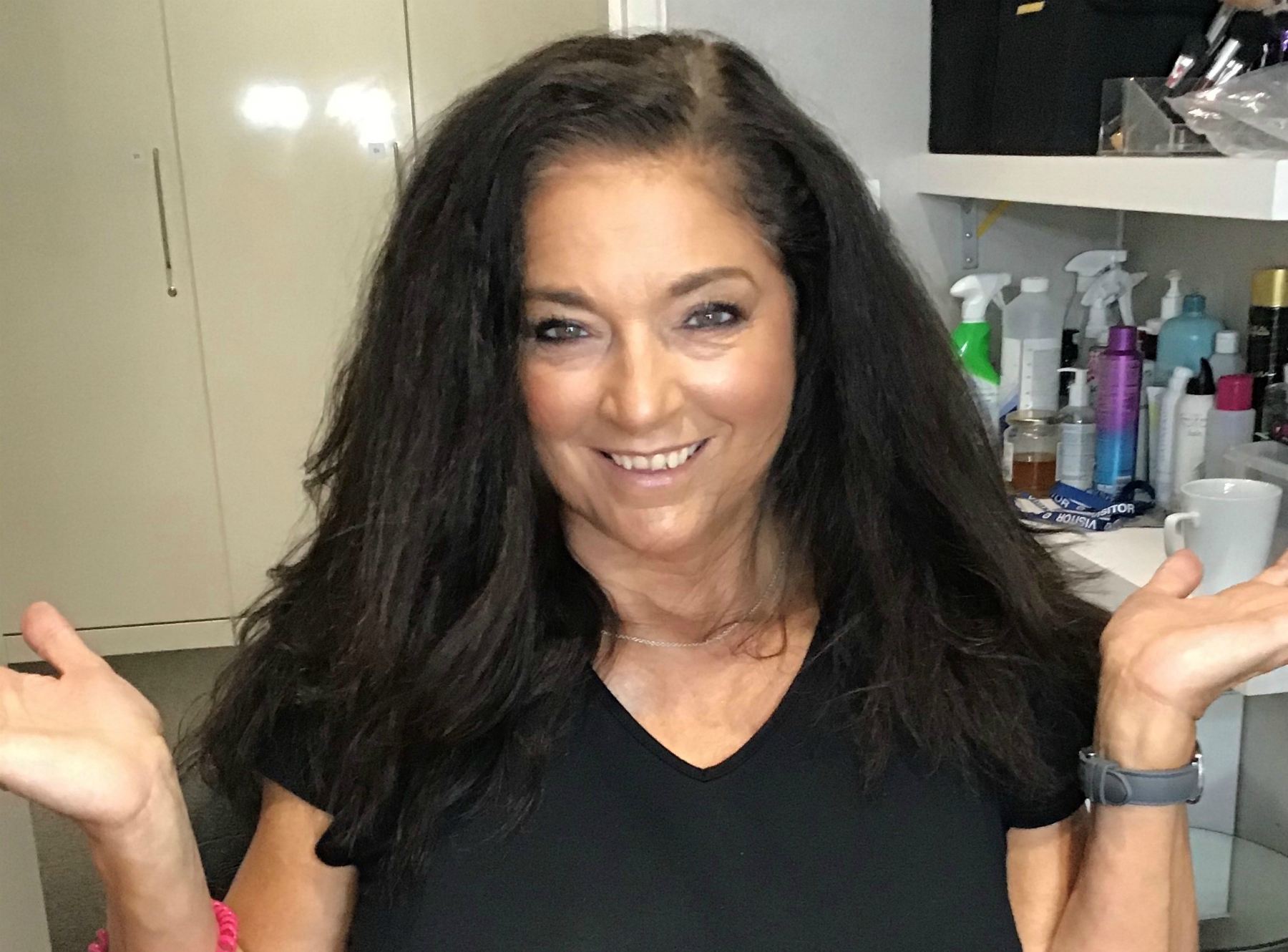 As I haven’t used straighteners for years because I don’t like the heat damage on my hair, our make-up lady, June, suitably PPE’d it for me the first time and we captured it on time lapse. Notice how my lips hardly stop moving – we do love a chat
when I’m in the make-up chair! Also notice the guest appearance by Jackie Kabler towards the end!

I’m pleased to report there was no burning smell because the Corrale is heat monitored just like the Supersonic hairdryer that I love. June was able to create my usual bouncy curled hair style. We also did a straighter look the following day for the Butler & Wilson show and lots of people remarked how shiny my hair looked. It gets a thumbs up from June for being kind to the hair, and from me because you can use it cordless and still get great results without a burning hair smell. 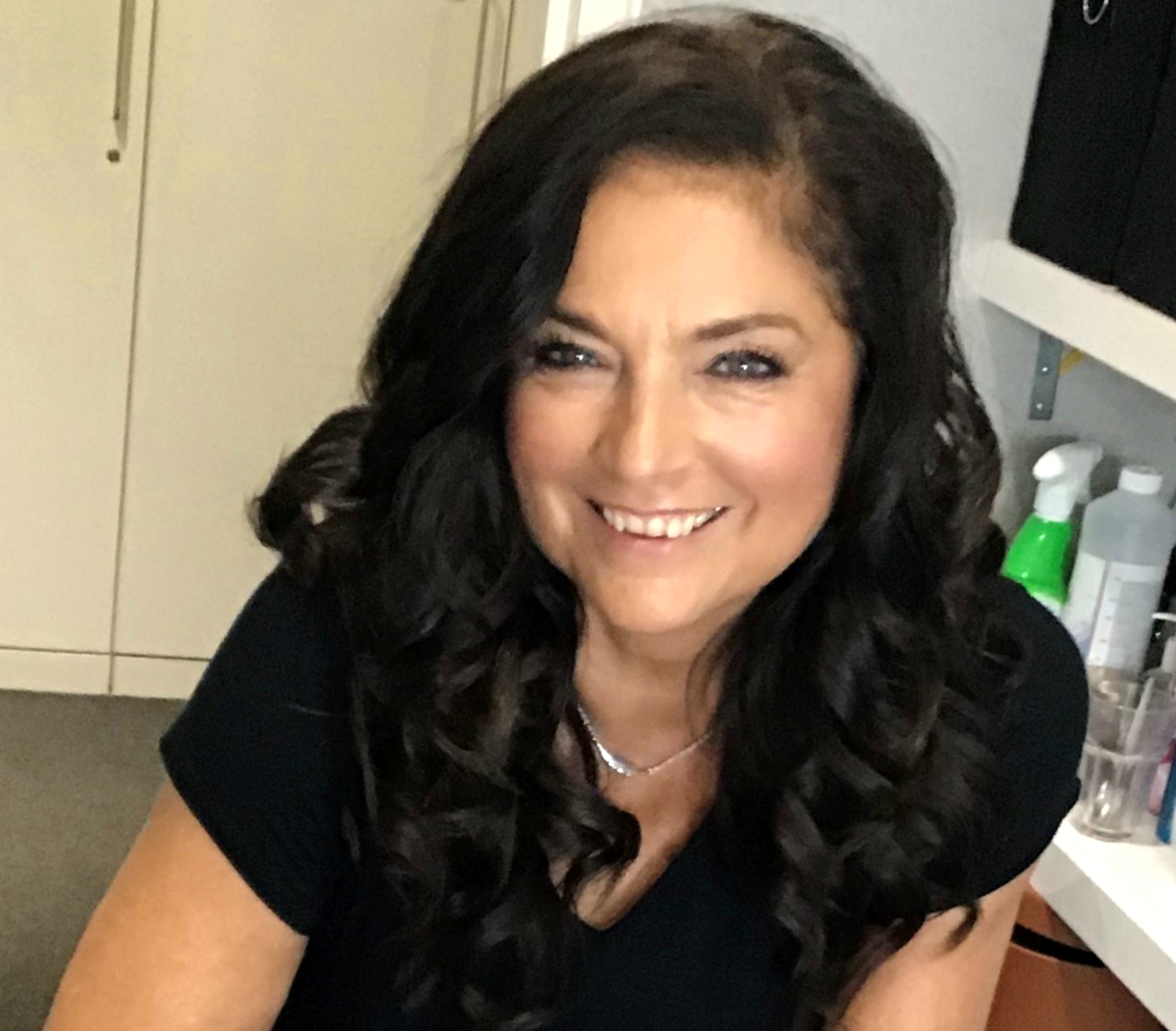 Speaking of Dyson, we have a fan TSV coming up next week (804130) and I realised that one of our fans had crept into this photo that I took earlier in the week. We’ve been meaning to have our lounge carpet and the sofas cleaned since our building work two years ago and hadn’t got around to it until now. 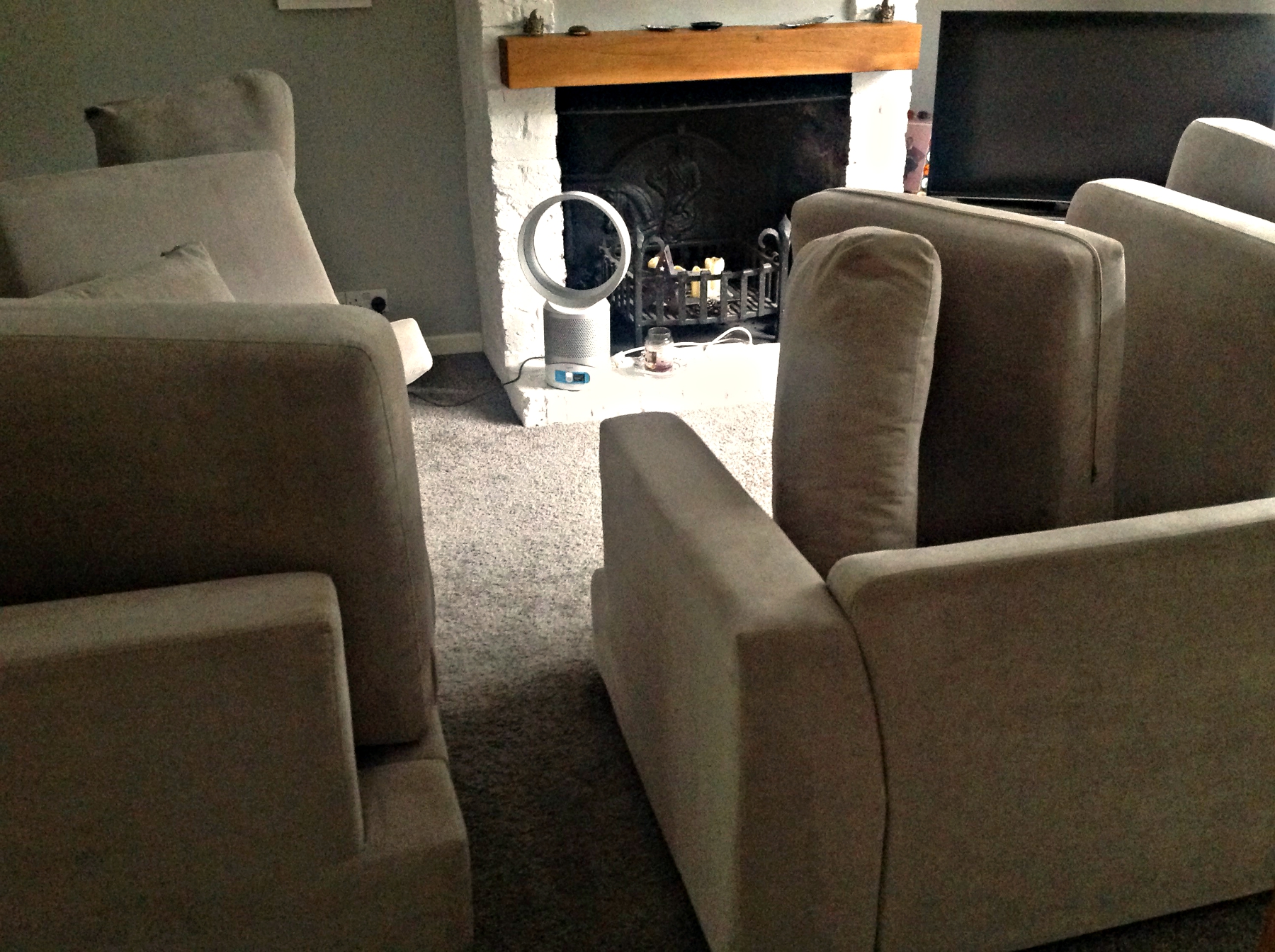 Everything had to be cleared out of the lounge to allow for the carpet to be done, which then inspired me to switch things around in there when we were able to put everything back together. We had the Dyson fan going and a Yankee candle to help the 100% wool carpet dry. 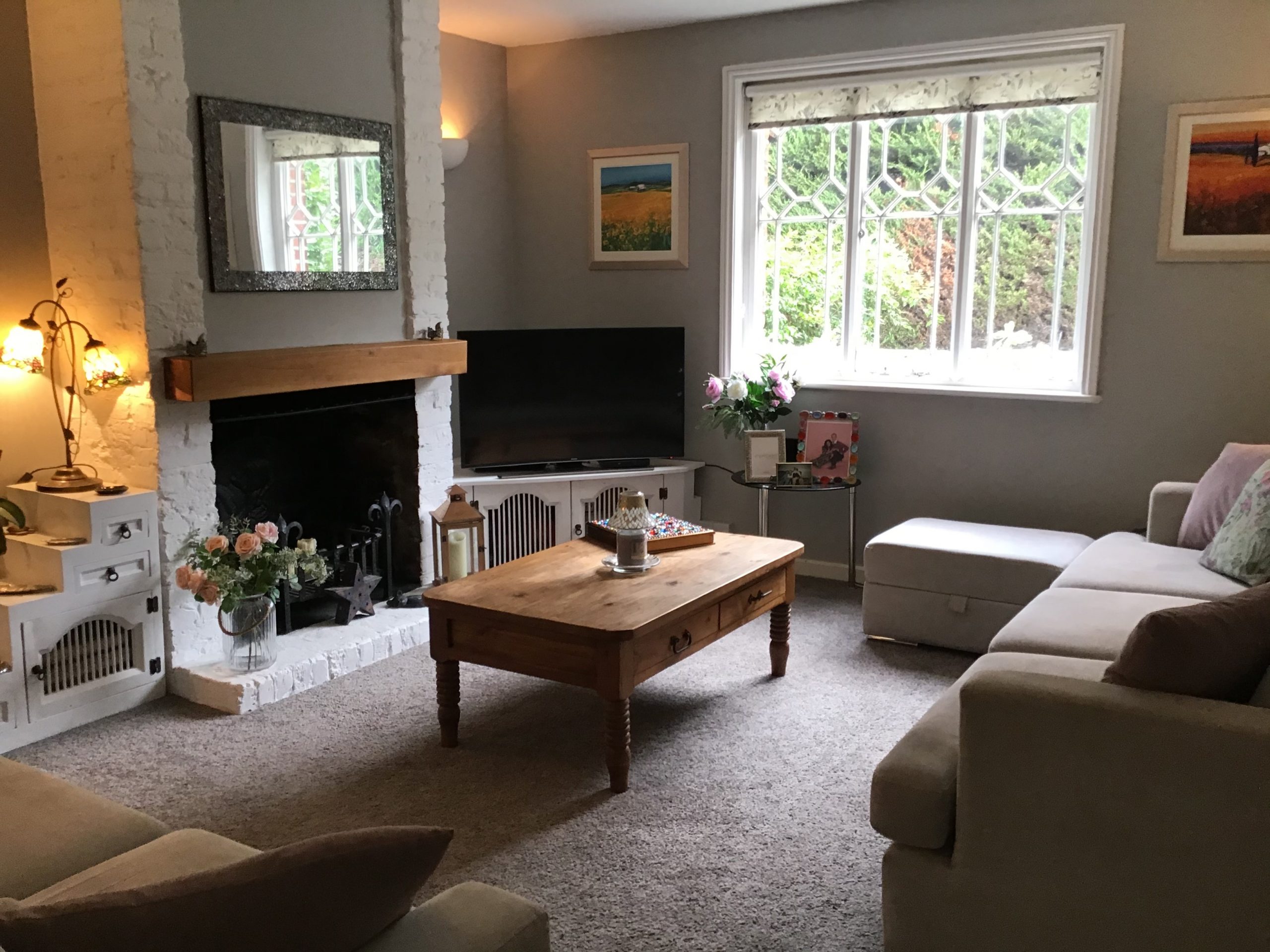 I think the room looks better slightly rejigged and it inspired me to change things around in the conservatory too, which is where Wilfie the cat sleeps at night. As you can see, he didn’t exactly help, but it does give him another option to sleep on as we moved a chair from the lounge into there. It’s no mean feat as the room is really small, but again I think it looks better. 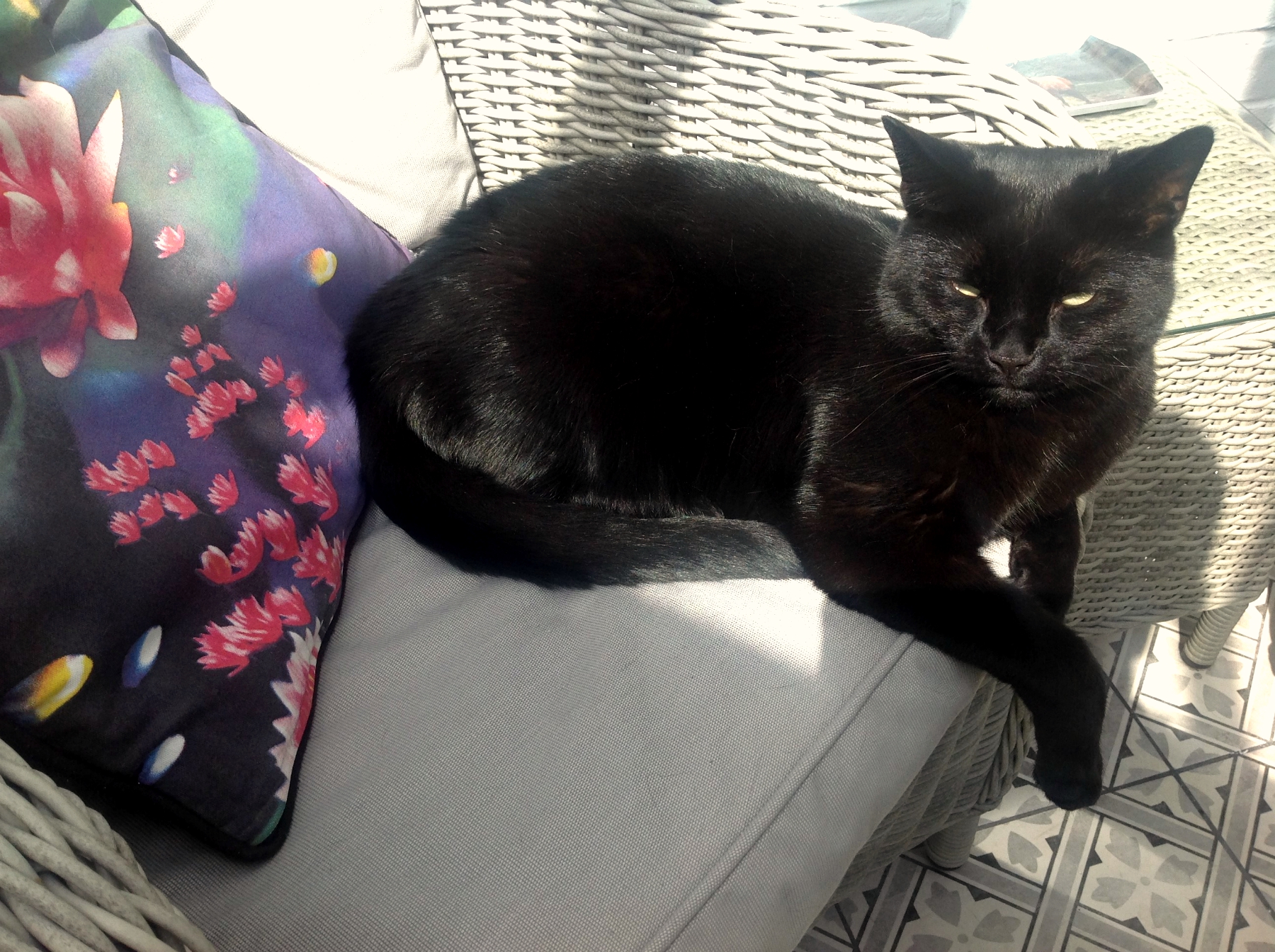 Well, before I finish, I thought I should mention that this Sunday’s Decleor TSV is already on pre-order. It’s a four-piece head to toe hydration collection, featuring two super-sized products in the 400ml of Prolagene Gel and 400ml of the Neroli Shower Gel. As you can see, my shower gel is not full because I’ve tried it out in the bath. Just to say, don’t expect it to foam a lot in the bath because it doesn’t, but my skin felt lovely and soft after a soak in it. 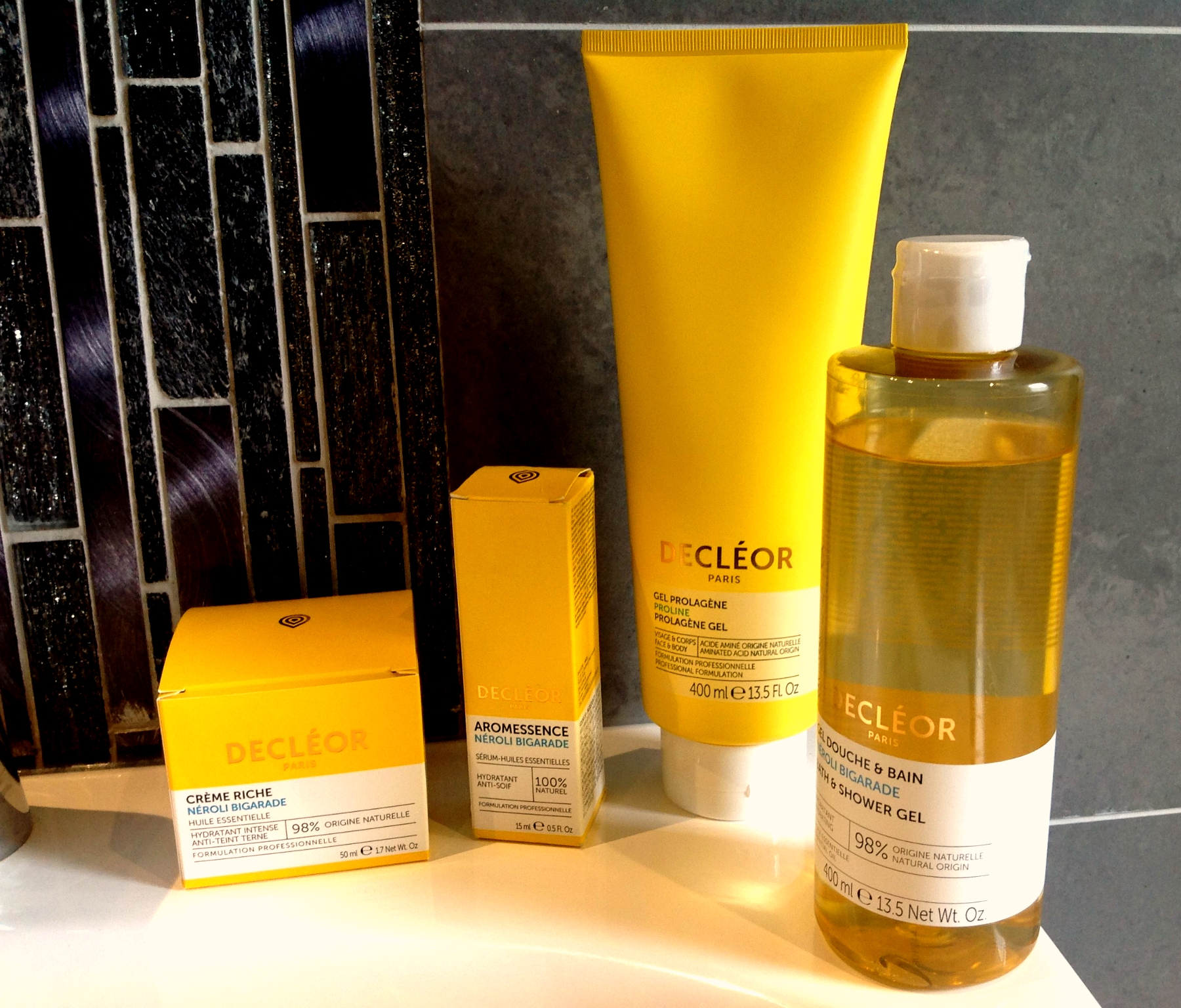 The collection also has 50ml of the Neroli Bigarade Day Cream (formerly Hydra Floral) and the Aromessence Serum. It’s a saving of over a hundred pounds, so stock up if you love it or use your 60-day money back guarantee to give it a try.

I have more annual leave to take, so I won’t be on air after today until 1st September. ButI will be doing a blog next week and remember, you can hear my voice on the podcast from Monday.