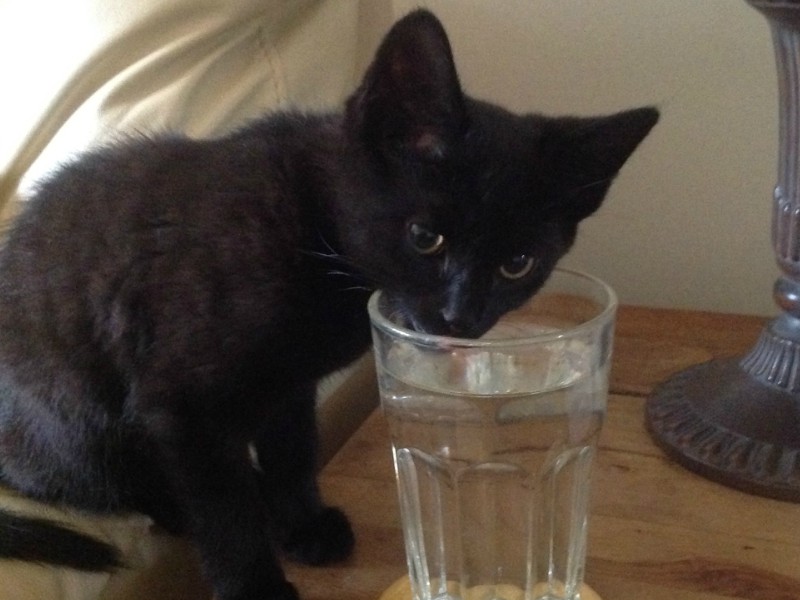 I’ve been saying for the past couple of weeks that I would try and get a video of Wilfie ‘playing football’, but he must have overheard me, because he is refusing to ‘play ball’! So, rather than a photo of him now, I thought I would change things up a bit by having a throwback picture of him.

This was taken in November 2013 when he was only a few months old, but he still prefers to drink his water from a human glass rather than a cat bowl. We can’t risk leaving glasses around because we never know if he’s helped himself. I wonder if any of you have cats who prefer vessels other than their cat bowls to drink out of? I will keep trying to get the elusive football video though, as it is funny to watch!

I do have a video for you this week. Wednesday was International Dance Day and we’d been asked to film ourselves ‘throwing some moves’ that could be edited together for your amusement – I hope you saw it as it was very good. I’m rather immobile at present, so decided to do a ballet ‘port de bras’ video – anyone who did ballet when they were little will recognise the arm positions, I’m sure… the jazz hands at the end were thrown in for good measure!

Last week’s blog featured a photo of the cookies my son made, but this week’s baking photo is all my own work. I haven’t made fruit scones for years, so I was pretty pleased with the way they looked, but they tasted even better. 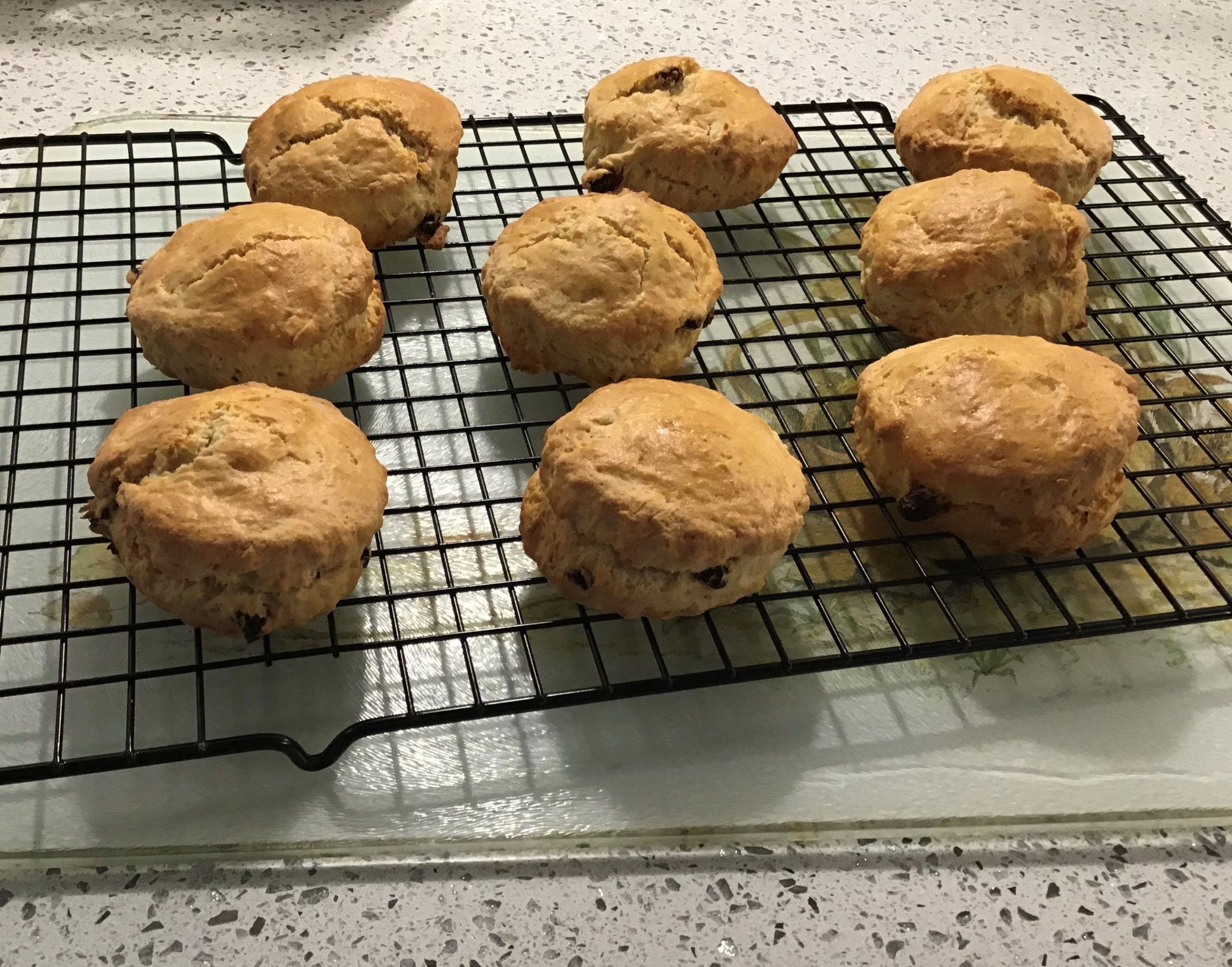 The big question is, how do you have yours? Are you a cream or jam first advocate? Honestly, I’m not fussed, it’s the combination of all three elements that is so delicious. 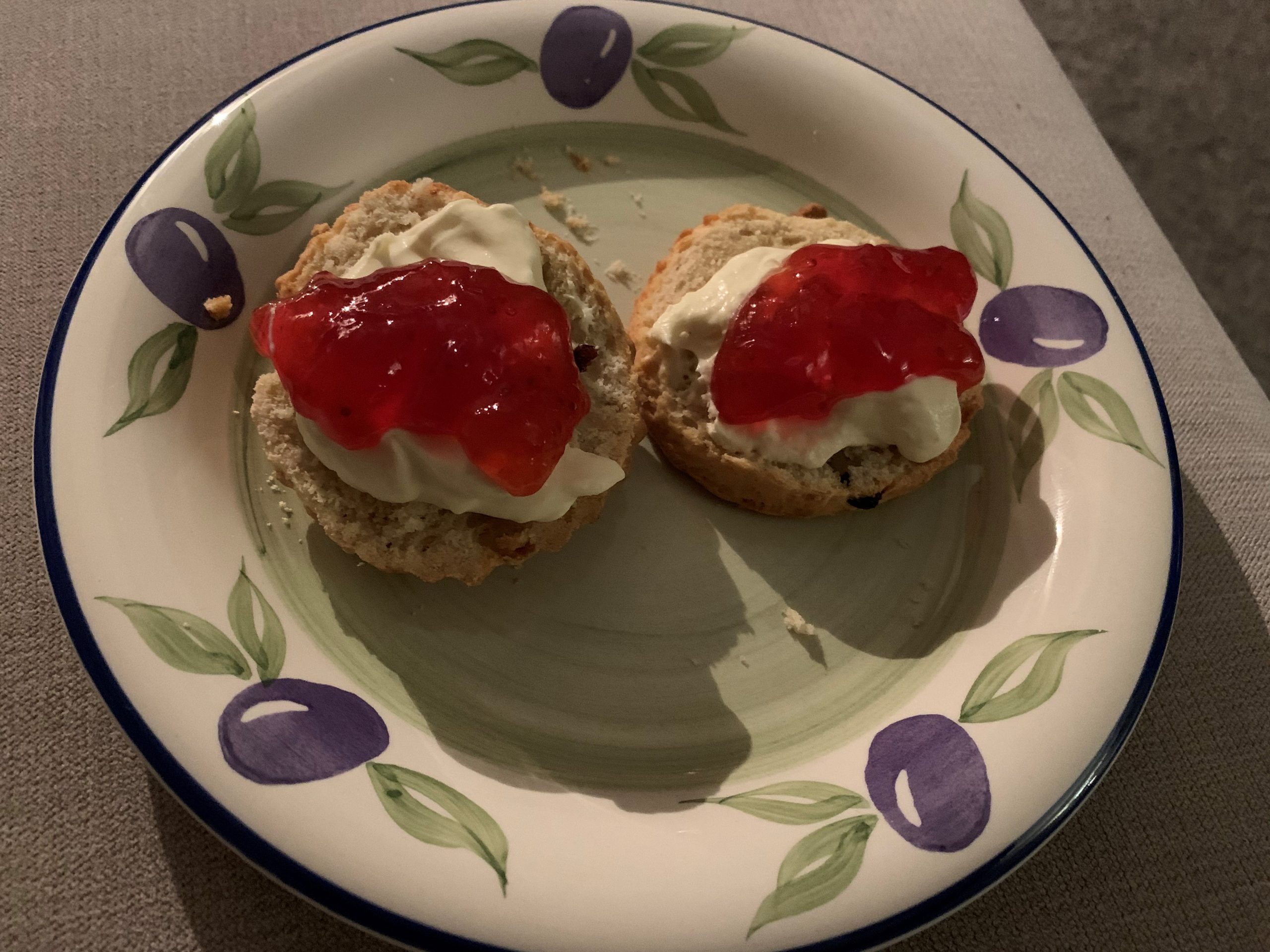 We treated ourselves to one each at the halfway point of last night’s virtual pub quiz – it must have fuelled us up nicely, as we scored a whopping 44 points out of 50, our best yet!

As well as quiz night, we now have a dedicated ‘Lockdown Movie Night’. Wednesday was our first one and I took a photo, including a scene from the beginning of the movie – do any of you know what film we were watching? I’ll reveal all next week. 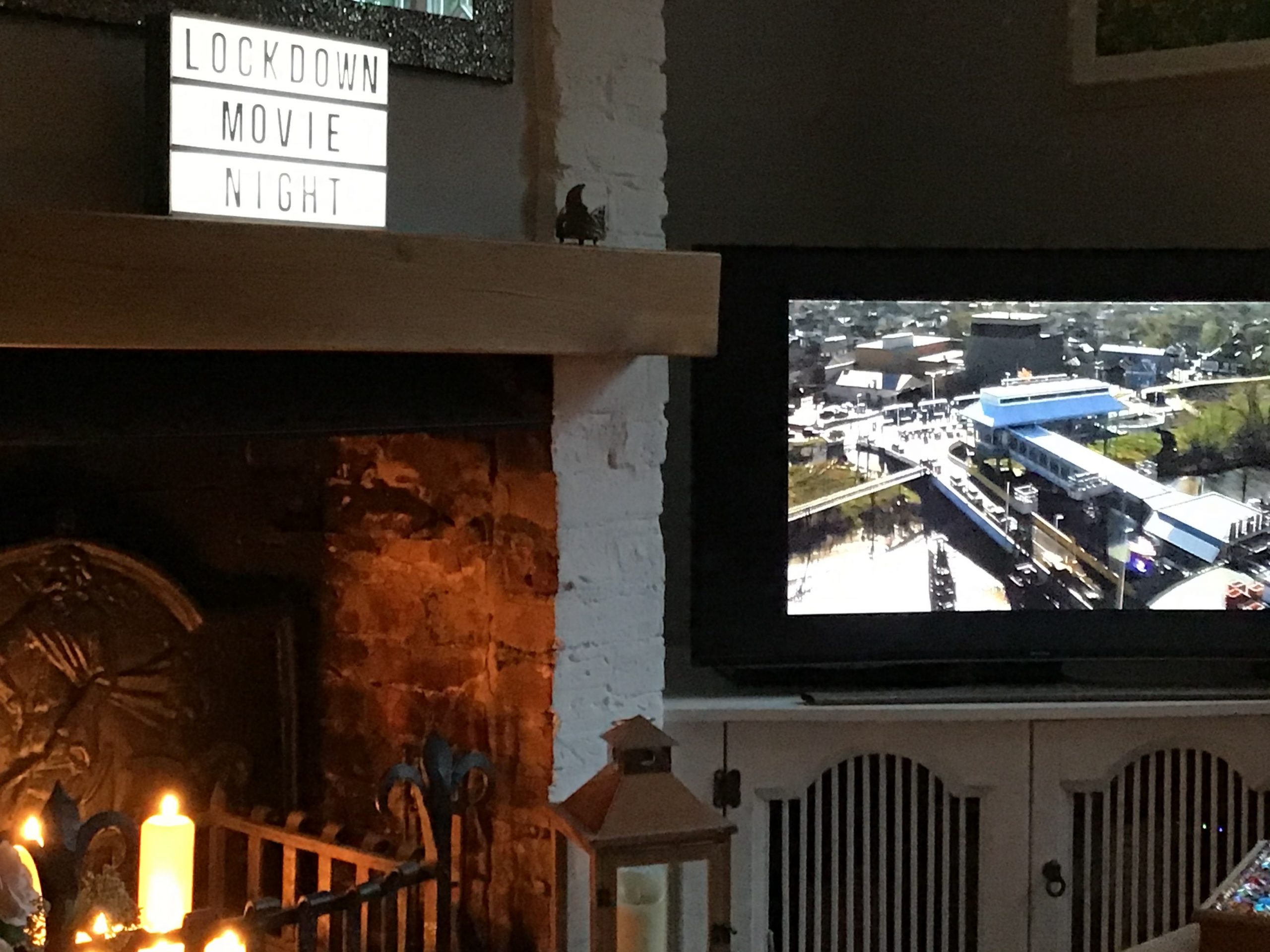 So here is the update on the tree fern – as you can see, it has grown a huge amount in just seven days, but probably the rain has helped with that. 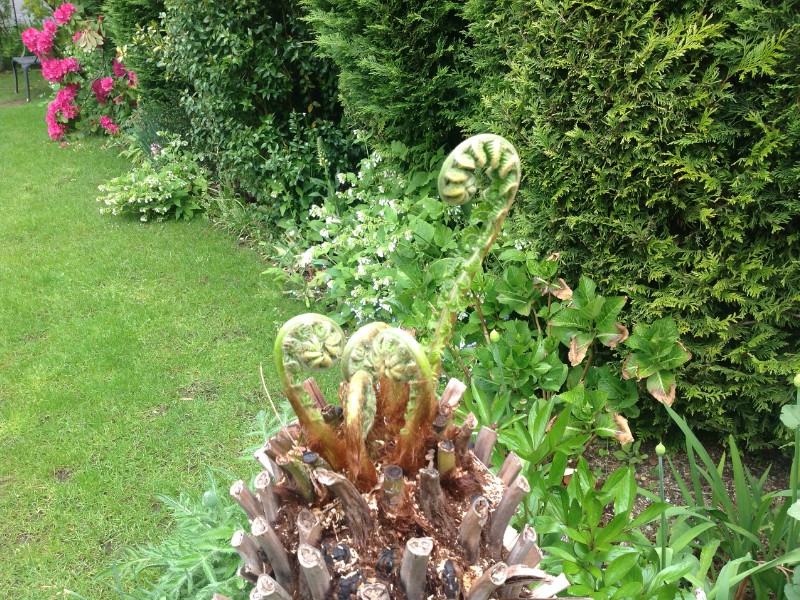 I’m looking forward to getting my Thompson & Morgan bedding plants in this weekend as I’m not in at QVC.
I am in later this afternoon though, with Ultrasun at 4 p.m. As well as the Today’s Special Value, I’m delighted to say the beauty supersize for May is the Tan Activator SPF 30 for the body – my favourite Ultrasun product! I also recognise these legs modelling so beautifully… no, not mine, they belong to my daughter, Sophie! We really are an Ultrasun loving family. 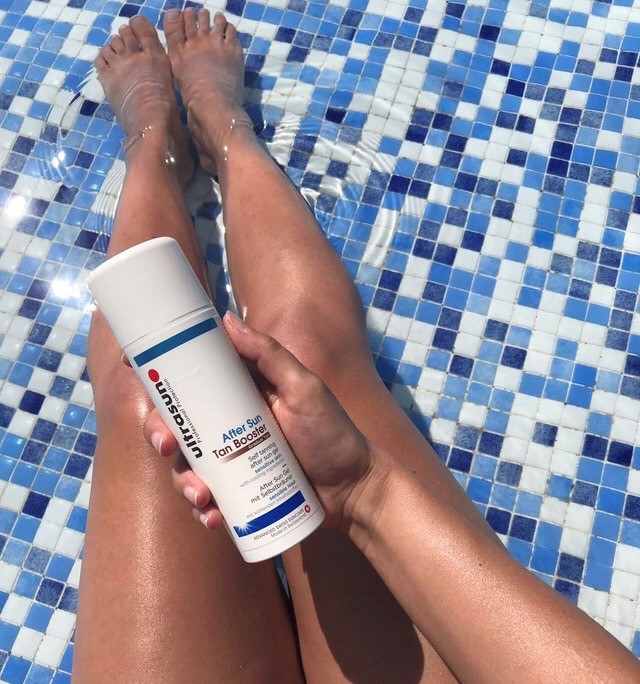 Can you believe we are already in May, which means publication date for my next novel is four weeks away – I did the final proofread this week, so I hope I’ve caught all the typos and missed punctuation. It’s had some really positive early reviews from book bloggers, so fingers crossed it will be well-received when it comes out on the 29th. In the meantime, my last free kindle offering starts tomorrow for Carol’s Singing – if you love a wedding, this could be right up your street and again, it’s only a short read.

Hope you have a good weekend, whatever you’re doing to keep yourselves amused during lockdown, and I’ll see you on QVC, (after today) next Thursday.